The last day of Twenty Twenty-Two is coming to a close, with its final sun setting all over the globe on an empowered and proud Blender community and project. Blender, celebrating 20 years of Open Source, once again stands as a creator's beacon of stability and hope, in a world where comfort and meaning feel more impermanent than ever. This year, Blender built on the 3.x foundation laid out in the last, and released four massive releases, a new Blender Studio helmed Open Movie project "CHARGE", and its first (and biggest) Blender Conference since 2019! Blender is now actively being used by millions across all industries, empowering artists, designers, engineers, developers, and more, with the freedom to create. In this post, I will be taking a look at some of the key takeaways for Blender over the past year.

The Year of Massive releases

The new release cycle post-Blender 2.8 provisions for four releases per year, each three months apart. While last year saw "only" three releases thanks to a double development dip for the 3.0 release, this year, we were graced with no less than four major Blender versions, including an LTS release. 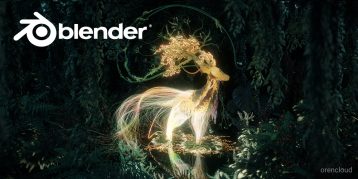 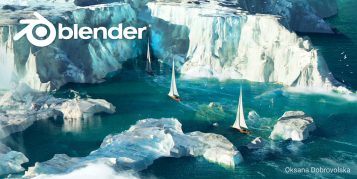 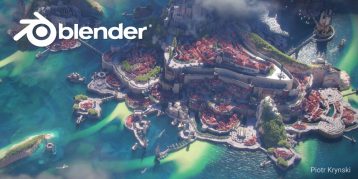 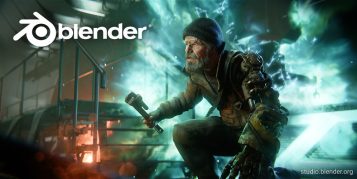 Blender received groundbreaking features and updates over these four releases, making the DCC a formidable player in the field, and setting the stage for a decade of Blender.

The Features of the Future

2022 was a momentous year for Blender's overall power and capabilities, with the addition of incredible new tools, and the overhauling of mainstays.

A huge number of other features were added over the past four releases, including huge improvements to the paint and sculpt modes, various animation tools improvements, more mature library overrides controls and functionality, Asset Browser updates and much more than possible to list here. Check out our coverage of the 3.1, 3.2, 3.3 and 3.4 releases for a thorough look at what Blender gained this year.

As it is now tradition, Blender has released the list of the top 27 committers to Blender's code in 2022, giving a bird's eye view of some of the most active contributors to the software, and the people making the magic happen.

An interesting metric is the fact that 22 out of the 27 top contributors in 2022 were funded by Development Fund grants, which on one end is great news as to the expanding financial capabilities of the Blender Foundation, and on the other shows that supporting the Development Fund actually works and directly contribute to more and better Blender! And lastly, a huge thanks goes out to all volunteer contributors, who are doing stellar work and helping build the future of Open Source content creation software.

On The Road Again

2022 was the year Blender got back to wowing people on stages and conference floors, transformed and upgraded to new heights after a three year absence/development sprint:

Not to be outdone by its flagship releases, the Blender organization itself also had several updates over the past year:

The Freedom to create

With all this power Blender provides, comes great productions. Here is a small sample of the great Blender projects released this year:

CHARGE by the Blender Studio:

Blender Studio's latest open movie, CHARGE, was an ambitious attempt to make a cinematic grade short (reminiscent of the highest end gametrailers) using Eevee. The results where astonishing, and the project itself was a proving ground for Eevee, Geometry Nodes, and Blender's new hair system. Check out the Blender Studio website for a full behind the scenes access to their processes, assets, scenes, and more.


"Scooty" is an impressive live action and VFX short film made by Peter France, a long-time Blender user known for being a part of Corridor Digital, the largest CG/VFX content creators online! Three years in the making, the VFX short impressively features a full CG character for the majority of its 17-minute runtime, spread over hundreds of VFX shots. The quasi-totality of the CG and VFX work was done by Peter, with the majority of the CG being done in Blender, in addition to Substance for surfacing and After Effects for compositing.

William Landgren is a 16-year-old Blender whizz from Stockholm, who was already featured last year for his short film "The Drink". This year, he upped the ante once more with his beautifully rendered, lynchian "Impetus"


Maere studios produced this oniric music video for artist Father John Misty. Maere Studios has worked on feature films such as The Green Knight and The Wanting Mare, the latter being written and directed by the studio's founder Nicholas Ashe Bateman, a self-professed Blender user and fan.


This epic Happy-Tree-Friends-meets-Apocalypse-Now feature film made entirely with Blender premiered in Annecy this year to critical acclaim. It's a Spanish-French production, and heavily uses Grease Pencil along with some innovative techniques developed by Christophe Seux and Samuel Bernou (I Lost my Body) at Autour du Volcan studios. The film is having its theatrical run in France now, make sure to catch it if is screened in your country! (Fun Fact: I had the honor to work on it through ADV studios!)


This indian Blockbuster was a massive hit, and studio Makuta VFX delivered hundreds of shots for the epic "RRR" blockbuster mostly using Blender! Studio CEO and Co-Founder Pete Draper shares that Cycles was the gateway drug that brought Makuta to Blender, via the "Cycles for Max" port. In 2019, the studio started migrating away from 3ds Max to a full Blender pipeline. Check out the user story on the Blender website for a more breakdowns and information.


This year the suzanne awards returned, here are the three winners:

For more great work produced by Blender artists, check out our weekly Best of Blender Artists posts,including the 2022 winners our Behind the Scenes series, and our Best Blender Art on Sketchfab series here on Blendernation. Check out Blender.org's user stories to see how big studios incorporated Blender in their workflow.

I ended last year's recap with the same title, however I can't think of a better one this year: every year seems more Blender-full than the next, and 2023 is shaping up to be no exception: Cycles keeps getting better and faster with Many Lights Sampling coming soon, Eevee Next Is rearing its head over the horizon, Geometry Nodes will feature simulations in the next Blender release, the realtime viewport compositor seems to be very close as well, plans to host an official Blender extensions platform, plans for Blender Apps and templates and much more. This powerful feature-set, combined with wider industry adoption than ever and an ever-growing supportive community, bodes well for the decades-old open-source champion in a traditionally volatile space.

It's been a pleasure and a privilege covering Blender's development news for you over the past few years (I have recently crossed the 500 post milestone!) and I can't wait to see what comes next. Stay tuned! 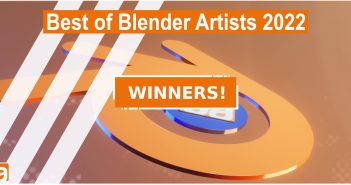 Previous ArticleThese are the winners of the Best of Blender Artists 2022!

Next Article Creating an animated cartoon fire in Blender