Attention, all Blender fans! The wait is over – Blender 3.4 is here, and it's better than ever. Almost a year to the day after the release of Blender 3.0, this release closes out an incredible year for Blender with a bang.

Blender 3.4, perfectly sandwiched between the momentum of the first Blender Conference in years and the biggest one to date on one hand, and the upcoming release of the latest and greatest open film "Charge"(project Heist) on the other, brings the 3.X series to new heights, almost at the middle of the series' lifecycle.

Cycles stealing the show with a huge leap forward? This won't surprise anyone, as Blender's venerable path tracer has been getting great amounts of love lately, making it one of the best production renderers on the market.

Show me the way

The latest addition comes courtesy of Sebastian Herholz, an Intel path-tracing engineer who has been greatly contributing to Cycles, not the least with this star contribution, Path Guiding! Check out his presentation at the Blender conference for a detailed look at what Path Guiding is on the video below(I got to meet him at the conference as well, incredibly generous with his time!):

In short, Path Guiding is a light transport algorithm that greatly increases efficiency in scenes with difficult light paths, giving much less noisy renders and forgoing the need to do all the assimilated trickery (hidden lights to simulated bounces, etc) to get the render engine to bend to our will. Here are some impressive example of it in action, without and with path guiding, at equal render time 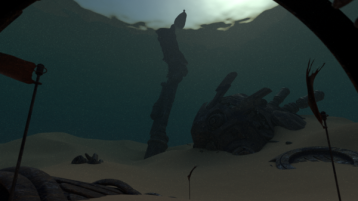 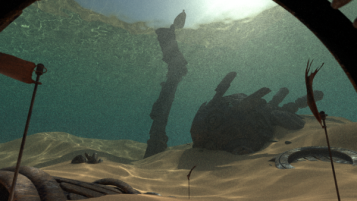 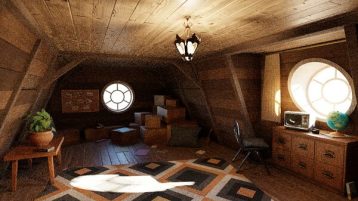 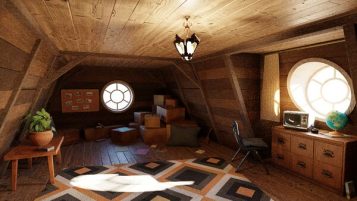 This currently only works on CPU as the library it depends on, OpenPGL, doesn't have a GPU implementation yet. This is in the works, however, and time will only tell what crazy performance improvements awaits us next!

Another unsurprising yet exciting development: Geometry Nodes gets another batch of new nodes and workflow improvements courtesy of the never-sleeping Geometry Nodes team!

The best view in town

The most exciting addition this time around is the long-awaited viewer node, a late-year gift by Jacques Lucke to the noodling community at large. The viewer node now works as expected, with a trusty node-wrangler-driven "ctrl-shift-click" connecting the current node to a viewer node and showcasing its geometry and/or attribute outputs right there in the viewport. Here is a video of it in action:

Geometry nodes got more than 20 new nodes and a new evaluator for better performance in complex node trees. The new nodes include a set of mesh topology information nodes, three new nodes replacing the transfer attribute node (for more power and modularity), and a distribute points in volume among other things.

Check out the release notes for every new node added, and check our recent Nodevember 2022 coverage to see their awesome power in action in the hands of the brilliant Blender community!

The Blender trinity is complete with the mention of Grease Pencil, the third axis of superfast development in the software. Let's start things off with GP's godfather Daniel Martinez Lara's "Grease Pencil Reel", which showcases the wide adoption this tool has received and how far its come, to wet our appetites (I got to work on Unicorn Wars which was featured in the reel, the first fully Blender/GP Feature film releasing in cinemas early next year!)

Fill in the blanks

A new and improved fill tool made its appearance, with an improved algorithm and functionality, as well as better visual feedback while its working. Check out the example below:

A new outline modifier has been added to grease pencil's massive modifier stack (one of its strongest features, non-destructive modular proceduralism!).

This is the perfect opportunity to brush up on GP's 26-strong modifier offering, thanks to Mumu Mundo's very thorough overview:

After the addition of UV nodes to Geometry Nodes last release, Blender's UV editing tool set once again gets a major bump in usability with a slew of new features added by Chris Blackbourne, with the major addition being the addition of a relax brush to the UV sculpt mode, and new operators such as Randomize Islands and UV Align Rotation, and much more. Here is Pablo going through some of these new features:

The sculpt mode Auto Masking workflow got a UI overhaul by Pablo to make its operation much easier and more intuitive.

And a new cavity automasking mode was added by Joseph Eagar.

Check out the official 3.4 overview over on the Blender.org website, Pablo Vazquez always goes above and beyond with the design to show what the latest Blender has to offer. Now, time to download Blender 3.4 and put all of these new features to the test. Happy Blending! 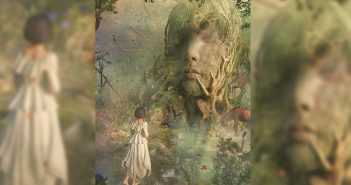 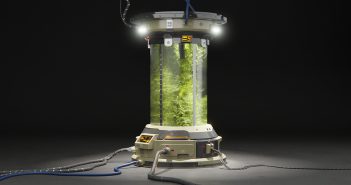