Paul Chambers has spent the last few months working on a motion tracking project to sharpen his CG skills. Check out the result and learn about his journey in a behind the scenes article.

You may have seen Paul here before - he has posted several cool projects and tutorials here, and he'll be speaking at this year's Blender conference!

I wanted to put together a short piece of work that captured how I feel about the current upheaval in American politics. This proved to be a great opportunity to sharpen my skills integrating CG into live action.

All motion tracking and CG elements were created in Blender. Texturing in Substance Painter. Compositing in Nuke, and finishing in DaVinci Resolve. A great opportunity to plug Blender into a heavy-hitter pipeline. I ended up using just about every key 2.79 feature during the making by using several 2.79 builds during its development. Shadow catcher was used to render shadows from the two drones on the surrounding architecture and the cars and de-noising was used for all rendering. Finally, the filmic workflow played a huge part in creating seamless lighting integration with very little tweaking needed to match the footage.

A huge thanks must go to Troy Sobotka, the creator of Filmic Blender for his guidance in using a Scene Referred Workflow throughout this project and to Andreas Russo for his incredible sound design.

You can learn more about the Scene Referred workflow here, and see plenty more behind the scenes at my website. 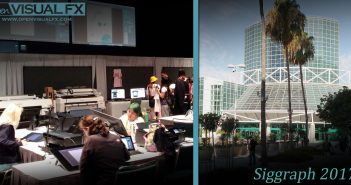 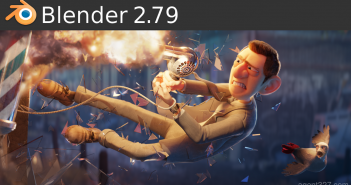