Each new Blender release is a moment of celebration for the Blender community, a culmination of thousands of man-hours by Blender Foundation developers and community contributors, and most importantly another step forward for the open-source industry up-ending behemoth. This release has the extra credit of being the second LTS release since the launch of the eponymous program, making it the latest release of predilection to be used on many large-scale productions for the years to come.

Blender 2.93 LTS marks the final entry in the 2.X era, with the following "3.0" release being the first to change its first digit in around two decades. The 2.X era is certainly going out with a bang, with the fleshing out of Geometry Nodes into a fully-fledged toolset, the inclusion of the long-awaited LineArt modifier, massive performance improvements, and much more.

Geometry Nodes made a huge splash in the previous release, even while being in its first "basic iteration". The Geometry Nodes development sprint was still in full swing for this release, bringing forward a slew of new features and capabilities, including a bunch of new nodes, access to more attributes, and the first iteration of the fabled spreadsheet editor. 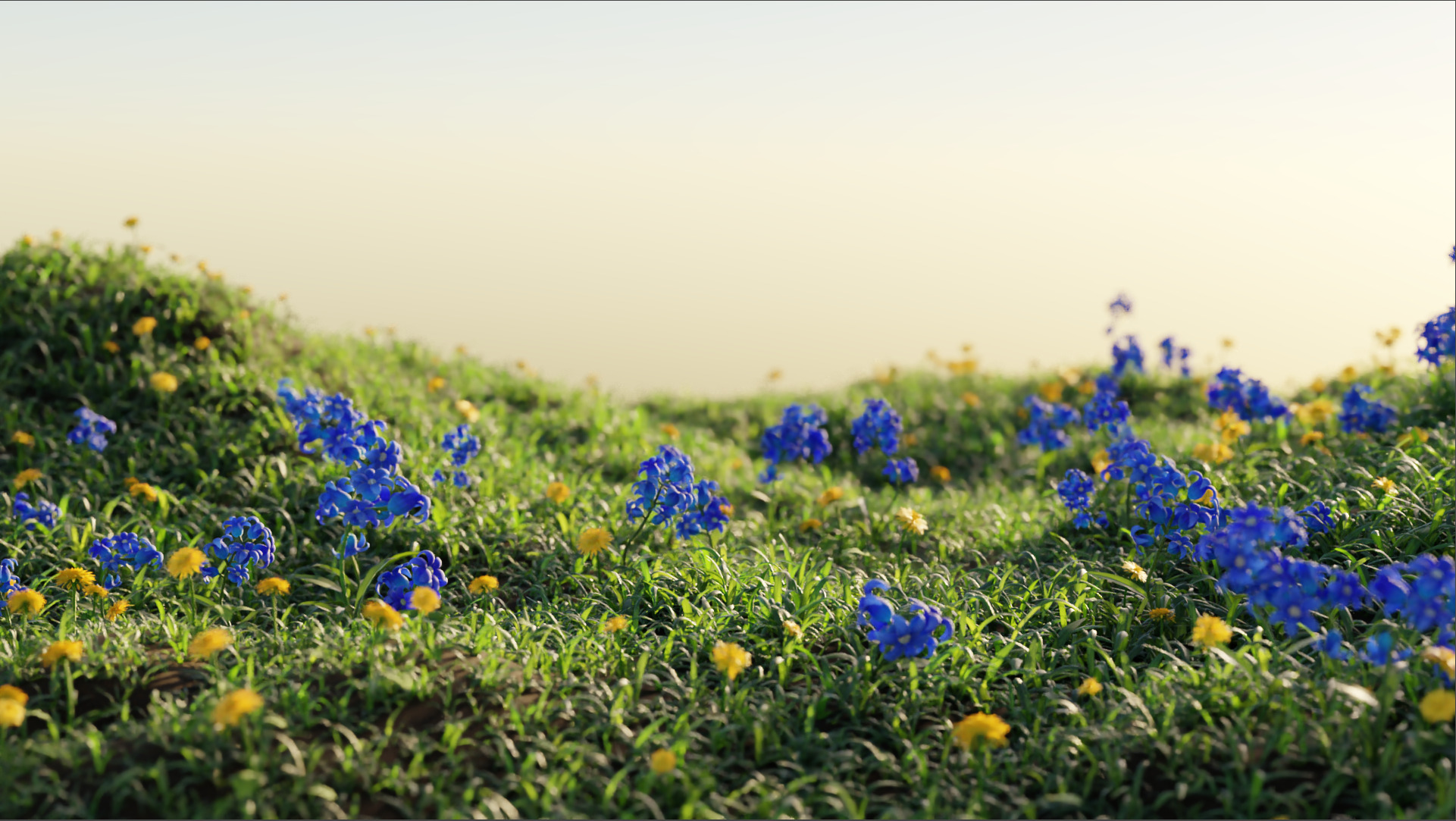 A sure sign of the commitment to the Geometry Nodes project and its growing maturity is the splash screen of this release, an incredible fully-procedural Geometry Nodes-based render by Erindale Woodford. 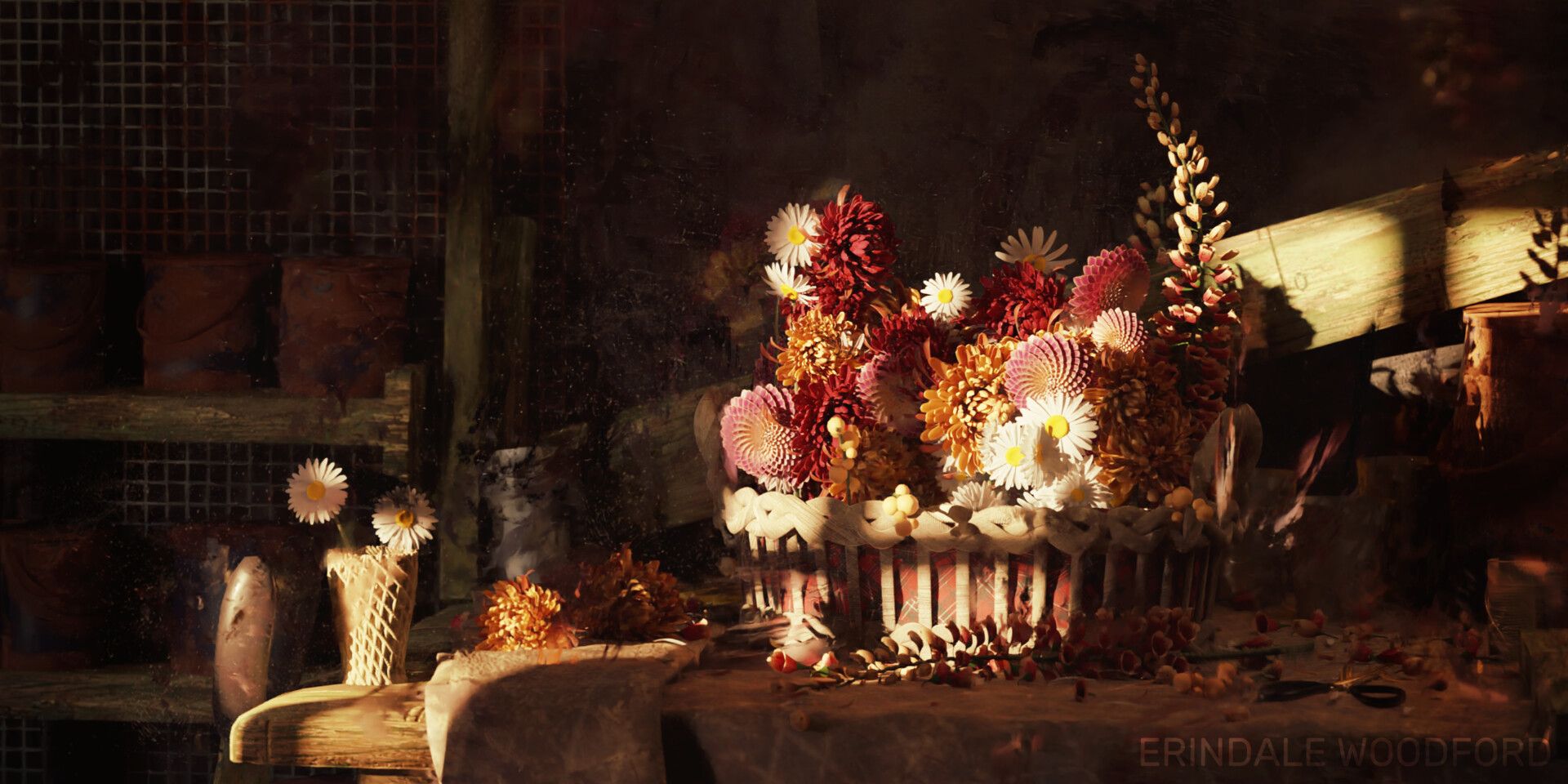 You can watch the 14-hour full process video Erindale posted on his youtube here, or download the scene here.

No less than 22 new nodes have been added for this release, including the long-awaited Primitive Nodes which finally allow parametric control over the primitives after their creation, the Attribute Proximity  Node which opens the doors for advanced motion graphics as well as content-aware set dressing, and much more. 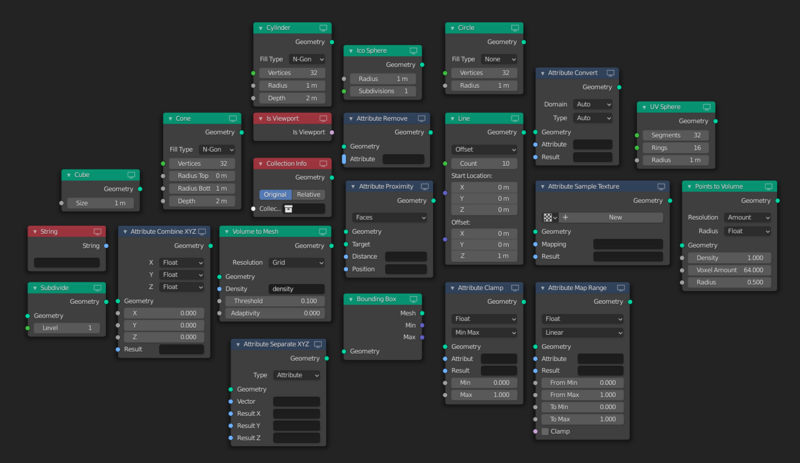 The family photo of the 22 new nodes available in 2.93's Geometry Nodes

With this expansion of capabilities and feature set comes a rise in complexity, which makes the new Spreadsheet Editor the perfect (and necessary) companion to debug and wrangle more complex node setups. 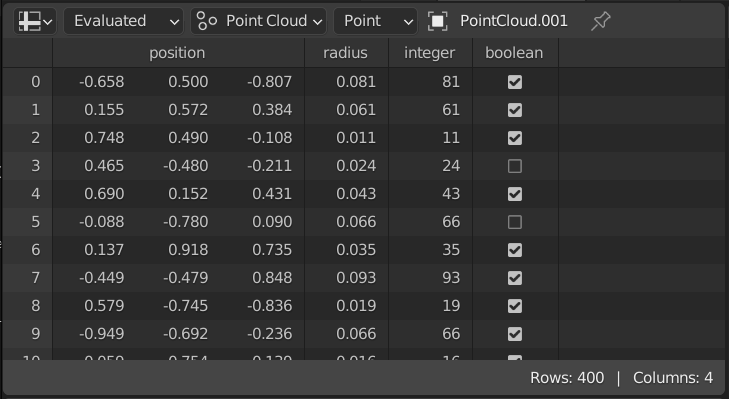 The Geometry Nodes project is still undergoing heavy development with lots of exciting upcoming new features, notably after the announcement of this summer's Google Summer of Code projects which include a Geometry Nodes one focused on porting popular "traditional" modifiers to node form.

The push towards making Eevee a fully-fledged production renderer continued in earnest this release, with the implementation of a new Depth of Field system as well as getting improvements for Volumetric rendering. These updates come after the previous release's milestones of object motion blur and Cryptomatte and AOV support.

New and Improved Depth of Field 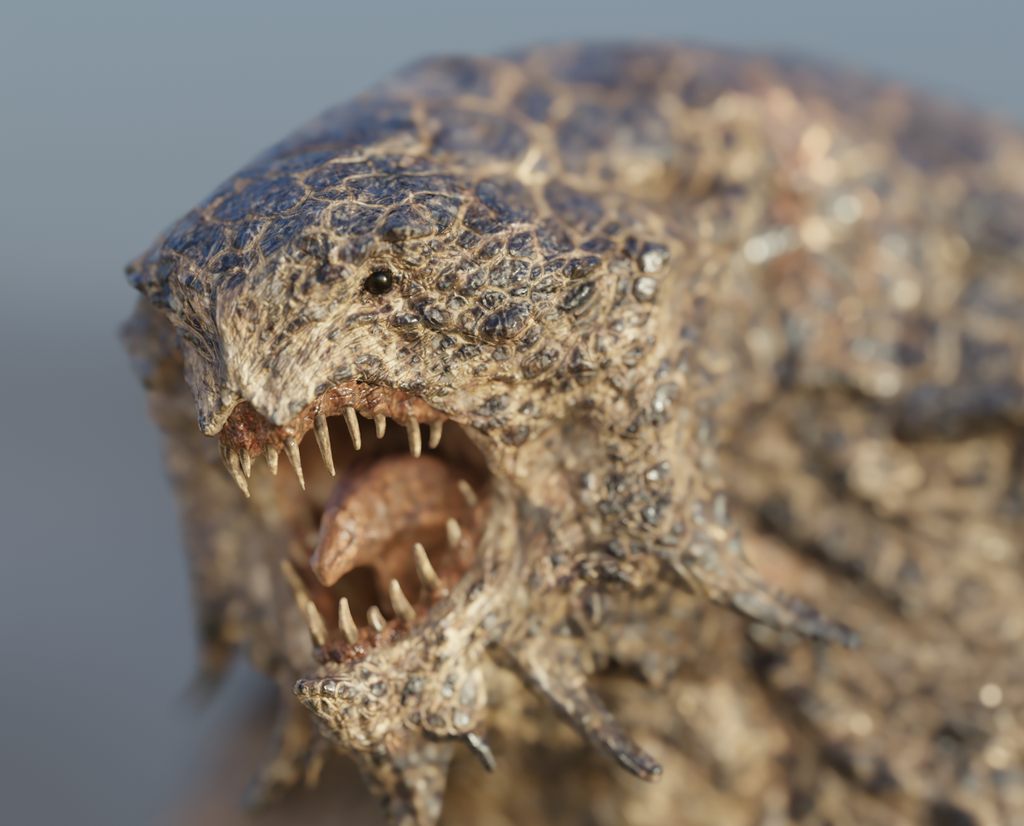 Eevee's Depth of Field implementation has been re-written from scratch, drastically improving performance and quality. Its "high quality" mode matches its raytraced counterpart at a high enough sample rate, solving one of the last hurdle Eevee still faced to become widely adopted as a production rendering tool. 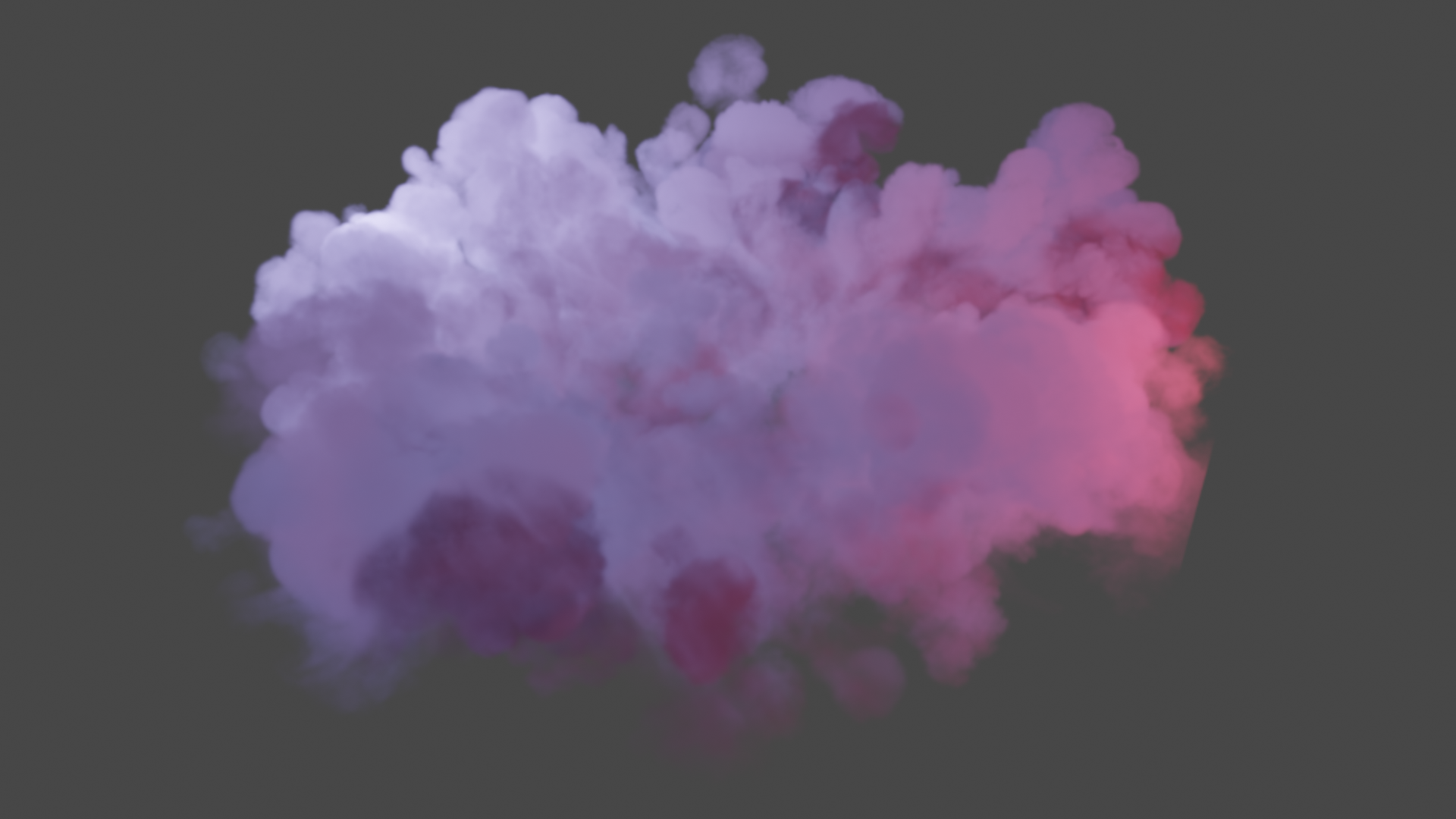 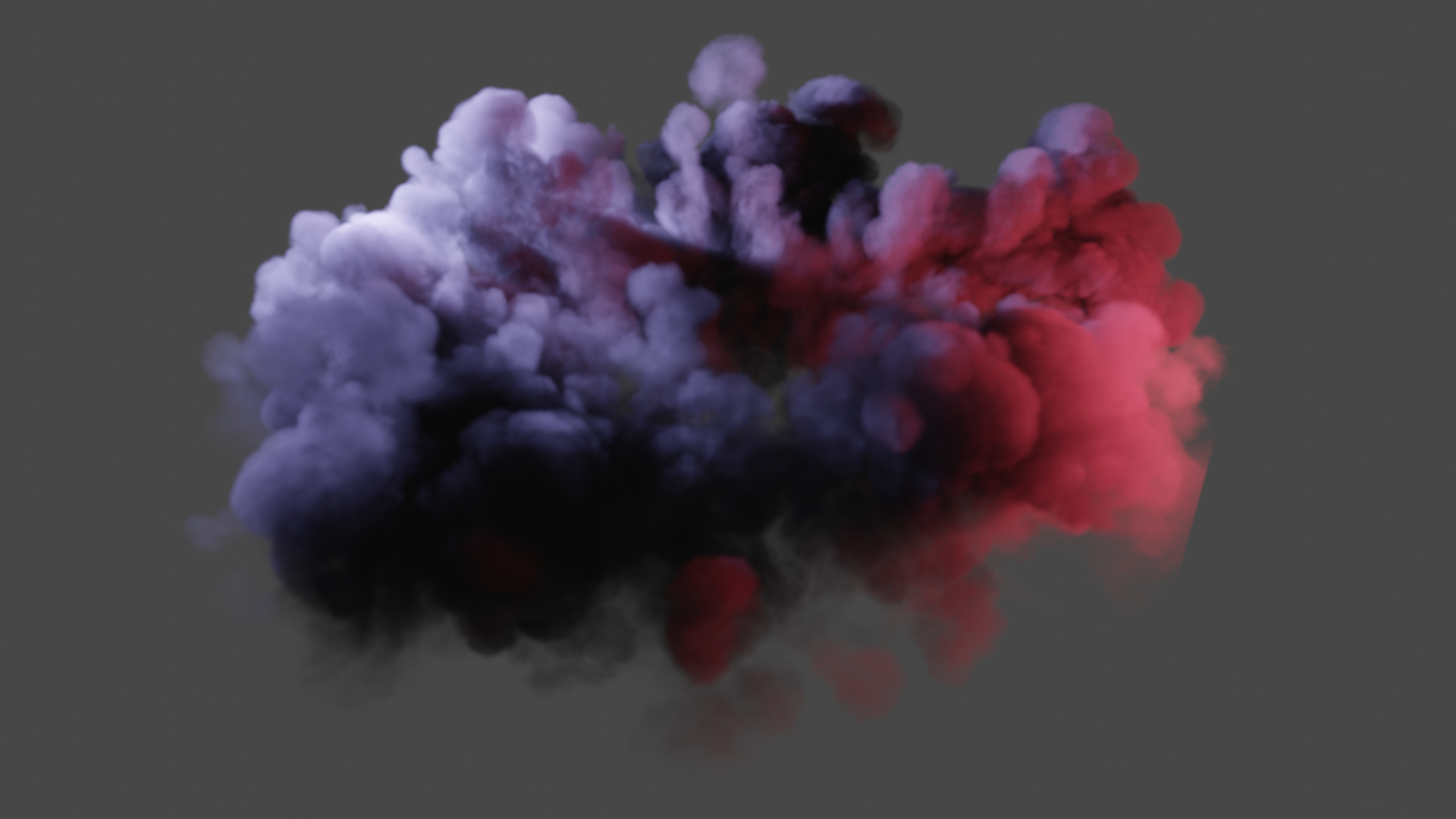 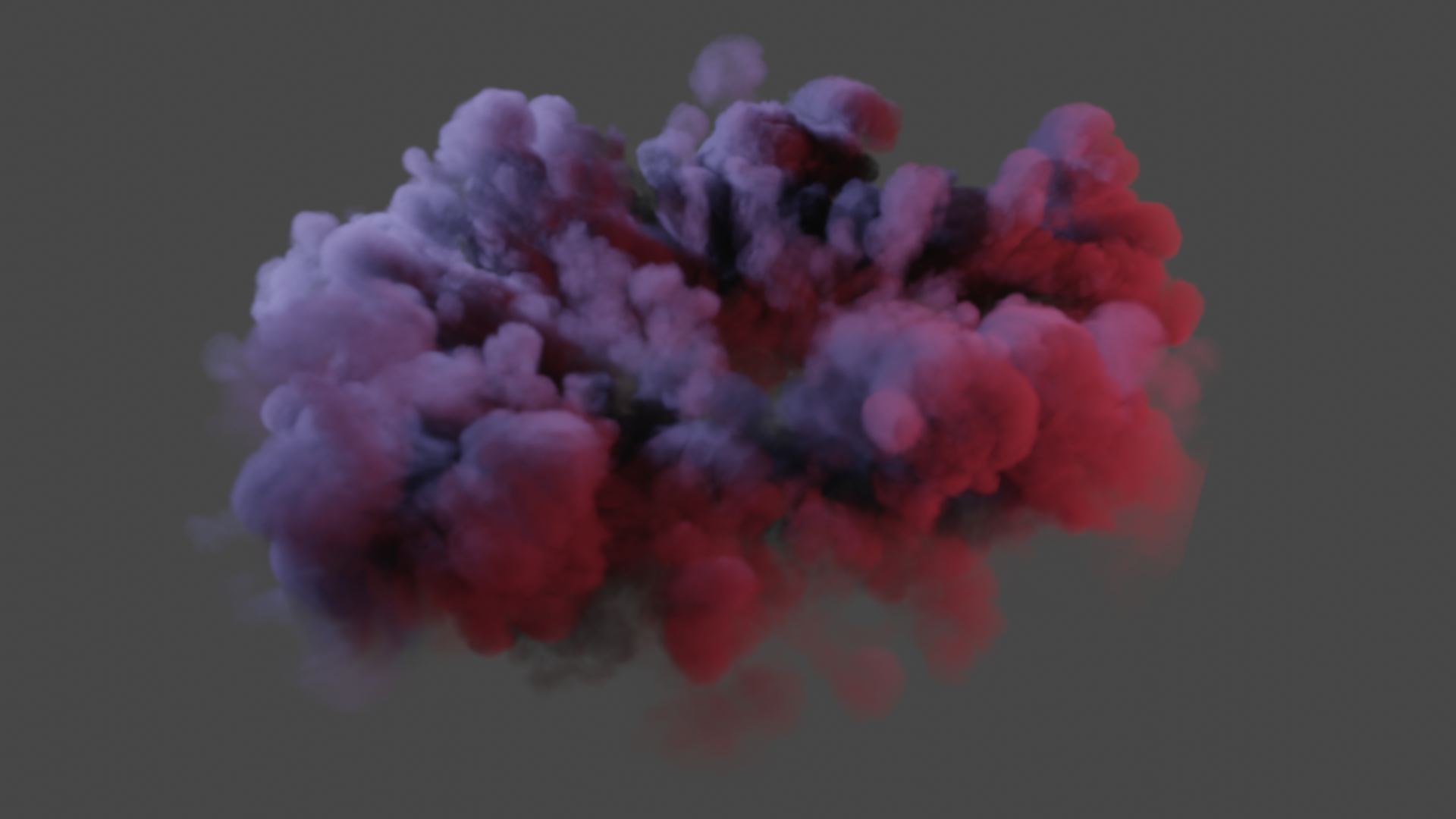 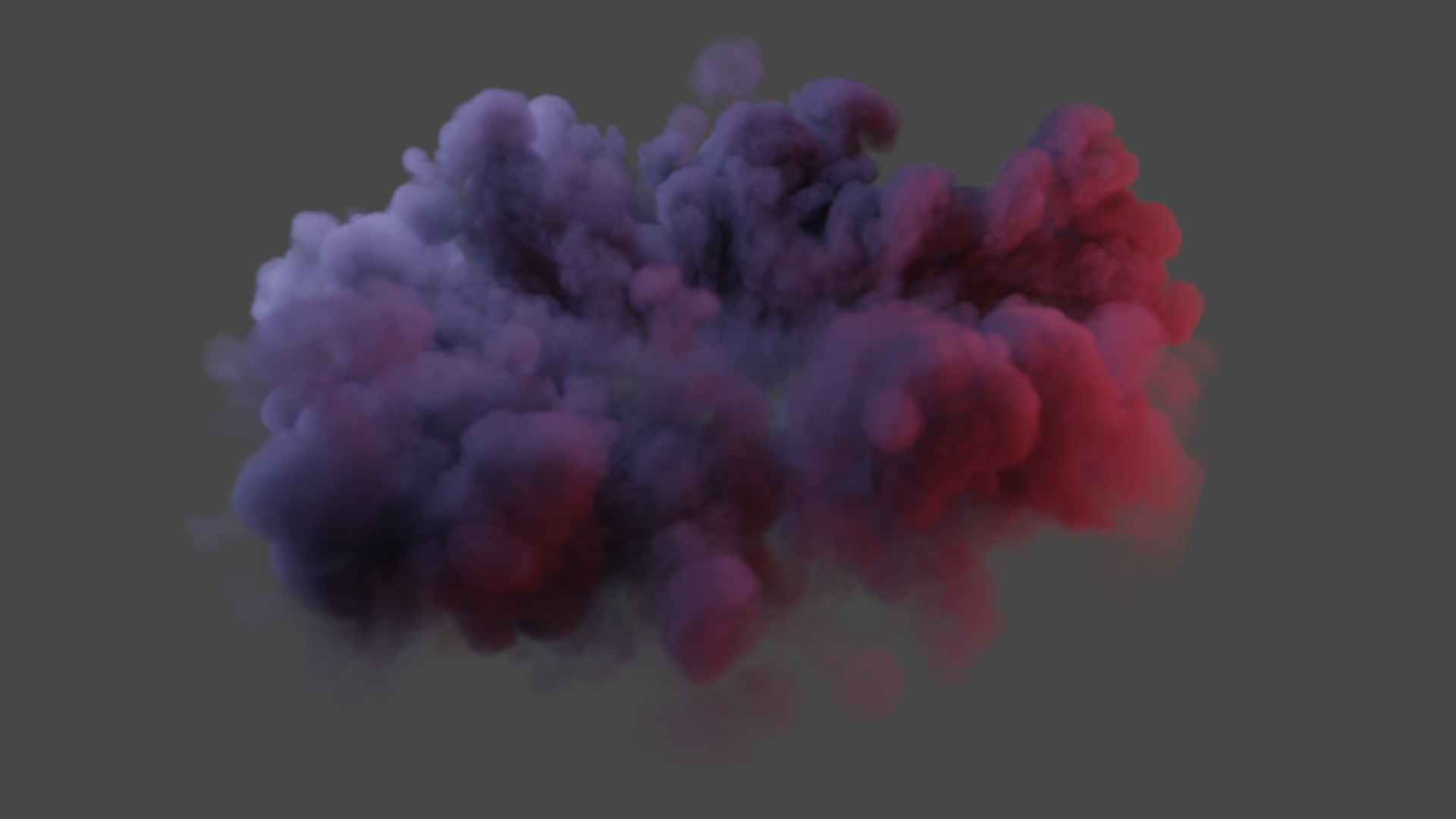 NPR artists are in for a treat with this incredibly powerful new feature: The LineArt modifier. The spiritual successor of Yiming Wu's LANPR, the Line Art modifier promises to be groundbreaking for Blender NPR artists wanting to generate accurate line art for their scenes and visualize the result in real-time, all in vanilla Blender. 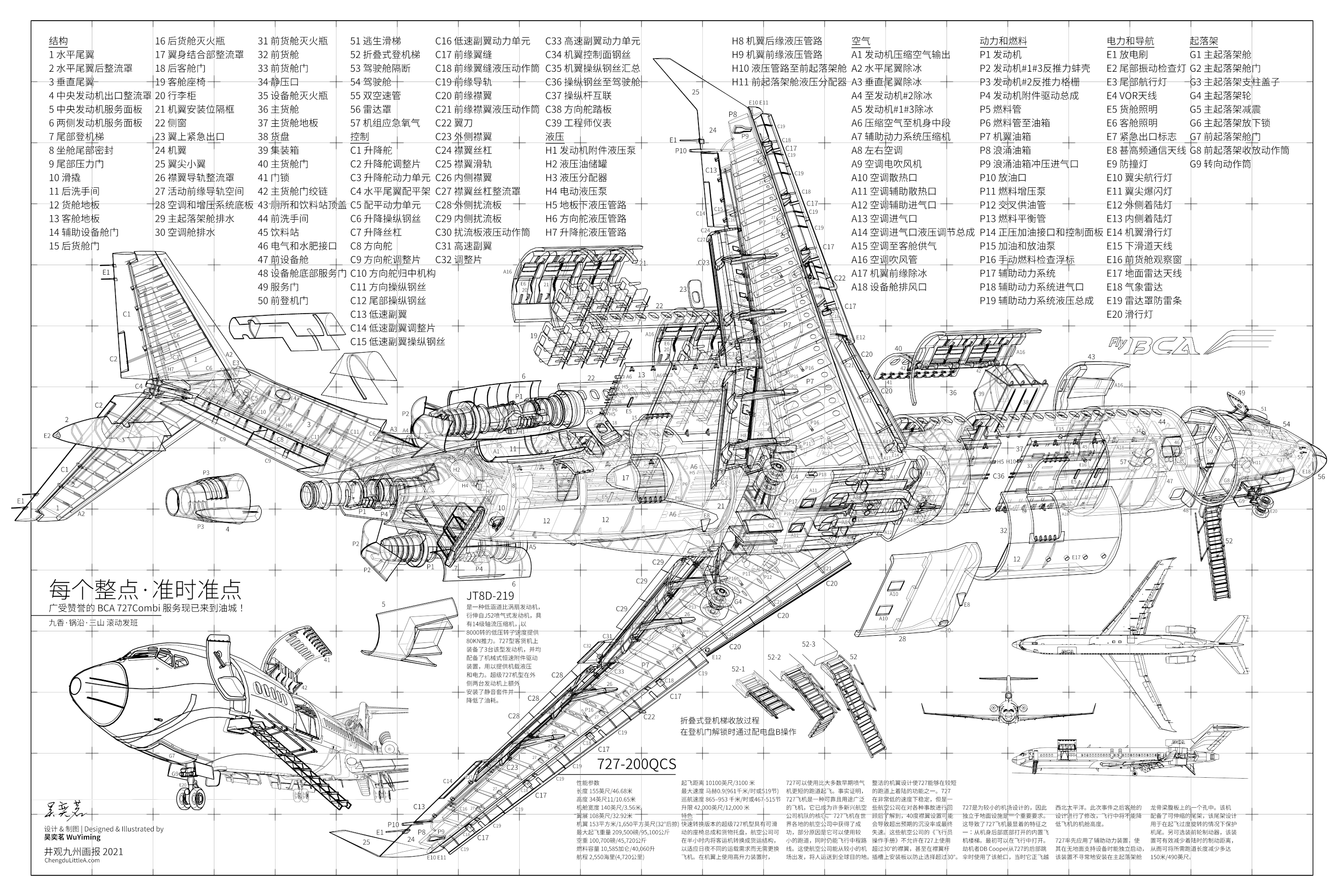 Initially designed by Yiming Wu as a real-time Freestyle alternative, this latest iteration combines the power of LANPR's original line generation with the versatility of Grease Pencil. The Line Art modifier generates the Grease Pencil lines from the scene and displays them in the viewport in real-time, after which they can still be manipulated and modified using the plethora of GP modifiers and tools available.

The LineArt modifier can generate accurate occlusion results from any geometry, and intersection lines can be generated and styled separately. The modifier also supports chaining and the ability to use the mesh's vertex weight for more control over the style of generated strokes.

Check out the introductory video below by the creator of the modifier himself:

Cycles' future is shining bright - and is noise-free. While the Cycles X announcement promised incredible performance for the next-generation Cycles estimated to launch with the Blender 3.10 release, Cycles users don't have to wait this long to benefit from some amazing performance improvements right away notably with the addition of Dwivedi Guiding to Random Walk SSS and the incredibly powerful Persistent Data feature.

Both images were rendered at 64 samples. The Classic render took 28 Seconds, while the path-guided one took 40 secs

The new Dwivedi Guiding to Random Walk SSS produces noticeably less noise at the same number of samples when compared to the classical path-traced SSS with no guiding. This comes at a slight performance cost, however, when controlled for the same render time, the new path-guiding gives less noisy and more accurate results than Christensen-Burley SSS at lower sample numbers. 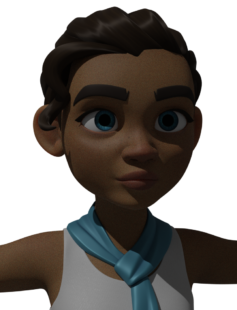 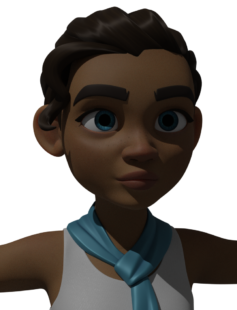 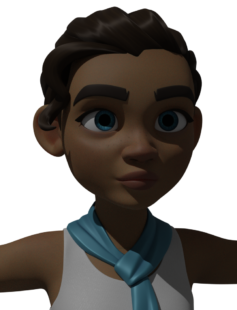 The new Persistent Data option can provide huge time savings, especially when it comes to animation. This feature essentially preserves the full render data between frames, meaning all modifier evaluation and BVH building for unchanged objects can be done only once for animation or between re-renders. This translates to an incredible performance increase in situations where there are large scenes with complex modifier setups that are mostly static. Check out Blender Daily's great overview on the feature below to catch a glimpse of its power!

The Grease Pencil team has an exceptional track record when it comes to maintaining and developing the revolutionary Grease Pencil toolset, and this release is no different. Among a truly enormous amount of new features and updates, two areas have experienced dramatic improvements: the Fill Tool and the Interpolation Tools.

The fill tool has been refactored, bringing improvements both to performance and features. The filling speed has been increased, and the tool now supports the very powerful multi-frame filling and a new stroke extension option to create temporary closing strokes. Check out the video above for an overview of these new features

A full review of the Interpolation toolset has been done, allowing the selection of strokes by selected pair independent of drawing order. It is now also possible to do multiple interpolations in the case where a previous keyframe exists. Check out the video above to see all the features of the revamped interpolation tool.

On top of elating node-lovers, NPR Artists, and anyone with a penchant for waiting less on render times all while getting better results, this release also includes treats for compositors, video editors, and more:

Grease Pencil also got an SVG Importer, as well as SVG and PDF exporters, which provides incredibly promising inter-operability options, especially when combined with the extensive toolset (including the just-out-of-the-oven LineArt modifier).

FFmpeg overall performance has been improved thanks to 4 patches making their way to this release:

On top of the other amazing developments, Eevee's Ambient Occlusion was re-written to greatly improve results and accuracy, as well as adding variable distance and inverted options to the AO node in Eevee's shader nodes. 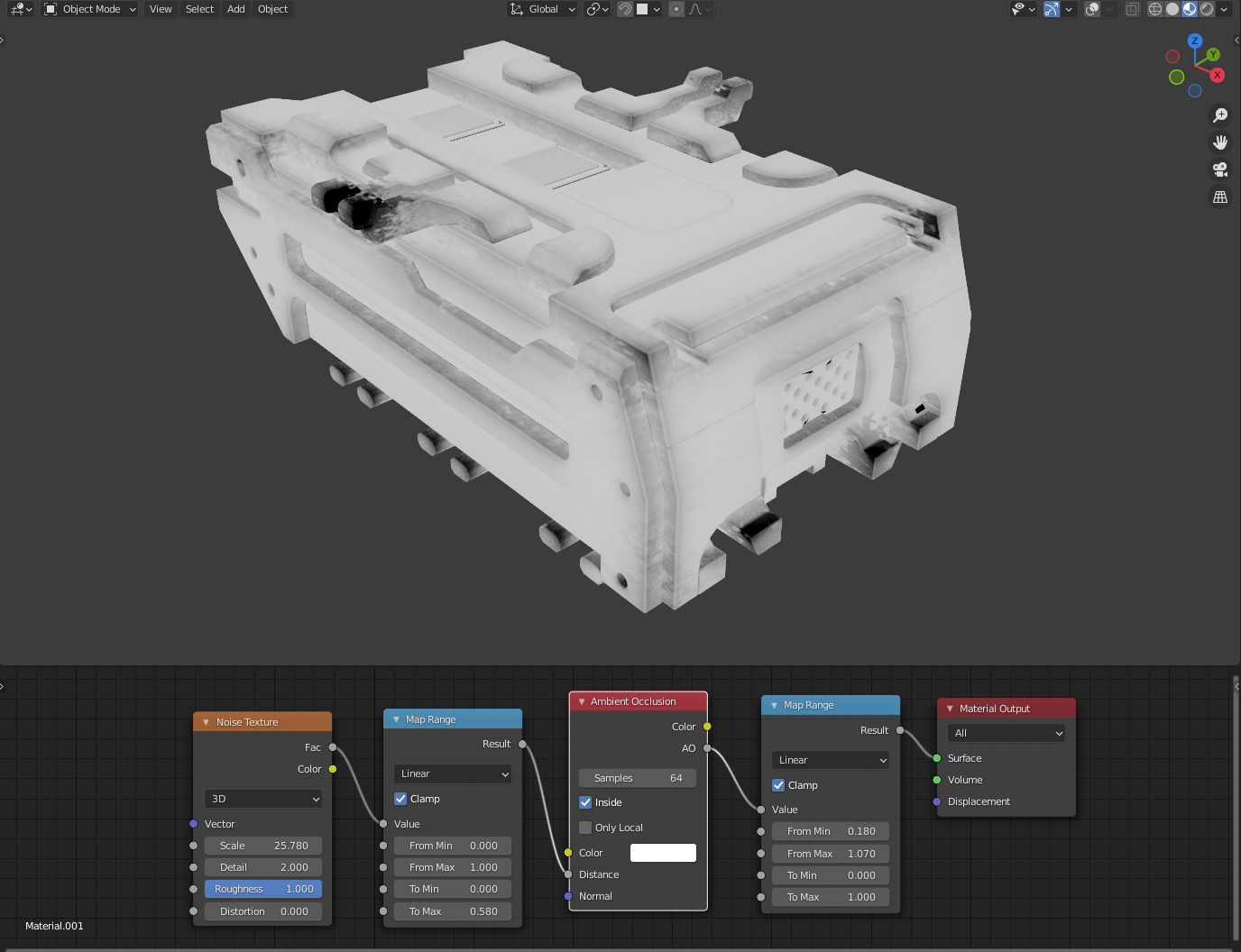 A basic informative view of current library overrides has been added to the outline. 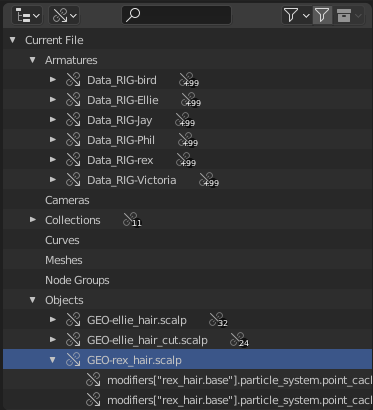 The Cryptomatte workflow in the Blender compositor has been re-designed and improved, resulting in a new Cryptomatte node that is more streamlined and user-readable. 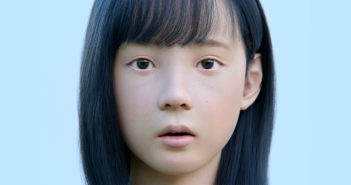 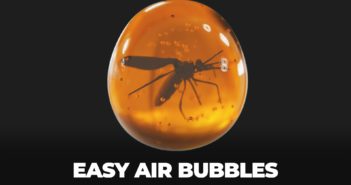