My name is Artūrs Vītols (sometimes I go by Arturs Vitas). I'm a 3D enthusiast from Latvia. I have tinkered with 3D for the past 21 years.

My first encounter with 3D was in MS Powerpoint. While it doesn’t seem like the typical 3D software, it did have some capabilities to place 3D primitives in a kind of 3D space. One of my first ‘3D’ models there was this very same school building, although much simpler than this.

Then the next stepping stone was AutoCad 2000. Still not an obvious choice. It had 3D primitives and boolean operations whenever I wanted to make something that had to be carved out from a cube or grown on it by unifying different 3D primitives. I learned by studying AutoCad 2000 help materials.

Around 2005 a friend told me about a software called 3D Studio Max. This was huge. Finally, I didn’t have to work with primitives. In came all the fancy stuff like extrude, cut, bevel, and so on. I got good enough to do some freelance in architecture. And so I landed my first job with a company that distributed Cinema 4D in Latvia. Now I only had to learn Cinema 4D—the basics were the same, so transferring was easy.

The only problem was that working with all those visualizations wasn’t for me, and it even made me doubt my passion for 3D, so I took a break from 3D altogether and studied mechatronics. I then worked for a while as a mechatronics engineer, but I guess the passion for 3D and game design was stronger in me. So I switched to mobile games in 2012 and have worked in the field ever since. I like to be hands-on in all development stages: I do level design, programming, game physics, UI, and, of course, 3D modeling. This is where Blender came in. For a new game studio, it was so important to save money any way we could, and after toying around with Blender, I concluded that it is a fully capable 3D software with a great community.

Quick story of the building

This was my school. It is celebrating its 100th birthday this year, as it was opened in 1921 in the former manor of Baron Blankin.

In 1937 another floor and a sports hall were added to satisfy the growing number of pupils and to meet more modern requirements.

Now, after 100 years, my school is closing down at the end of this school year because of safety concerns.

Back to 3D: Biggest challenges

I have a background in interior and exterior visualizations so making a 3D model on top of the floor plan was a straightforward process.

I start by importing floor plans as reference images.

If the floor plan is an image, I make sure that the scale matches the units in the drawing. After that, I start by adding a plane object and trace the walls by extruding and joining edges.

When modeling stairs, if close-ups are not necessary, I make a model for one step and let the array modifier do the magic.

This was the first project in Blender where I extensively used one mesh for many objects (Alt+D when duplicating). For a project with this many small details, I could not imagine how I would have done it without instances. It saved me a lot of time having the possibility to make small changes on many objects simultaneously, if needed.

I knew that I did not want to use textures—or use them as little as possible—since UV mapping this whole building would be complicated. The first attempt was to use separate materials for each color needed, but it was hard to keep track with material names ‘orange’, ‘dark orange’, ‘even darker orange’...you see where I’m going with this. And if I needed to change the tone of the base orange, I would have to go over all other materials associated with the orange color. I ended up creating a texture map in Photoshop with gradients that could be easily adjusted. The only place where textures and proper UV mapping were used was the floors. 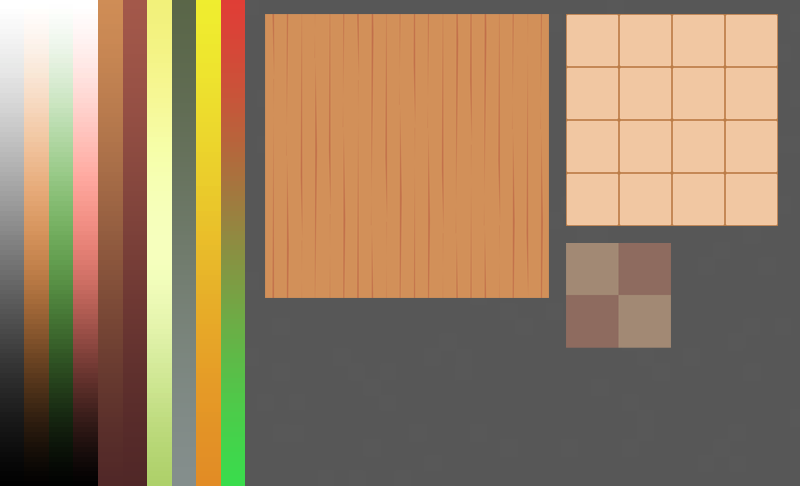 That is something I was afraid of many years ago. I could spend hours upon hours adjusting lights and waiting 15 to 30 minutes to see a disappointing result. Now, thanks to Cycles render engine, lighting is super easy. All the changes can be seen within a matter of seconds, which was another reason for me joining team Blender. Since Cycles render engine came along, whenever I have had to purchase a new PC, I always went with the one that had the most CUDA cores and now, of course, OptiX is the next level.

For this project, I used one directional light as moonlight in combination with a bright ambient light to make shadows lighter. The interior is lit by a mesh and emission shader that is placed in each window. To hide it in the final render, I disabled the ‘Camera’ property under ‘Ray Visibility’.

To achieve motion, I added a Wind effector. 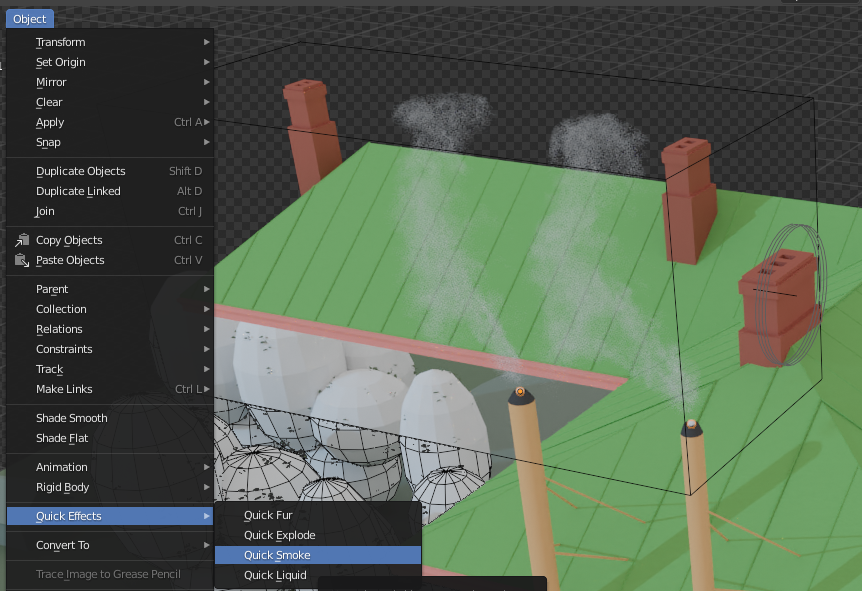 Whenever playing with a fluid simulation, be sure that the cache is cleared. For some reason, the default cache clearing type ‘Replay’ did not work for me. I ended up switching to ‘All’ and manually clearing the cache. 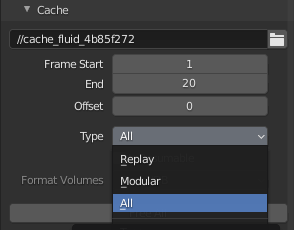 Before making this adjustment, the simulation was exactly the same, no matter what parameters I changed. I spent a lot of time pulling my hair.

I toyed with the idea of modeling the trees, but at the same time, I didn’t want to spend too much time on the background, as the whole focus needed to be on the interior of the building.

The easiest way for me that worked was using a particle system: 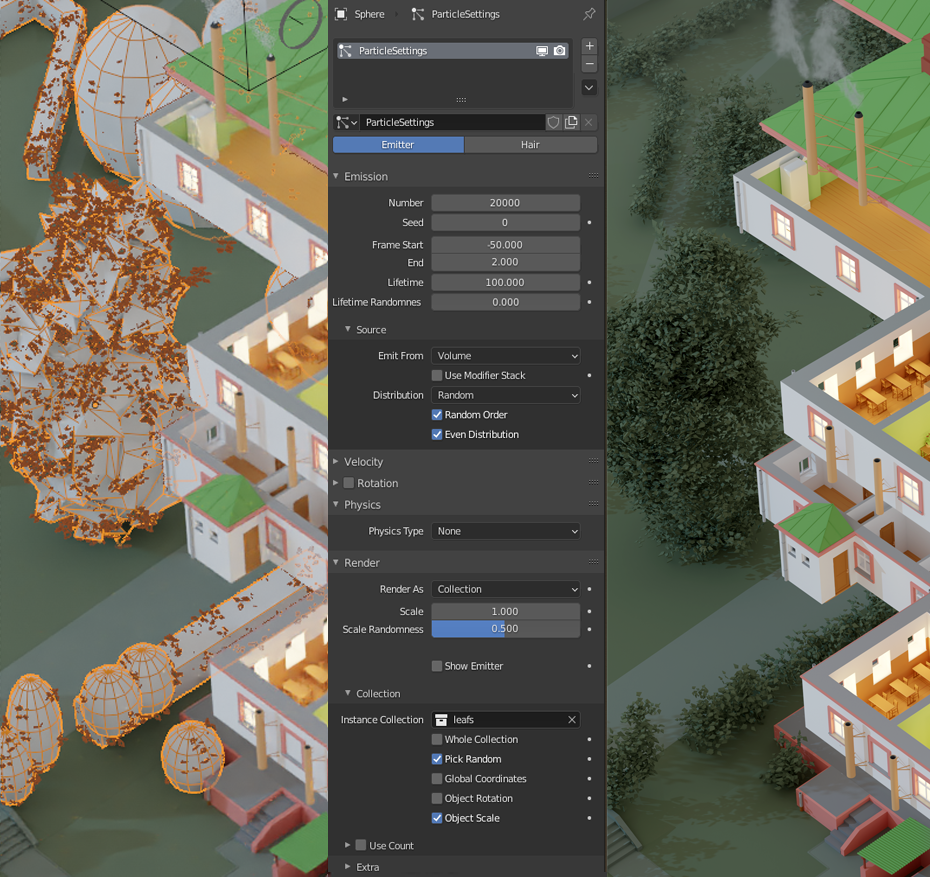 I created a collection with 3 different leaf objects and used it to fill the volume of the tree meshes. Don’t forget to set ‘Physics type’ to ‘none’, otherwise, your leaves will fall down. Some minor ‘Scale randomness’ was added and under the ‘Render’ tab I disabled ‘Show Emitter’ to hide the base mesh.

After seeing the final result, I wanted the building to stand out more from the background environment. Quick googling around showed me how to render a mist pass with Cycles. Using the mist pass I desaturated the background and added minor blur effects to it. 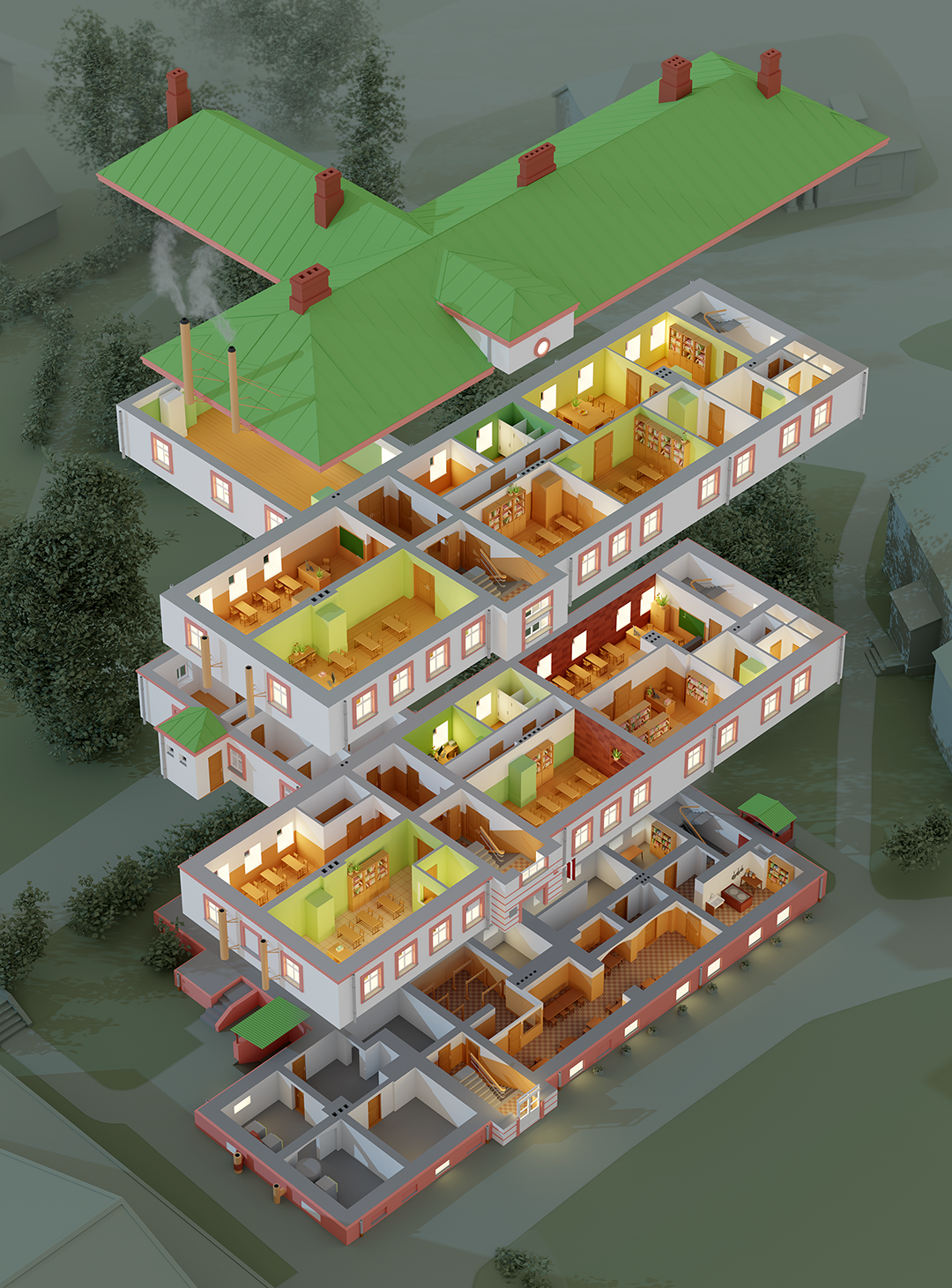 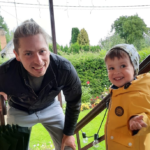 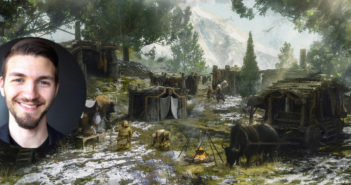 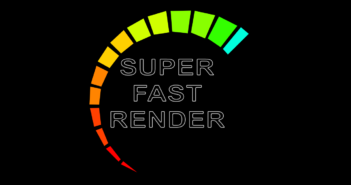 Next Article Free add-on to speed up your renders: Super Fast Render