Made my head hurt, to figure out, how to get UV coordinates from a 3D location, but it works now. pic.twitter.com/kg4BRnsUUP

Flow maps are a staple in game engine workflows as they allow for the creation of advanced shading effects that are not too costly to compute. The standard example for flow maps is shown below (when this addon was still limited to 2D painting) with the flowing water example.

I recently wrapped my head around Flow Maps and created a node setup to emulate flow.
There is currently no tool in blender for painting those, so I wrote a crude little add-on (only 2D at this point). pic.twitter.com/p2ftzir7og

Another great use for flow maps is for texturing directional elements by using it to determine rotation, such as the other example provided by Clemens below.

I build a node, wich uses the flow map as a rotation.

I think that flow maps could be a great non-destructive tool, for texturing directional stuff, like fur, scales or bark. pic.twitter.com/shtnLFHzEf

Get the addon on the link below: 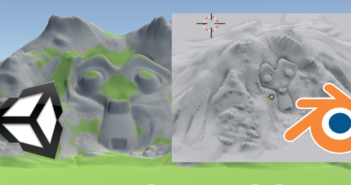 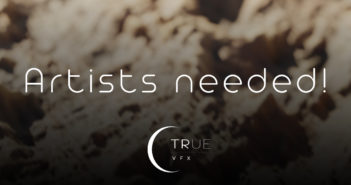