Joel Gerlach worked for ASICS Japan on their latest campaign!

I'm Joel Gerlach, I've submitted a few projects here under Studio229 but this project I finished in December last year on my own. I was approached by my good friend Alex who was directing a new commercial for ASICS shoes in Japan. They were going to shoot practical smoke coming out of a new shoe product from ASICS called GEL-KENUN KNIT, but Alex was worried the smoke would be too unpredictable to shoot practically and would require a lot of paint-out to remove the smoke canisters, so he approached me to do all the smoke in CG, along with several abstracted CG buildings.

I have done plenty of smoke simulation in Blender that would be used for background/mood assets (see my metropolis project) but nothing that would be so prominent and photorealistic, especially with coloring and lighting needing to closely match the shooting locations on set. So I dove into doing many trial and error tests until I found some smoke baking & lighting/rendering settings that I thought would work. I submitted the test to Alex and ASICS and they loved it, especially since it would make shooting each actor easier without the real smoke. So I got the greenlight to jump on the project.

I had to finish about two shots per day as there was only 14 days of post production time. I had to use two machines running constantly to bake each smoke scene and then render them overnight. I ended up with over two terabytes of smokecache data, with several shots taking over 1.5GB PER FRAME on smokecache (even with heavy compression turned on!) All shots were rendered using GPU Cycles on those two machines, with a TitanX Hybrid and a 1080ti Hybrid, averaging about 300 samples. The closeup shot of smoke (which had to be high subdivision due to its complexity!) used more than 22GB of memory during render so it had to be done via CPU.

I had to quickly matchmove the shoes using rough geometry of a shoe, then test, bake, (and test and bake some more) until the settings were right, then light the scene to match the plate, prepare it for rendering using the Render+ addon for batch rendering, and then composite the rendered smoke in After Effects where I would denoise and then frame blend each shot to add motion blur. I wish I would have had more time to really dial in each shot and smoke (there's a few shots I don't like cause I didn't have enough time) but there are some shots that turned out really well. I also rendered out highres stills of the smoke for the illustration team to use in a stills marketing campaign featuring the smoke in their branding.

Most of the buildings in the spot are CG buildings created in Blender using texture sets and rendered out using Filmic Blender to give the colorist lots of latitude for color grading the buildings to match the few buildings that were shot on set. I used HDRI lighting and an animated Sun lamp set to shadow only in shots where the shadows move.

All in all, it was a pretty great project and ASICS is really happy with it. Because I like to help freelance Blender artists: I was paid $7k for the whole commercial, and I worked a good three weeks about 12 hours or so per day, taking Sundays off. Definitely a tight turnaround and a smaller budget job, but I'm happy with how it turned out giving how much time I had to finish everything!

Joel is a 28 year old content producer and co-founder of Studio229, a VFX & VR studio in Los Angeles, CA 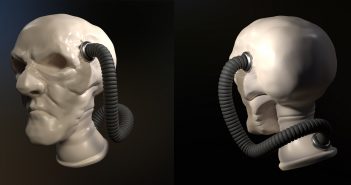 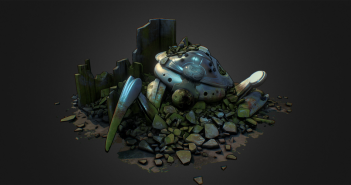