Hi everyone, I’m Bharat Madhu, an architect from India who found passion in 3D art.

Although I had been keeping an eye on Blender since 2014, I never downloaded it until the pandemic hit in 2020. It was then that I decided to dip my toes into the world of advanced 3D art.

I started with the Donut tutorial. Then I made my way to ducky3D, CGmatter, etc. Their tutorials and Andrew Price’s podcasts are a constant source of motivation.  Although my background leans towards architecture, initially and even now, I enjoy environmental designing and storytelling a lot more.

As my skills in environments kept improving, I started trying out photorealism in architecture in combination with what I learned doing environments and that’s my current exploration.

This artwork had many inspirations. Ander Alencar’s CGI Lodge is the basis of inspiration for the architectural shape and setting. I love the modern architecture style and am always inspired by architecture in tropical settings. Consequently, I wanted to recreate an idea of a modern cabin retreat in the woods. The combination of everything above led me to piece together the artwork.


I used Blender 3.2 along with various addons to create this piece. 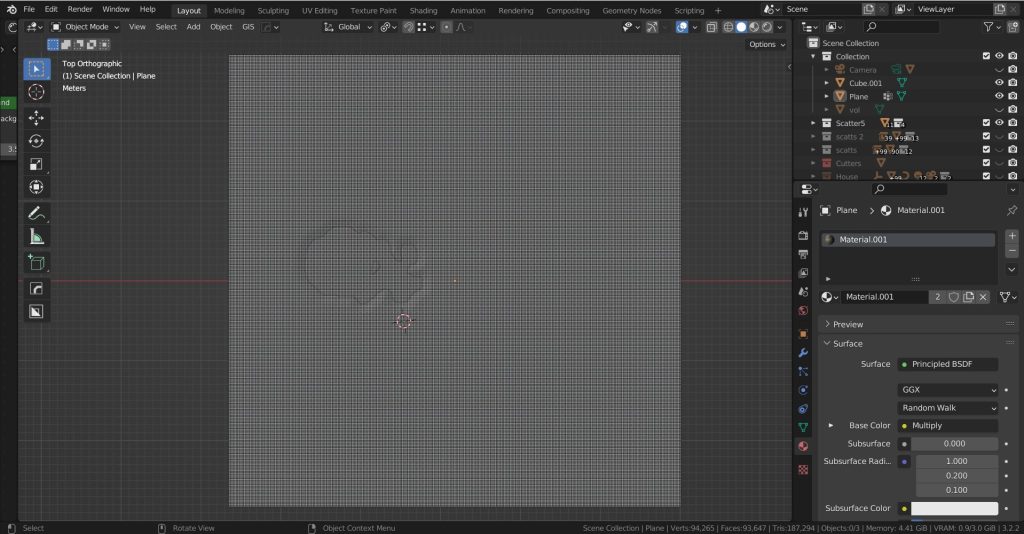 I started off with a simple plane that I subdivided so I could use the geometry to create a dip for the lake. 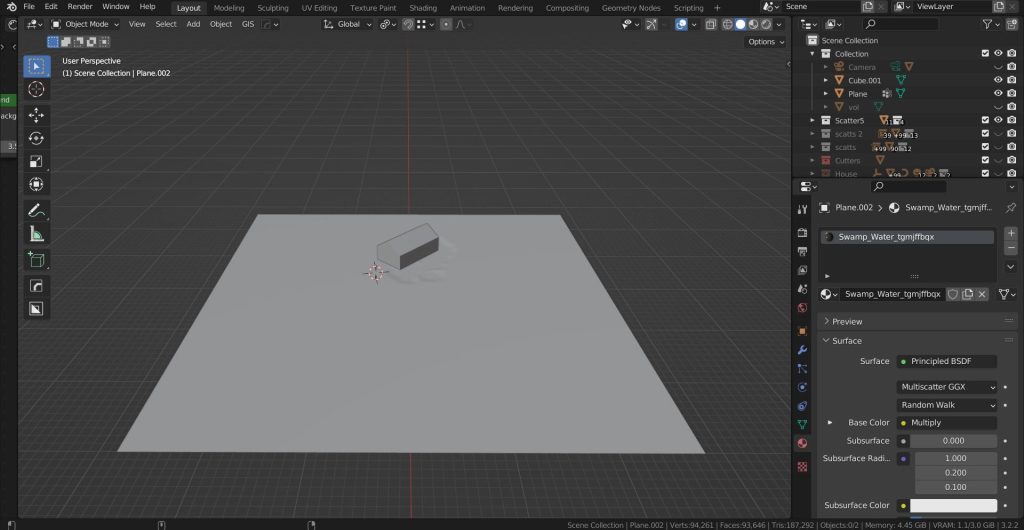 I added a simple placeholder structure in the place that I intended to model the cabin. 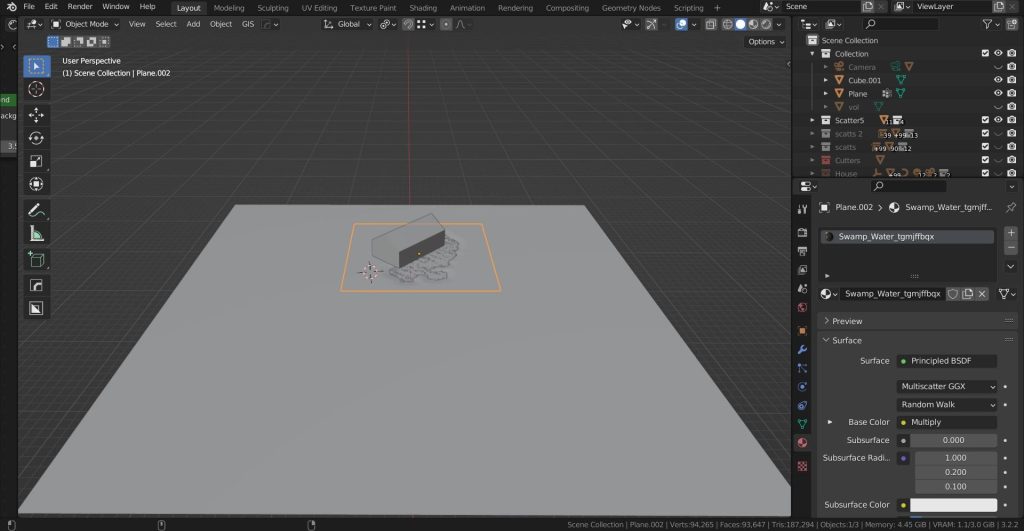 I created a dip in the ground plane and added another smaller plane to fill that gap. This plane will be the swamp water. 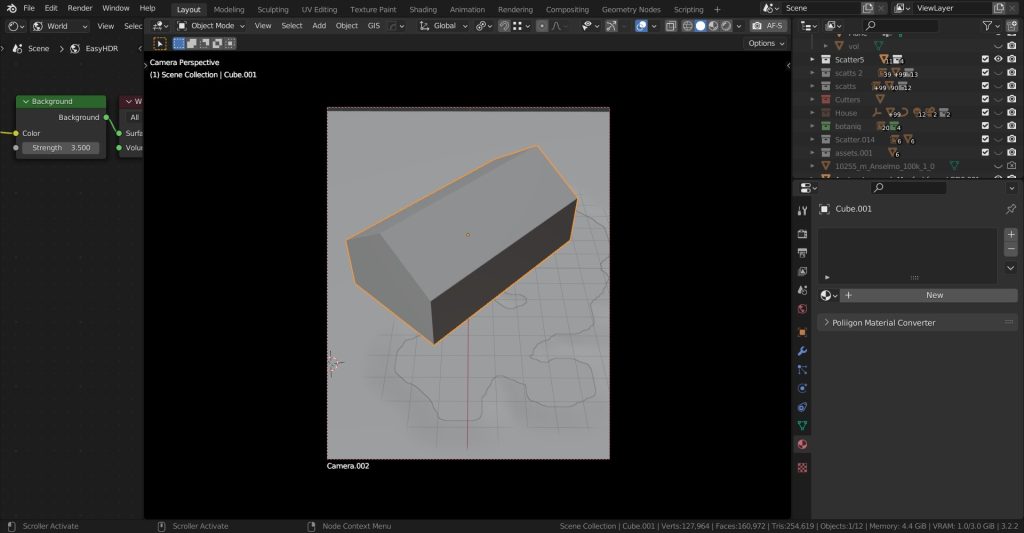 I then framed the camera angle that I intended to take. It took a lot of playing around with basic HDRI lighting, angles, and composition to finally reach this frame.

The subdivided plane helped me to vertex paint the ground with a pattern that I intended to scatter with plants. 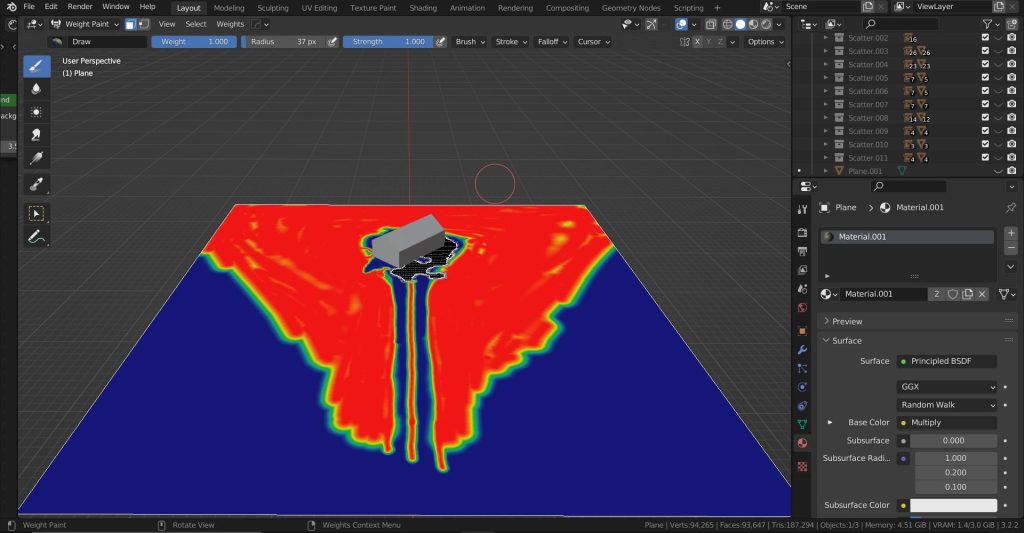 I used Scatter 5.2 addon in conjunction with the Grassblade addon to create the grassy field. 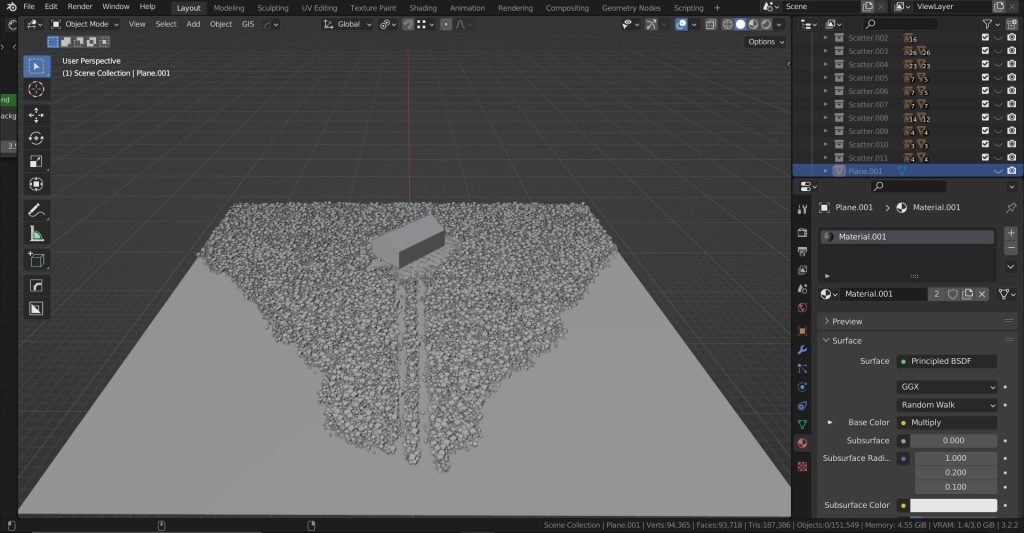 With the help of trees from Botaniq addon and Blender’s built-in Scatter addon. 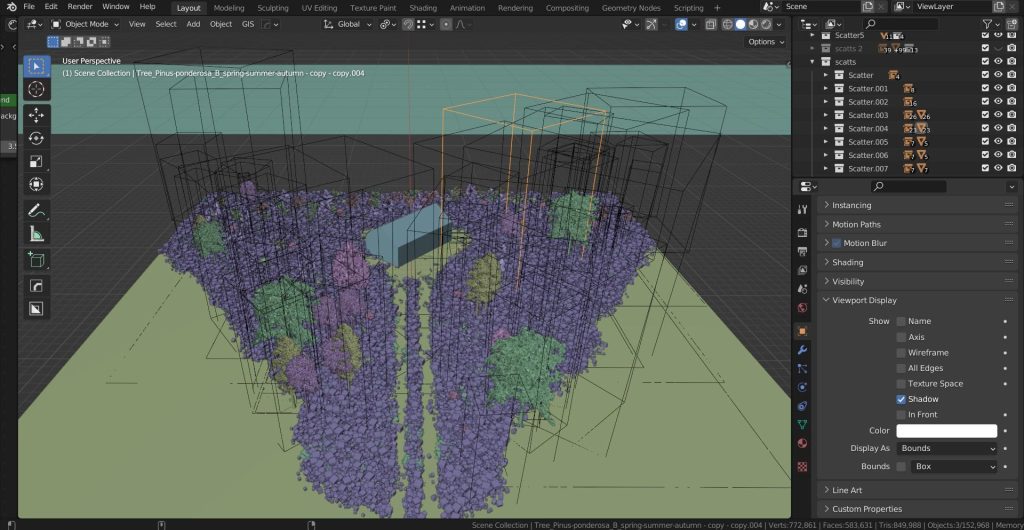 I scattered the trees in a way that would help frame the view. 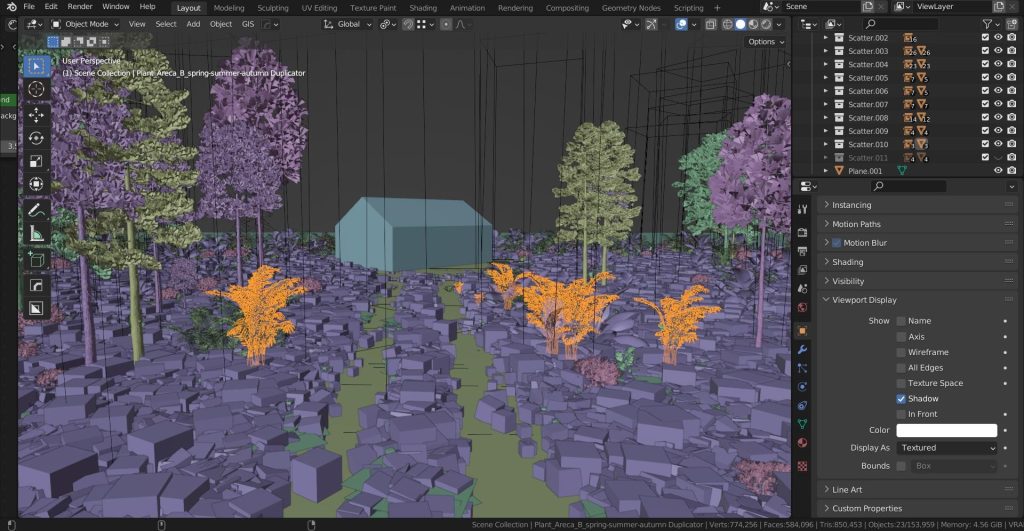 I also placed an additional plane behind the ground plane on which I would scatter a plethora of trees to act as a background. 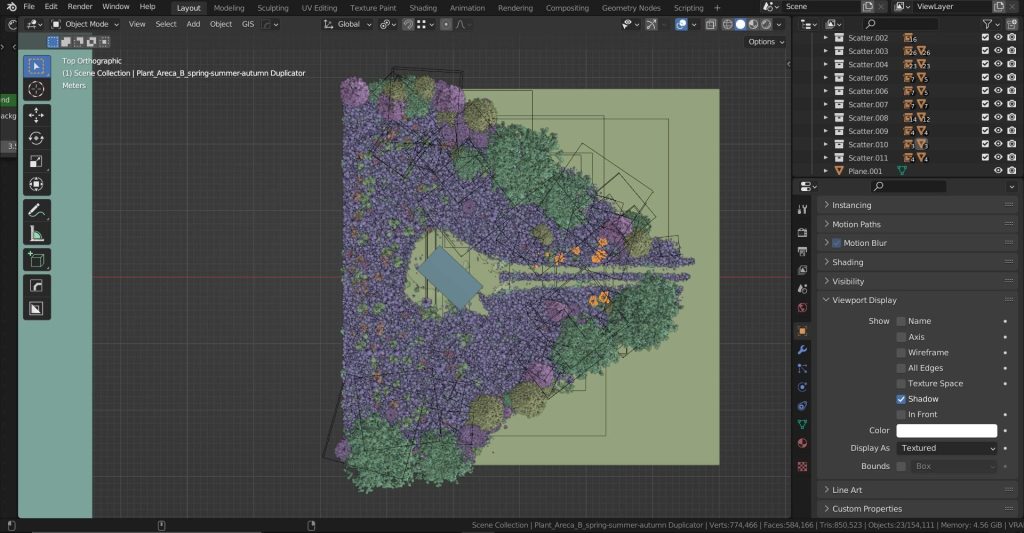 The final cabin model essentially was designed like the letter ‘P’ with the curved end being the glass observatory and bedroom while the bottom end being the entrance hall and living room. 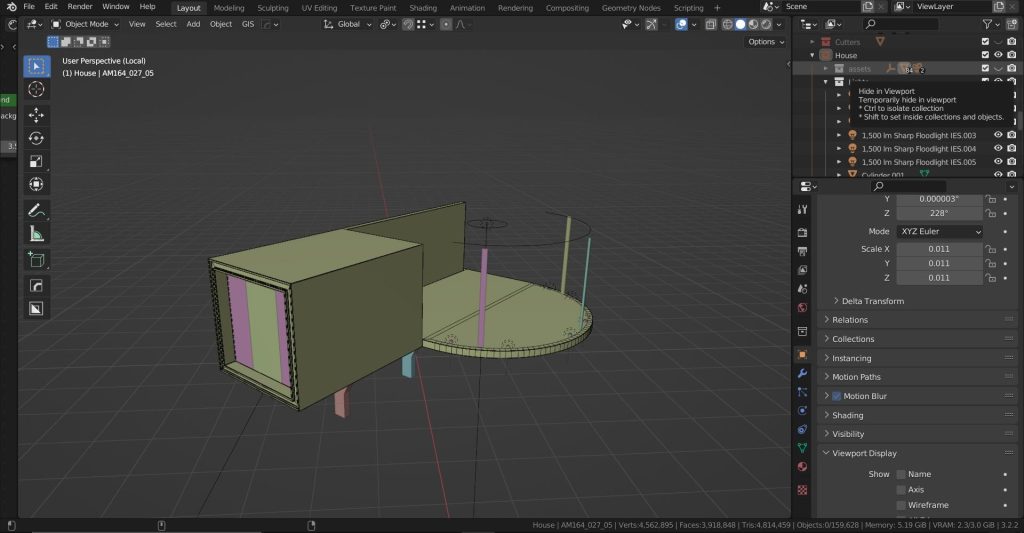 I used some pre-made assets for the bed, curtain and chair in the living room. 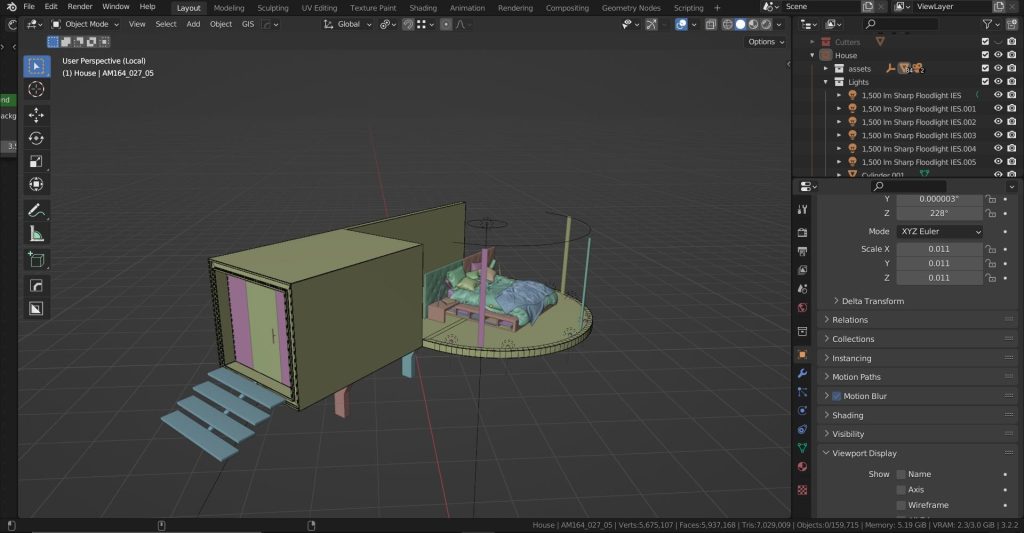 I added a circle without a face with almost the same radius as that of the building’s curve and converted the ‘mesh’ to a ‘curve.’ I then used an array modifier and curve modifier on the curtains to make them follow the curve. 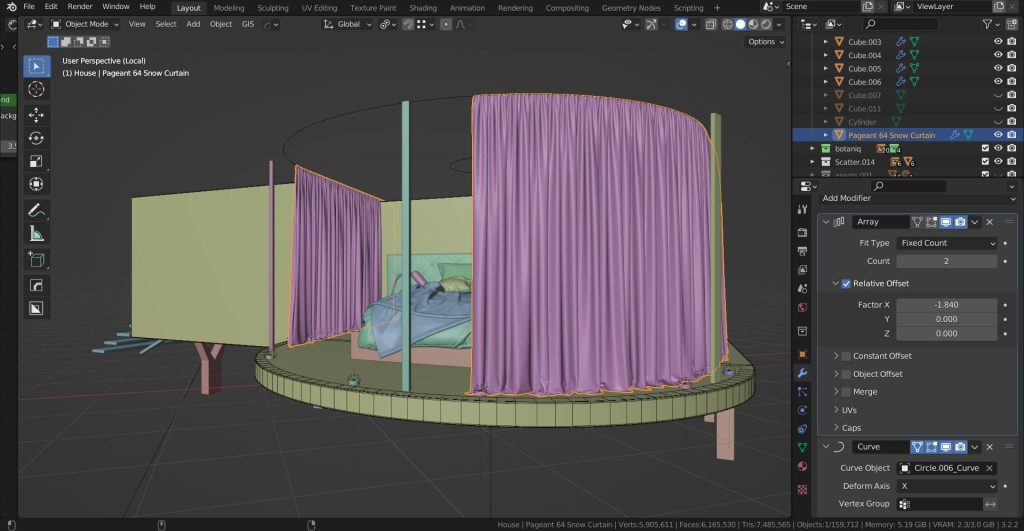 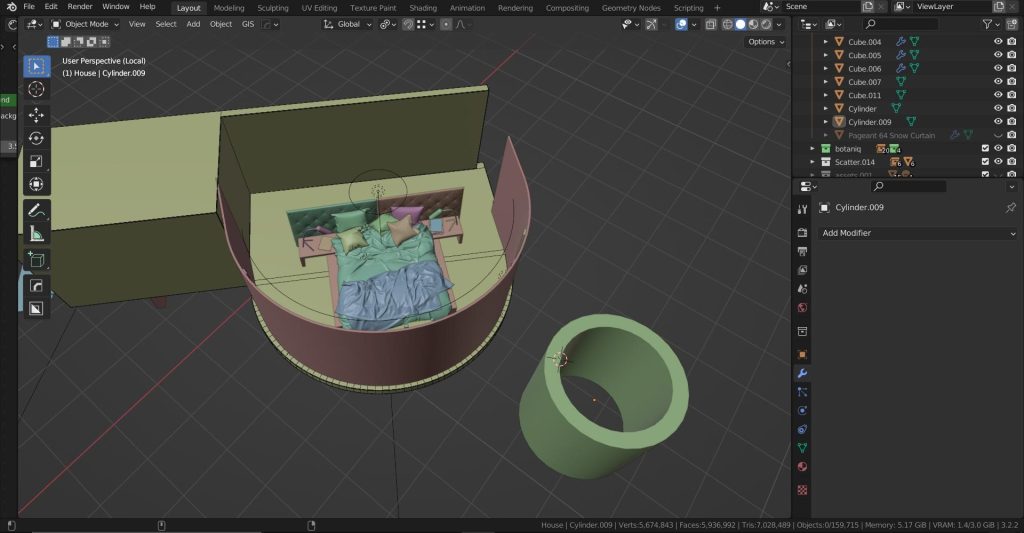 As a final touch, using Blender’s built-in scatter addon, I added some lilypads on the swamp and a few different varieties of grass and rocks on the edge of the swamp. I used Quixel assets for these. 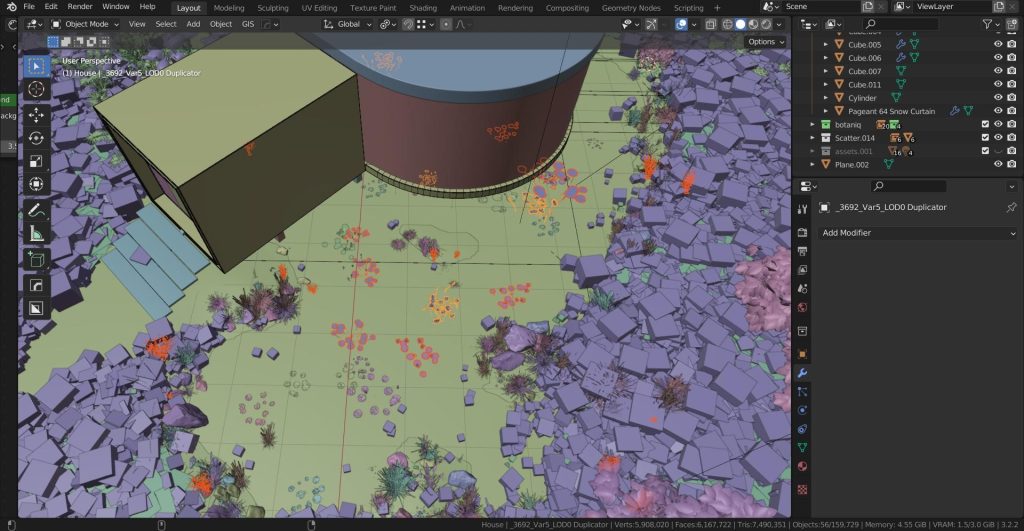 There are also 2 area lights in the main rooms, spotlights facing up from below the observatory to highlight the curtains and the room, and an emission light from within the crevasse of the curtain rails.


Rendering was pretty straight-forward. I went with a resolution of 2304x2880. Below, you can see my settings for the render samples 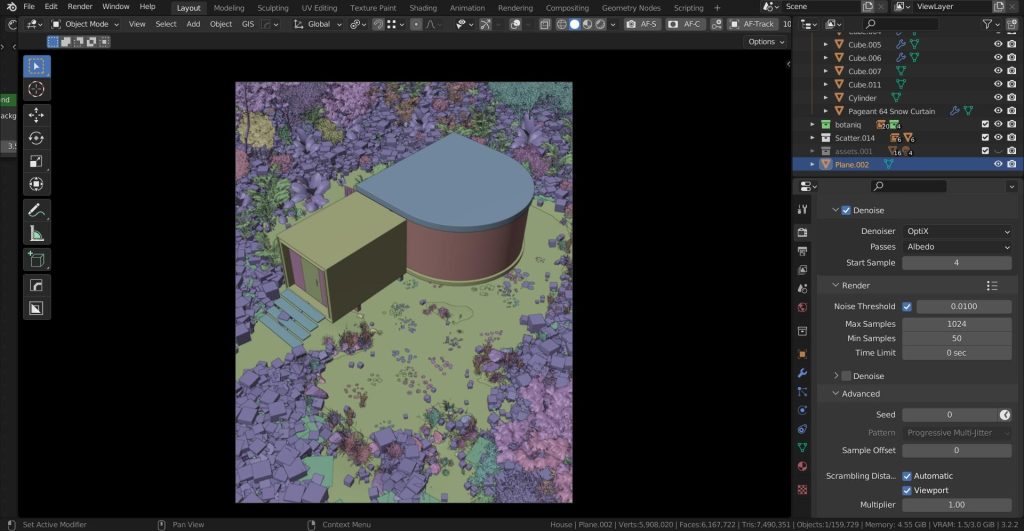 All other render settings were default. 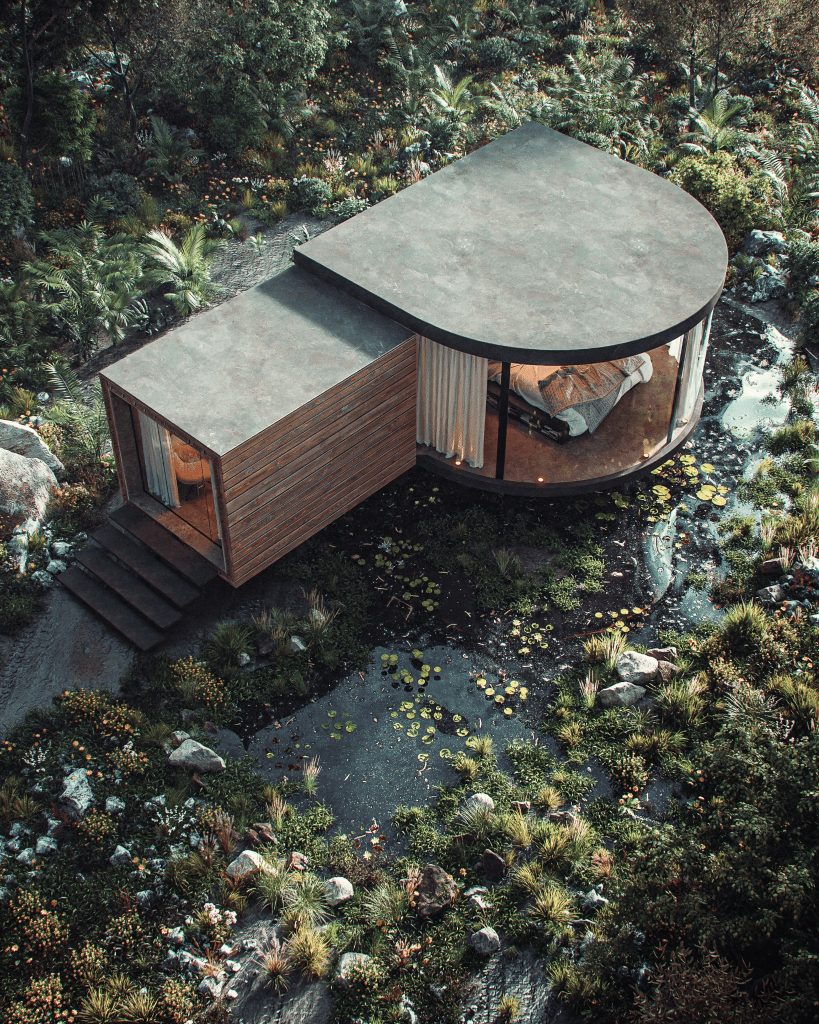 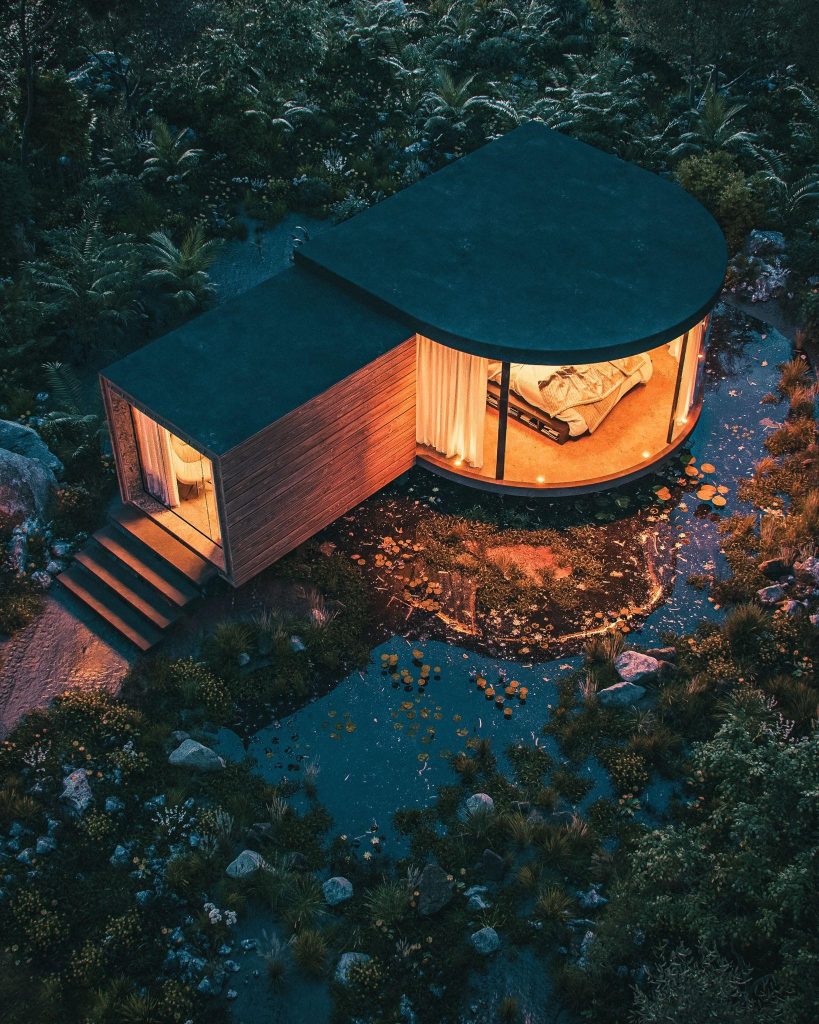 I made a wide angle render to capture a different perspective of the land.

For the wide night shot, I added in a vehicle and a man looking at his watch to help tell the story a bit better. 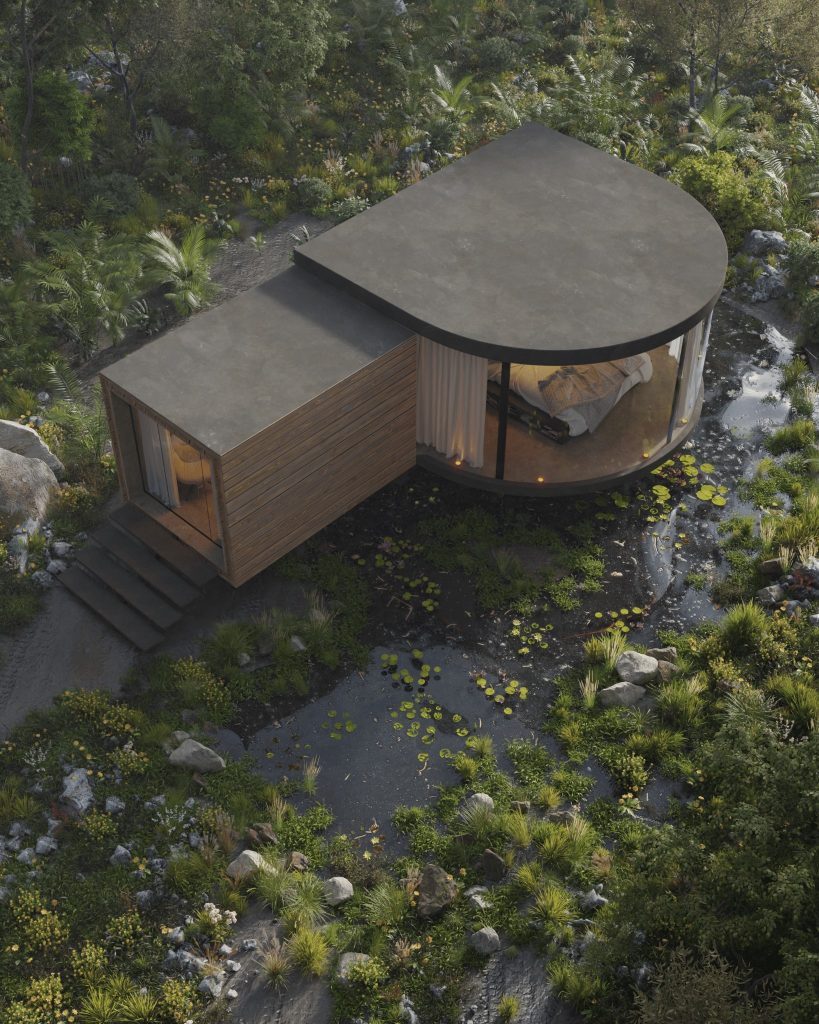 I truly hope you guys learned something new or interesting from my work! 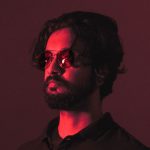 Bharat Madhu, an architect from Kerala, India, who is passionate about 3D art, graphic design and photography. Currently looking forward to making a career in architectural visualization. 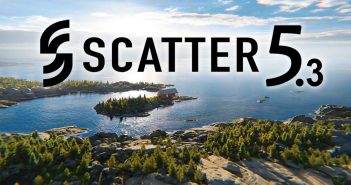 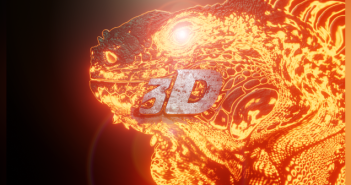