Hi, my name is Jinřich Patík. I'm a 35-year-old from Czech Republic. I'm currently working as a printer at an advertising agency. So it's graphics related, but not 3D, yet.

I discovered Blender four years ago (2.79), and since then it has been my huge passion. During this time, I realized that I'm more of an environment, hard-surface, props person and definitely not a character artist, so I like to make that kind of stuff.

This year, I also decided to discover Unreal engine and this was the testing project to get more familiar with it.

The inspiration for this project was clear for me from the very beginning—I found an old photograph of a gas station from the city where I live (Kyjov, South Moravia). 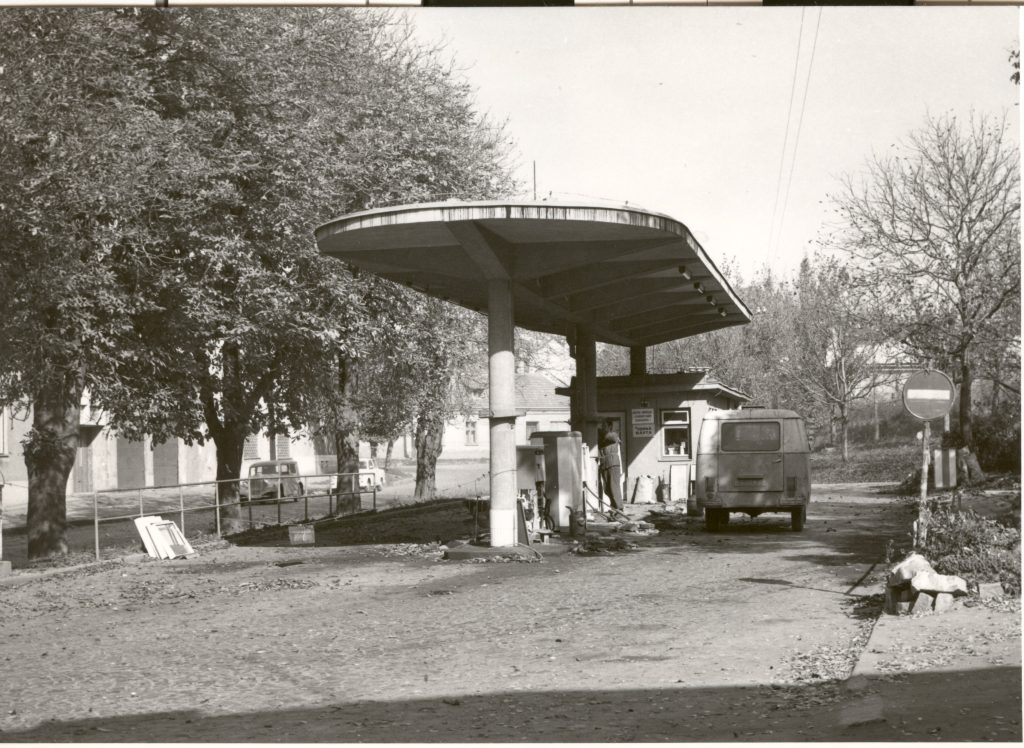 I like to recreate places which don't exist anymore and I thought it would be an ideal project. Not so complex but still nice.

My idea was to model the main parts in Blender—the building, roof, ground and some basic props. I tried to eliminate the repeating parts since I knew I would duplicate and distribute them later in UE. I also knew I would fill the scene mostly with props from Quixel Megascans library so I wouldn’t waste time with them. 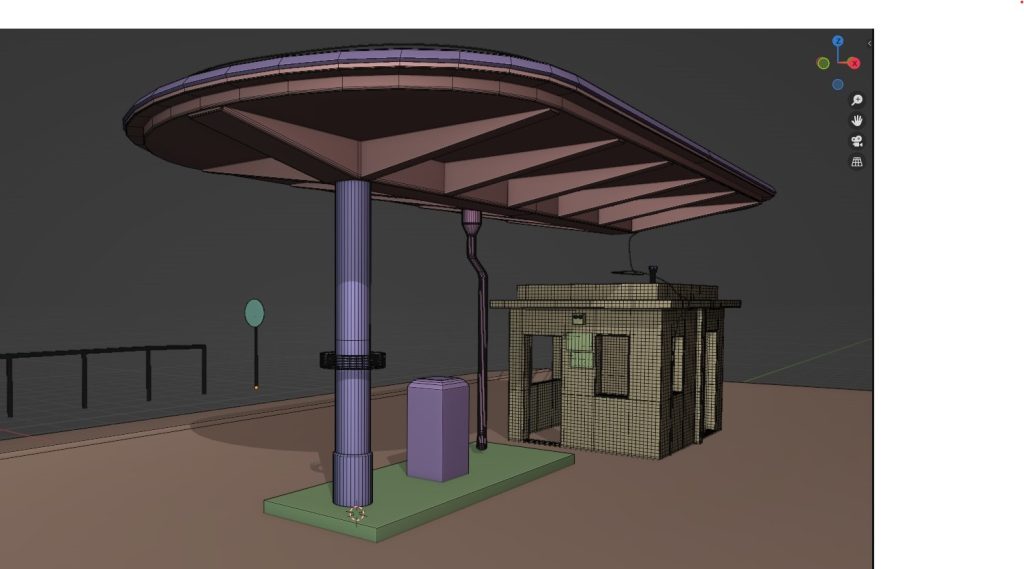 The overall goal was to make a short animation of the place.

For texturing, I had two methods in mind. For the roof, downpie, column, signs etc, I knew I would use Substance Painter. So I manually unwrapped the meshes, imported them into SP and then imported the textures inside UE and made the materials.

Usually, I start unwrapping in the edit mode by selecting sharp edges > mark seam. Then I customize the model by adding or removing seams. 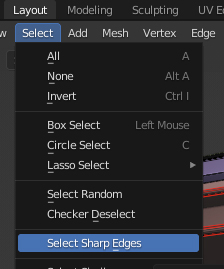 I spent some extra time modeling the gas pump since I thought it was the heart of the gas station. For texturing, I used Substance Painter but before I exported it, I used Blender to make IV maps to make my texturing process easier.

It is also useful for adding color to the palette for later reuse. 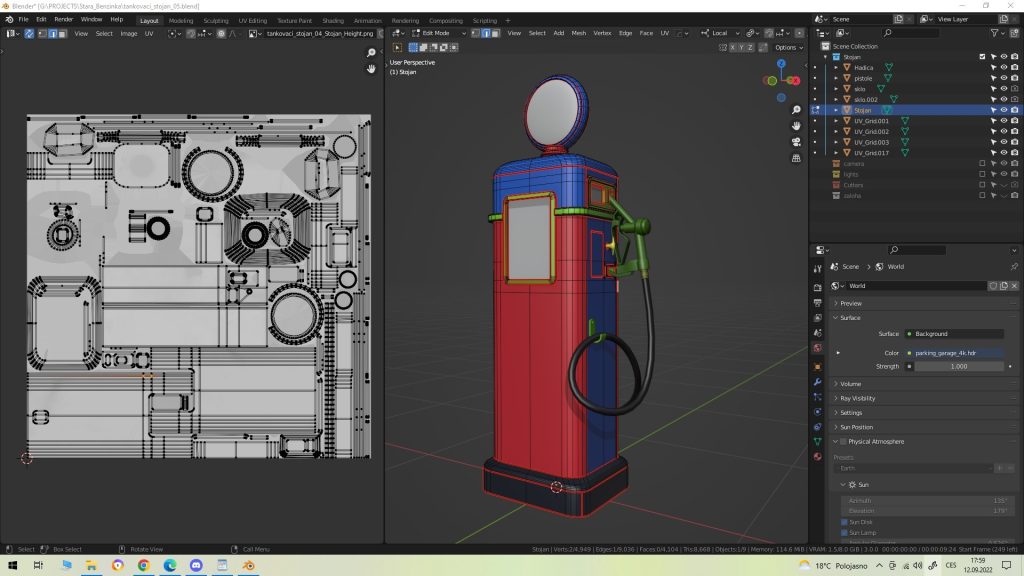 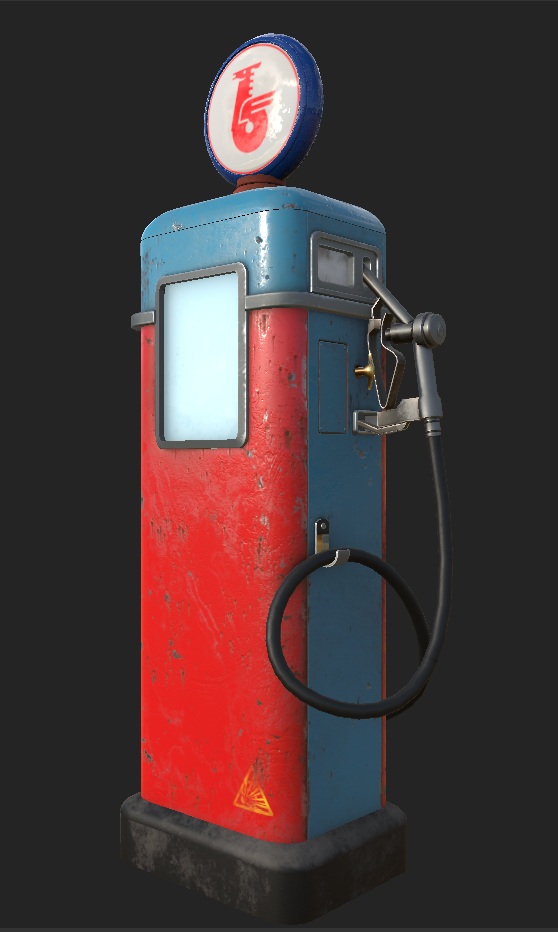 When I had my meshes done, I exported them all into Unreal Engine. I filled the whole scene with props downloaded from Quixel Bridge.

I used Megascans’ trees for the environment:

The other vegetation was also from Quixel and further painted in foliage mode inside Unreal Engine.

Buildings in the background were just some modular pieces from Quixel Bridge, stitched together to make an illusion of a city.

Lastly, I used many decals to achieve a diverse look. 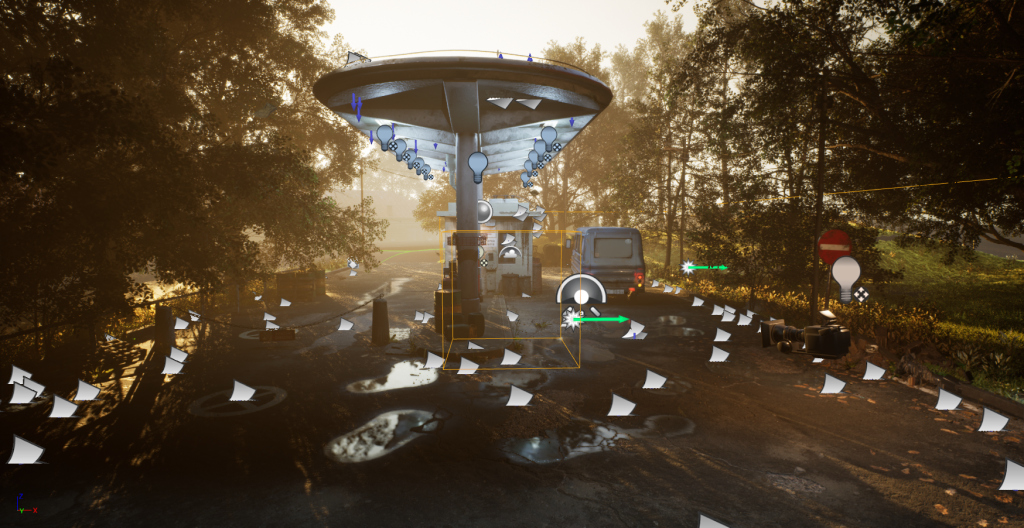 The car model by Karol Miklas was downloaded from Sketchfab. I just slightly tweaked textures in Photoshop.

For the lighting, I just added all the necessary ones from the Environment Light Mixer tab inside the UE—direction light, skylight, sky atmosphere, volumetric cloud, exponential height fog and post process volume. Then I tweaked it endlessly until I found the look that was in my mind. It was just a trial and error method.

The rendering was done in UE, so it was an instant operation. I just clicked "High resolution image" and it was done. I also added some cameras and animated simple sequences inside the UE. Then I tweaked the render a bit in Lightroom and Davinci Resolve. 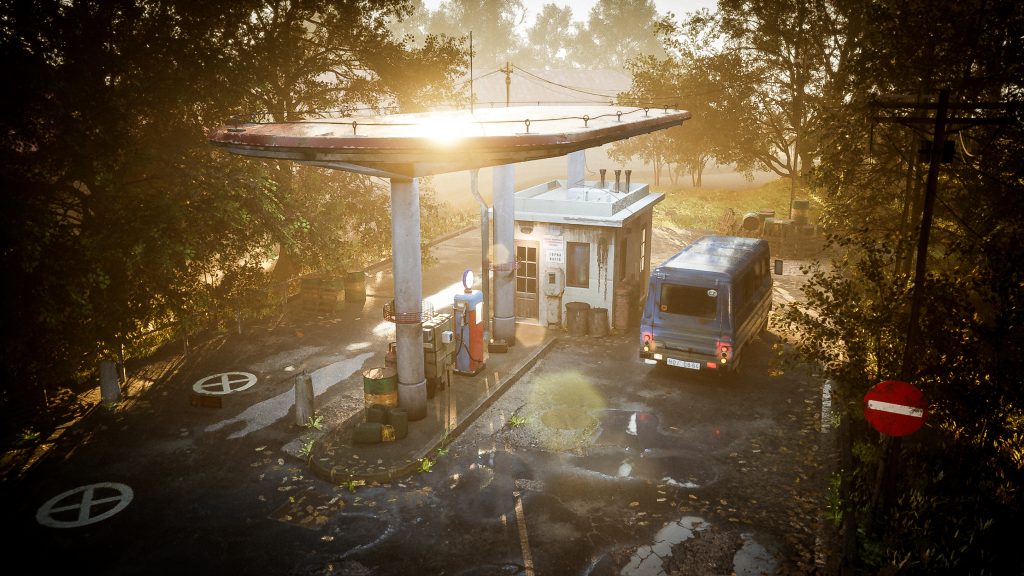 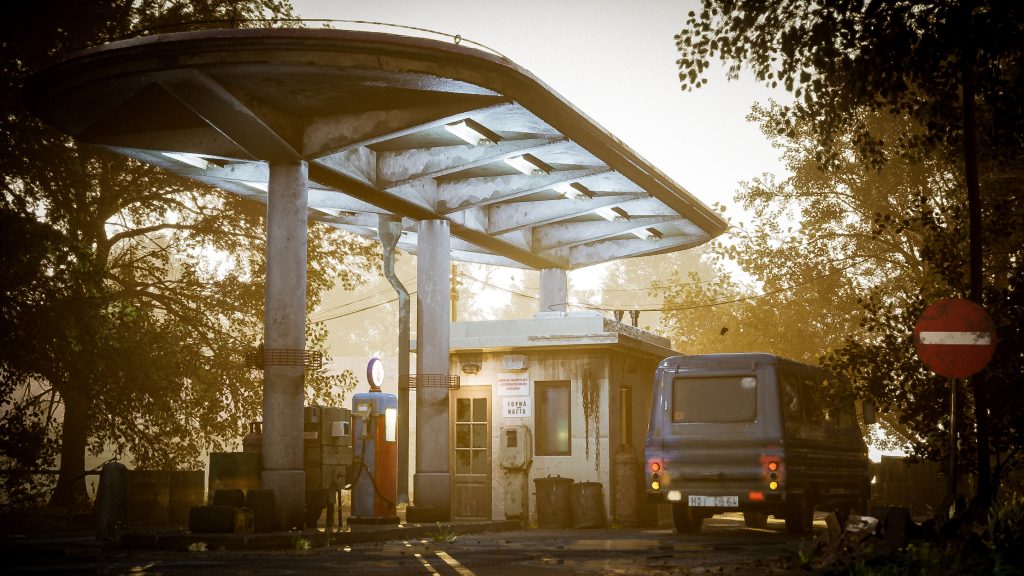 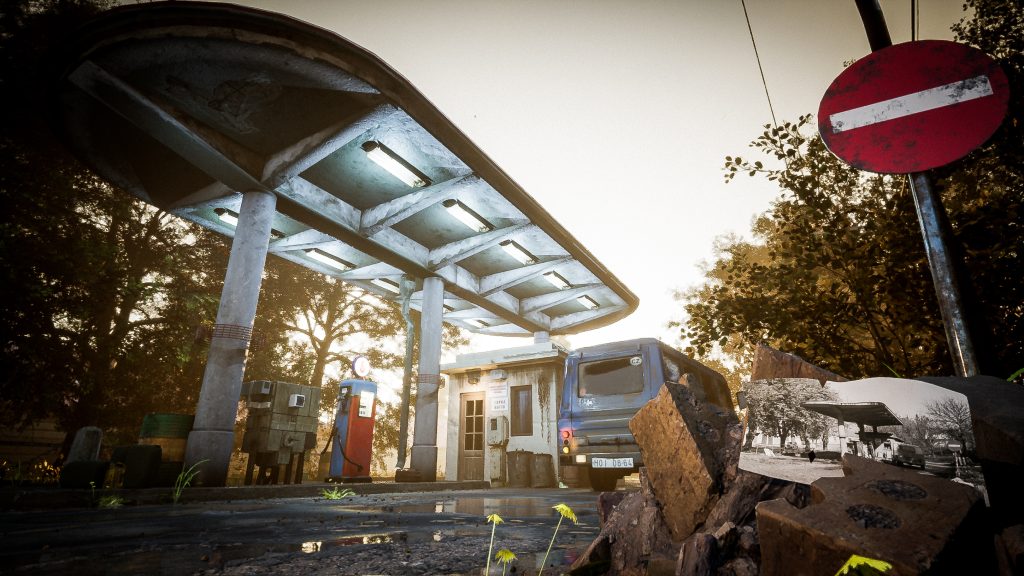 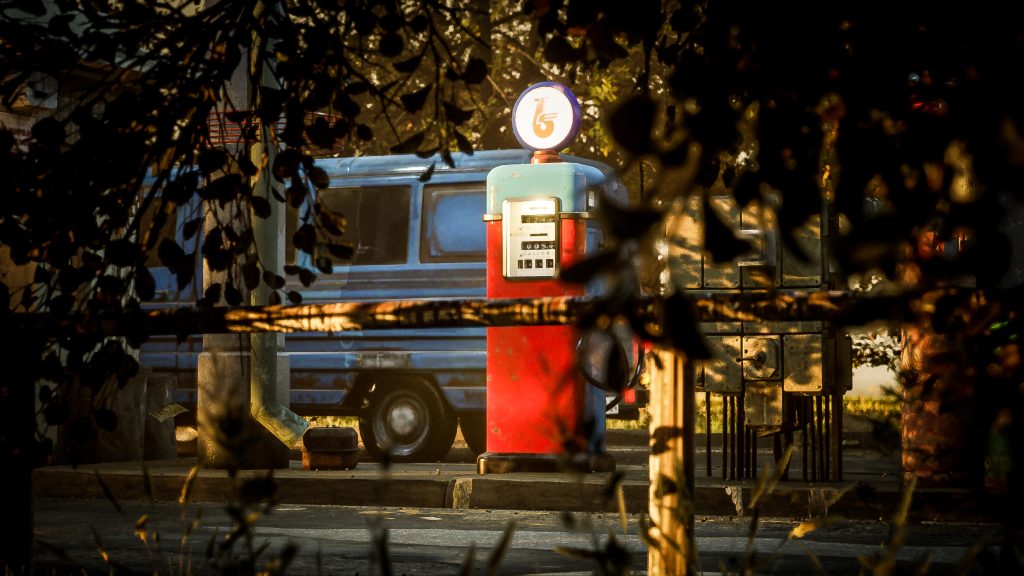 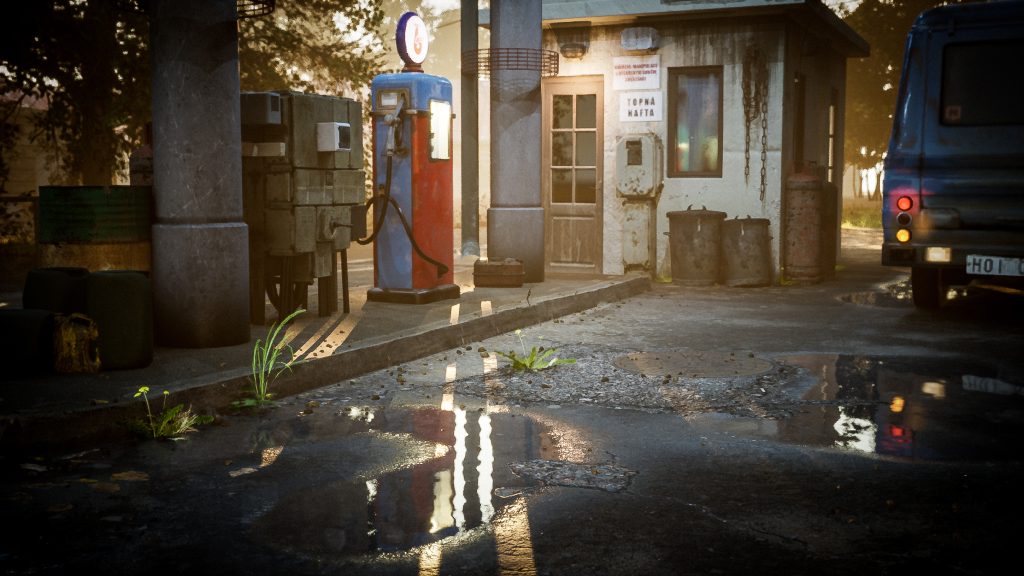 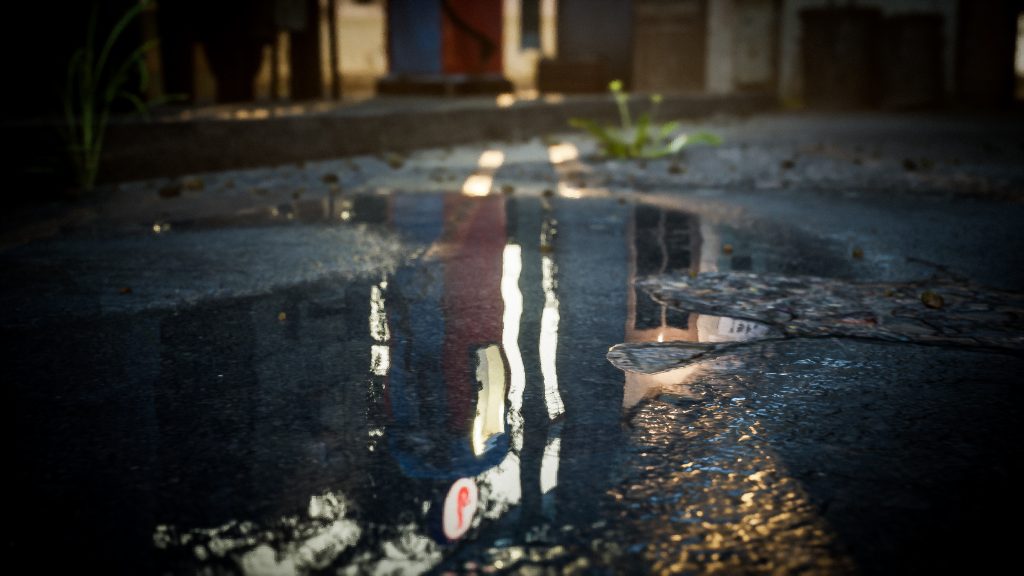 Here is the animation of the gas station:

Thank you for your time, I hope you enjoyed reading this article and learned something useful from it. 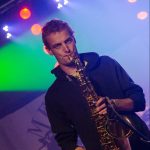 Jindřich Patík, a Printer at an advertising agency. He has a passion for modeling environments, from Kyjov, Czech Republic. 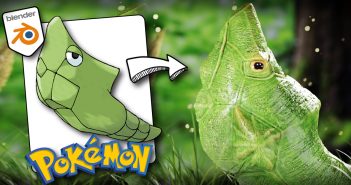 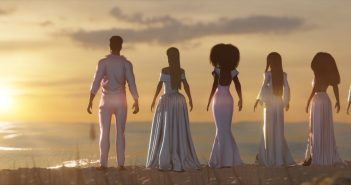