Since 2015, I have been playing around with 3D software, mainly Blender, having focused on product and architectural visualisations, due to me wanting to work in one of these fields some day.

In late 2019, I got my first ever video game console for myself and discovered my admiration for video games and their creation. I wanted to learn more about how these incredible worlds with all their stories and characters are made. So by starting to watch making-ofs, I got more and more into digital sculpting. Ever since then, I have aspired to make a career as a 3D character artist, to one day be a part of the studios and teams that make these stories come alive.

Besides my studies, I currently work as a 3D artist in a software company. We exclusively work with Blender!

For my personal work, I use Blender, ZBrush, and recently also Substance Painter.

Since video games are a huge source of motivation and inspiration, I love to take characters and creatures from titles I have played, and sculpt them as a practice. God of War 4 was the latest game I played through. Thus, I decided to take the challenge and sculpt Kratos.

This sculpt was a first in many ways, since I actually never planned to get into such complexity and detail, let alone texturing. Usually, I only sculpt parts of the body such as the torso or face with minor details, leaving them without any textures. But this time I felt truly motivated to go a step further, with a major reason also being my new computer that eradicated some past hardware limitations.

It was my first time working with ZBrush to such an extent and with Substance Painter. A huge help were JHill’s and FlippedNormals’s videos on YouTube. Their videos were incredibly helpful and I recommend them to anyone wanting to get into these software.

As with every sculpt, I started with a Sphere. I love the challenge and also see it as a great practice. I started with the head and worked my way down. For the body parts that I still struggle to create freely, such as the hands, I made a super rough base in Blender and imported it into ZBrush. I ignored the parts that would be covered by armor regarding their complexity. 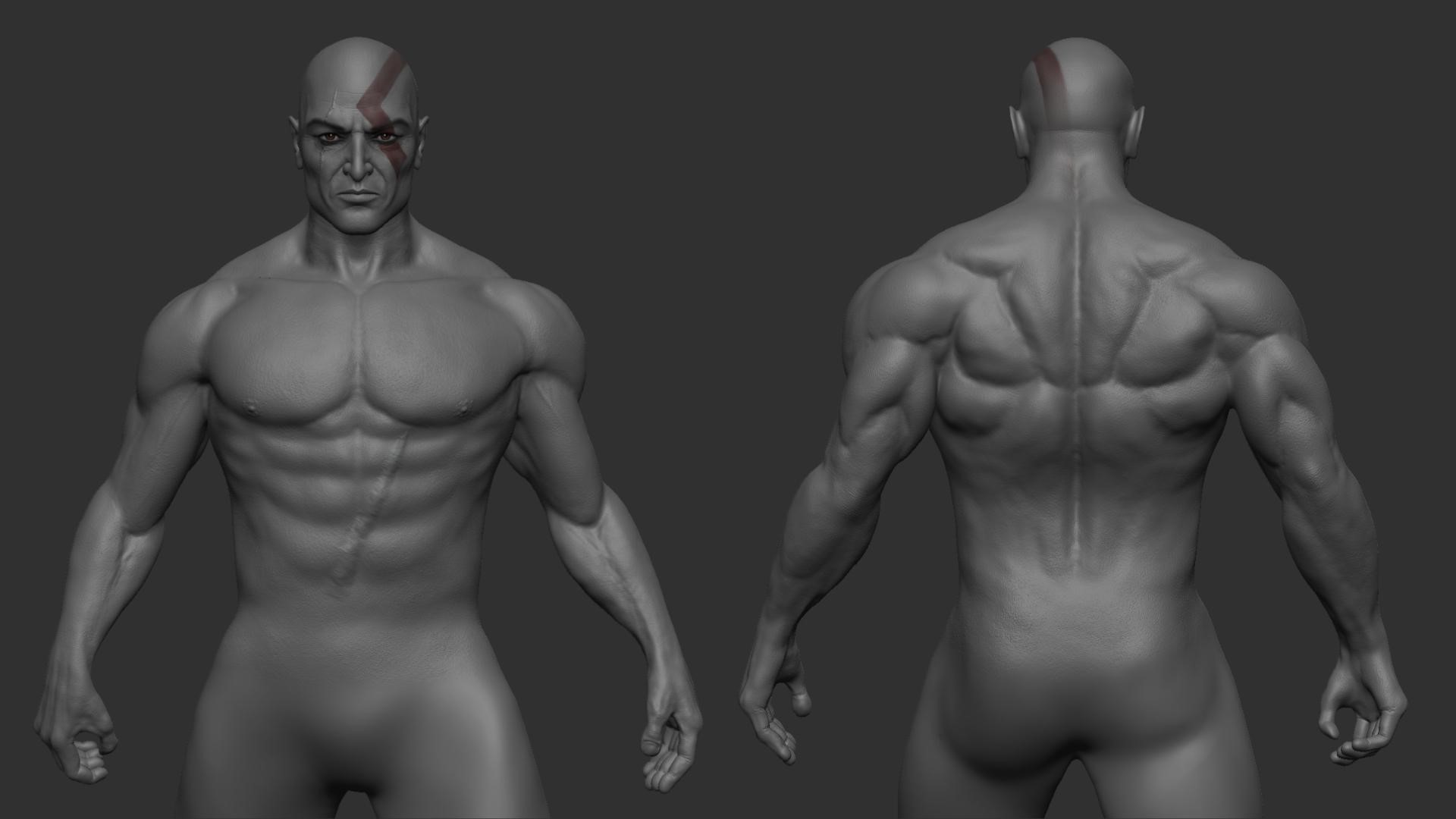 For the armor, I created a rough sketch in ZBrush by duplicating Kratos and sculpting the armor on the duplicated body. I then used this draft as an orientation to create the base for every armor piece in Blender, which I then imported back into ZBrush for detailing. For the Leviathan Axe, I also created a simple base in Blender and then did the detailing in ZBrush. 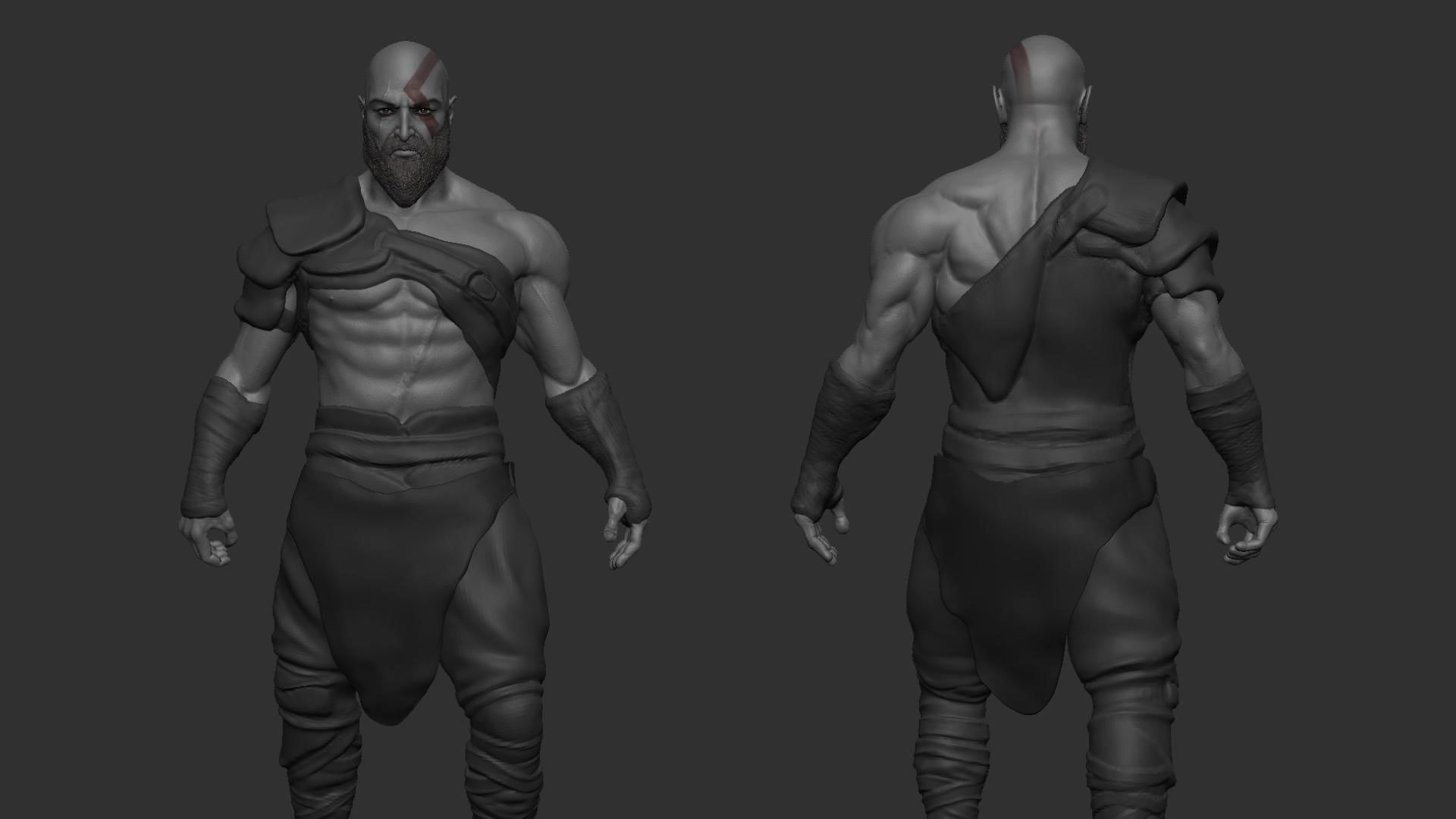 The most challenging part regarding the armor was the braided-leather shoulder plates. It took me quite some time to figure out the best way to model them. I made a little breakdown of the steps showing how I did them, which worked quite well for me. 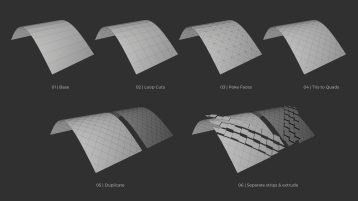 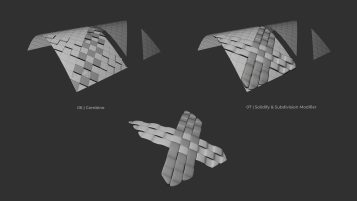 I only worked with default Alphas that comes with ZBrush and those found in the ZBrush Alpha Library on the Pixologic website. As a guide, I watched the excellent video of JHill, "Sculpting Skin Details" on YouTube.

As a practice, I decided to retopologize Kratos, which I also did in Blender. It was my first time doing retopo and I used Maya timelapses found on YouTube as references. The end result is certainly far from perfect, but it was a great exercise and the process itself was actually quite satisfying.

To rig Kratos, I used the “Human (Meta-Rig)“, which can be found in the ‘Add’ menu. Once you enable the “Rigging: Rigify” Add-On in the Blender Preferences. 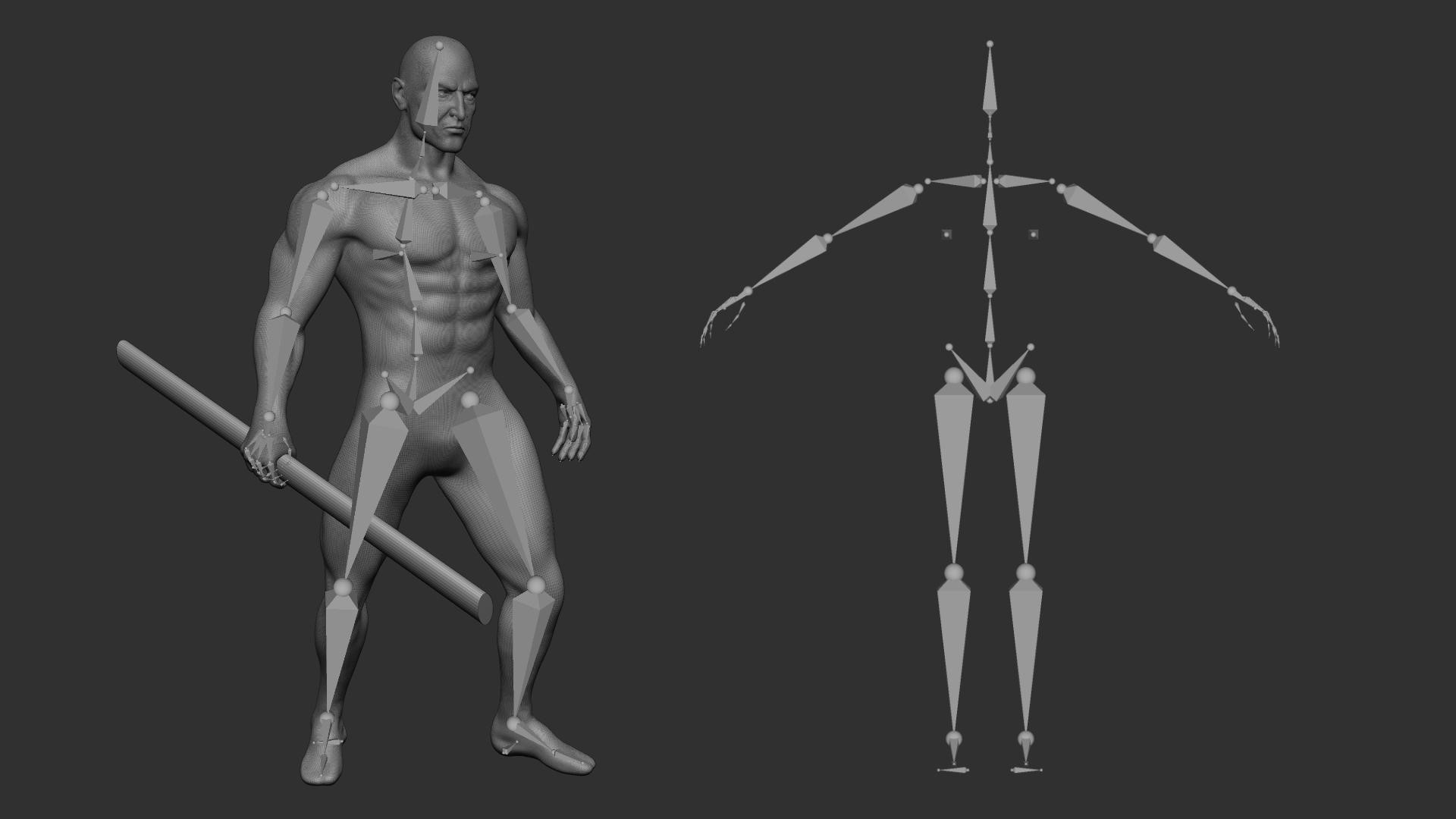 This was another first, as I have never worked with Substance Painter before, but also admired the workflow of hand-painting textures. I followed another tutorial by Jhill, "Making Skin Textures",  and only worked with fill layers and masks. 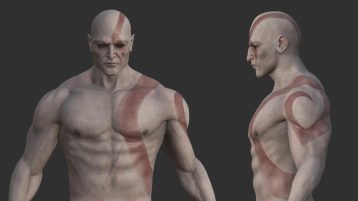 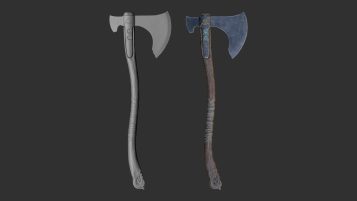 For the eyes, I first created a super rough temporary placeholder, but it worked so well that I kept it for the final renders. For my next sculpt, I definitely wanted to do a more accurate and refined version.

For the beard, I used the Blender's particle system. I really struggled with the transition from skin to beard, and am not too happy with the end result. But since I couldn’t have continued doing changes forever, I eventually had to put my perfectionism to an end. 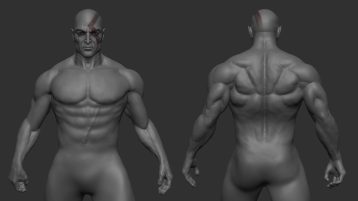 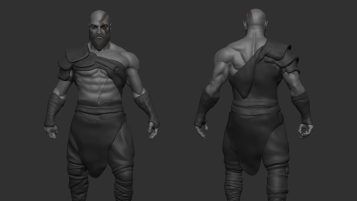 For the lighting, I only used two simple area lights. I generally like to keep the overall atmosphere dark with my renders. 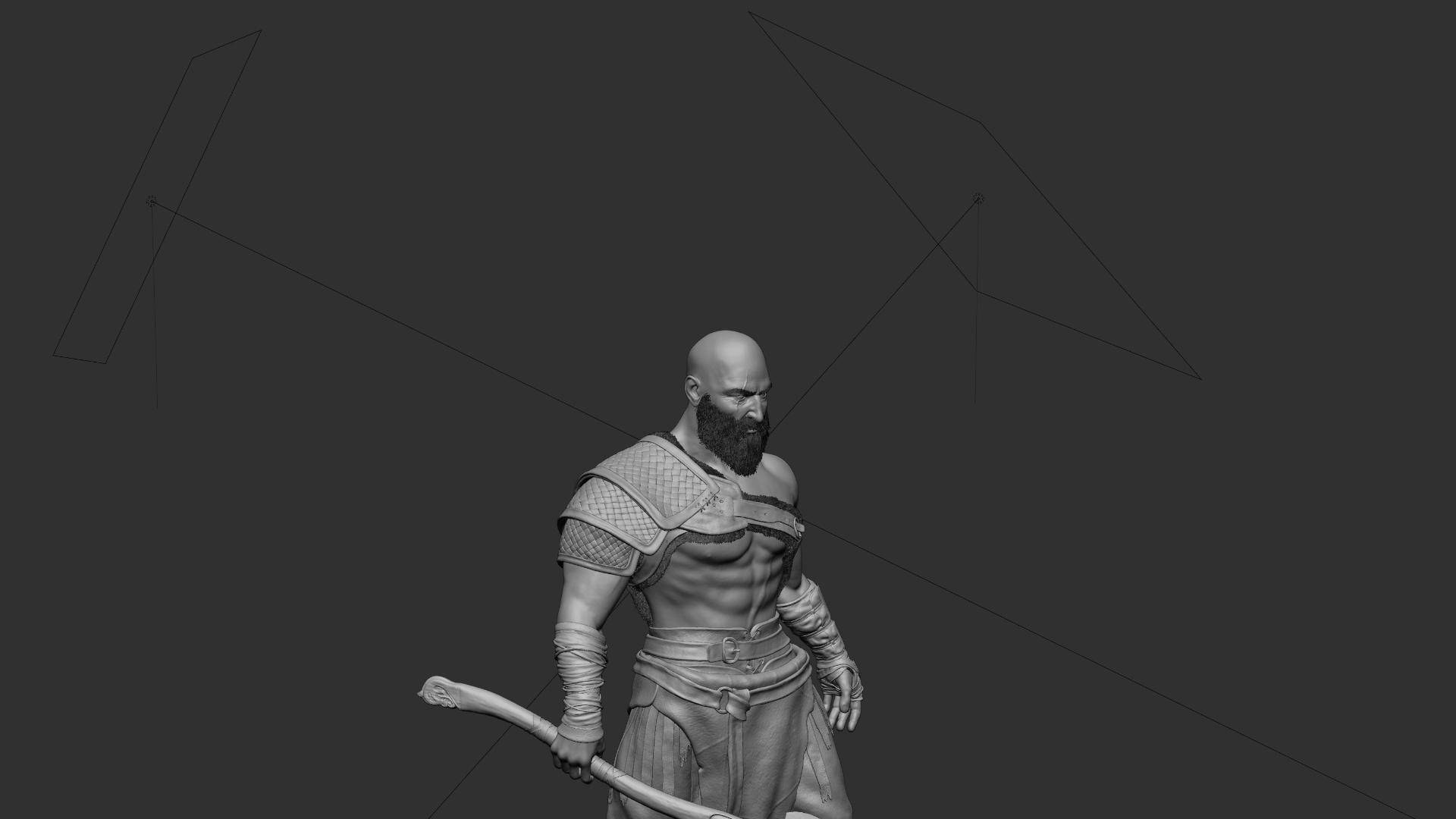 Some minor color adjustments were done in Photoshop. 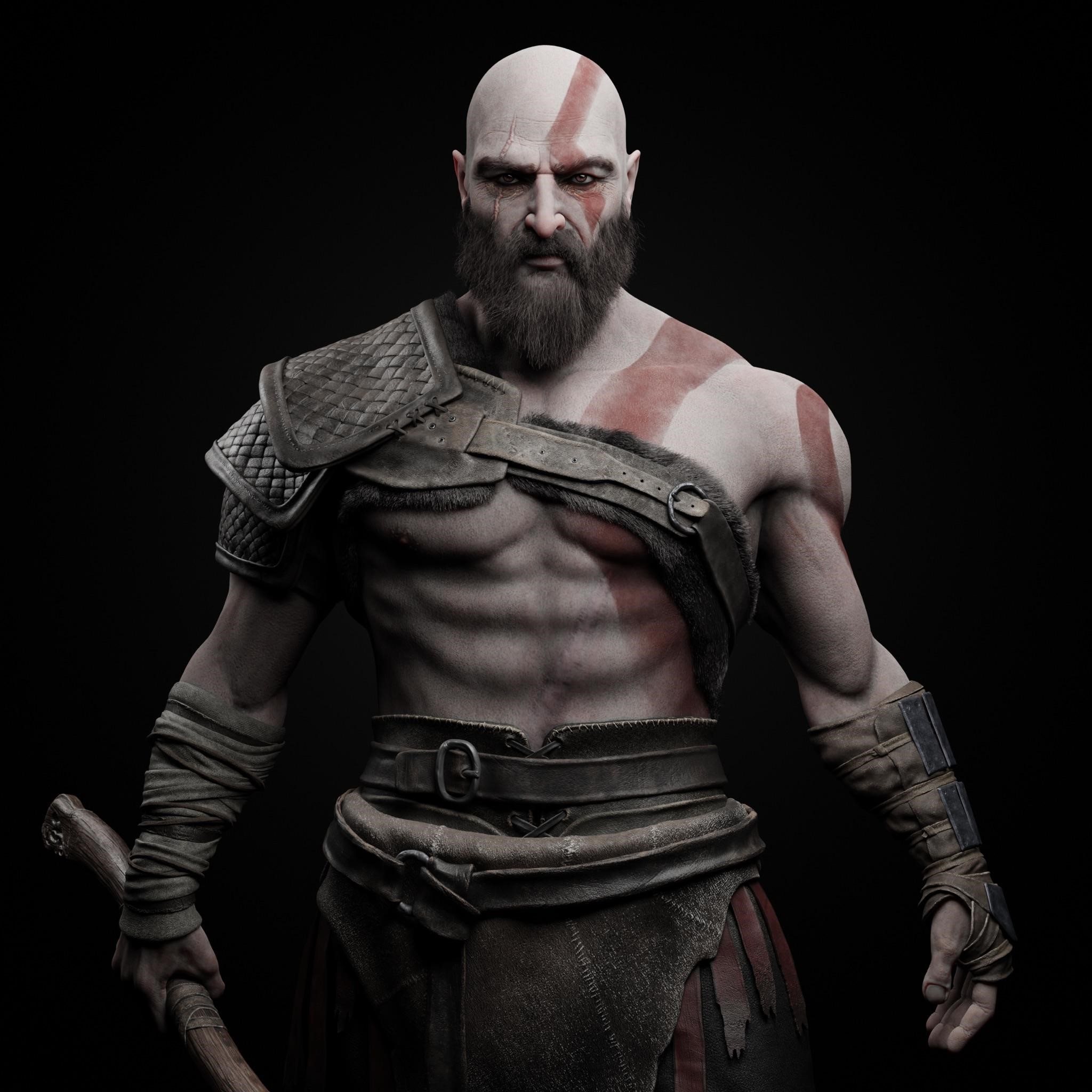 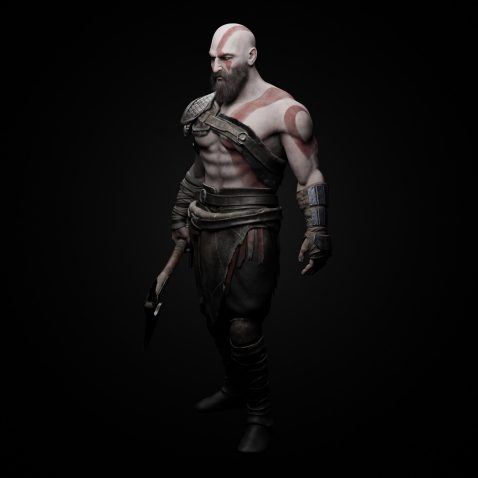 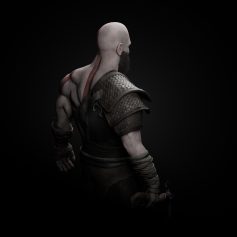 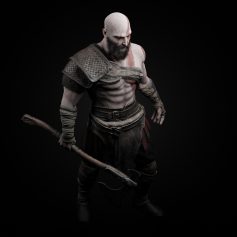 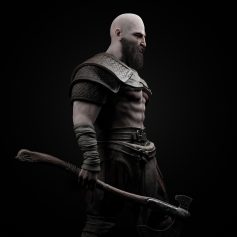 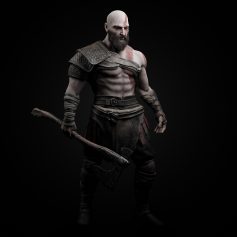 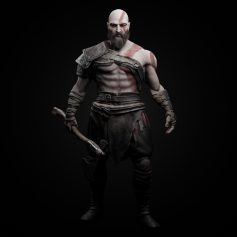 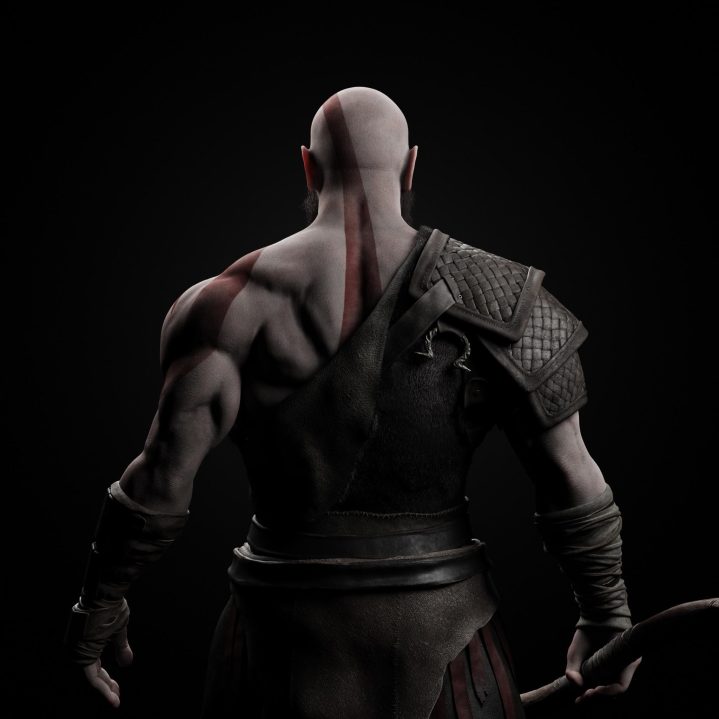 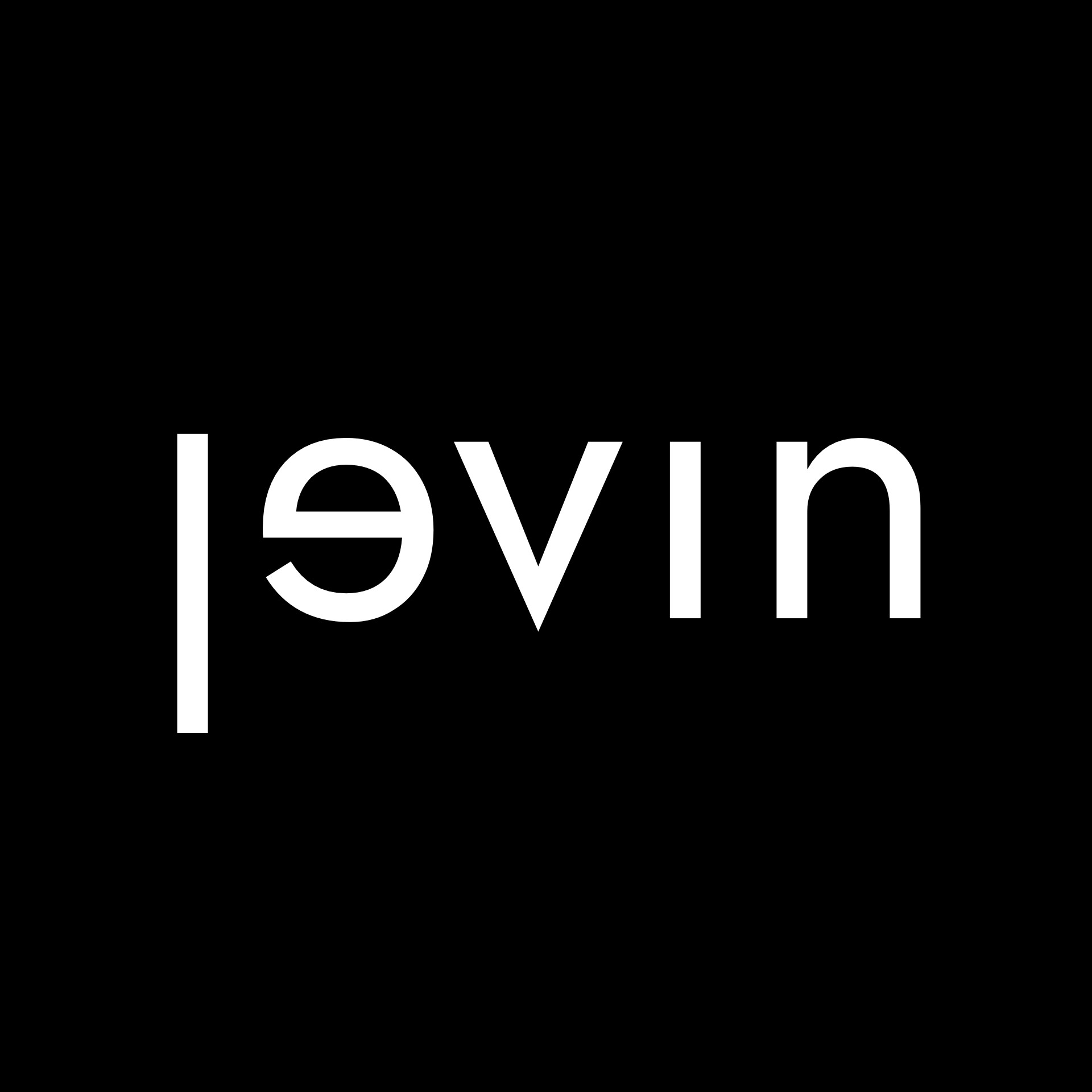 Stephan Ogris-Levin, a passionate 3D artist from Austria. He is currently working as a 3D artist in a software company and aspires a career as a character designer. 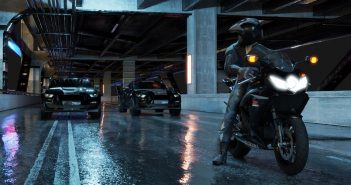