In this version, the KeenTools team significantly raised the possible likeness level in their Blender add-on and also brought MetaHuman compatibility, offering probably the easiest way to transfer a real person to a game engine.

This release brings a groundbreaking improvement to FaceBuilder — an easy-to-use add-on for creating 3D heads from photos. In the new version, changes to the model are applied in a smart way mostly to the nearby regions, leaving the unrelated facial parts unchanged. With this improvement, facial parts like lip corners, curved noses and skin folds are not a problem now. As an outcome, 3D models resemble people from photos far better than before, increasing the variety of potential use cases for FaceBuilder.

One of them can be creating a MetaHuman out of a real person. That has become possible since Epic Games released the Mesh to MetaHuman add-on which can wrap any 3D model of a human head and create a MetaHuman character based on the wrapped mesh. To make the possible likeness of the character made with the union of FaceBuilder and MetaHuman even better, in this release KeenTools added a new ‘MH’ texture map to FaceBuilder which is compatible with the texture layout of MetaHuman. It gives a way to significantly improve the MetaHuman texture by transferring facial features such as birthmarks or scars from photos with the help of the texture generated in FaceBuilder. The KeenTools team covered the whole procedure in this guide. 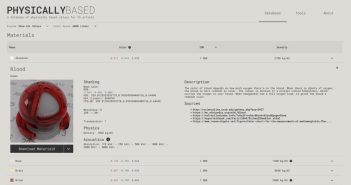 Next Article Open Source Database of Physically Based Values [non-blender]