Hi! I’m Miguel Lobo, a 24-year-old guy from Portugal who is currently studying Graphic Design and also working on his 3D portfolio. I had 3D as my main subject at university, but I’m almost self taught in this area. To describe my work’s theme is easy: fantasy elements inserted in forests with a mix from the stylized world. It has been roughly one year of evolution.

Well, I try to gather influences from everything I find appealing, from cartoons to places I visit—even music if it gives me ideas.

How It came Together

There’s a lot to talk about this work’s creation, and it isn’t only about the technical side of 3D, but the entire journey I had to go through until I found something comfortable enough to work with. It all started with the need to implement something more ‘real’ and analogic, a way to cut all the digital things involved in doing 3D. I felt the need to not be around my PC all the time and do some fieldwork instead, where I could wander around and look for objects that are scattered around the world, eliminating the need to model organic shapes and take advantage of what’s already in our space. This gave me room to focus more on composition and colors, which were my main difficulties, and at the same time bring more complex objects to my scenes. 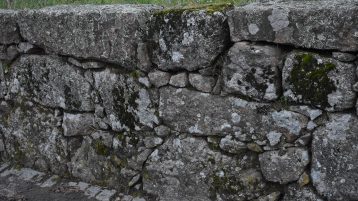 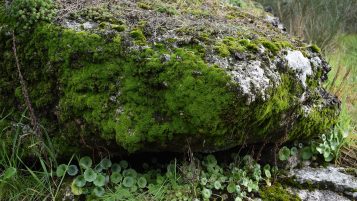 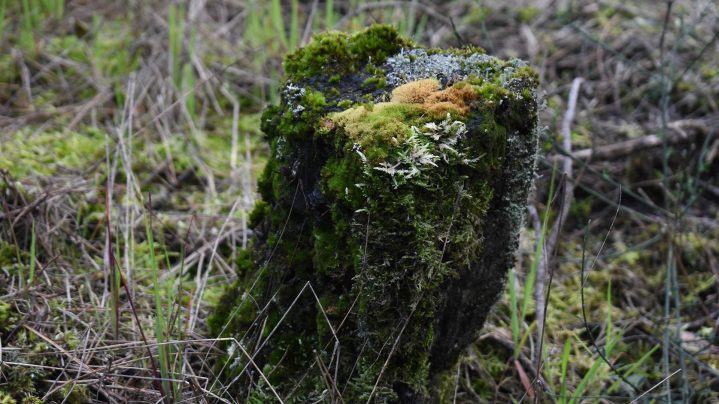 The first thing I do, after I have an idea, is to go to places where I know there are elements I’ll need for my work. Usually, it’s in small forests where I find my things, but there are also nice objects in cities. Then I’ll use Meshroom to create the photo scans. 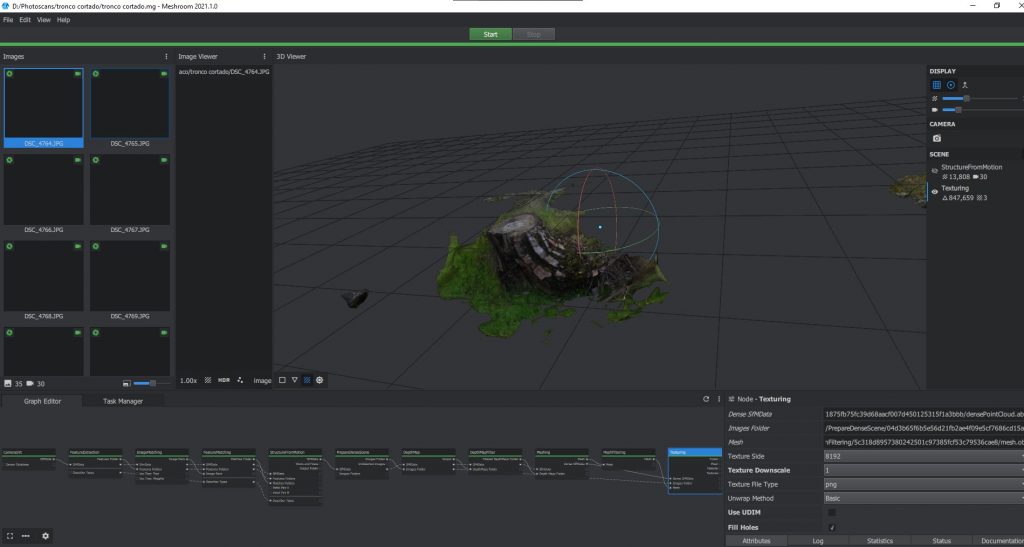 This leads to objects with around 1 million faces. Now it’s just a matter of cleaning the mesh with retopology or using the decimate modifier, baking the textures, and getting it ready to be placed on the scene.

For texture, it depends on how much detail I want. But I usually just use the ambient occlusion map to add some details and dust. In the photo scan case, I bake the AO and normals and use that for texturing.

Since I’m working with environments, there’s a need to scatter a lot of objects around, which is solved using the scatter option from the BagaPie add-on. Also, there’s an ivy option that comes with it that I use a lot when filling some objects' gaps. Sometimes, I prefer to use geometry nodes, especially if there’s something that requires it, but the easier option is just to use the add-on. 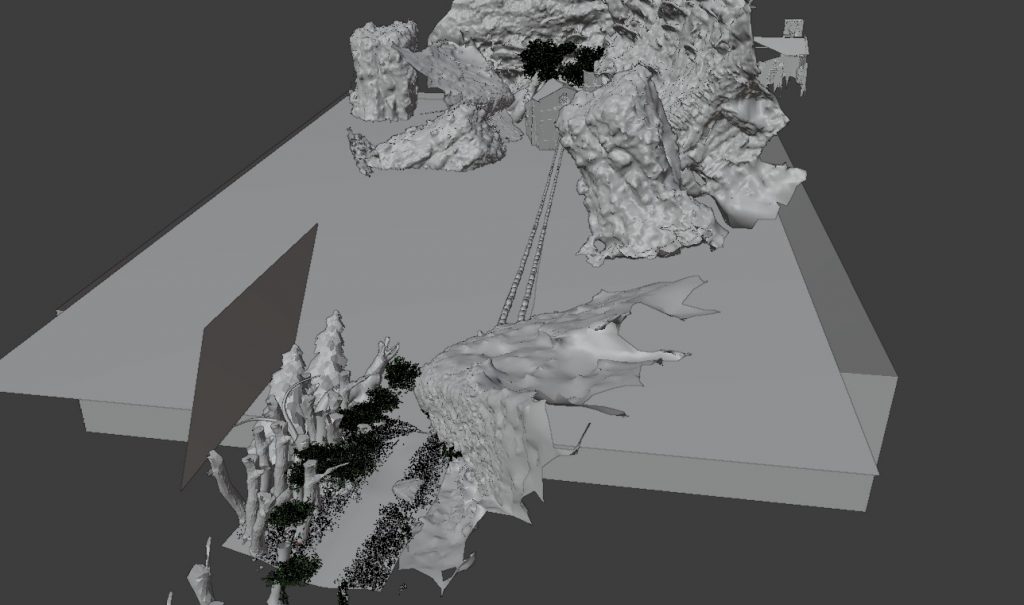 From this point, I just progressively fill the “canvas” and try to maintain the objects’ scales as proportional. 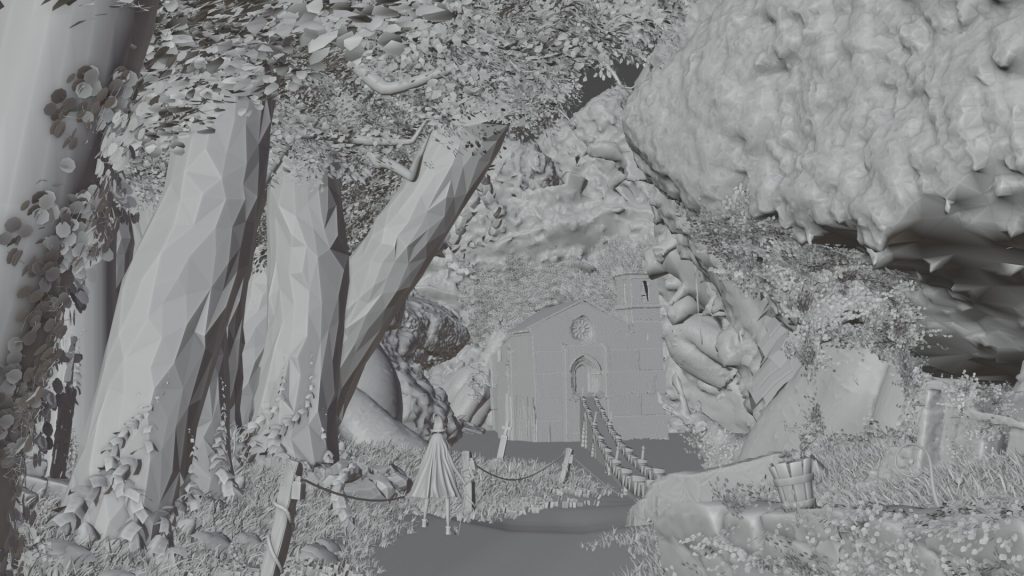 The final step, and perhaps the game changer—post-processing.

First of all, mix a little from the original image with the denoised one.

This gives it a little bit of noise and cuts the smooth feel that the denoiser sometimes does. Then add the atmosphere, which is what shows us the depth of the scene. It’s just using the mist pass and adding that to the image, controlling it with the color ramp. 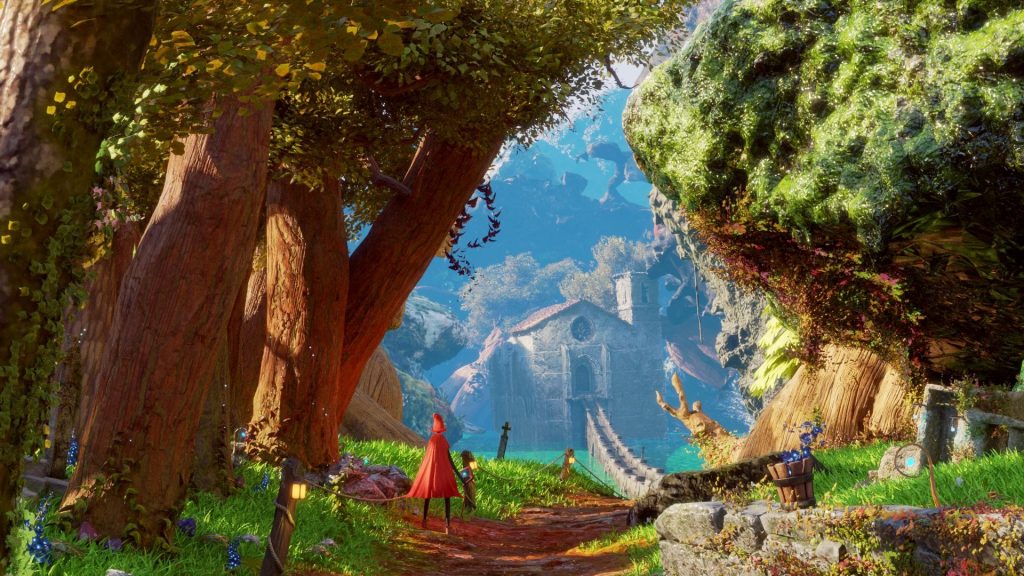 In the end, I did some color corrections with objects’ masks, added the clouds, and improved the light. I also darkened the foreground, gave it a slight pink tint, and did other smaller corrections while using the mist pass as a mask. 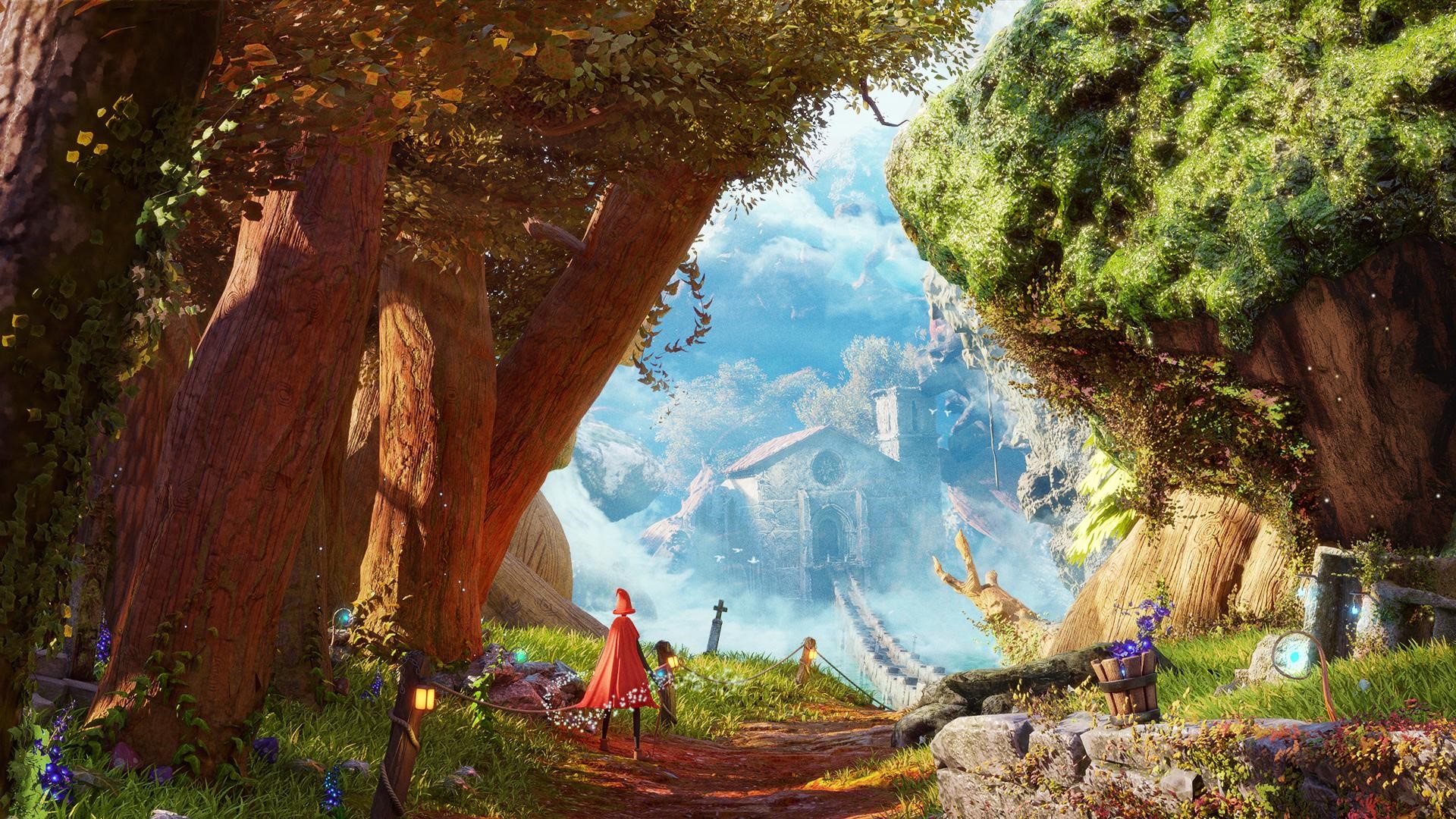 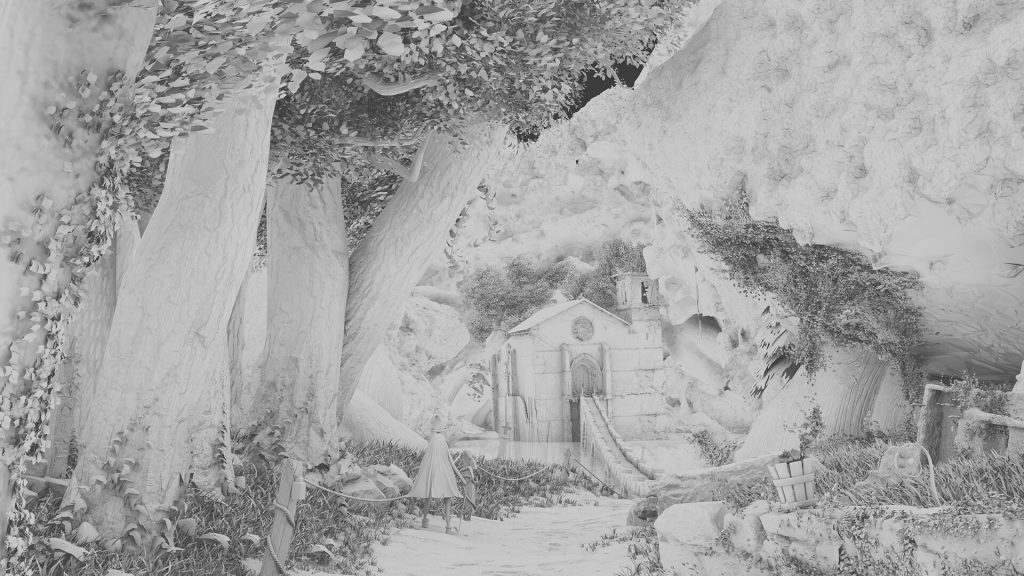 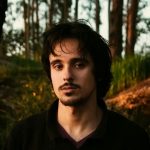 Miguel Lobo, is a 3d artist from Portugal who is currently studying Graphic Design and also working on his 3D portfolios. 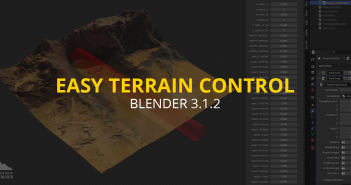 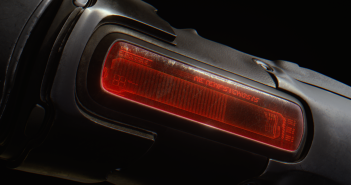