"I have been working on this woodturned globe since early last April. It is now October. The idea behind this woodturned globe was to cut out the patterns of land and ocean as a flat map into a series of 80 triangles. Then those triangles will connect and fold into a sphere. There are two problems to be solved in doing this. The first problem is figuring out how to draw the bits of land and ocean onto each triangle. I used Blender to unwrap the sphere made of triangles. This allowed me to map the world onto those triangles. The second issue is that there is an angle between each triangle that forces all of the triangles into a sphere. The first thing I did was cut out all of the triangles with the land inlaid into the ocean using the CNC. Then, I cut the angles into the sides of the triangles with some jigs that I made for the table saw. When I went to glue everything up it started out okay, but as the pieces got bigger and bigger, the discrepancies between the triangles also got bigger and bigger. Something was terribly wrong. I put the project down for about 5 months while I thought about how this was supposed to work. I decided the error I had made was looking at the surface of the sphere and taking the angle between the triangles and just dividing this in half to get the angle of the sides of the triangles. This is not quite correct. I modeled a sphere using the actual thickness of the triangles and actually measured what the sides of the triangles would be in that sphere. This gave a subtle difference in the angles. I cut out an entire second batch of triangles and remade a new sphere and this time it worked. Once I had the sphere built, I could wood turn it on the lathe to get a smooth surface. It turned out beautiful." 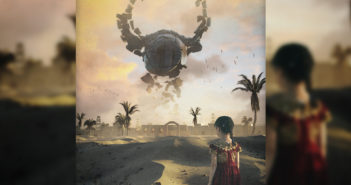 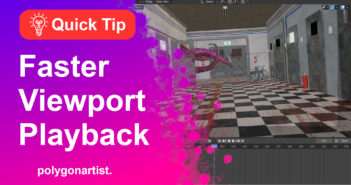 Next Article How To Speed Up Blender Viewport Playback