My name is Husain Alaskari. I am a visual artist from Bahrain. I studied computer animation and special effects, obtaining my Masters degree in the subject in 2005. I taught graphic design for 14 years at colleges in Bahrain and Oman. I also worked for 7 years as a creative director for an advertising agency.

Delmon, or more correctly Dilmun, was an ancient maritime empire which flourished more than 4000 years ago as a trading hub centered around the island of Bahrain. It is most unfortunate that for whatever reason it faded from collective memory and was considered a myth until archeological digs conducted by Geoffrey Bibby in the 1950s confirmed its true existence and drove him to write his wonderful book Looking for Dilmun. It was mentioned in the Epic of Gilgamesh as the place where Gilgamesh dove to find the flower of immortality. Sumerian cuneiforms discovered in the 1850s gave this description:

In Dilmun no cry the raven utters
Nor does the bird of ill-omen foretell calamity
The lion kills not, nor does the ravening wolf snatch away the defenceless lamb.
Unknown is the wild dog who tears the kid
The dove does not conceal its head
The maiden walks here in innocence
No lustrations need to be poured
The sombre death priest walks not here
By Dilmun's walls he has no cause for lamentations.

How can I not be inspired by that!

The most prominent and mysterious symbol of Dilmun is a copper bull’s head found under the main site of Barbar Temple. This figure featured heavily on Bahrain’s currency and landmarks from the 1970s until the late 1990s. Then, suddenly, it shamefully disappeared, most probably for religious reasons. 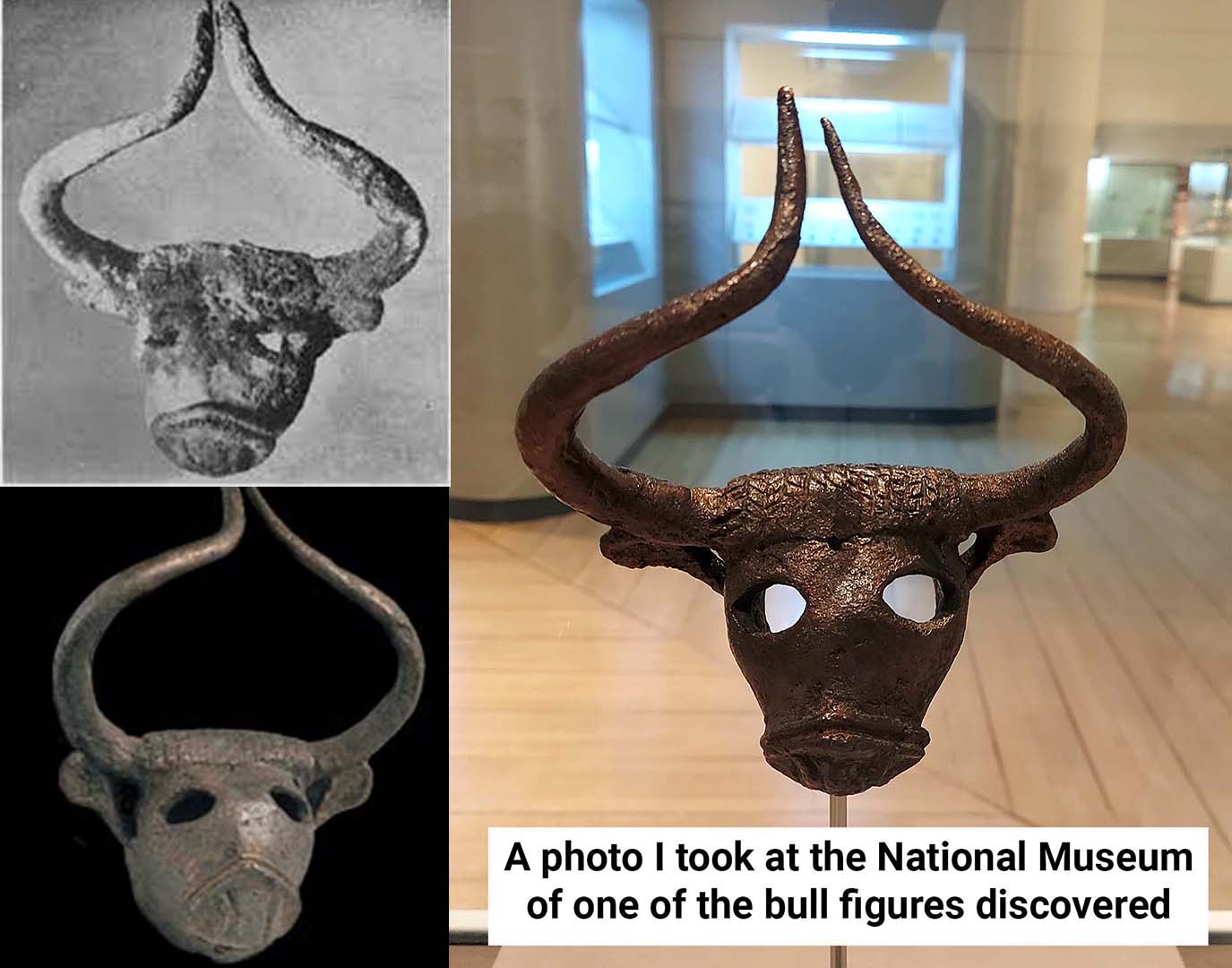 So, as a matter of pride, I decided to resurrect it. The idea was to create a piece depicting the bull’s head in an epic manner befitting its status, and what better way to do that than to make it rise above the temple whence it was discovered... to simply visualize finding Dilmun in a dream.

The first step was obviously to model and texture the bull’s head. Basic poly modelling and a bit of sculpting in Blender was used to create the head. It was then textured in Substance Painter. 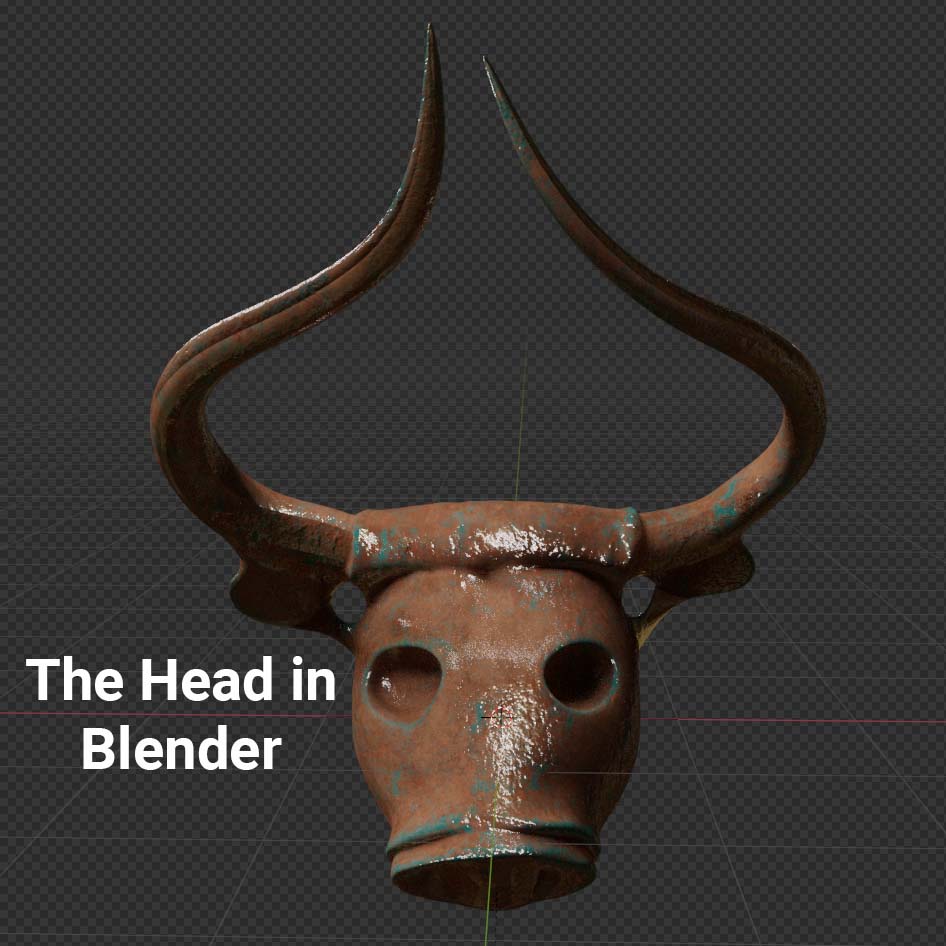 The next step was modeling the temple. I decided to keep this model as simple and low-poly as possible as it was going to be a background element. The architecture was taken directly from depictions found at the National Museum. Texturing it was all Ian Hubert-y project-from-view in Blender’s UV editor. 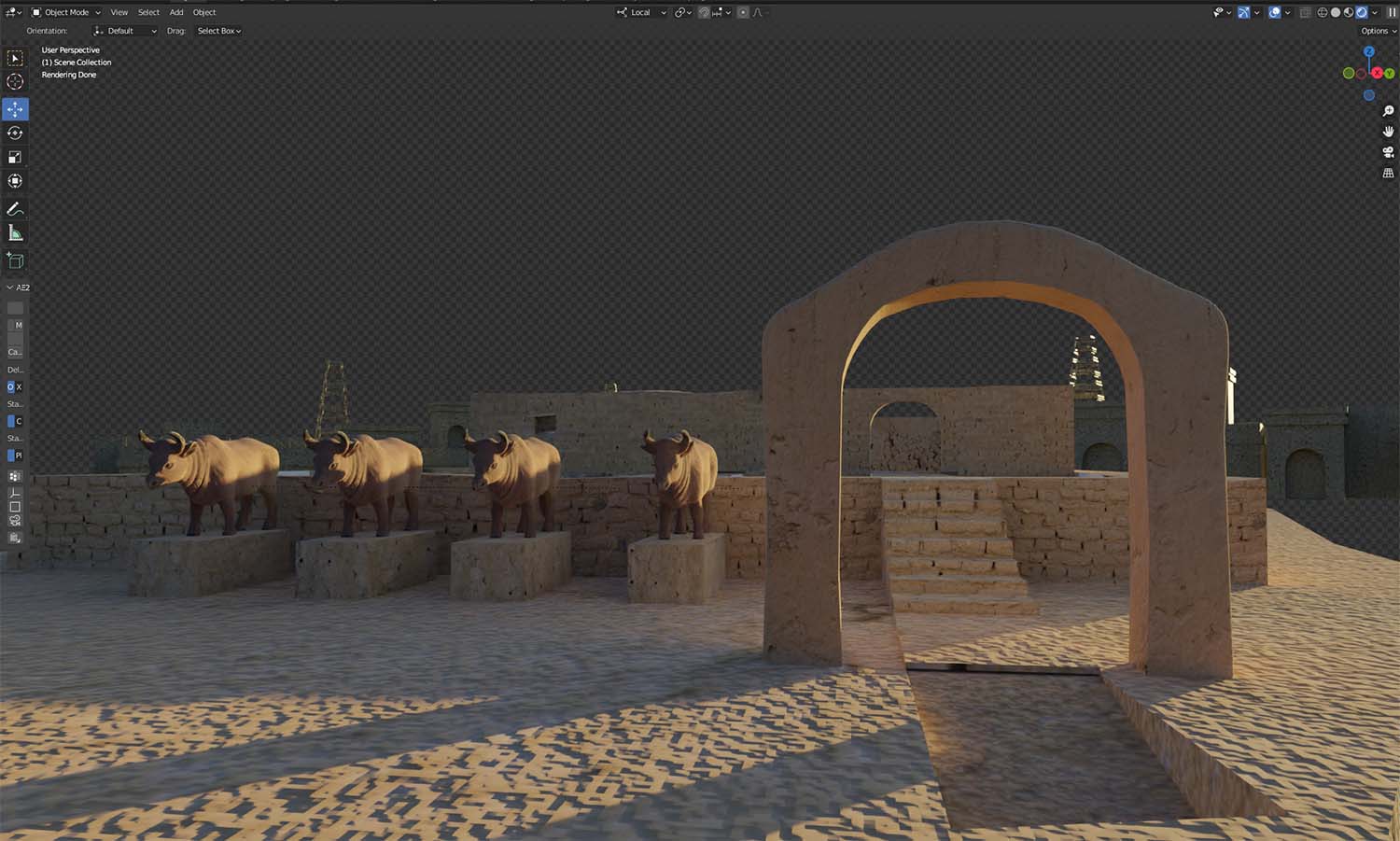 The desert ground is a plane with a procedural displacement map. The main shapes were made with Voronoi Textures and wobbled with Noise Textures. The ripples in the sand were made with Wave textures. Rocks were then scattered on the sand using a hair particle system guided by a weight paint density map.

It is worth mentioning that scattering the rocks was not a straightforward process. Blender does not correctly place particles on procedurally displaced objects. This was done by baking the procedural height map and outputting it to a full-float EXR file. This file was then used to displace a duplicate plane with the displacement modifier to be used as an emitter for the hair particle system. 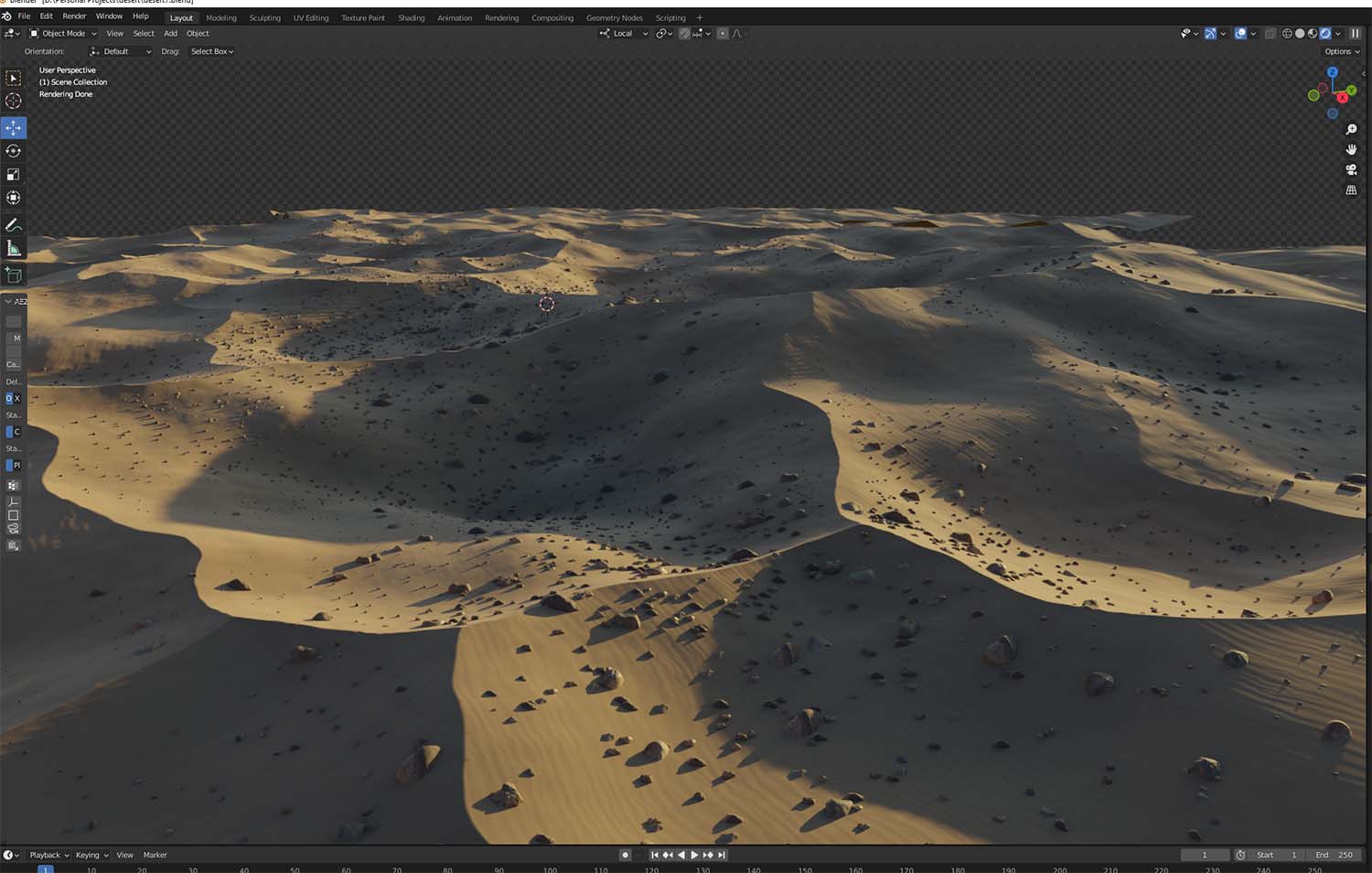 One of the most satisfying parts of the modelling was the bull head disintegration effect. The Cell Fracture addon was used to create the pieces, then the Bend command (Shift + W) was used to pull the pieces apart. Here’s a short video of the process:

Palm trees, dust planes, and a sky plane were added to complete the 3D work in Blender. 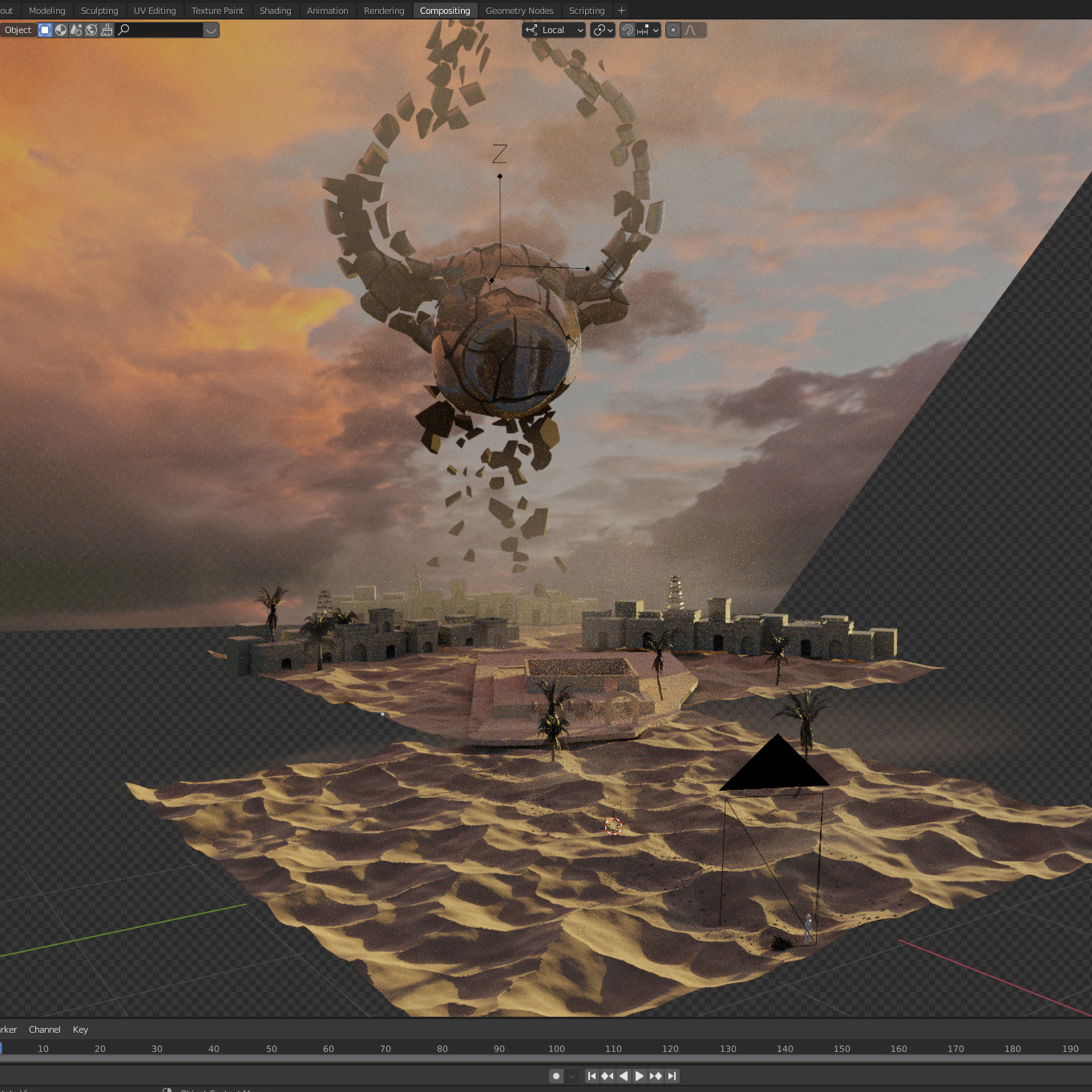 Various render layers were set up in Blender in order to have better control over the compositing process. This was done without going overboard.

The figure in the foreground is my daughter, standing on the roof, dressed in traditional local clothing with Crocs on her feet. I wanted to depict a link of old and new; to give the piece a sense of discovery and the innocent curiosity of a child experiencing something for the first time. I did not forget to include her favorite one-eyed teddy bear to emphasize the idea of finding Dilmun in a dream, sleepwalking into it. I tried to match the lighting as best I could using natural light. Then on to final compositing. 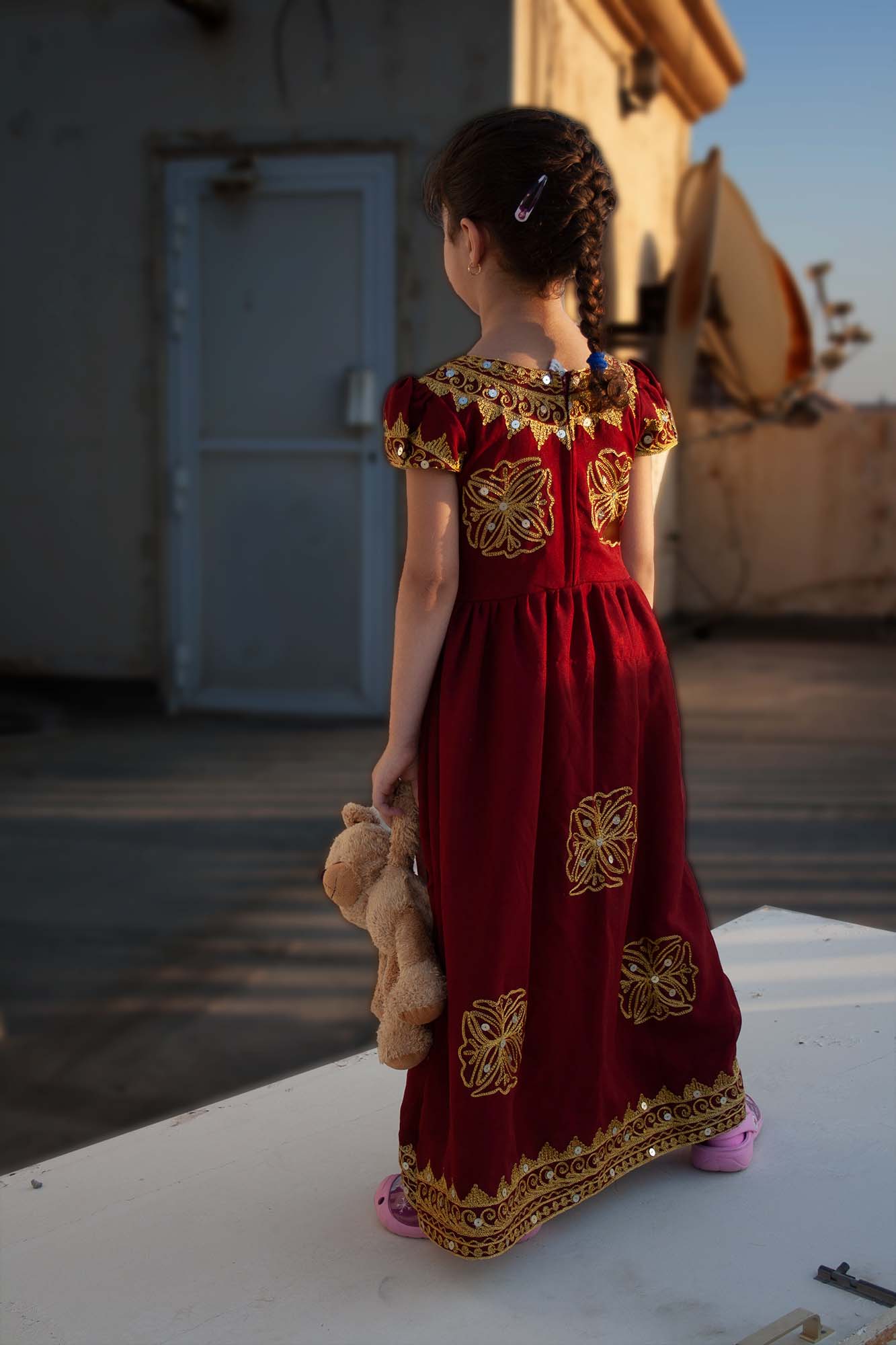 The final compositing was a pretty standard Photoshop procedure: matching colors of various layers and tweaking things with a bit of painting. I added birds for scale and a dirt layer to break up the sharp cleanliness of the 3D render. And here’s the final image. 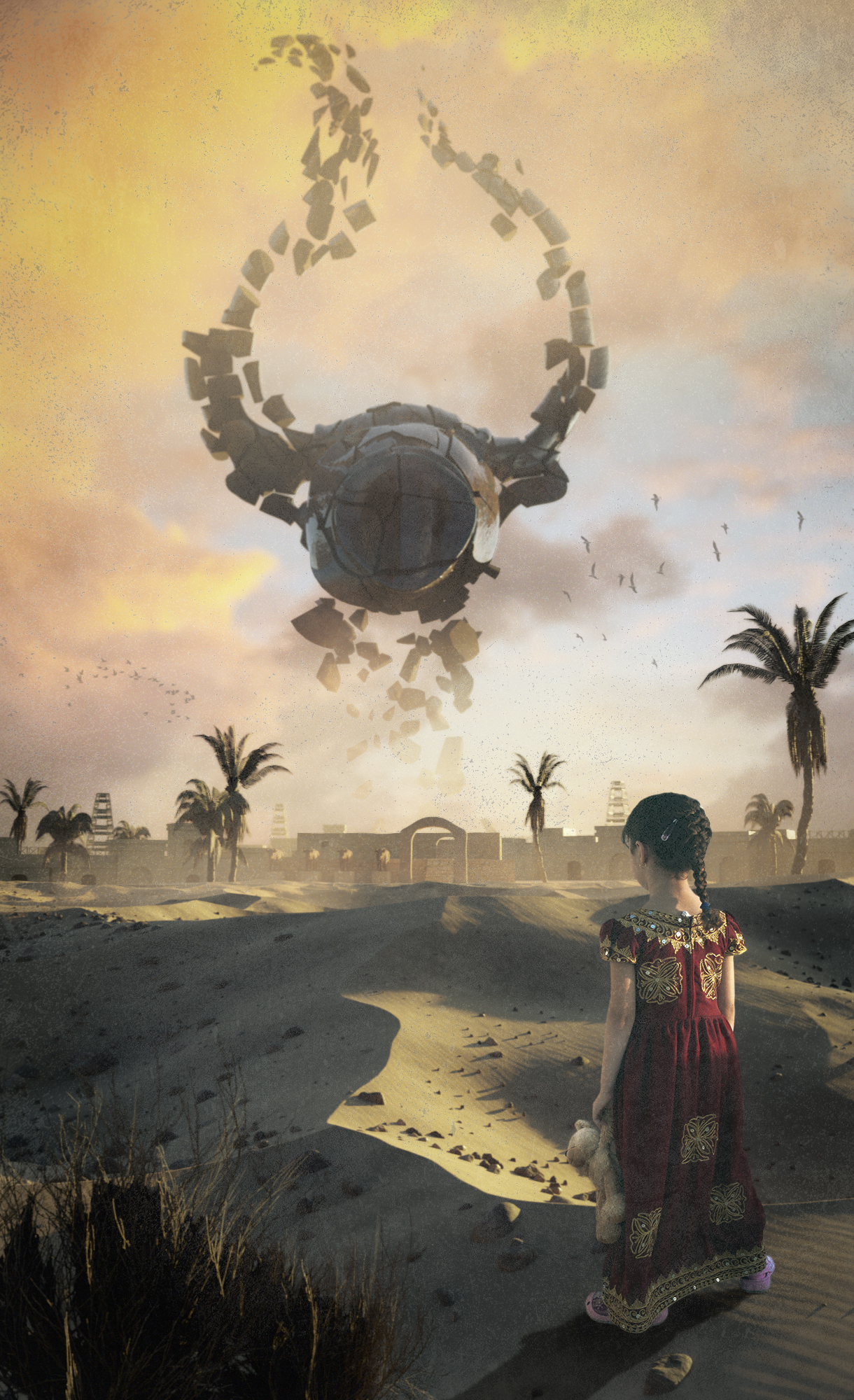 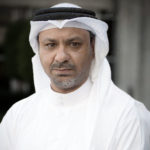 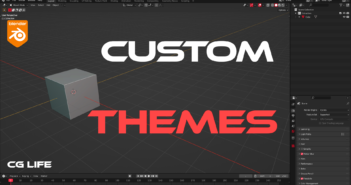 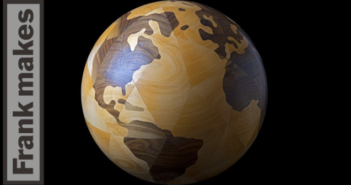 Next Article How to Woodturn the Earth FT Blender