Blender's milestone 3.0 version was released a short week ago, and was accompanied by a bombastic showreel video and the heartwarming "Blender is..." community compilation. Both these videos featured some high-quality motion graphics, which surprise surprise, were made with Blender! Even better yet, the Blender Studio has just released their source files for free!

In a post on the Blender Studio Blog, Art Director and Motion Graphics afficionado Andy Goralczyk outlines the work he did for the Blender 3.0 showreel motion graphics, explaining the thought process behind illustrating the new features of Blender in the titles and transitions themselves.

The source files for the Blender 3.0 showreel and the "Blender Is..." motion graphics are now available for download at https://t.co/z8Y6wBg5Cg. Enjoy! #b3d pic.twitter.com/4UNBwc7CwG

We put the source files for the 'Blender is...' intro and motion graphics for the Blender 3.0 showreel from @artificial3d online!
Here is a quick look into how I set up the spirals and shapes with a little geometry nodes system :)#b3d https://t.co/Vy1Gzuun74 pic.twitter.com/kn53vo9C4x

Check out the link below to read all of Andy's insights and download the source files: 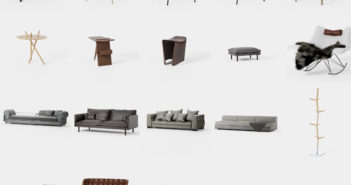 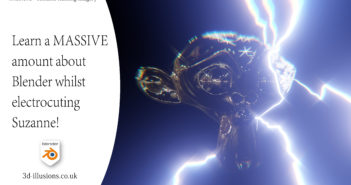 Next Article Learn a MASSIVE amount about Blender whilst electrocuting Suzanne!