This is it, the end of an era, the beginning of a new one. Blender 2.0 was announced at Siggraph 2000, which means that Blender's giant leap into the 3.x realm was 21 years in the making. Blender dons this new digit as a token of achievement, more powerful mature and adopted than ever, carried on the shoulders of the Blender Foundation, thousands of contributors, thousands of Development Fund supporters, and millions of users worldwide.

This momentous release was released a couple of weeks after Blender's most ambitious Open Movie to date, Sprite Fright, during the production of which this release cut its teeth. Blender 3.0 was afforded 3 more months of development time to mitigate covid-induced restrictions and to "stick the landing" of the 3.0 milestone, and boy did the Blender Developers make use of this extra time.

The Cycles X project is one of the crowning achievements of Blender 3.0: The major re-write of the 11-year-old path tracing production renderer has made its way to its release, and the results are breathtaking.

Thanks to the re-write, rendering in cycles is 2 to 8 times faster in real-world scenes out of the box on GPU! Kernel compilation times have been massively reduced for Optix, which now also supports hardware ray-tracing for baking. Open CL support was dropped due to driver bugs and the stalled OpenCL standard, but other hardware vendors have immediately pitched in development time to bring back GPU rendering support with their APIs, including AMDs HIP which just made it for the 3.0 release, with Apple following suit with their Metal framework, expected to be ready for the next release

Benchmarks of render performance on Optix 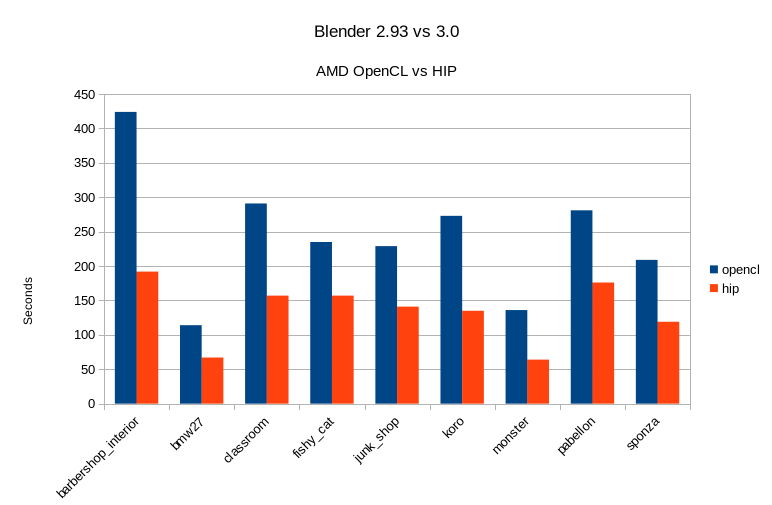 Benchmarks of Render Performance on HIP

These performance improvements are not exclusive to render speeds, with the viewport becoming leaps and bounds more responsive thanks to various Improvements.

This performance increase is accompanied by a re-design of the sampling user interface and defaults settings, to reflect the improved adaptive sampling and it taking center stage as the preferred way to use cycles. There are now separate presets for viewport and render sampling, and a new time-based rendering limit option has been added. 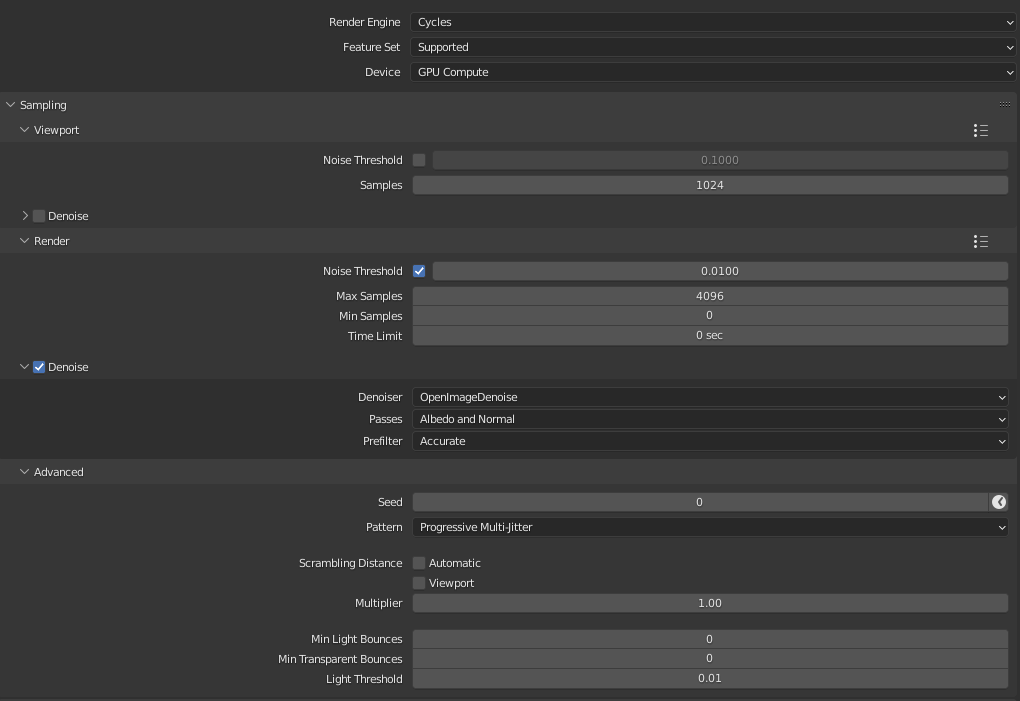 Blender 3.0's new sampling panel, with revamped adaptive sampling and the inclusion of Distance Scrambling among other things

A new Scrambling Distance setting was added and can be found in the Advanced panel, with this feature controlling the amount of correlation between pixels and potentially increasing performance in some scenes. 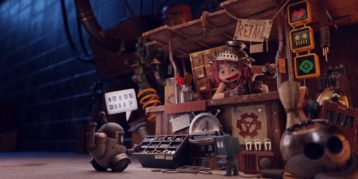 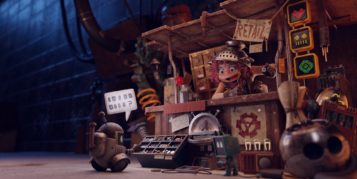 The example above shows the potential performance gain, but also highlights one of Scrambling Distance's caveats: When cranked up (or down in this case) to extreme values, such as 0 in this test, banding artifacts can start to appear such as on the character's shoulders. An automatic scrambling distance feature helps mitigate that.

Denoising has been greatly improved on OpenImageDenoise, with the AI denosising library being upgraded to version 1.4 which includes prefiltering, greatly improving detail preservation. Volume denoising has also been improved thanks to the tweaking of auxiliary albedo and normal passes. 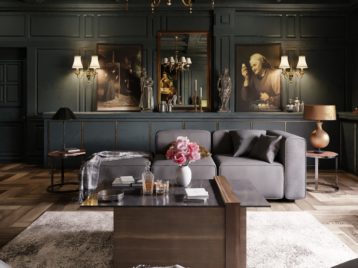 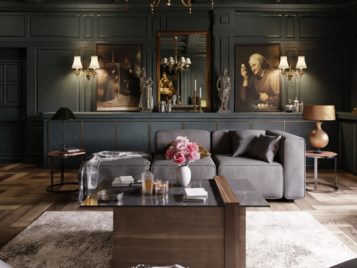 The example above shows the effectiveness of the new denoiser at preserving fine detail, such as the couche's pattern.

The shadow catcher system was fully rewritten, and now can fully handle colored indirect light and emission via the new Shadow Catcher pass.

The shadow catcher pass now has to be multiplied with the background plate, making use of it's new found colour and light accuracy

William Leeson recently released a post on the Blender Developers blog outlining the status of the Cycles X project seven months in to read more about all of these new features and more.

Geometry Nodes has been the talk of the procedurally built town since it was first shipped with Blender 2.92. This release holds an extended and re-imagined Geometry Nodesm with the concept of "Fields" being at the forefront of this redesign. The new system promises to be at the same time more approachable and more flexible than the previous attribute system (which tended to yield very linear node trees), and has allowed for the porting of texture nodes from the shader editor among other things.

It's not people but THINGS that make a home #b3d pic.twitter.com/91hKIGvieb

The 3.0 release coming hot on the heels of nodevember means that we managed to get a glimpse of the power of the new system before the release, with fields being leveraged to create incredible procedural artworks. The Geometry Nodes team did an impressive job on the re-design: More than a hundred nodes have been added to the new system already! 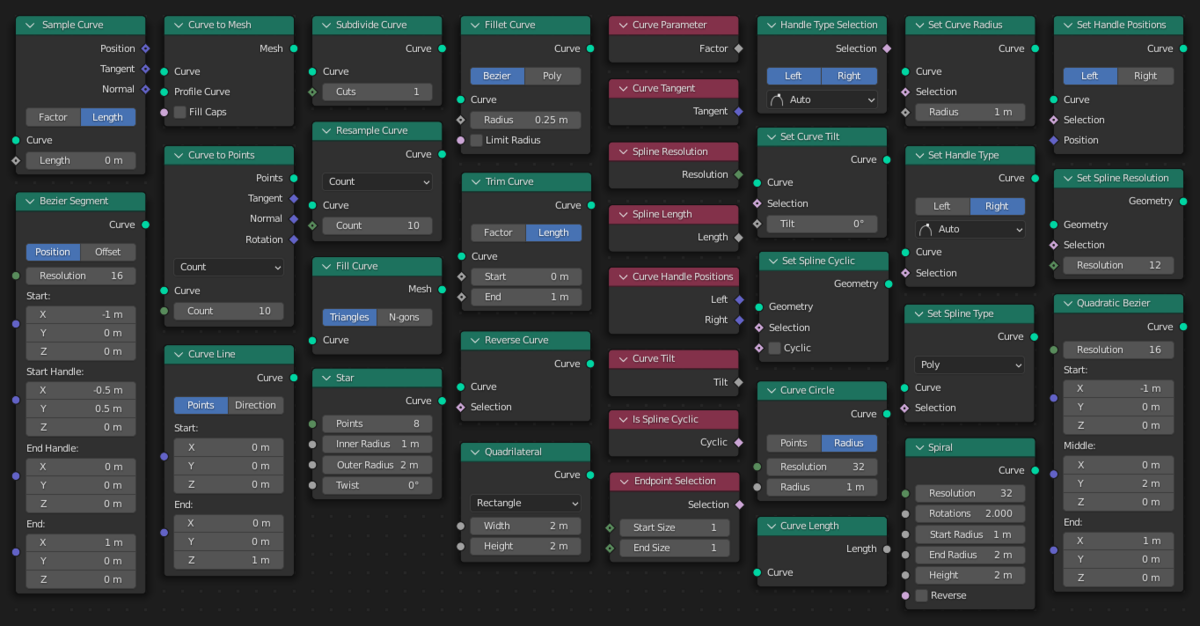 All the curve nodes added in Blender 3.0

Check out the release notes for an extensive list of all the added nodes and functionalities, or Erindale's tutorial series primer on the new Geometry Nodes fields system below:

The long-awaited Asset Browser makes its official debut with Blender 3.0! Previously hidden under an experimental tag in Blender 2.93, the new editor makes its way into the limelight with this latest release, offering the ability to create, manage, and use locally stored assets including materials, environments, objects, and more. 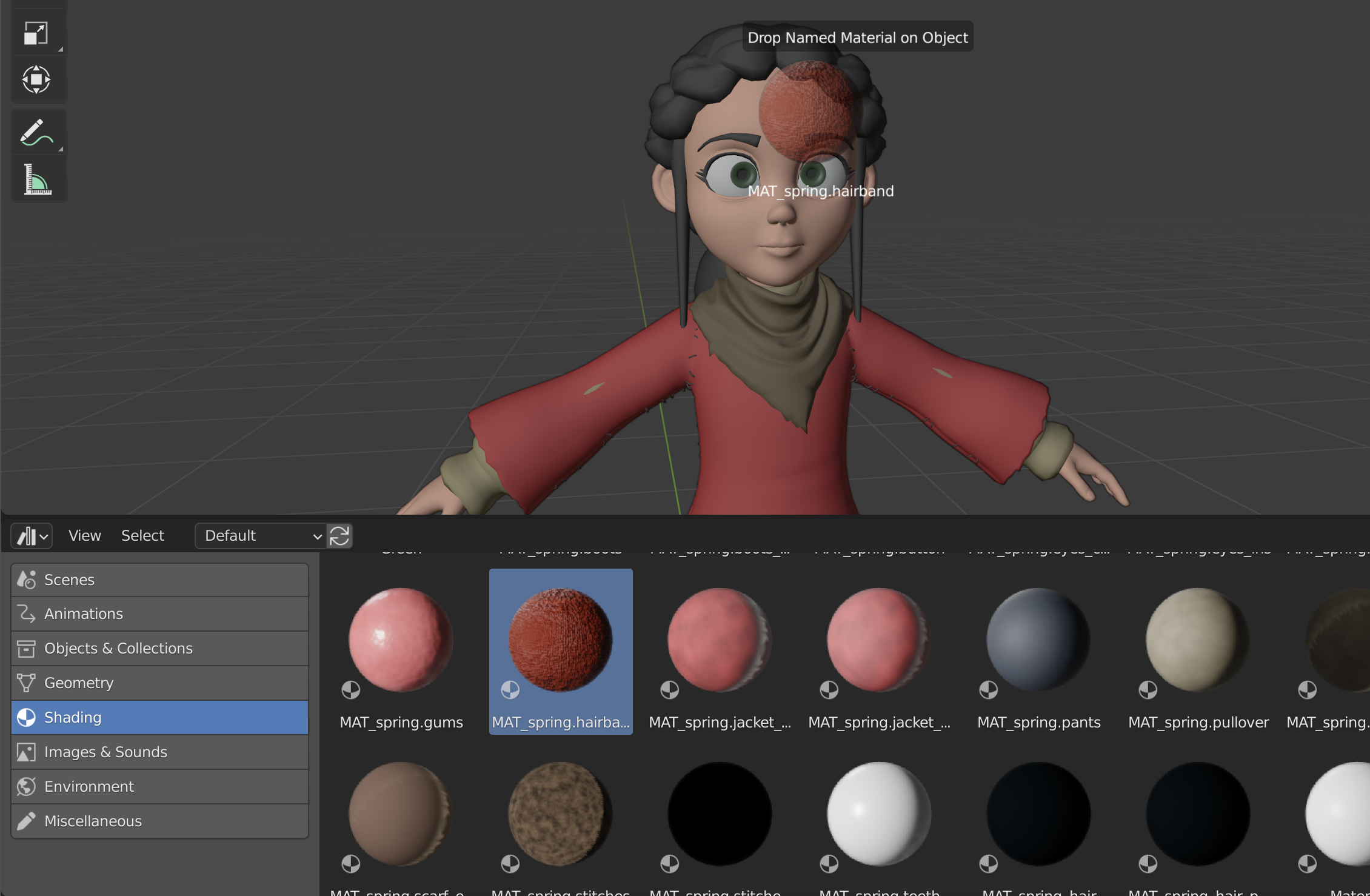 The new asset browser was also extended into a new pose library system, making it accessible and usible from the N panel, and making poses always readily acessible for use. Sybren Stüvel made an extensive post on the Blender Blog overviewing the new Pose Library 2.0 system,

The Asset Browser is still in heavy development, with many new experimental features already making their way into the Blender 3.1 alpha. The new editor's trajectory seems firmly pointed upwards.

The animation department got a lot of love for this release of Blender, with the upgrade of the aforementioned pose-library, the addition of new constraints and constraint functionality, new keying sets, and more. Two new features deserve a special mention:

The In Betweens tool have been improved, and now all use the same sliding tool showcasing a visual indication of the blending/pushing percentage applied, on top of various other usability improvements.

The new Pose Sliding operator can be found under Pose>In-Betweens>Blend to Neighbour, and allows to Nudge the current pose to the left or the right of the pose, allowing to drag poses into in-betweens without losing the current pose.

Blender's default theme got a refresh to celebrate this milestone release. Blender's theming capabilities have also been enhanced, with many new theme parameters being exposed and customizable. 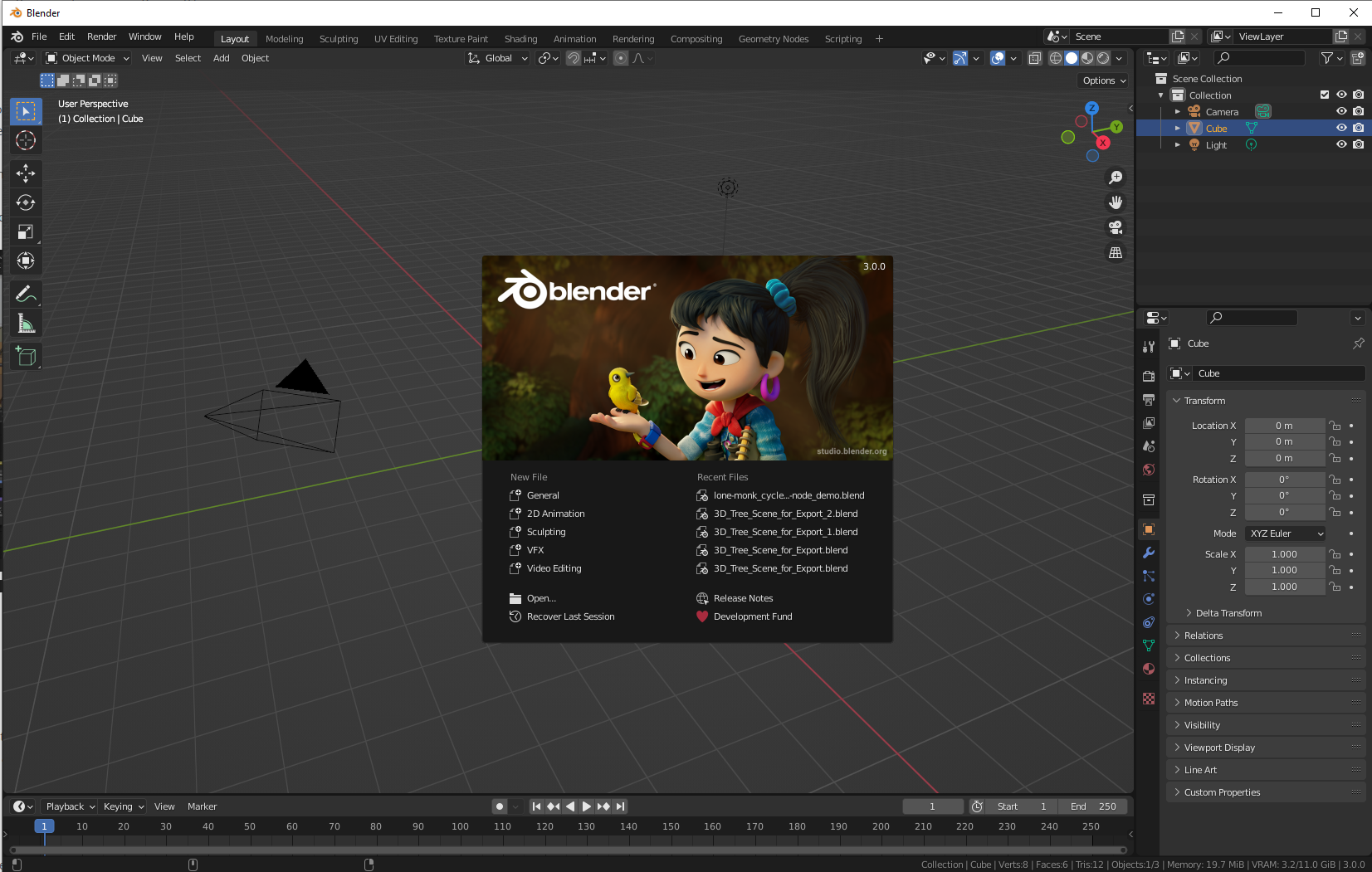 The node editors received some of the most notable changes, with the addition of colored noodles, a dot grid, dashed lines for Field connections, the removal of the green background when entering a node group, and the re-theming of nodes for better contrast and readability.

On top of re-writing and leveling up an industry proven production renderer, redesigning Blender's procedural and nodal future, adding a new Asset Manager editor, upgrading the animation tools and refreshing the UI, the Blender development team managed to squeeze in even more goodies in this release:

Among a slew of other updates and new features, the Grease Pencil team added two new modifiers: 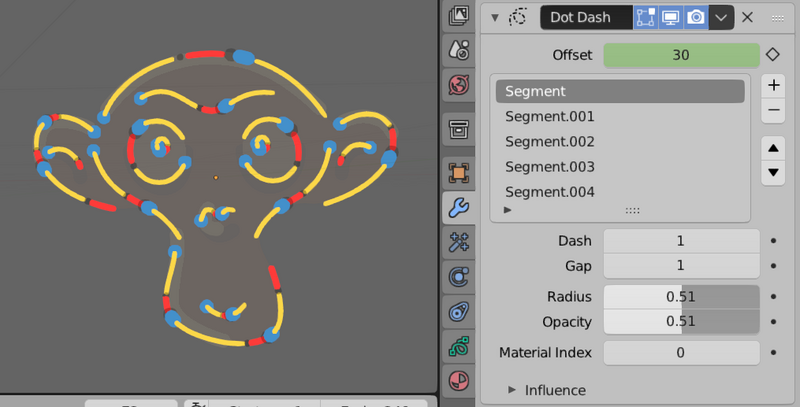 USD import makes its way into this release, following the USD exporter which made it in since Blender 2.82.

Blender 3.0's performance upgrades are not limited to rendering: Reading and Writing compressed .blends has become much faster, at the cost of breaking backwards compatibility for compressed files. Opening a .blend file with thousands of data-blocks from the same library has also been greatly improved. 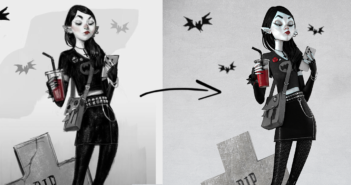 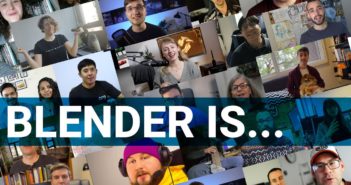 Next Article Blender is...