It's once again the exciting time in Blender's development cycle, where a new splash screen is released and the upcoming version enters Beta, all signaling the last stretch before the official release of the latest and greatest version of Blender.

This means that Blender 3.0 is about to enter Beta stage. ? #b3d #DevFund pic.twitter.com/MItoQgYlCM

The Blender Twitter account has just announced that the splash screen for its much-anticipated 3.0 milestone will quite fittingly be artwork from the upcoming Blender Open Movie, Sprite Fright. The short film, which shared a big chunk of its production period with 3.0's and served as a proving ground for much of its development, is slated for release on the 29th of October. 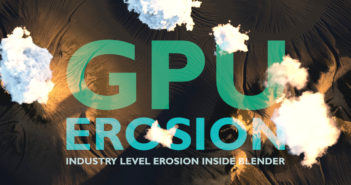