I'm Samuel and I've been dreaming of creating my own animated short film in Blender for a while. A few years ago I decided to turn my dream into reality. I started writing a short story, made a few (horribly looking) sketches and planned all the scenes. Step by step, I went through the whole process of modeling, texturing, rigging, animating, rendering and compositing. I did most of the work in semester breaks (studying computer science).

Now, more than two and a half years later, my film 'Sound Asleep' is finally finished. I went through lots of failed attempts, especially when it comes to character animation. I finally understand why the credits of blockbuster movies are so long, there are so many small tasks that can be perfected :). The breakdown video gives a glimpse of how the movie looks "behind the scenes" in Blender (version 2.49).

If you're keen to create an animated short yourself, I encourage you to do so. Just be patient, rejoice in every small progress and stick to it throughout failures. Always remind yourself of what you want the film to become. Keep in mind how cool it will be to see your finished movie in the end :)

The whole film is rendered in Cycles on a single GeForce GTX 1080 Ti. Each frame took around 10 to 25 minutes (with 330 samples). Since I used 24 frames per second, my graphics card was working on it for more than four months day and night. It was reflected in the power bill :).

Thank you for reading and watching and big thanks to the Blender developers who provide us with the best tool ever!

I'm fascinated by the possibilties of Blender. I really enjoy creating scenes in it, wether it is for images or animated films. 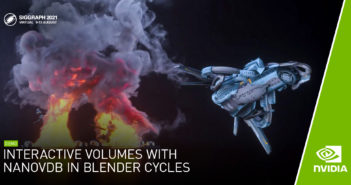 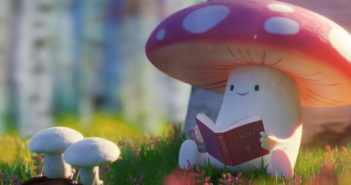 Next Article Behind the Scenes: Enoki Tales from Goro Fujita's Art