Here is the First (and probably last) Episode of Vlogging with Vlad.

For a while now a few of you guys have been telling me to check out the Grease Pencil and 2D Animation. Since my drawing skills are really poor, I was in no rush to use it.

A few weeks ago I thought I would try it out, even with my terrible drawing skills. I wanted to see if someone like me (again sucks at drawing but also had no previous experience creating 2D Animations) could create something that remotely resembles an animation.

The idea I had was, a Podcast called Vlogging with Vlad. I wanted to see if I could create a quick episode with Vlad interviewing a guest, Captain "not so" Amazing.

After Learning the Basics of the Grease Pencil (which was surprisingly quick), I started with Character Design. I knew I wanted my host to be a Friendly, Crazy Haired, Vampire named Vlad but as to how he looked? I had no Idea.

Once the Character was designed, I then created a rig, added a couple of Inverse Kinematic Constraints and some mouth shapes for the Lip Syncing. Vlad now had the power of mobility (though he mainly just sways in his chair).

I recorded the process of Character Creation and just need to edit the videos then upload. So if you are interested in seeing how I created Vlad be sure to look out for them.

So it turns out it's easier than I thought to create a 2D Animation with Blender's Grease Pencil. It's actually quite fun too. Obviously my animation needs improvement but for someone who has zero animation skills I think it turned out okay (kinda).

If you have any kind of drawing talent you will have a much better time at it than I did. As with everything in blender, the Grease Pencil is such an awesome tool and I will certainly be using it more in the future.

I hope you enjoy this video and oh yeah, Apologies for the terrible accents!.. 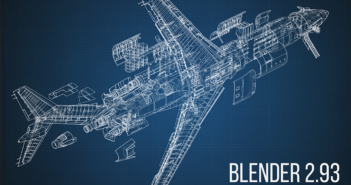 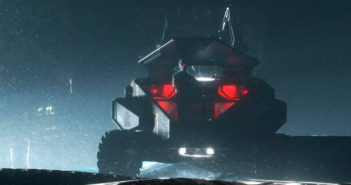