When an unwanted house fly overstays his welcome in Freddy's apartment, a battle of wits ensues resulting with an unexpected conclusion.

My name is Jonathan Munoz and I make tiny movies in the city of Los Angeles.

A short while back, I had the honor and privilege to write and direct a micro budget short film simply for the purpose of getting quality work out into the world.

A few friends of mine came along for the journey as producers and ended up pulling favors to get us some truly talented actors to work with.

DJ Qualls (Hustle and Flow, The New Guy) was gracious enough to come on board as our main character 'Freddy' while the hilarious Nick Swardson (Grandma's Boy, Grown Ups 2) agreed to voice the truly menacing 'Fly'.

I tasked myself not only with writing and directing this project but also composing and compositing all of it's visual effects.

Thankfully, I have been an avid Blender user for a little over 10 years. The ability to model, texture, light, perfect and render entire shots without leaving the program was a big part of why I decided to utilize it as my primary weapon of choice in completing this piece. Even after all this time and work, I'm still learning new things about the program everyday from you all!

This seemingly tiny project called for an insect made larger than life, a miniaturized weapon of mass destruction, an irresistible looking birthday cake with pink lavender icing and of course a visually striking end credit sequence. All created digitally using this versatile program.

I'm a huge fan not only of this great tool but also the community that has emerged online from using it. That's why I wanted to share this great experience with you all here. Having the opportunity to create something short and fun like this is special but having a community of other artists to share it with means a great deal!

Hope you all enjoy the film as much as I enjoyed bringing it to life.

I've only recently made this public on my YouTube channel after a long festival run. So all the shares and tags you can offer just to widen its audience would be greatly appreciated!

Thanks so much to you all!! 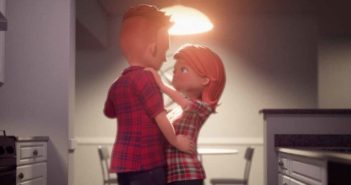 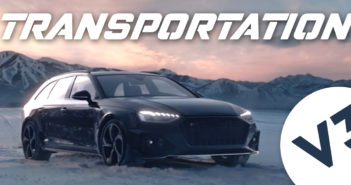 Next Article Transportation V3 is available [$]