Watch Writer/Director and Blender Animation Studio alumnus Colin Levy give over an hour's worth of cinematography feedback on Sprite Fright now on the Blender Cloud!

In these videos, Colin reveals a treasure trove of animated cinematographic insight, some of which he has accrued over the years with his work in Pixar on movies such as Finding Dory and Inside Out. A 4 minute preview is available on the Blender Cloud Blog post by Christian Bunyan, and the entirety of the feedback videos all available in all their unedited glory with a Blender Cloud subscription.

Colin, which is the director of Sintel and Co-director of Agent 327 , is now developing his own sci-fi show, Skywatch, with executive producer Seth MacFarlane for NBC. 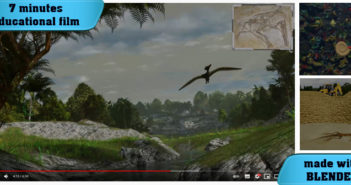 Next Article Classroom video: Visit in the Jurassic period