This I think may be my final contribution to the story of the Swiss navy, at least for a while , as it seems I may be finally getting back to work. In this short movie, Manfred Von Richthofen, whilst on leave from the Swiss Fleet air arm, takes part in a speed trial, using his personal speedboat.
The boat was a challenge, most particularly the wake. This was created by using 3 particle systems, one for the bow wave, and one for each of the paddle wheels. The particle system is set to object, and consists of a bunch of white dots spattered onto a plane set to alpha hashed in the materials tab. In solid view it looks like this. (I assure you there is a boat in there somewhere). The water was done using the dynamic paint function, both for the displacement, but also for the foam, in which I used a wetmap as an animated stencil. The foam itself was created using an animated noise texture, set to both colour and also height, using a bump node. It took a fair bit of experimentation, but I am pretty happy with the result. The ships came from the reconnaissance to reichenbach competition entry from 2015, but the have had a bit of a makeover for eevee and may feature in a future movie. This was built in blender 2.82, but rendered in 2.9 alpha, with the new object based motion blur (yipeee!!!).

The program did crash a few times, but the results are great. In fact the sequence where the boat does a slalom under the Schloss Unterhofen bridge was originally much too fast, so I slowed it down to 12fps, originally I was going to rerender it, but the motion Blur carried it off so well, giving it a great dynamic grainy quality, that I decided to leave it as it was.

Finally a few words about the music, This is the second half of the title track of “The Mad Monk and The Mountain”, an album that I I realise much to my horror, I recorder 10 years ago, and on reflection made me think I should go back to playing the guitar a bit more. 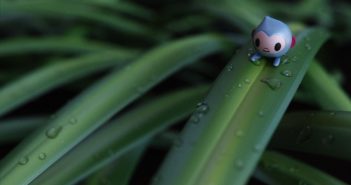 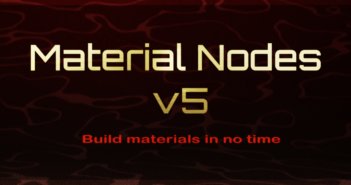