Hi everyone! My name is Sergey Panayev, I'm living in Ashgabat, Turkmenistan, and I'm a 3D artist. I’ve been a Blender user for about 5 years.

I also, as most people did, began learning Blender from YouTube tutorials. Sometimes I tried to make my own concepts. Recently, I also often use Substance Painter to texture my models.

I had started to work with a planet concept, for which I would create a rover. I chose Saturn's moon, Titan. After reviewing the information regarding this moon (its atmosphere, surface, etc.) and considering its features, I tried to create a believable vehicle. My idea was to create an exploration rover, which could explore the atmosphere and surface of this moon.

For this work I used:

I was looking for many reference images and tried to find the most suitable ones. 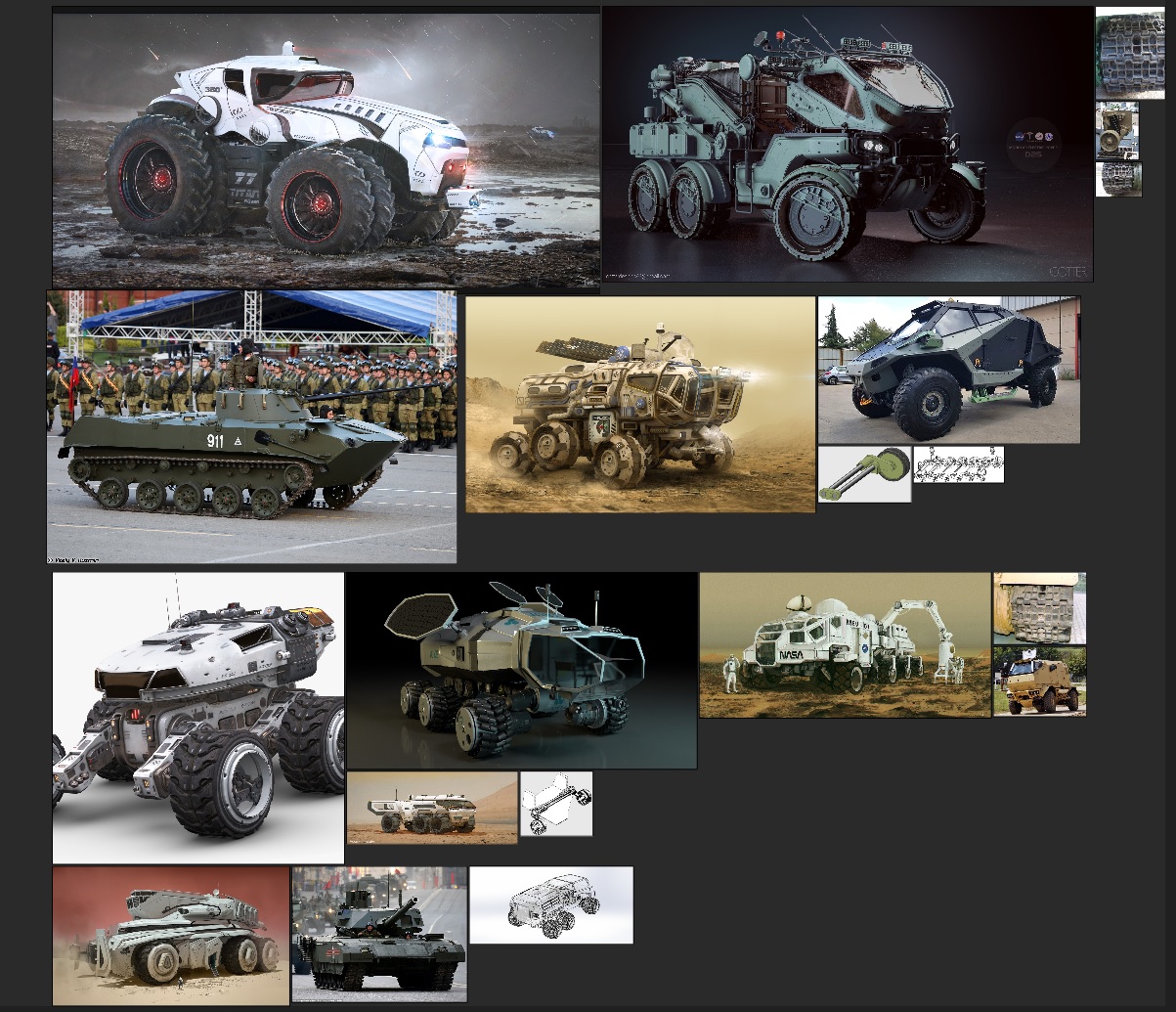 I started to create primary shapes and then I divided them into 4 parts. 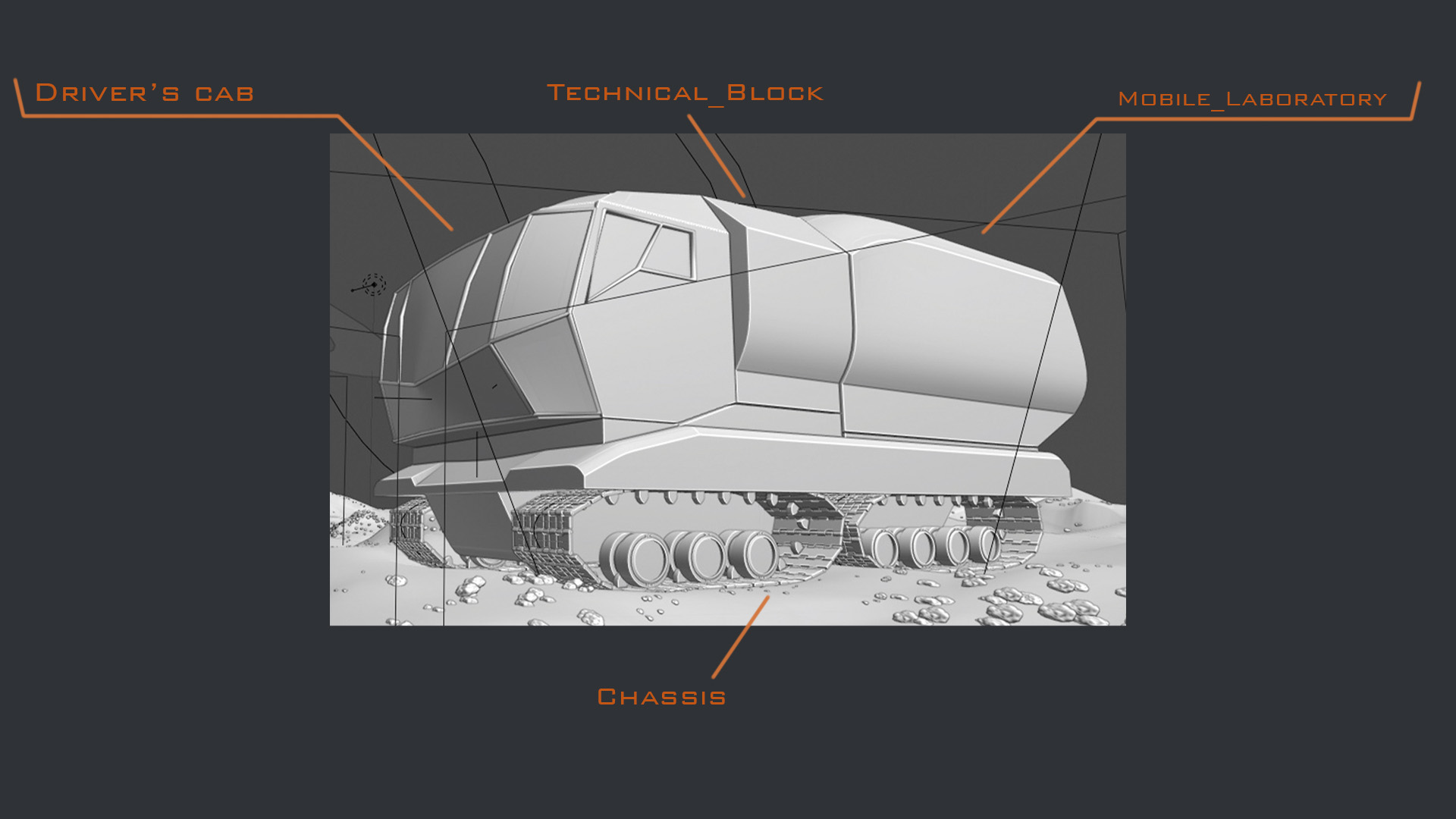 I determined that a chassis that was on tracks with a torsion suspension would be most suitable and effective for this vehicle. 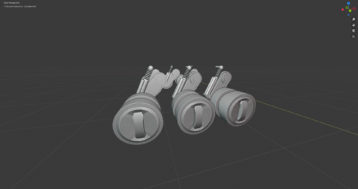 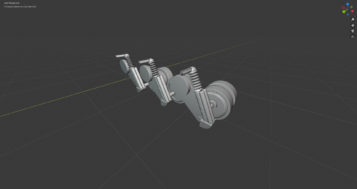 Then I moved on to create secondary shapes. I tried to correctly distribute details so that they fit the model. I also began to add some asymmetrical objects such as terrain and atmosphere scanners. 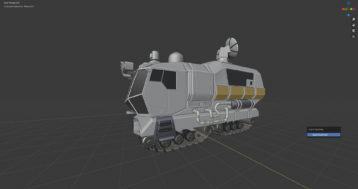 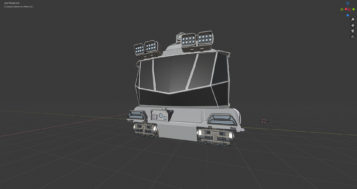 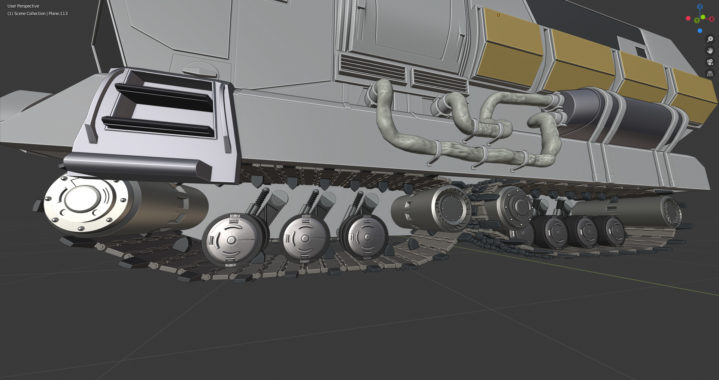 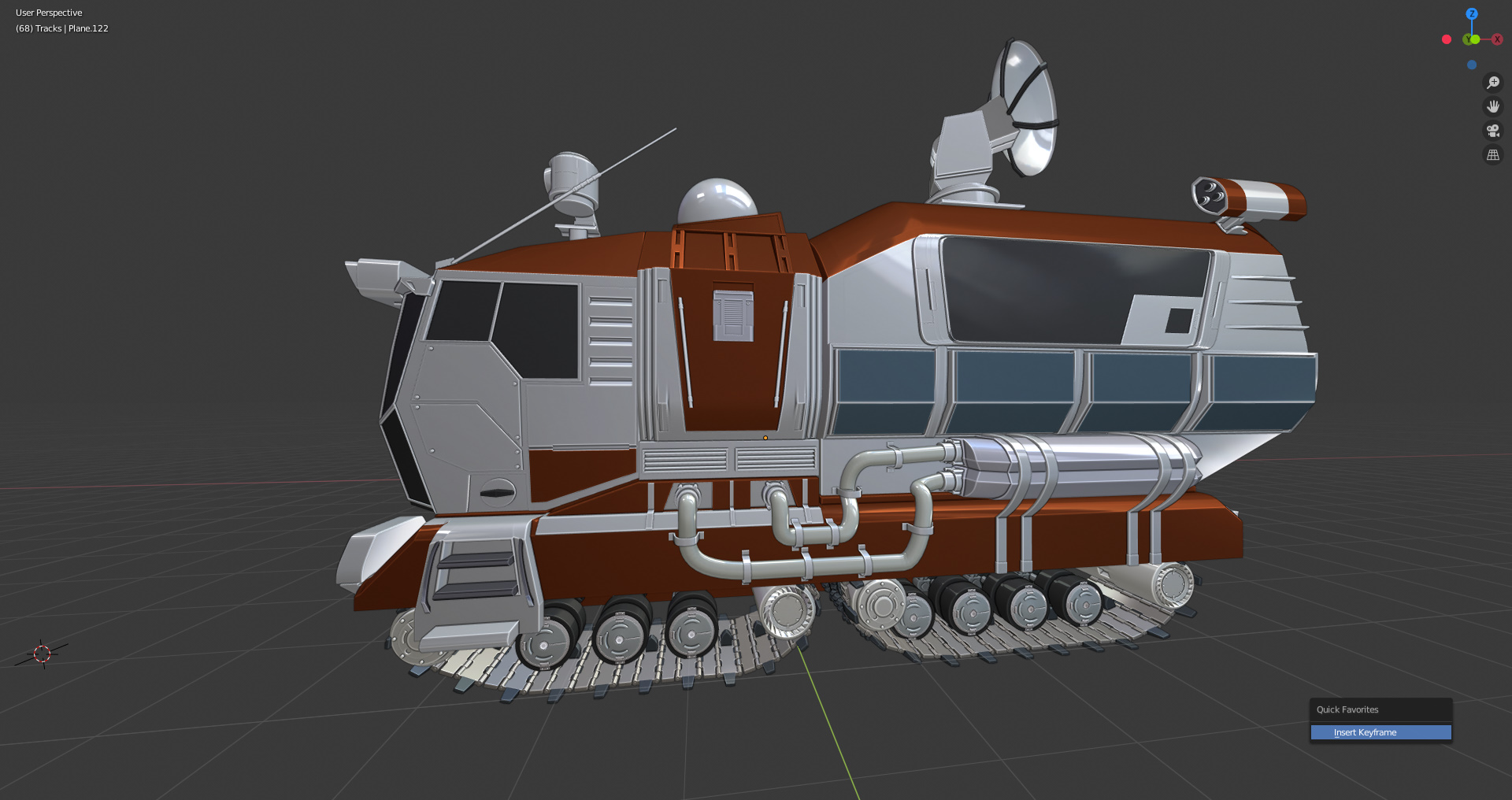 After I had finished modeling, I started to prepare the model for texturing, which was the biggest puzzle. :) The model has many details.

I had to divide the model into separate meshes and after that I unwrapped it. 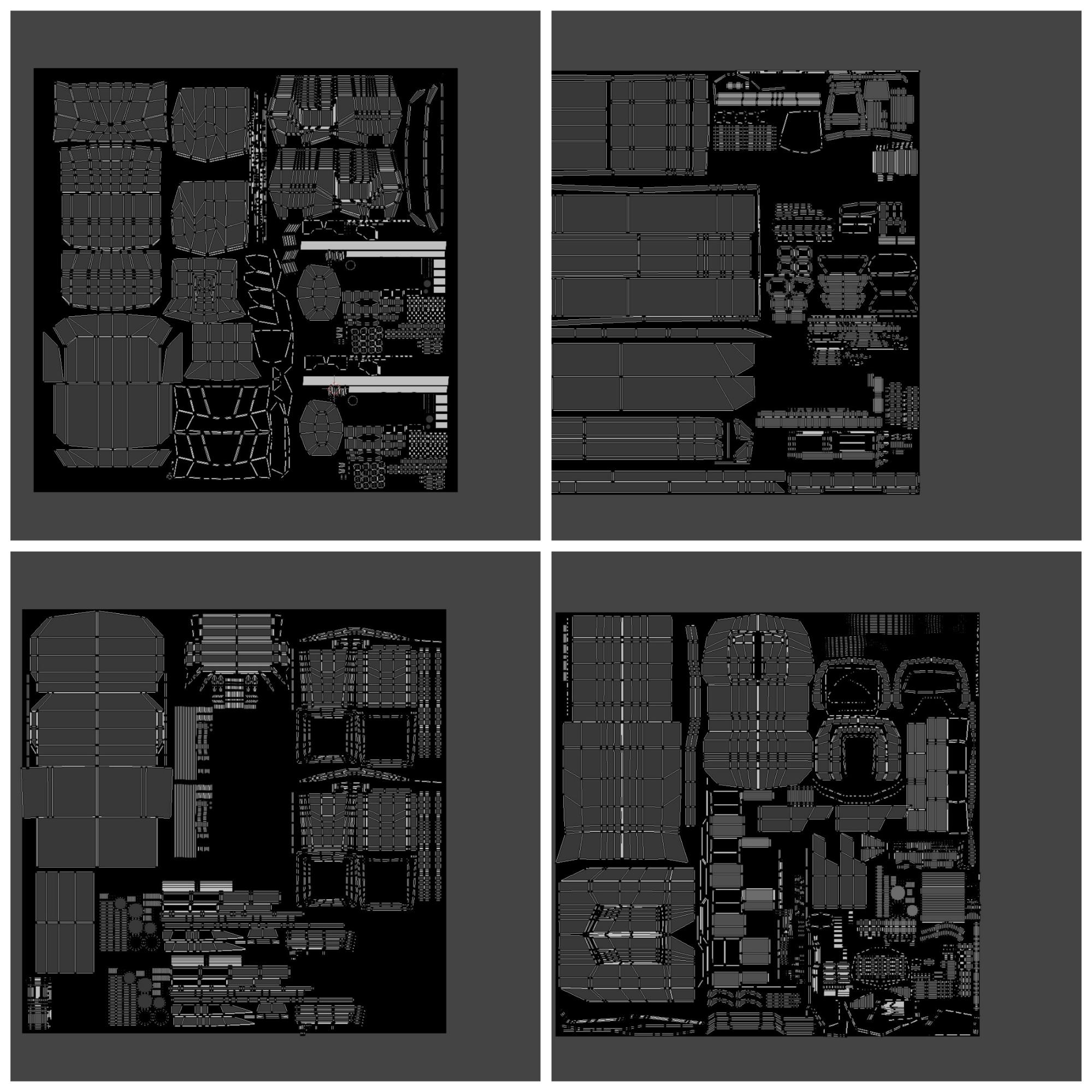 I wanted to make it as correct as possible to avoid creating any artifacts or distortion. 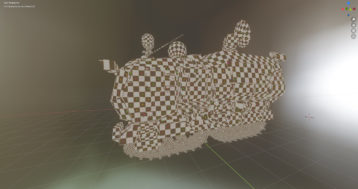 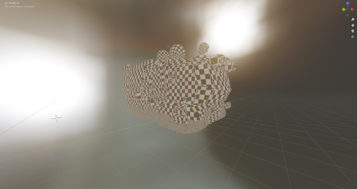 The model was textured in Substance Painter. I also used Photoshop for creating some signs and decals. My mission was to create realistic-looking lightweight, composite materials. 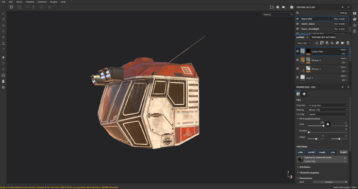 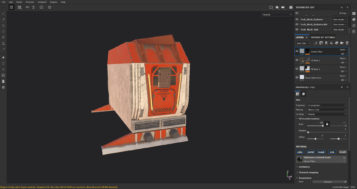 Below is my raw render; I thought it looked too soft.

I used the native Blender compositor to add some sharpness and a glare effect.

And finally, below is my final image with post-processing done in Photoshop. I used it for color correction and to add some rain and a cryovolcano effect. 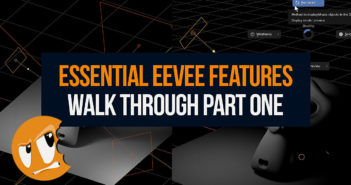 Previous ArticleReal-Time Rendering in Blender with Eevee: The Essential Features (Part One) 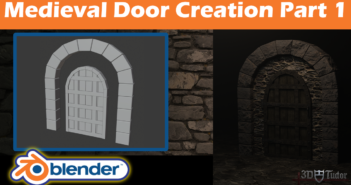