Initially, I am a filmmaker and cinematographer. A year ago, I started getting into 3D because I saw in it an open door for new artistic possibilities. To be honest, in the beginning, I underestimated Blender a bit, but now a year into it, I still can’t believe what this open-source software allows you to create. My 3D knowledge consists basically of binge-watching YouTube tutorials, along with a lot of experimentation and discovery through trial and error.

Due to the current situation, I found myself locked at home with a creative tool in my hand and I started messing around in Blender as I always do, without any precise goal in my mind. In the beginning, I was aiming at an abstract still life, as a continuation of this series. 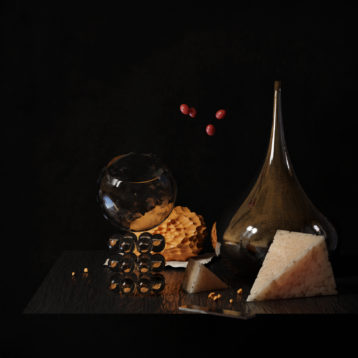 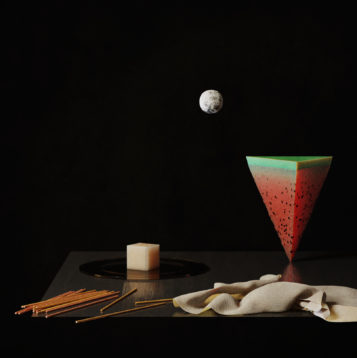 So I started experimenting with the elements that would be in the scene, and everything I tried seemed shallow, like in this test, for example. 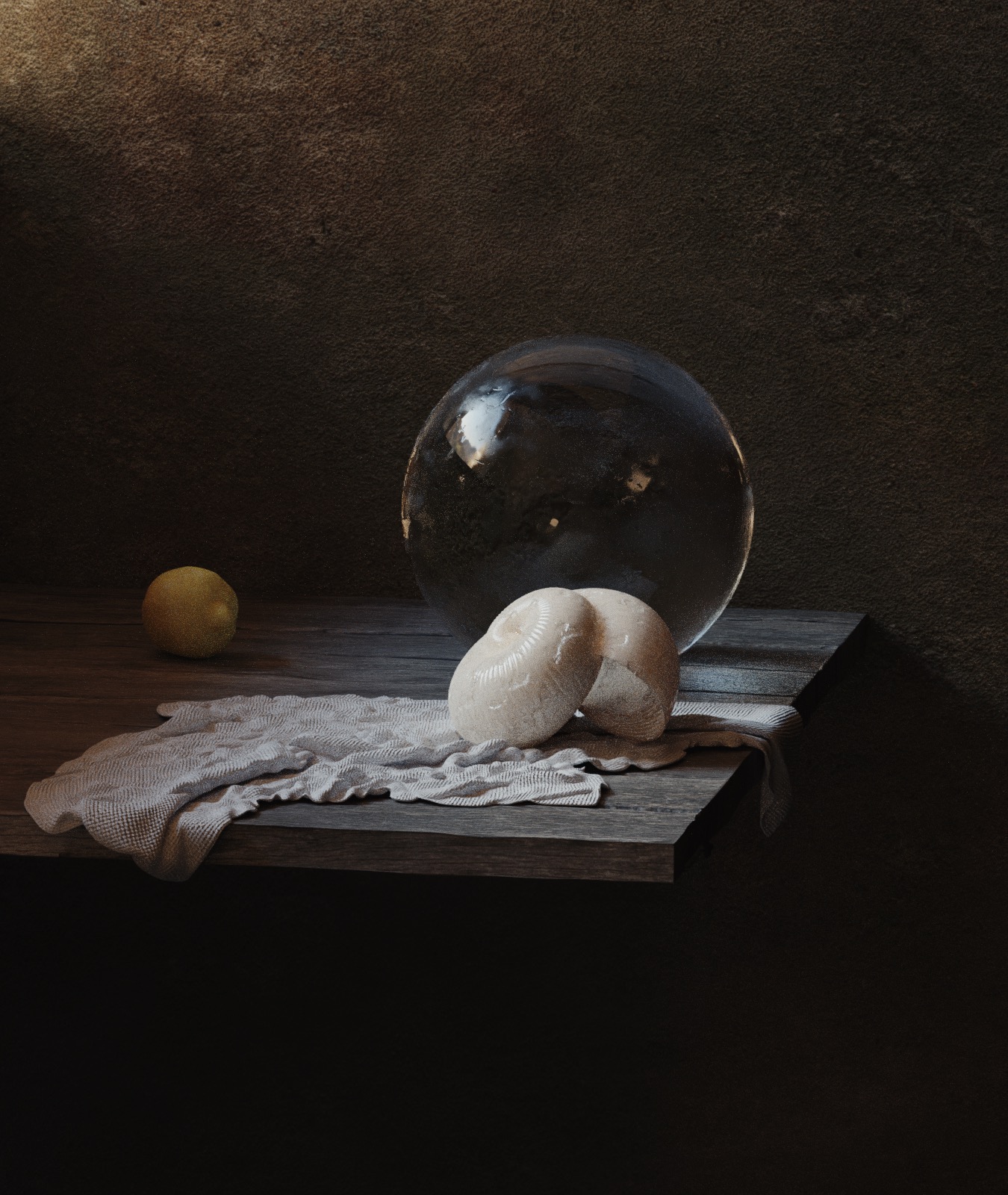 Then I thought why not record a scene from our current situation in the aesthetic of a classical still life, and this is how the idea came to be.

My main inspiration was the still life paintings made by Dutch masters in the 17th century. 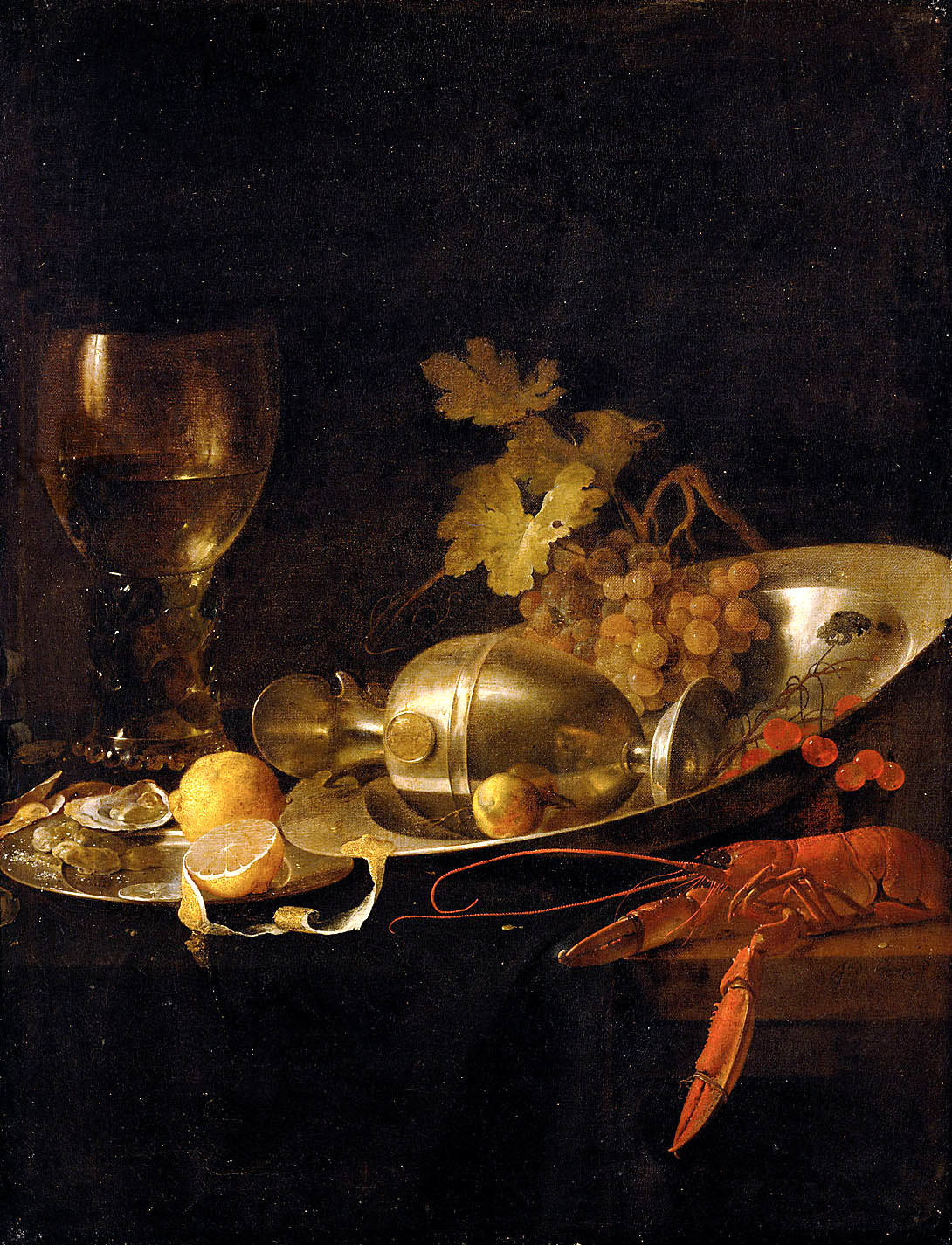 I tried to emulate their composition, lighting, color palette, and choice of elements. Even though I’m really bad at modeling and I tend to use modifiers and procedures to create abstract shapes, I decided to challenge myself and manually model (or simulate) all the assets. The gloves and masks were done using a cloth simulation, while the other elements were modeled.

Finally, modeling was not the most time-consuming part, but rather the object positioning. I wasn’t following any composition rules, but rather kept moving things around until the scene felt right.

For the lighting, I used an HDRi, with a small area light for the back wall, and 5 black planes to block and control the light. 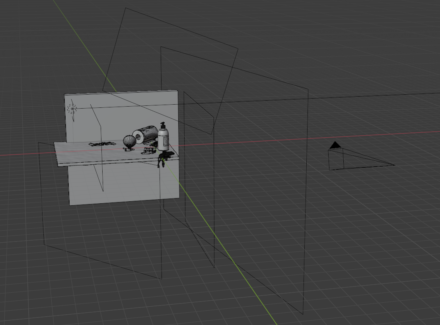 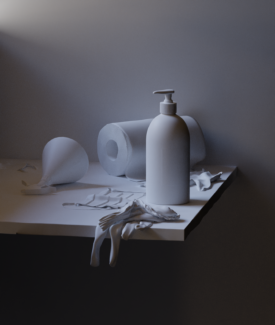 As for the materials, I used one external PBR texture for the table, while the rest of the materials are all procedural. One material I have been asked about repeatedly was the one for the paper towel, which has a fairly basic node setup.

In addition to the overall setup and lighting, the denoiser contributes a great deal in selling the “painting” look of the render. I intentionally left a bit of noise in the image, while the small artifacts of the denoiser create the illusion of brushstrokes. Finally, the post-production consisted of a very basic contrast adjustment and color grading. 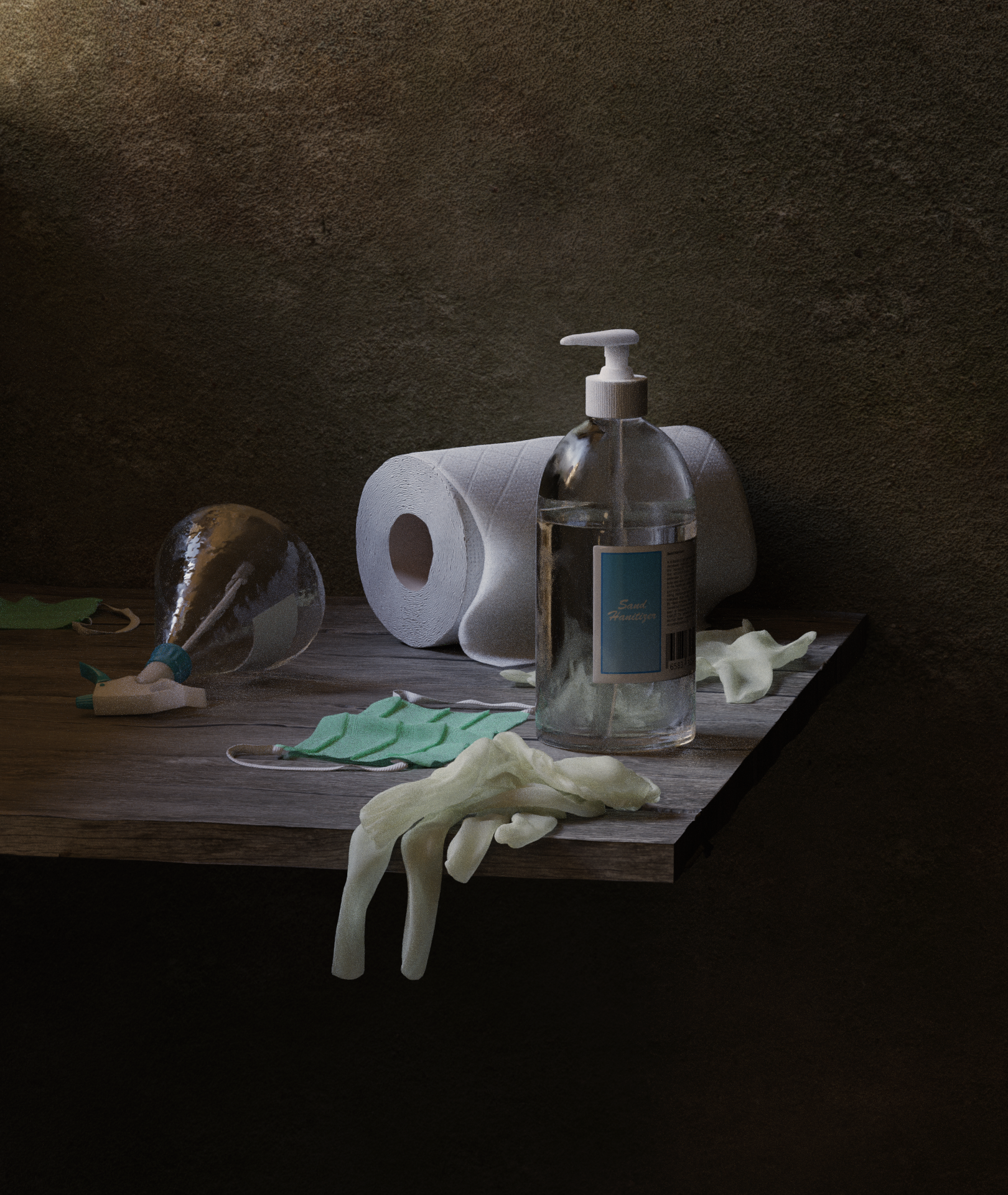 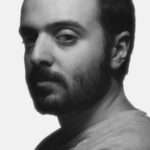 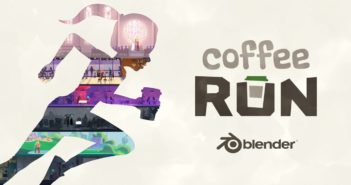 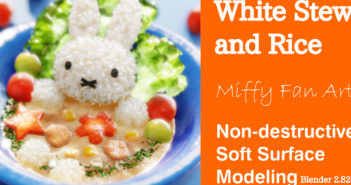