Hey guys, I’m Marcos Torres, a Brazilian illustrator and art director living in Porto Alegre. I started using Blender 2 years ago, influenced by my buddy Lucas Falcão who is an awesome 3D character artist. For years I’ve been planning to do a cinematic series, so as I’m finally getting used to including Blender in my work pipeline, I thought this was the perfect time. I wanted to tell a more personal history so why not something using my hometown and my country perspective? The story of the little boy Pedro is not so different from the reality of many Brazilians, living in the slums, working for criminal factions, and committing small thefts to make a living. I used this as a backstory for a dystopian future after a third world war. Today I’m going to give you the insight on the first image of the series. If you wish to see the whole series, you can find it in the links below.

The main idea for this piece was to portray poverty but also hope, so making huge piles of trash was the first challenge. To create the trash texture, I used a free software called Materialize, which helps a lot to create a PBR texture quickly and using only a photo. Also, its interface is way more friendly than other texture softwares. 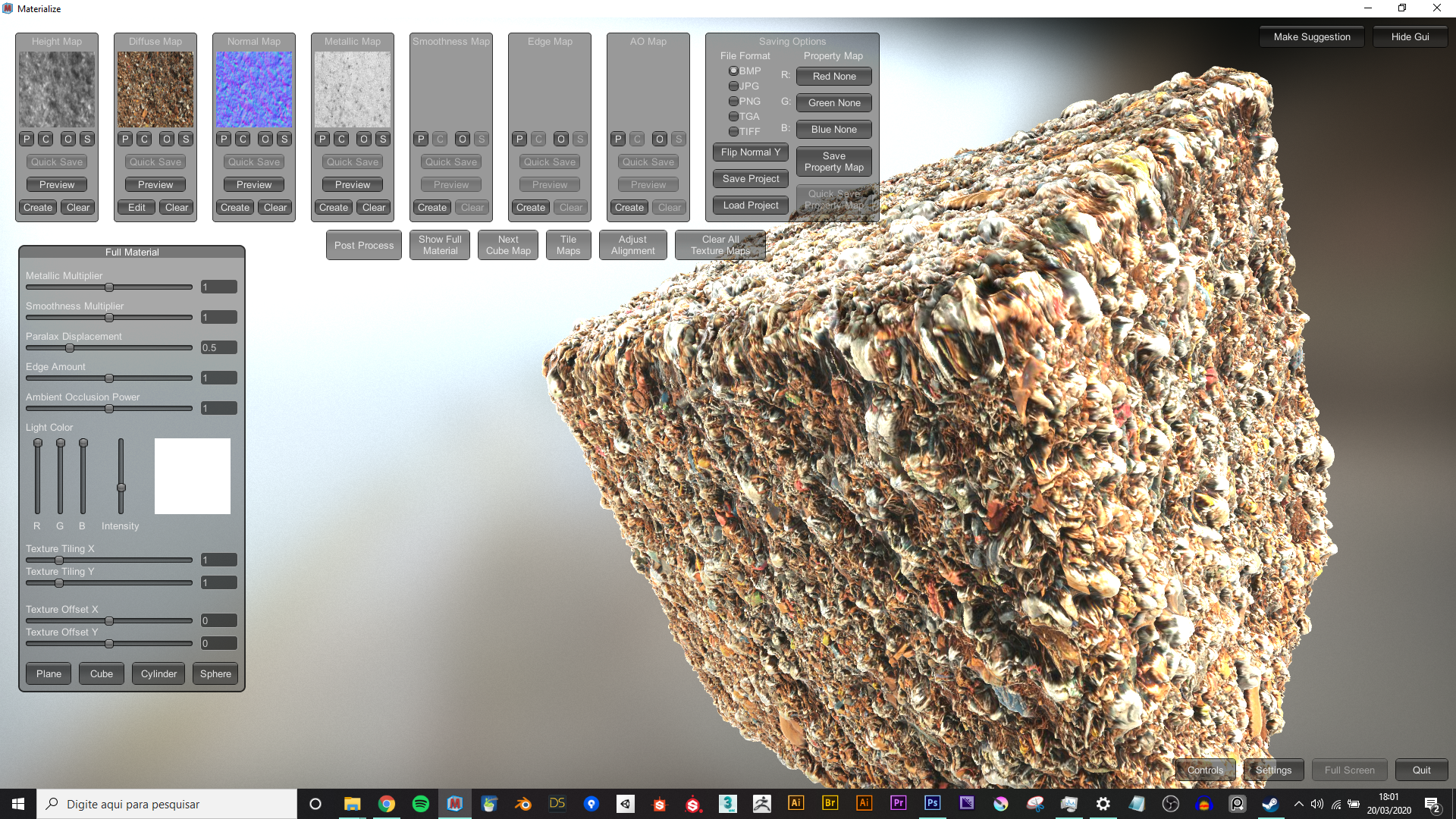 Since I’m more into concepting than modeling, I decided to use a default Daz 3D’s model to create Pedro. Then I adjusted his skin texture to have a darker tone in Photoshop. The cloth was all made in Blender using cloth simulation on vertex groups subdivided from his body. The AK-47 is a free model from Turbosquid that I just changed to have a more subtle material. 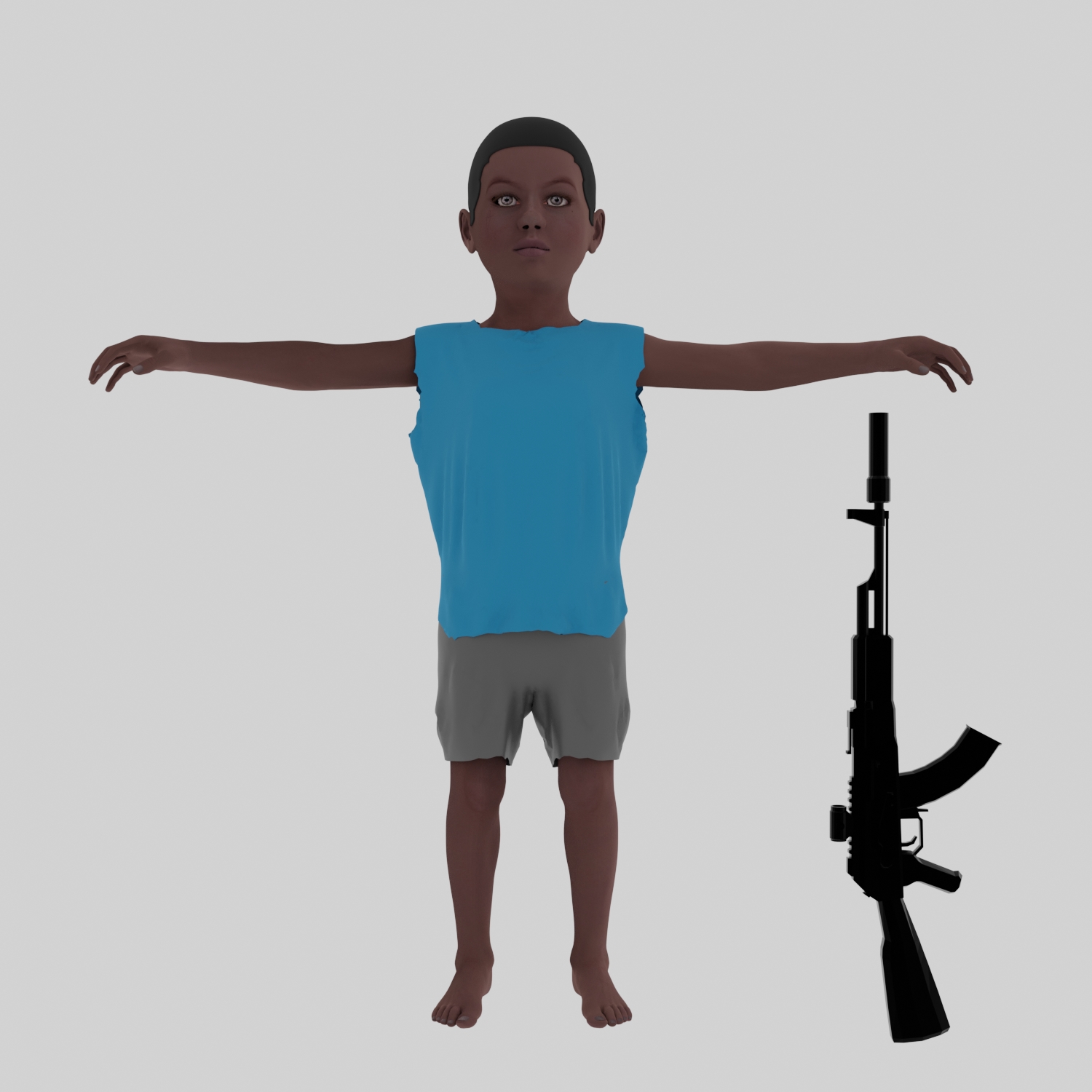 Now for the robot, or should I call it the 4EVE4 unit. I made a few concepts as I wanted to get something really different in his shapes. For modeling some parts of the scene, I decided to use some Kitbashed pieces and a few of my earlier hardsurface works made using Hard Ops and Boxcutter plugins. The kitbash pieces are from Oleg Ushenok’s kit. Also, in order to add more realism to the scene, I decided to add a few stickers using Ian Hubert’s method. Some of my favorite bands are on the stickers. 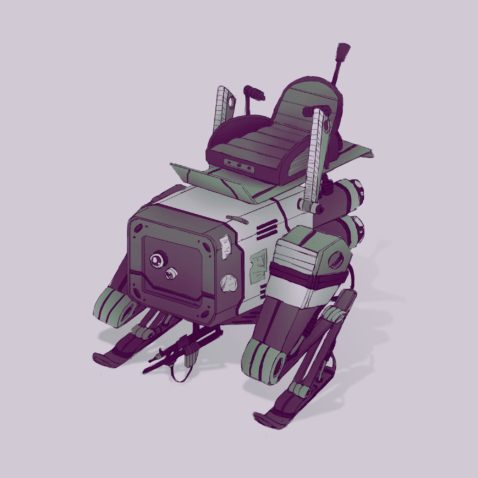 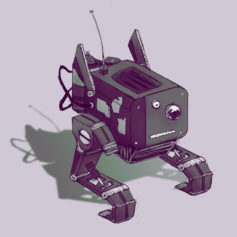 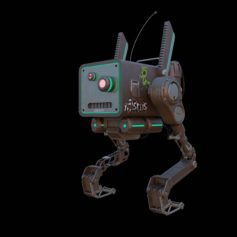 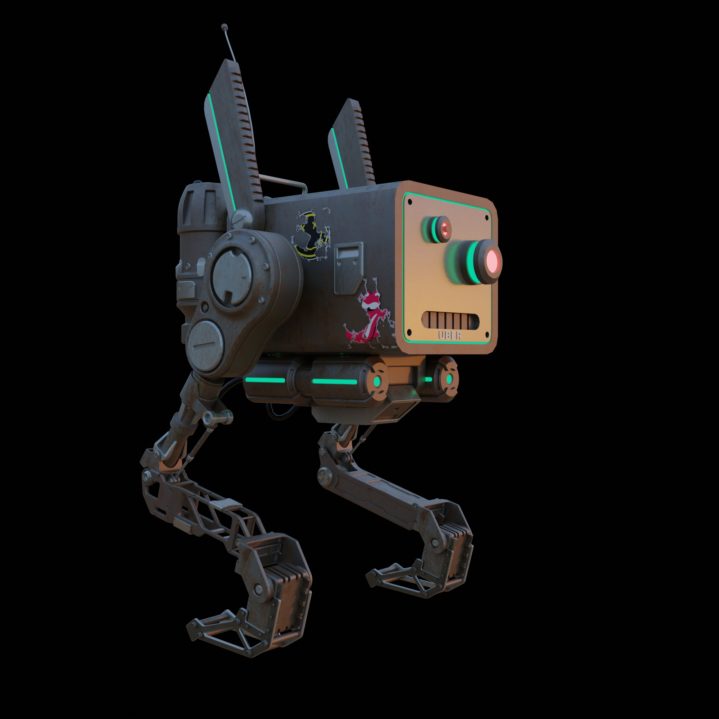 Okay so then it was time to wrap it all together into a scene. My main idea was to show the scale of the pollution using a wide-angle 35mm lens. Now, this step is really important for me as an illustrator: the thumbnail. As I had at least a first EEVEE render, I could use Photoshop to review everything in a 2D perspective. At this stage, I added more details and ideas for props that I thought would be interesting. 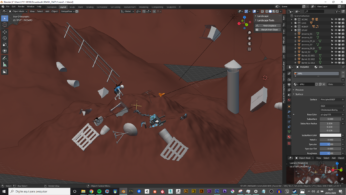 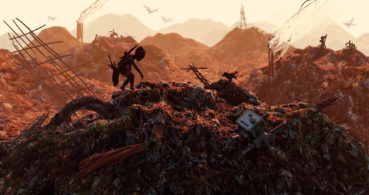 Luckily, the guys from Kitbash 3D were giving away an apocalyptic kit by the time I was making this piece, so I got some props from there and they helped a lot, here’s the Blender Cycles render: 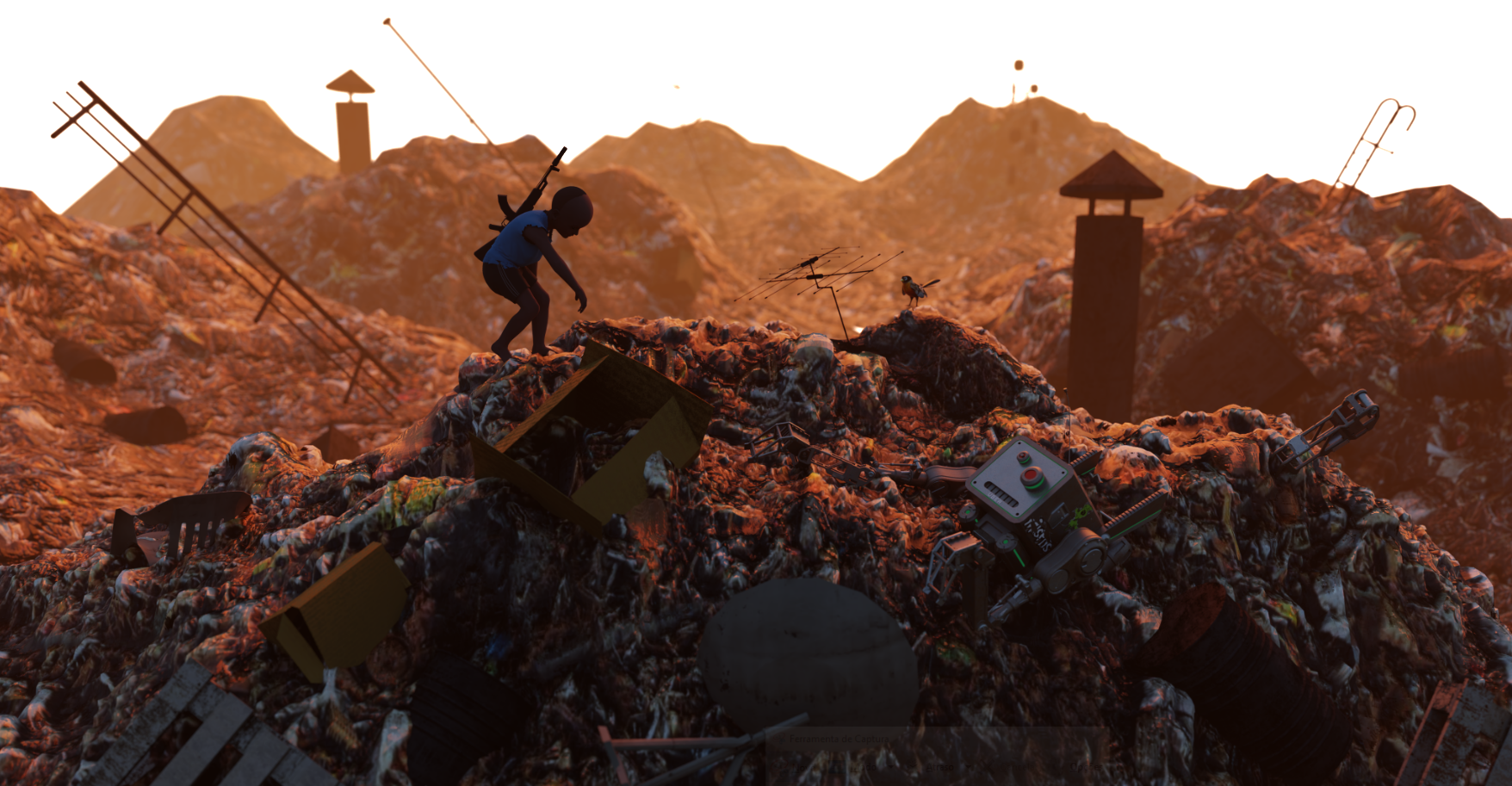 This already looked promising to me, but as we know it really needed a lot of retouching and post-production to make it less cluttered and detailed. Two of the most important things to render as passes in this case were the mist pass and the cryptomatte. 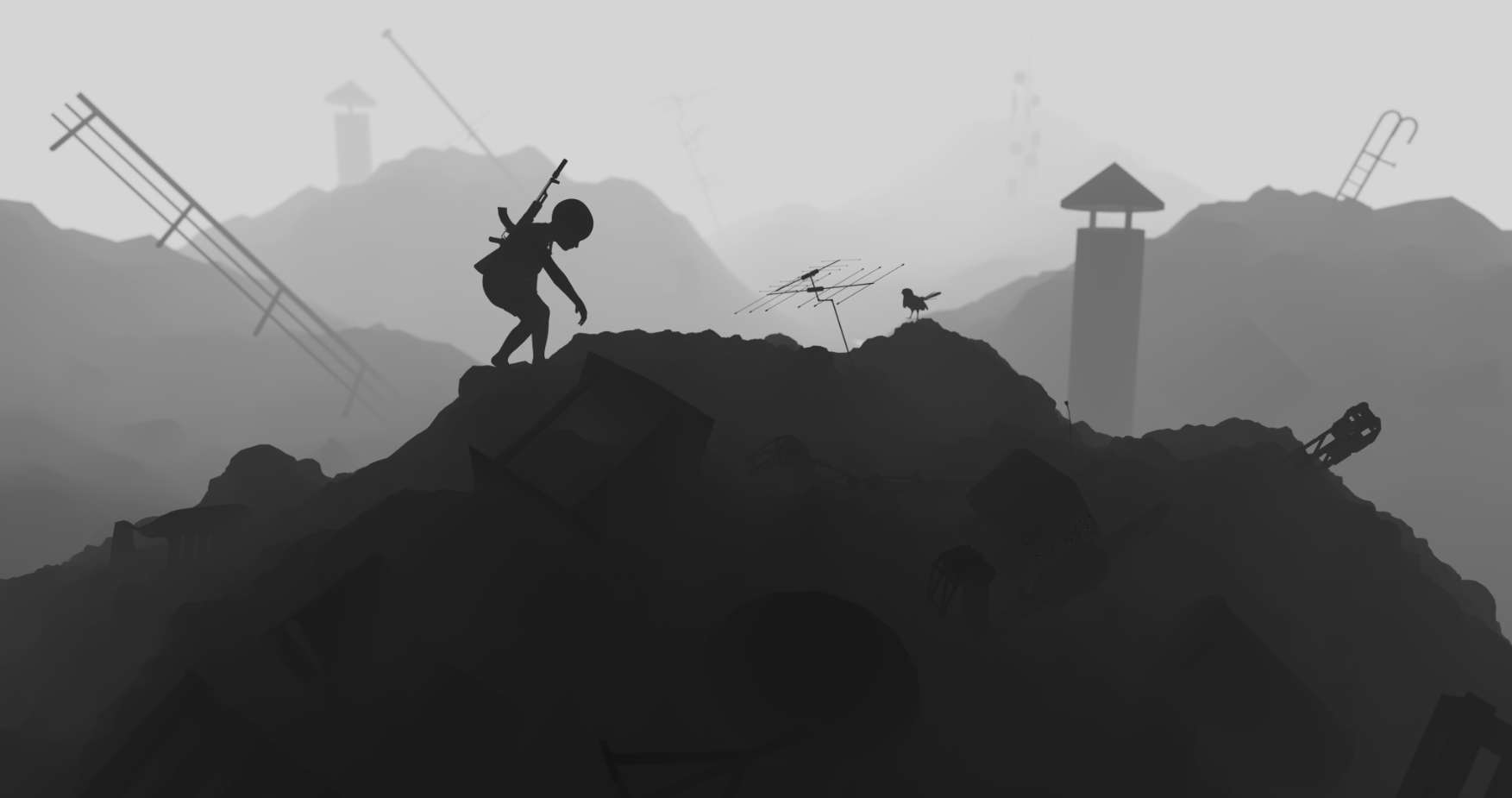 Mist can help a lot when trying to add scale and depth; it’s also a good way to check your primary shapes on the image. Cryptomatte is one of the best additions to Blender—it makes all the post-production way easier when trying to select elements. 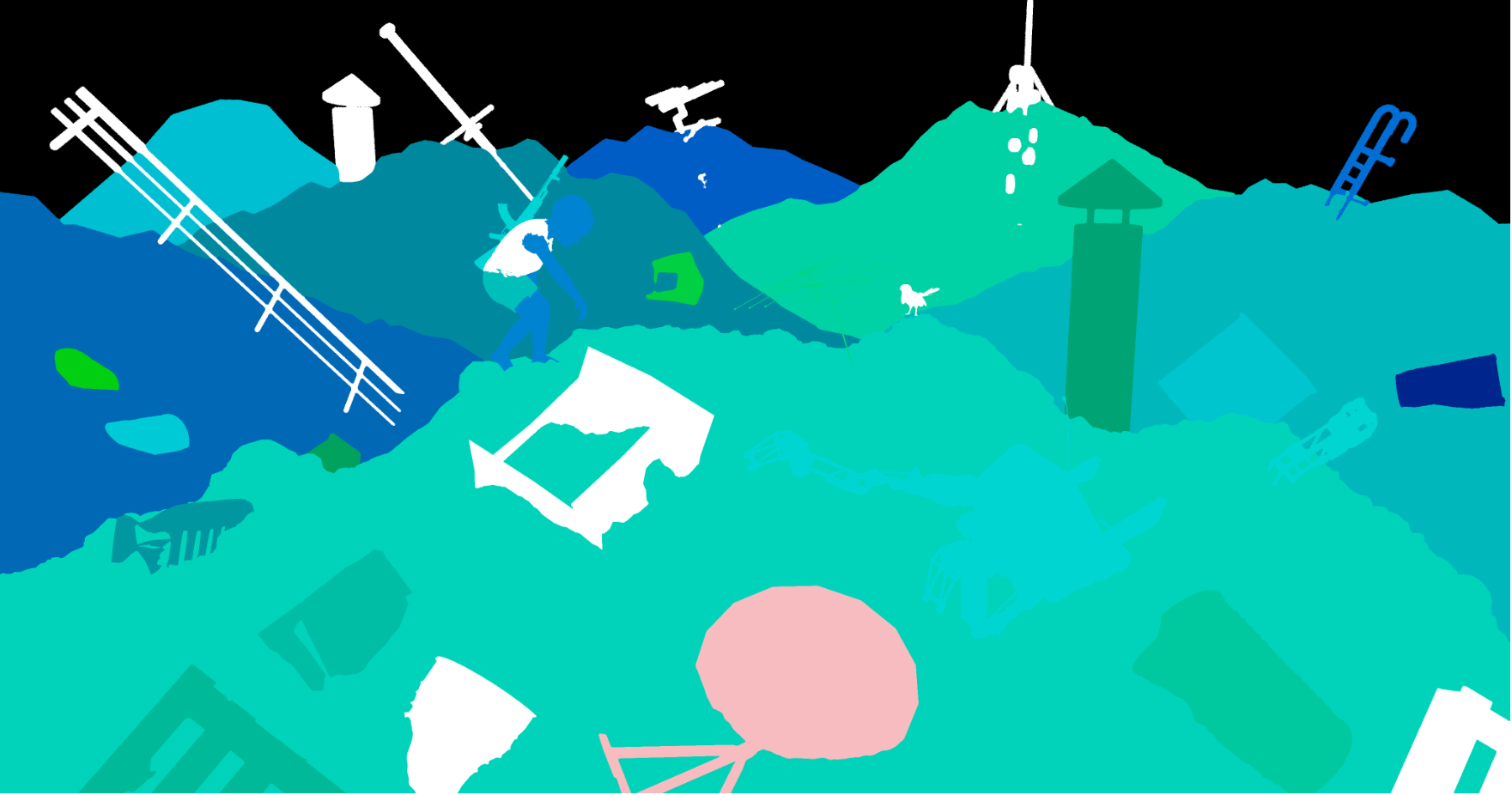 From here I had all the necessary passes to make a first version by adjusting only the passes: 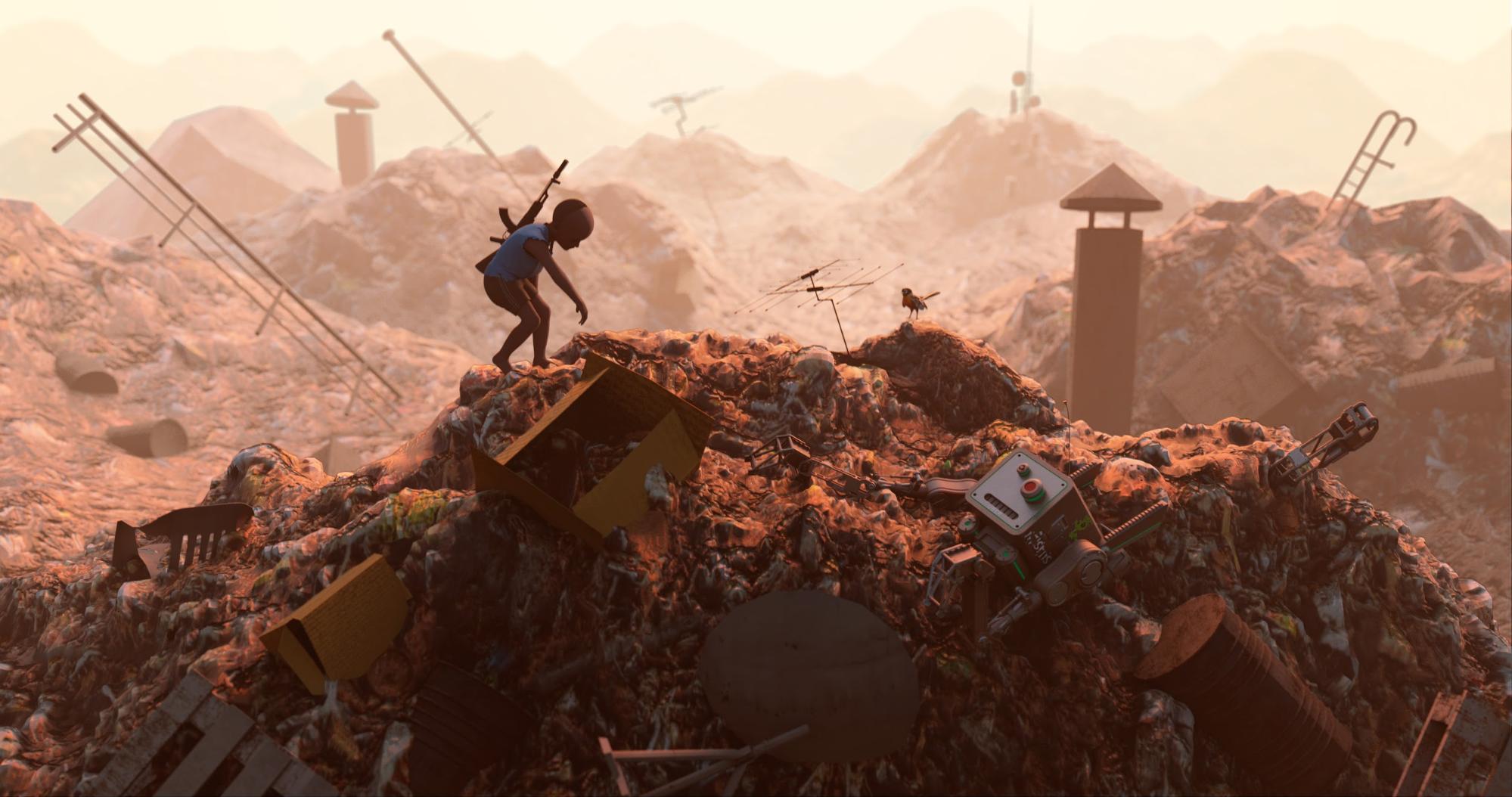 And now I needed some photobashing and painting magic as a way to hide and enhance what remained. From my previous illustration and art direction background, this was actually the hardest part for me. This was where I really tried to solve some problems of the 3D here, a method that I am trying to change for future pieces. 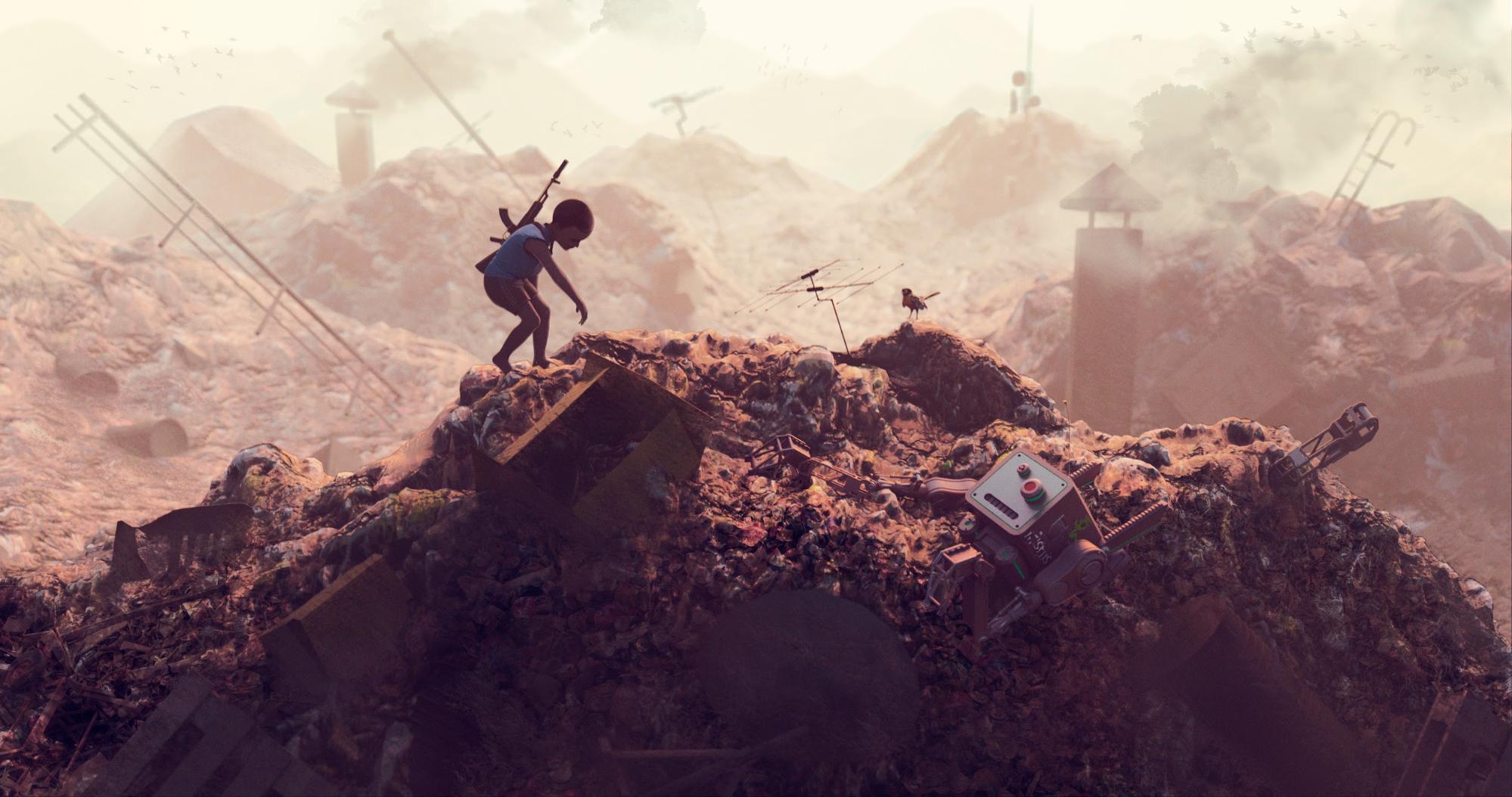 Thanks for your time, I hope this process demonstrated that you can make really striking realistic images without having to know a lot of 3D. There’s a total of 8 pieces in this series, so I learned a lot about Blender during this. It’s such an amazing tool. 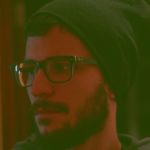 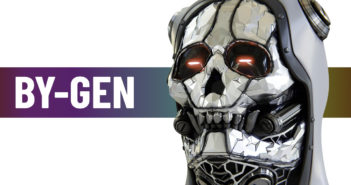 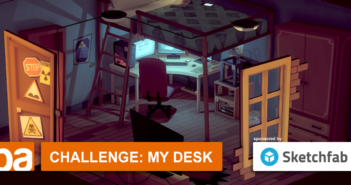