When Colin Levy started work Skywatch, he was working at Pixar, and drones were still a novelty. Seven years later, he's an independent director, responsible for one of Blender Animation Studio's most popular open movies, and the idea of a lethal secret drone network seems much less like a fantasy.

But more to the point of today's story, you can now see Skywatch – a polished 10-minute sci-fi 'proof of concept' short, with VFX created largely in Blender – in full on YouTube.

The visual effects for Skywatch, Colin Levy's slick sci-fi short, were created primarily in Blender, with the help of Blender community members and over $50,000 in Kickstarter funding.

A short where Jude Law and Blend Swap share the credits

Shot in Los Angeles and San Francisco, Skywatch tells the story of two tech-savvy teenagers (13 Reasons Why's Uriah Shelton and Steven Universe's Zach Callison), who hack into what seems to be a simple Amazon-style home-delivery drone system, only to find themselves entangled in a lethal conspiracy.

As you might expect from a director whose credits include two open movies – the Webby Award-winning Agent 327: Operation Barbershop and Sintel – the effects for Skywatch, including the CG environments and the drones themselves, were created primarily in Blender, before being composited in Nuke.

Around 50 people contributed to the post work, including some well-known members of the Blender community: the 3D team was led by Blender generalist Paweł Somogyi, and if you freeze-frame the credits, you can spot familiar names like Hjalti Hjálmarsson, Andrew Price and Nathan Vedgahl sharing screen space with Jude Law, along with a list of the Blend Swap models used.

Speaking to VFX industry news site befores & afters, Colin described the community as "phenomenal" and Blender as "definitely the tool for the job". "There’s not that much that [it]can’t do," he said. "There wasn’t anything that we were scratching our heads about, like, ‘Can Blender handle this?’" 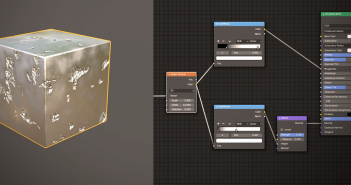 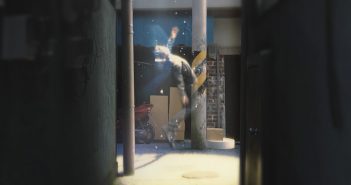 Next Article Behind the Scenes: Rapture