AMD has released Radeon ProRender 2.1 for Blender, the latest version of its free, physically based GPU renderer. As well as making Radeon ProRender compatible with Blender 2.81, the release puts one of the software's most eye-catching features – its Vulkan-powered hybrid rasterisation/ray tracing 'full spectrum rendering' mode – into the hands of both Linux and Windows users.

Full spectrum rendering: a midpoint between Eevee and Cycles?

Radeon ProRender is a free, physically based GPU render engine. It's hardware-agnostic, supporting both OpenCL and Apple's Metal graphics API, and runs on Windows, Linux and macOS. It's integrated into Cinema 4D and Modo, and is available as a plugin for 3ds Max, Maya and, of course, Blender itself.

One major feature of version 2.1 of the renderer, which came out earlier this week, is support for Blender 2.81. However, it also puts one of the software's most-talked-about features – its new hybrid rendering mode – into the hands of Linux users.

Released in beta in September, the new rendering backend – which is based on the Vulkan API – lets artists use a mixture of rasterization and ray tracing for viewport renders and interactive previews.

The base render is rasterized, onto which Radeon ProRender can add ray traced effects including reflection, refraction and ambient occlusion, achieved using “compute shaders and smart denoising”.

By adjusting the quality settings, you can change the balance between rasterisation and ray tracing, trading interactive performance against the visual quality of the output.

AMD describes the new rendering mode as filling a “wide gap” between OpenGL viewports like Eevee and full path tracers like Cycles. According to the firm’s original blog post, “users can get a more interactive experience like Eevee with more physically correct soft shadows, reflections and refractions”.

In the initial release, full spectrum rendering was only available on Windows 10, but with version 2.1, Linux users can test the new rendering mode, too. 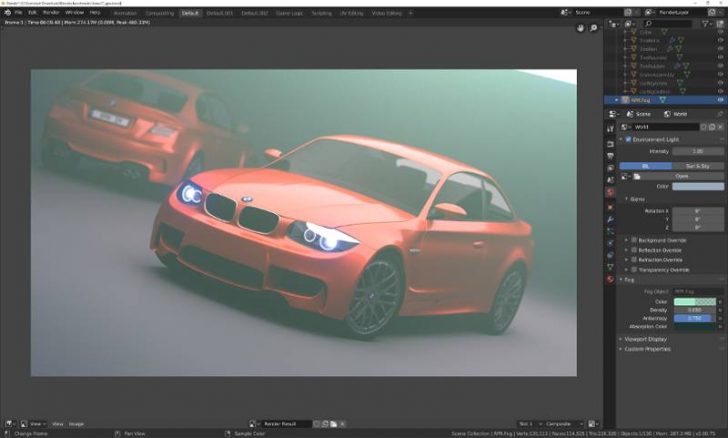 Other changes: new layered materials and an easy fog effect

Other new features in Radeon ProRender 2.1 for Blender include new nodes in the shader graph for creating layered materials. Layered Textures blends up to eight textures in a single node, while the Layered Shader blends "multiple Uber or Principled nodes to create complex materials with masks".

In addition, the update adds a new button to the World Panel to add environment fog to renders – Radeon ProRender can also now render meshes using Blender’s Principled Volume shader – plus a reflection catcher system to help composite 3D renders into photographic backplates, and the option to use the built-in denoiser in viewport renders as well as final output.

At the time of posting, there is a problem with the Windows installer, so Windows users will need to follow the workaround listed in the release notes. 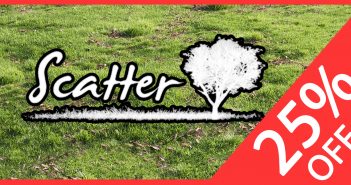 Previous ArticleScatter Add-on is out! [$, promoted] 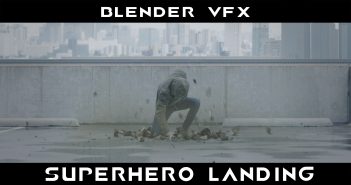