The yearly Blender Conference in Amsterdam is like a Mecca for Blenderheads, offering three days of informative presentations by motivated Blender users from around the globe. I've always wanted to attend the BCon, and to my great contentment this year it has become reality.

Until last year, the Blender Conference took place in The Balie, a charming grand café / restaurant near the Leidseplein, but with Blender's rapidly rising popularity and growing amount of BCon attendees, the event will be hosted in the Compagnie Theater, which is larger, and closer to Amsterdam Central Station.

I will write daily impressions of BCon highlights, at least from the events I've attended, because sometimes visitors need to choose between two or three presentations / workshops that take place simultaneously.

My first BCon day ended in an Irish pub with BlenderNation's Bart Veldhuizen and his friendly Sketchfab colleague Aurélien. The cheeseburger was heavenly, as well as the Guinness. 🍔

All this conviviality came at a price though. With the beers still subtly dancing in my head I had yet to start writing the first BCon impressions article after arriving home at the end of the evening. So I went to bed at around 1 AM, while having to get up again at about 7 AM, in order to travel back to Amsterdam from my hometown, which is not very far from the Dutch capital. But hey, it's for a good cause!

Arriving at the Compagnie Theater already felt pleasantly familiar after only one day of BCon experience. After asking Bart how his post-beer head was doing (he was okay 😉) and pouring myself a precious cup of liquid black gold, I headed to the theater.

Daniel Bystedt from the Swedish Goodbye Kansas studios was one of the igniters of BCon day 2 with a presentation about assets workflow and the use of Collection instances, demonstrated by funny snowman variations.

Also interesting was a demonstration where Daniel shows how to shift procedural texture placement using the Add node.

Alessandro Zomparelli from MHOX / Co-de-iT took us on an interesting and impressive trip across his versatile Tissue add-on for generative modeling. He showed various usage methods for Tissue, and demonstrated applications of the add-on, such as design for fashion and medical aids. Not less impressive is the possibility to animate both the source and destination object, the generation of fractal patterns, and the use of several Iterations of a tissue operation to increase complexity.

Belarusian Blender superstar and very creative shrimp Gleb Alexandrov took us on a journey through volumetric space. The presentation revealed his adventure towards realizing convincing volumetric nebulae, explaining how open collaboration between several Blender experts around the world made it possible, using techniques like advanced node setups and denoising. The humorous talk was larded with impressive demonstrations of beautiful Eevee and Cycles nebulae renderings, and of course a cameo of the illustrious rubber duck.

Henrik Svilling showed how the Swedish Istudios Visuals utilizes Blender for the creation of game trailers and visual effects in Blender 2.8, painting textures in the real-time viewport, and using Eevee to significantly speed up rendering time. A notable element of the presentation was how the smoothing nature of denoising was utilized to achieve a stylised look.

Mathieu Rey from the Tu Nous ZA Pas Vus 3D studio talked about his experiences during the Blender-based production of a TV series named Dronix, sharing lots of interesting information about his workflow and pipeline for the production the series. This included showcasing a powerful custom tool that automates tasks like mass-processing assets.

A vision of Blender in automotive design, Odilon Loiez (video)

Pablo Dobarro, Blender's Sculpt Mode messiah, entered the stage in front of a crowded room, and showed some of his magic sculpting tools to the audience in a humble narration style.

A funny moment was when Pablo said:

"The Voxel Remesher is only 50 lines of C code, which I'm now going to explain line by line."

Then he proceeded to elucidate several pieces of Voxel Remesher code, in a remarkably accessible way, almost making you feel like you could write it yourself. 😁

Blender Animation Director Hjalti Hjalmarsson discussed the ins and outs of animating hands, covering subjects like how the thumb reach differs per individual, how a hand grip around an object works, how the wrist locks in a certain direction and more. A funny effect of Hjalti's talk was lots of the theater visitors trying the hand gestures and limitations that Hjalti discussed. 😁

Design in CAD vs Blender: How Blender can and cannot be used in a 3D printing company, Daphne Laméris (video)

Dutch Process Engineer Daphne Laméris from Bond High Performance 3D discussed experiments with Blender for 3D printing in a mechanical engineering context, which is usually NURBS-centric, concluding that Blender is great for concepting before moving to CAD for accurate final engineering.

I'd like to end my impressions of BCon day 2 with something I should have mentioned earlier. Kudos to Ton and his crew for the high quality organization of the Blender Conference. Ton and everyone involved have made sure the experience is comfortable and well-oiled. This goes for the catering, making sure attendees get enough food and drinks, it goes for the assistance if you have a question, but also for the professional presentation stages, featuring impressively large screens, accompanied by professional-grade video recordings from different angles. All this helps to make the Blender Conference an experience well worth remembering. 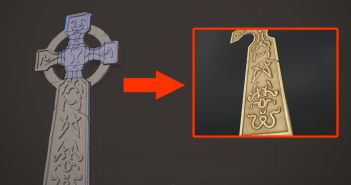 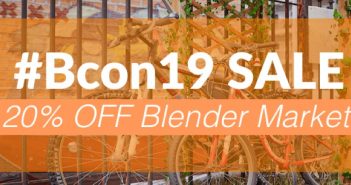 Next Article Blender Market is having a 20% sale to celebrate Blender Conference [$, promoted]