The yearly Blender Conference in Amsterdam is like a Mecca for Blenderheads, offering three days of informative presentations by motivated Blender users from around the world. I've always wanted to attend the BCon, and to my great contentment this year it has become reality.

Until last year, the Blender Conference took place in The Balie, a charming grand café / restaurant near the Leidseplein, but with Blender's rapidly rising popularity and growing amount of BCon attendees, the event will be hosted in the Compagnie Theater, which is larger and closer to Amsterdam Central Station.

I will write daily impressions of BCon highlights, at least from the events I've attended, because sometimes visitors need to choose between two or three presentations / workshops that take place simultaneously.

The night before attending the Blender Conference 2019, I was relaxing a bit by reading my feeds, when I came across a BlenderNation article stating that this year's BCon location would not be De Balie anymore, but the Compagnie Theater.

If I wouldn't have read my feeds I would have walked all the way to the Leidseplein and have entered De Balie, only to find no Blenderhead in a few miles radius. Then I would have had to rush to the right location, miss Ton's keynote and curse my scatterbrain. 😁

Once arrived at the Compagnie Theater, I encountered closed doors and a big truck in front of the building that really should be the place to be. Then I saw someone else being puzzled, and I asked "Blender Conference?" He replied with a slightly relieved "Yes!" At that moment the truck drove away and revealed a comforting sight: dozens of Blenderheads in front of a large open door (the right door).

I entered the building and was amazed at the amount of people that were present. Feeling slightly overwhelmed, I quickly ran to the one person I already knew personally: Bart Veldhuizen from Blender Nation / Blender Artists. 🙂 Bart was talking to Wybren van Keulen, the developer of the impressive The Grove 3D tree generation add-on, a really sympathetic guy. Soon the feeling of being overwhelmed by the BCon changed into a warm, social impression of the event and its attendees. The three of us walked to the theater, where Ton Roosendaal would soon start his keynote.

Ton Roosendaal, the man, the legend, enters the stage. After an introduction he started the traditional survey which nationalities are present in the theatre, what their professions are, and how many times visitors have attended previous Blender Conferences. The response was impressive. People all over the world had traveled to be present at the BCon: artists, coders, scientists and more. It was heart-warming.

An important part of Ton's keynote existed of discussing how Blender has grown to be a true player in the 3D CG world, receiving funding from major corporations like NVIDIA and AMD. But Ton also stressed that it remains important that Blender is a platform for everyone. The open Blender community is the most important aspect of Blender's success, and will not be compromised.

Ian Hubert, the fastest Blender tutorial narrator in the world makes his appearance at the BCon 2019, showing how you can use single photographs to recreate reality in 3D, and how he used the Car Rig Pro add-on.

Ian also emphasized how satisfied he once was with his early work, but learned to spend more time and attention to details, up to an obsessive level. Also interesting was the bit about using reference versus what you think something looks like.

Nathan Lovato from GDQuest takes us on a trip across the new and improved Video Sequence Editor that is currently being realized.

Grease Pencil and You: Don't throw away your Pre-Viz, Rob Silvestri (video)

Rob Silvestri, Animation Director from the renowned Tangent Animation studio, known from the fabulous Next Gen feature animation film, speaks about the much improved Grease Pencil in Blender 2.8.

Bart Veldhuizen, Sketchfab's Head of Community, shows ten interesting features of the popular online 3D editor and viewer, such as:

Having a drink with Ton Roosendaal and Howard Trickey

After the presentations were finished, Bart and me had an animated chat with Howard Trickey, the Blender developer who is currently improving the Bevel modifier and Boolean modifier, and also happens to be a long-time Google Maps developer. A knowledgeable digital industry veteran and humble, friendly man. 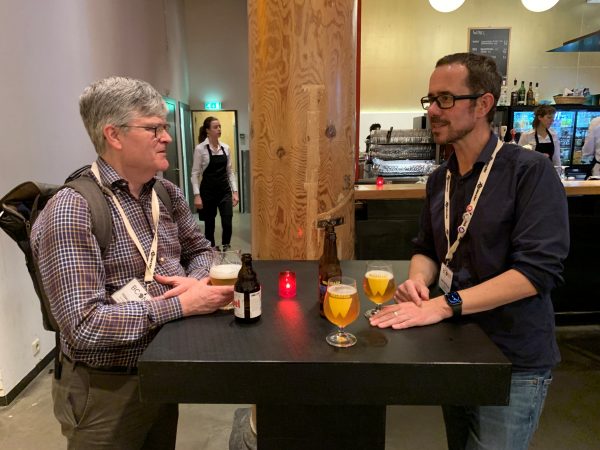 Last but certainly not least, Ton joined us in having a beer, and supercharged the conversation with his signature enthusiasm about all things Blender. If you've ever met Ton, you know what I mean when I say this guy is as genuine as they come. 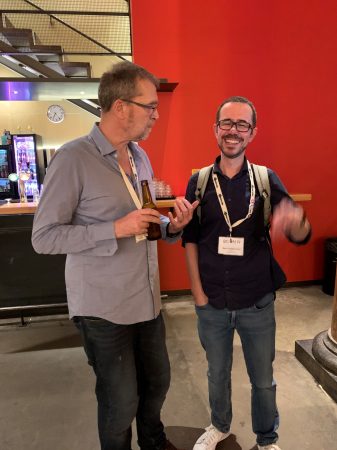 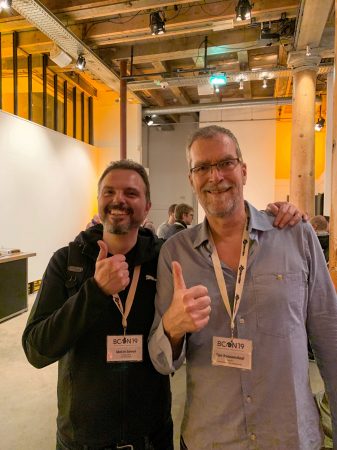 My chance to be perpetuated alongside the living Blender legend.

Really looking forward to the BCon day 2! Watch this space for more coverage. Now I'm off to bed! 😴 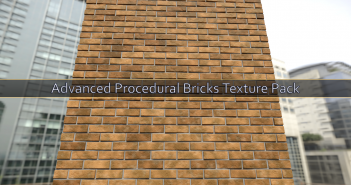 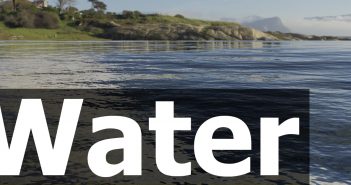