Hi, my name is Metin Seven. I’m a freelance designer, illustrator, and animator based in the Netherlands, and I’m a big Blender enthusiast.

I used to be an avid 3ds Max user, from 1998 to 2012. I was also an official 3ds Max beta tester for Autodesk, back in the early 2000s. My two main reasons to switch to Blender were the high yearly price of 3ds Max and my desire to switch to a Mac (3ds Max is Windows-only software). In the meantime, I’ve returned to a Windows system, by the way, but that’s a different story. 🙂

When I started learning Blender in 2012, I missed some 3ds Max features I was used to, such as the more extensive range of modifiers and the non-destructive primitives. But I quickly discovered how logical Blender’s workflow is (and this was way before the 2.8 UI overhaul), and to this day I’m still frequently amazed by Blender’s versatility. Just about the only thing that disappoints me is Blender’s inability to brew me a fine cup o’ coffee. 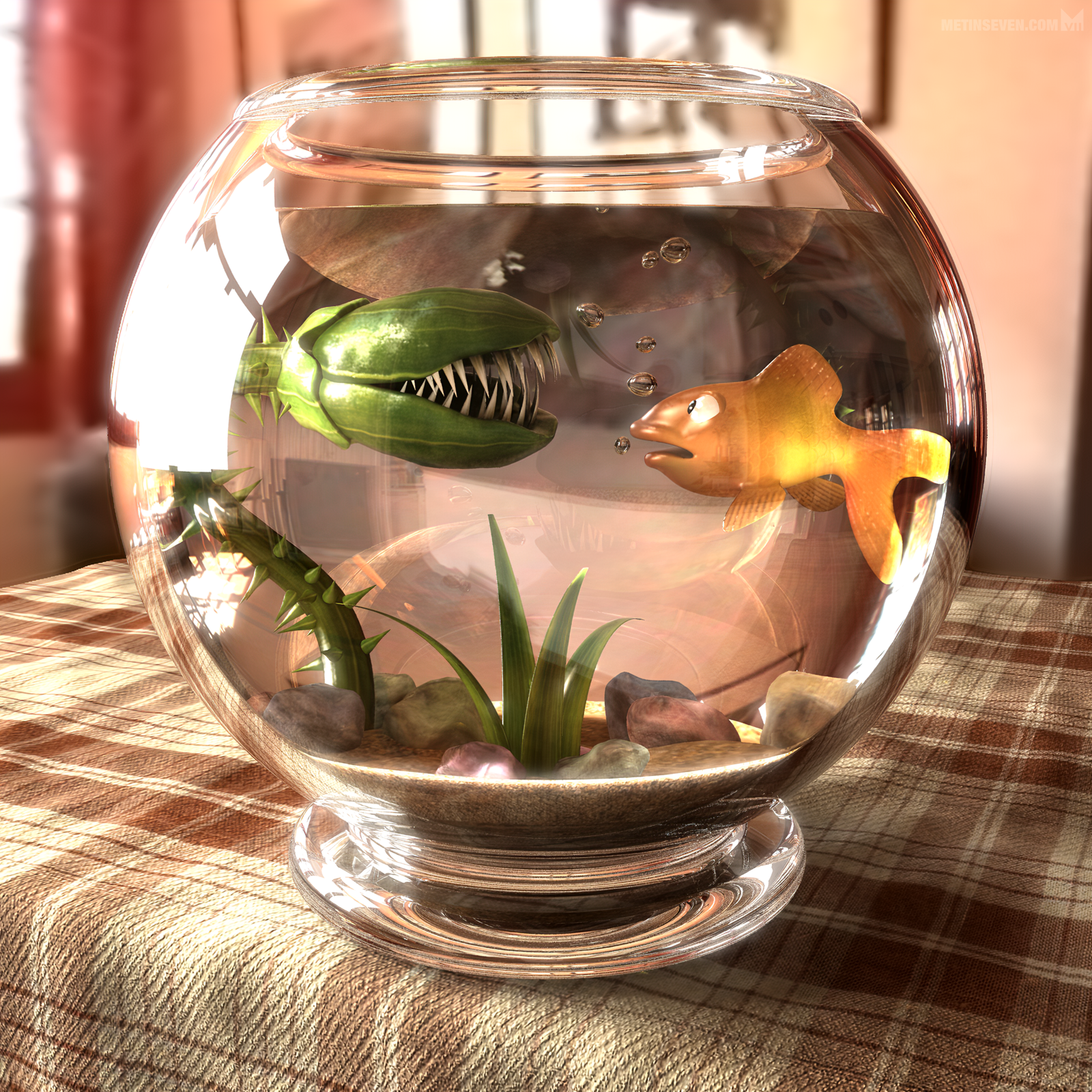 Unpleasant Company, created with 3ds Max and rendered with V-Ray in the early 2000s

I’m an old school geek who grew up with the 8-bit generation of game consoles and Commodore computers. I loved playing Commodore 64 games, and, after upgrading to the equally legendary Amiga, I desperately wanted to become a game designer. So around the age of 17 (still a schoolboy) I became one of the first game developers in the Netherlands, together with two friends: an Assembly coder and a music composer (I took care of the graphics and game design). It was the pre-internet era and we found interested publishers in the US and UK who released our games worldwide on 3.5-inch diskettes and CD-ROMs for the Amiga, CD32 console, MS-DOS and Windows. Information about our games can be found here, and there’s a Dutch Wikipedia with more info.

Our games are downloadable for free these days. In my humble opinion, our best production is Moon Child for Windows 95/98, released on CD-ROM in 1997:

The Amiga was one of the first consumer computers to offer a 3D editor. My first steps in 3D creation took place in a relatively simple ray-tracer called Sculpt 3D. It was magical to have light, shadows, and reflections calculated for you instead of having to paint everything yourself.

Around that time I received an offer from a studio, Amsterdam-based Comic House, to join them in creating animation productions for national television. There I realized that one could make a living by animating and illustrating. I had found my dream job. 🙂

My work gradually shifted from 2D game and multimedia development to freelance 3D modeling, illustrating, and animating. In the mid-2000s I started creating a daily cartoon for the Dutch national news site NU.nl and a weekly comic strip for the Dutch newspaper NRC.next, using NPR 3D as my medium of choice. 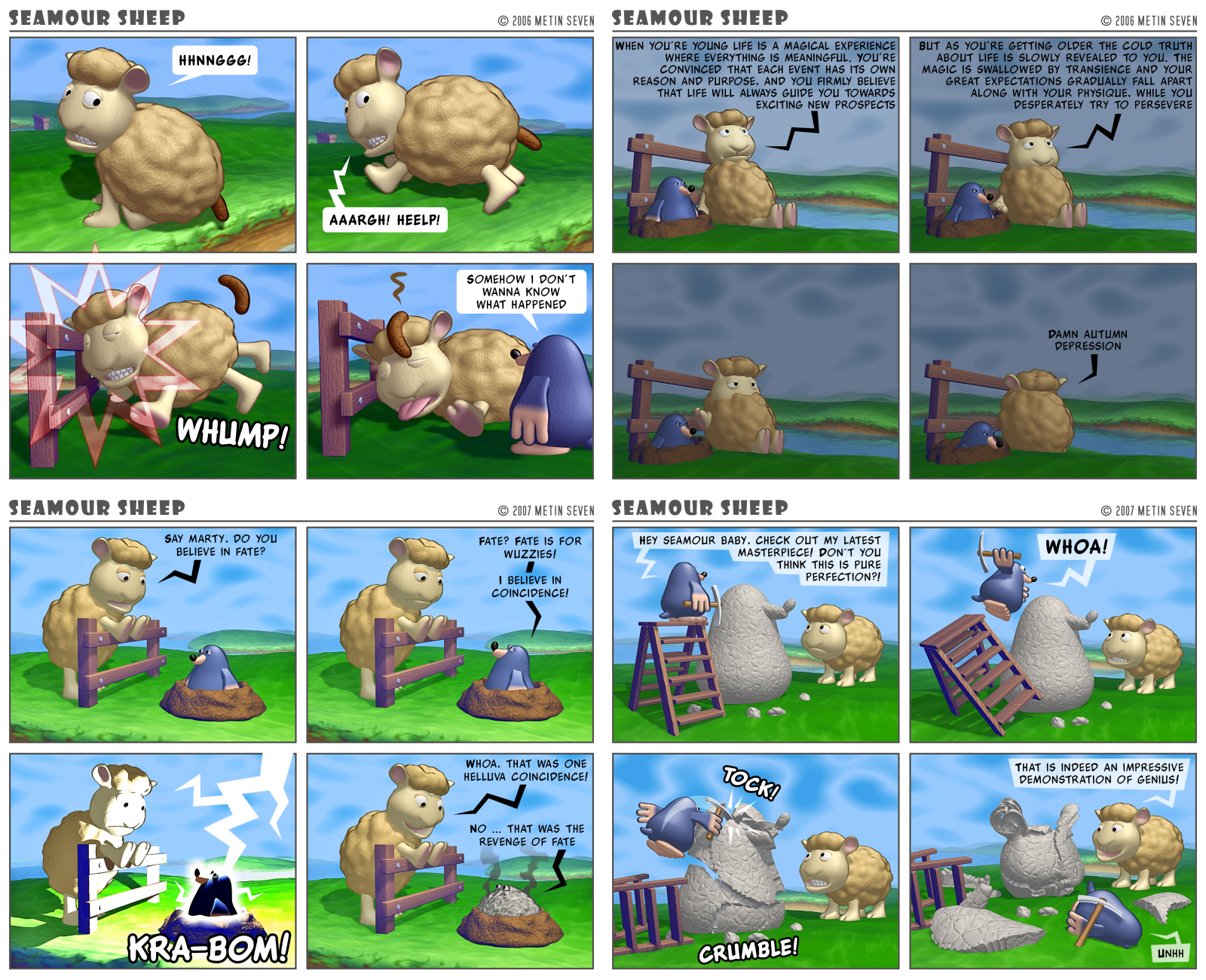 Once I discovered the heavenly bliss of Blender in 2012, it quickly became the go-to tool for most of my work. The only other editors I used were MoI 3D for base meshes and hard-surface modeling, and ZBrush for sculpting. But with Blender’s exciting recent Sculpt Mode developments and overall improvements, I have now completely switched to Blender for all of my work.

I like to alternate between several styles, with a preference for fun, cartoony imagery. Not all paid jobs require cartoon characters, but it’s a blast if they do. In between commercial assignments I really enjoy exploring new Blender tools and techniques while creating something for my portfolio. A few examples: 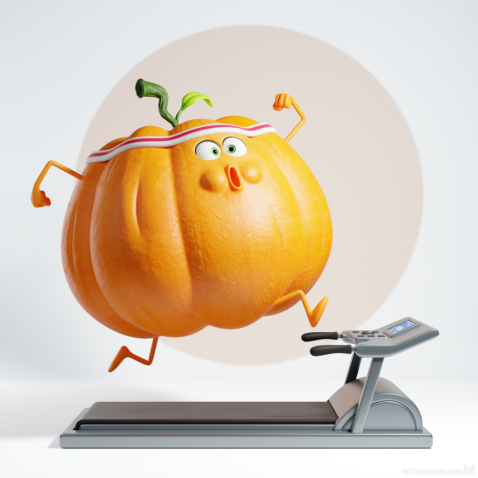 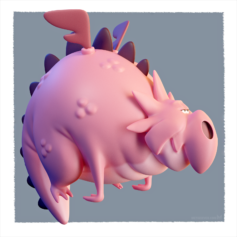 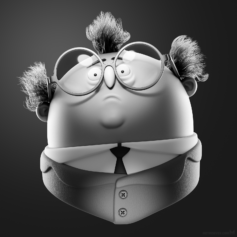 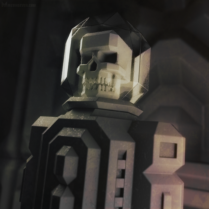 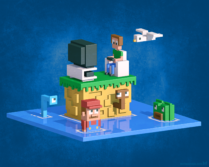 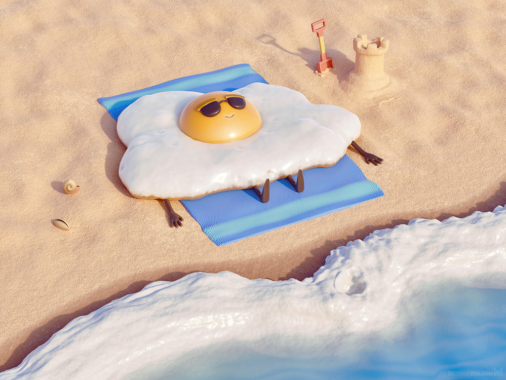 Thanks for reading, I hope you like my work. More work can be found in my online portfolio, and if you’d like to meet: I’ll be at the Blender Conference 2019.

Finally, here’s a peek at my desk, with me attempting to pose for the photo... 😁 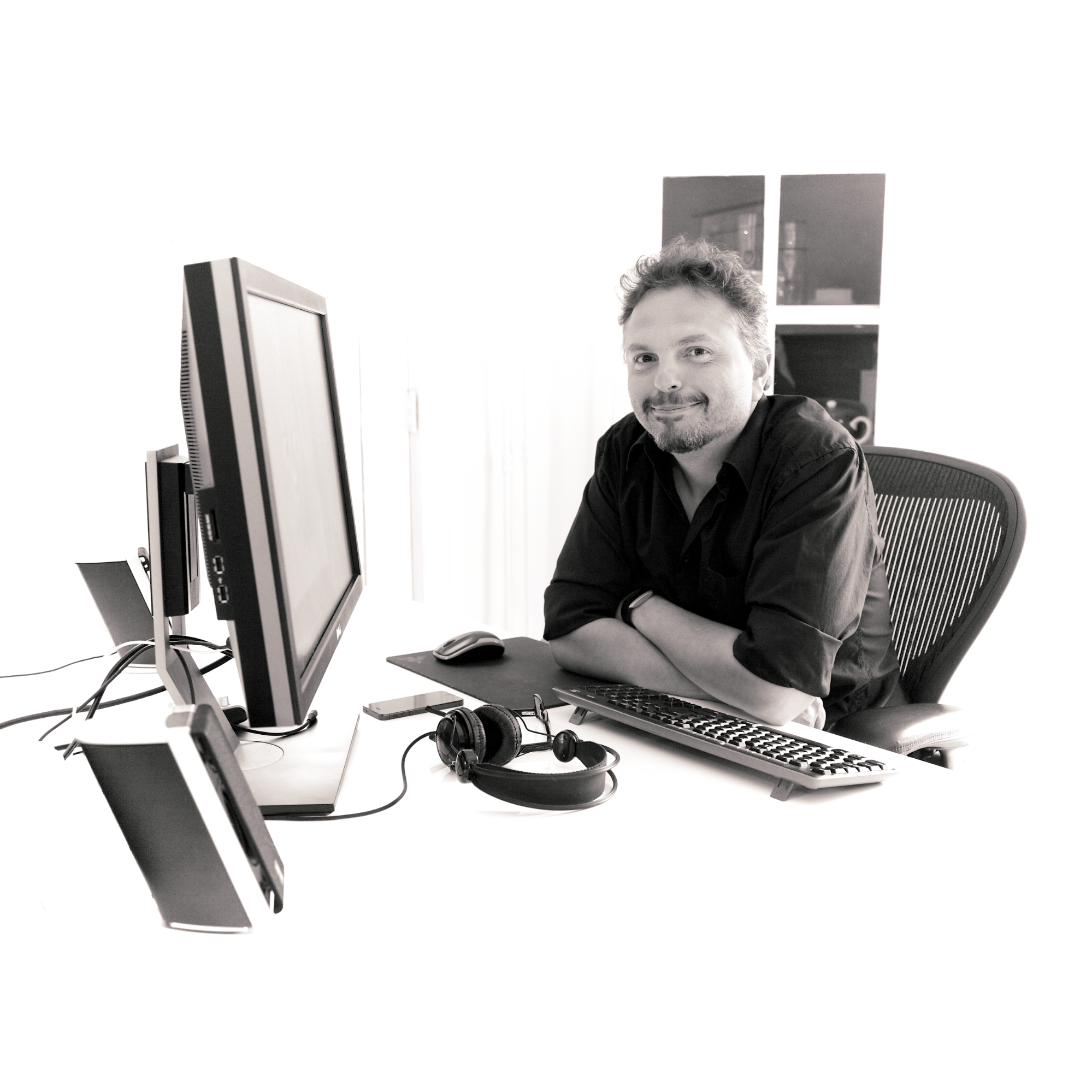 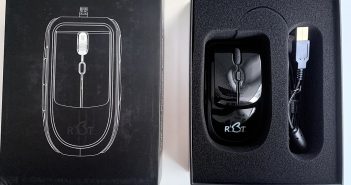 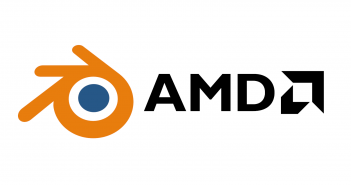