With the feature list for the next stable version of Blender now locked, we investigate the new tools you can expect when Blender 2.81 ships in November. Over the course of a week-long series of stories, we will preview the main features, continuing today with Open Image Denoise.

We can probably blame NVIDIA for the current vogue for AI-driven denoisers. Its OptiX denoiser, now widely integrated into commercial renderers, popularized the idea that, given a large enough set of source renders to work from, denoising algorithms could be trained using machine learning techniques.

Intel's newer Open Image Denoise (OIDN) takes the same approach of speeding up denoising by evolving the algorithms using deep learning, but runs on the CPU, not the GPU - and, crucially for Blender, is available under an Apache 2.0 licence, making it possible to integrate into the software.

However, it does provide a way of getting to clean, noise-free output much faster than simply cranking up the sampling settings for a render, and it does so no matter which manufacturer's hardware you use.

Stay tuned throughout the rest of the week for bite-sized previews of other features, including new sculpting brushes, updates to Eevee and Cycles, and a host of time-saving smaller additions. 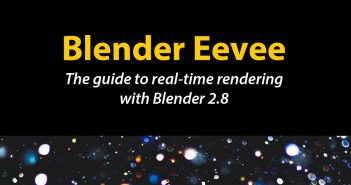 Previous ArticleBlender Eevee: The guide to real-time rendering with Blender 2.8 [$] 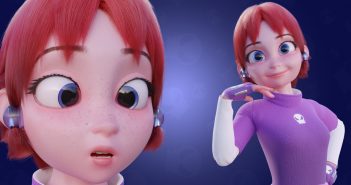 Next Article Behind the Scenes: Hamari