Hello i'm Nita Ravalji. I am a CG generalist but mostly I like to work on look development. I have a studio named “Weybec” in Mumbai, India.

I learned CG software (3ds Max, Maya) in 2006, and in 2010 I was introduced to Blender, which was the coolest thing ever and I made my first art in 2011 for the Blender Guru competition. I believe that taking part in such competitions made me improve my art day by day. I learned Blender mostly from Pratik Solanki :), my teachers, online tutorials, forums and yes, the most important, R and D. Now it's been 9 years that I’ve been using Blender.

Behance and Pinterest are always open tabs on my computer. One day I was browsing through Behance and saw this image by Xiaoguii Zhang: 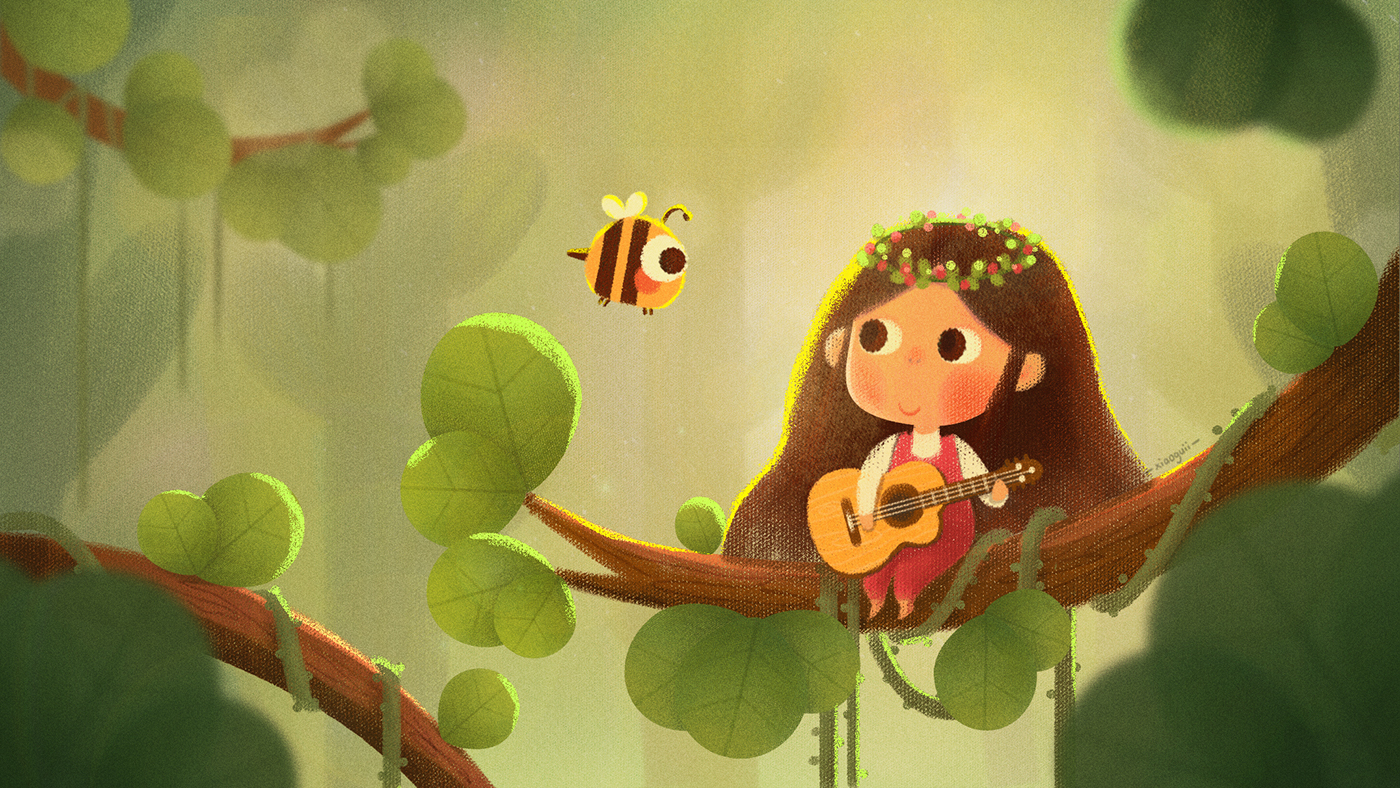 The moment I saw that art, I fell in love with that moment and warmth. So I messaged Xiaoguii and asked if I could make it into 3D and she liked the idea and she was eager to see the 3D version. Here is the funny thing, I started working on this project exactly after 1 year from when i asked her. Lazy, I know.

I used Blender 2.8 for the entire project to get familiar with new tools and new shortcuts. It was very difficult at the beginning; it was like learning a new software again. There were frustrating moments of not finding the specific tool or command that I needed, but eventually I got used to it.

This project has very basic shapes. Most of the parts are from basic cubes. 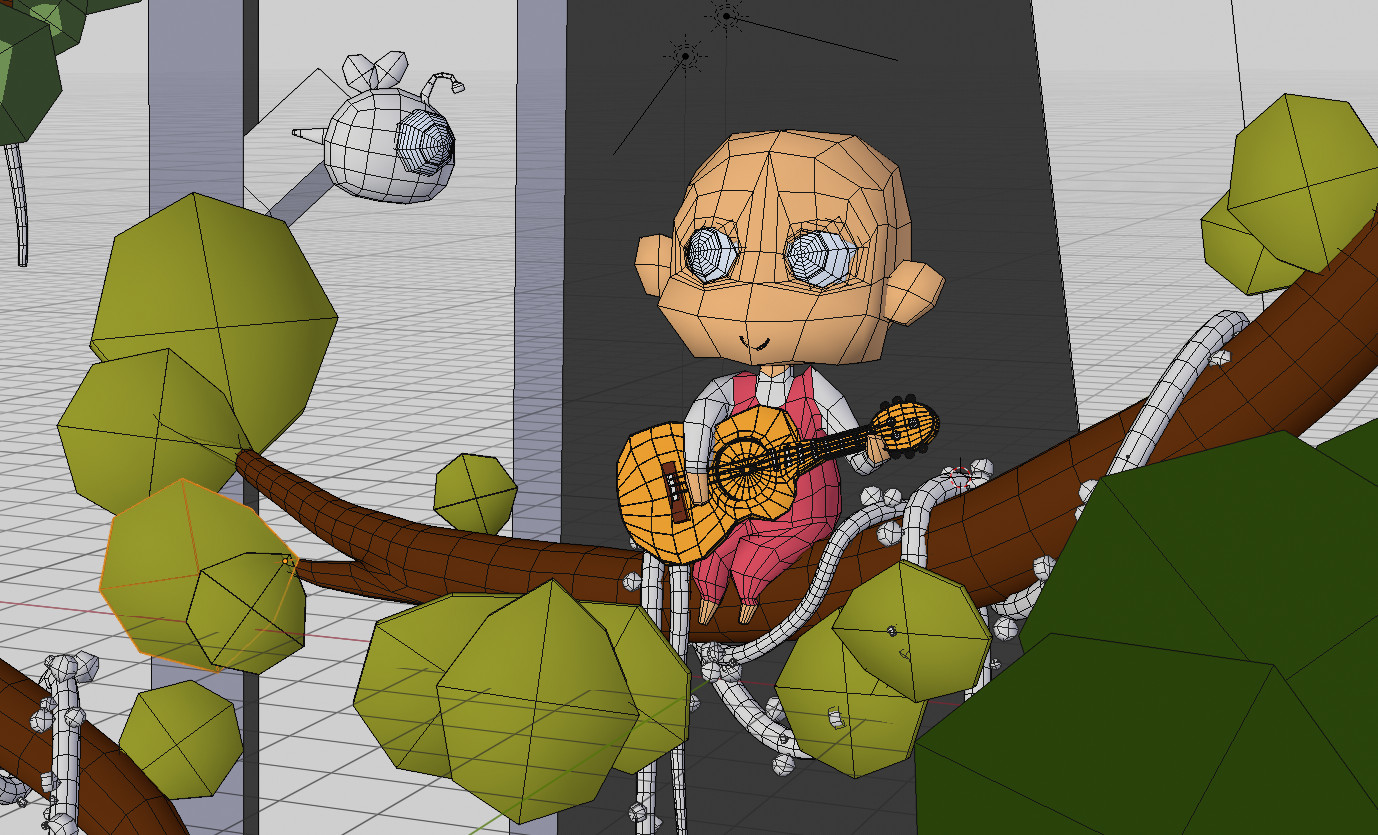 For vines and tree branches I used bezier curves and later converted them into mesh. The big leaves are manually arranged and the leaves on the vines are particles.

Leaves have a basic hand-painted texture and are painted with a fluorescent green color at the edges to simulate translucency. Subsurface scattering also plays a huge role in the whole scene.

Most of the objects have principled BSDF shaders. It’s easy and way too fast to work with.

Scene setup was not very hard to work on as there was already a 2D image. But that doesn’t mean everything is on the same plane. So the scene was divided into 4 parts: foreground, midground, background and far far background (just blurry forest). 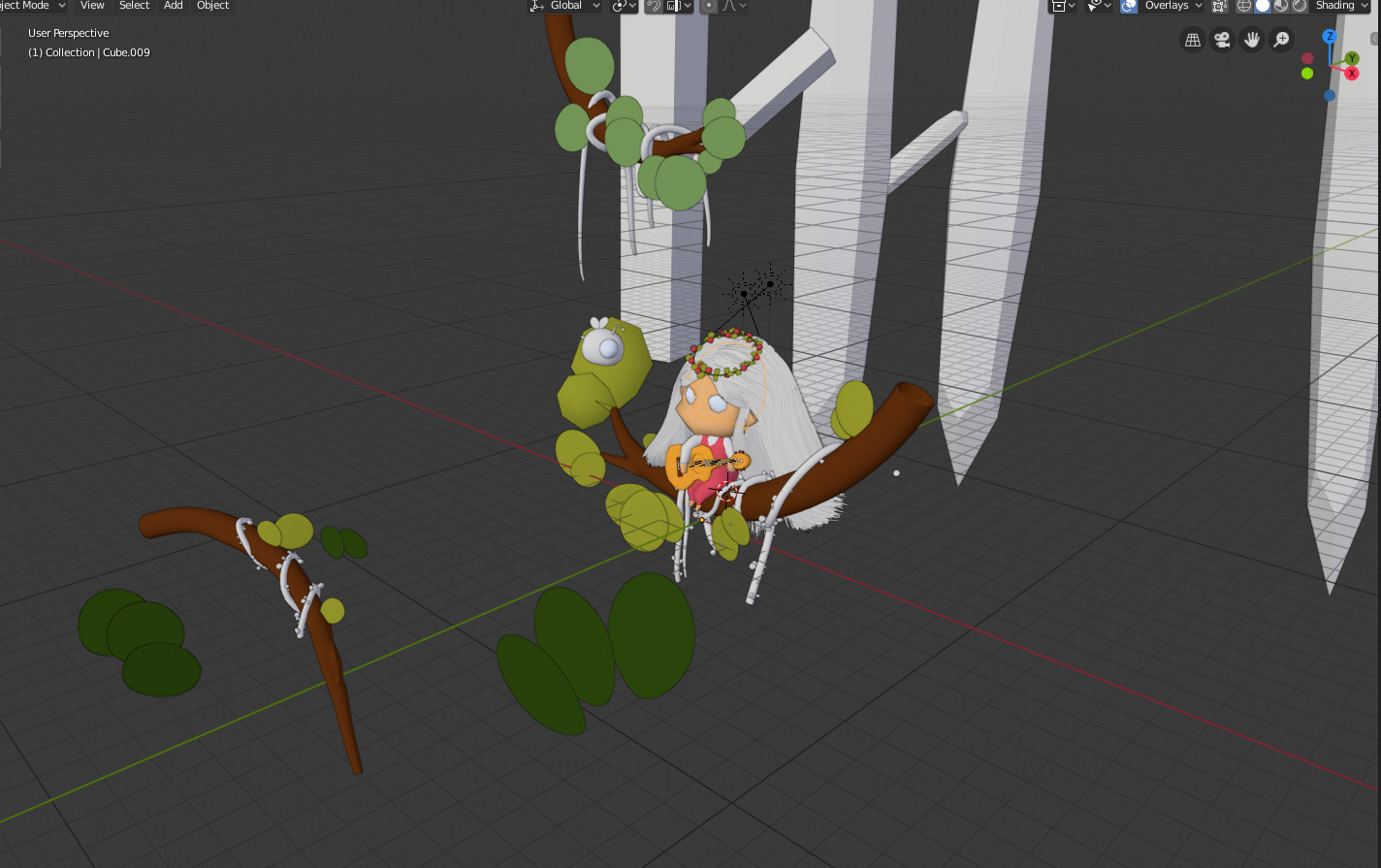 This way it was easy to maintain the depth in the scene and focus on the main area.

For lighting, almost everything was done by HDRI. I took a forest HDRI from HDRI Haven and used strong sunlight for the rim. The beauty of the scene comes from the softness of the leaves, hair, and fur.

Styling the hair took the most time. In my old artworks I used to make only one hair system but that didn’t work this time. The hair was all messed up, so this time I created 5 hair particle systems.

The whole project took 2 days to complete. There are lots of uncompleted projects that I left at some point and I really wish to complete them in the near future. So that’s all for this art. I hope you enjoyed it :) 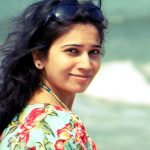 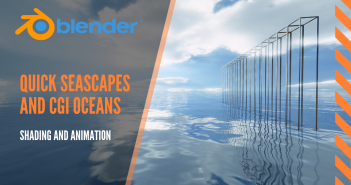 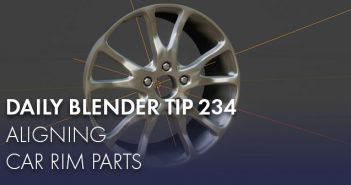