My name is Edgard Antonio Caliman, I have a bachelors degree in Computer Science and work freelance as a 3D generalist (3D Animation). I've done work for Petrobras and Fibria, among others large companies. I started in the 3D world using Maya 4.5 until 2012, using 3ds Max 6 until 2012 and currently I work exclusively in Blender. I work on implementing Blender in some studios here in Brazil. In this case the FAO joined up with Romeu & Julieta studio, at the invitation of its founder.

In this FAO project, the whole concept was created and developed by Jean Campos, Founder and Art Director of Romeu & Julieta, after he received a briefing from FAO itself. The project was created to raise awareness worldwide about the importance of wildlife preservation. For this project we had about one month to produce all the material, from the conception of the idea to delivery. The video above shows the technical file of the personnel involved. 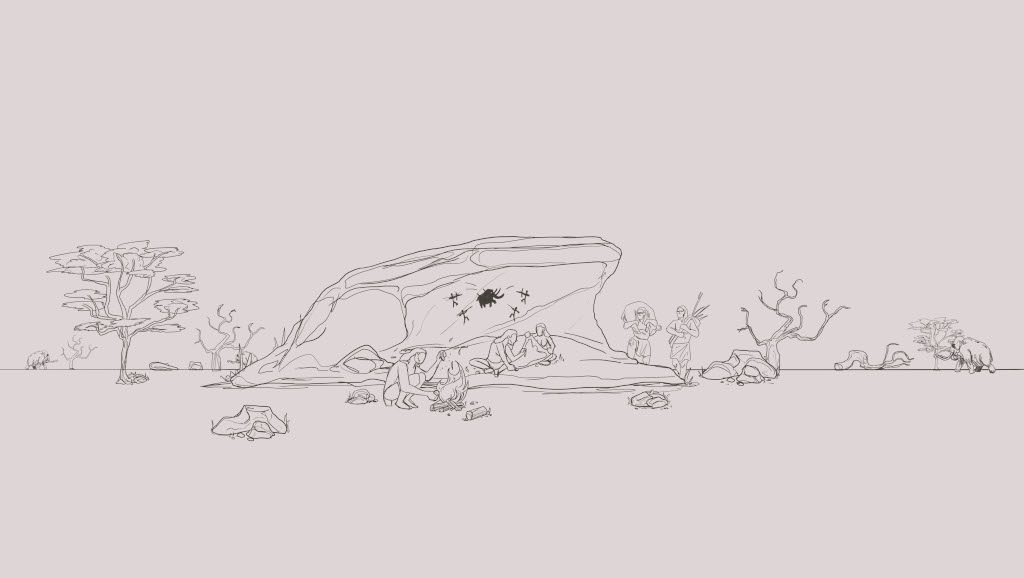 With the initial idea of how the project would be, I was thinking of using the principle of mockup and working with puppet style characters. Below are some references. 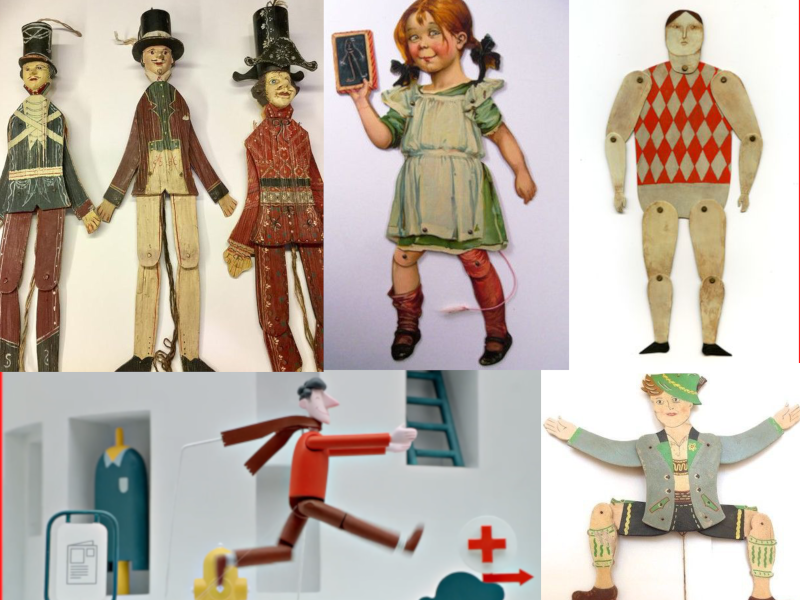 Character style references and what materials would look like 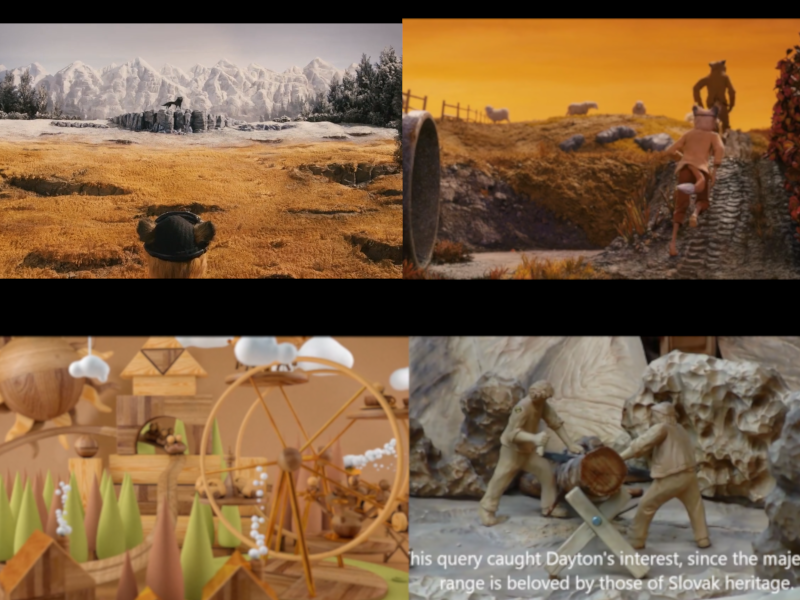 In the modeling part, we first divided what would be 2D/3D elements within the scene and what would actually be 3D. The 2D/3D concept would be to use elements in the style planes with thickness and with a character texture in the style of decoupage. After analyzing which elements would be interesting to use, we decided that all the characters, vegetation, and some other scenery elements would be in 2D/3D. These 2D/3D elements were created with SVG splines and imported into Blender. The UV mapping took a bit of work, but it worked. 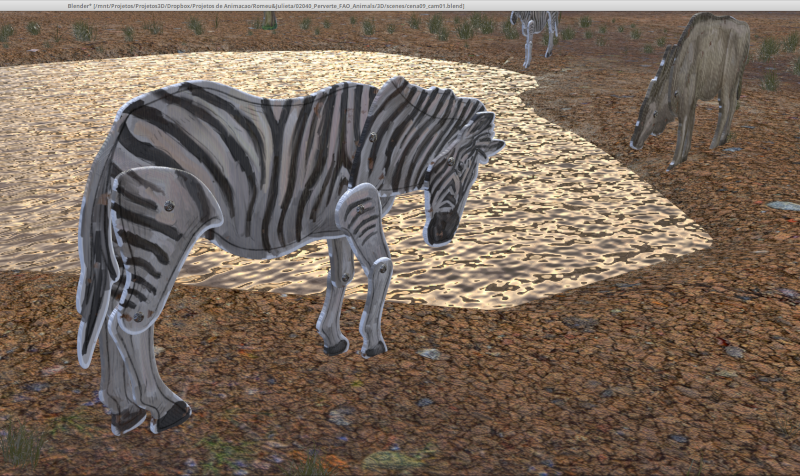 2D/3D elements of animals and characters 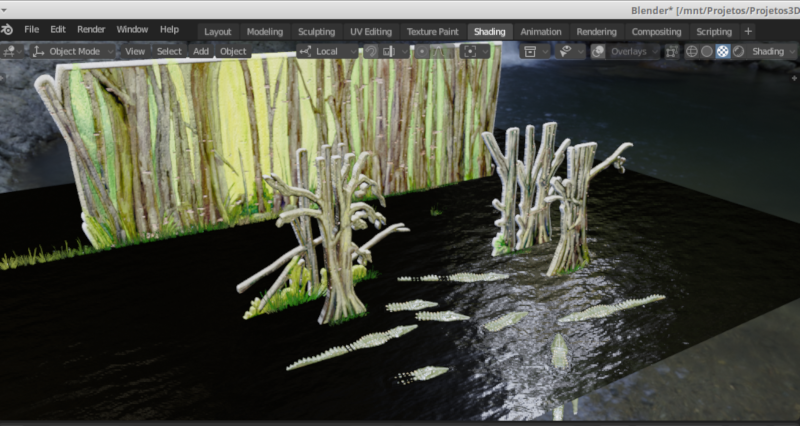 The shading was developed by Eric Soares. He had to give a wooden feeling to the objects, a sense of wood half corroded by time, and he did very well.

In the image below you can see the style of the texture. 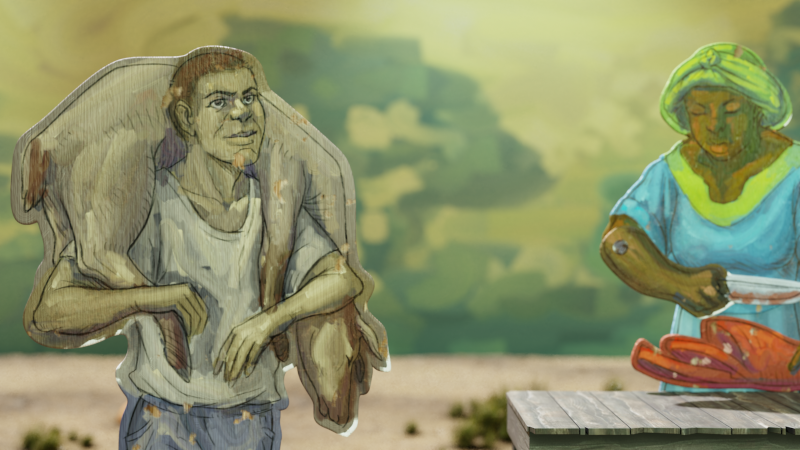 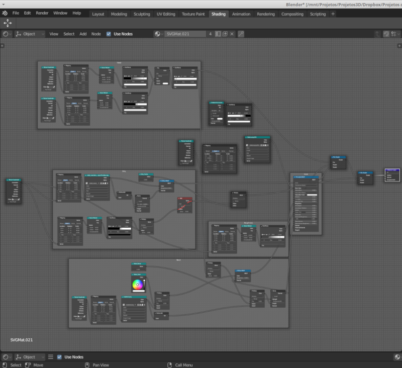 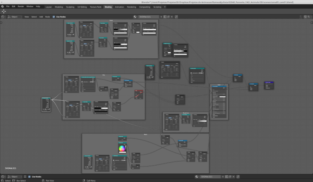 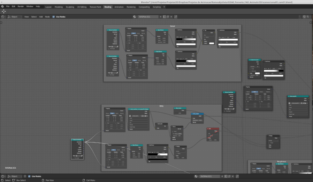 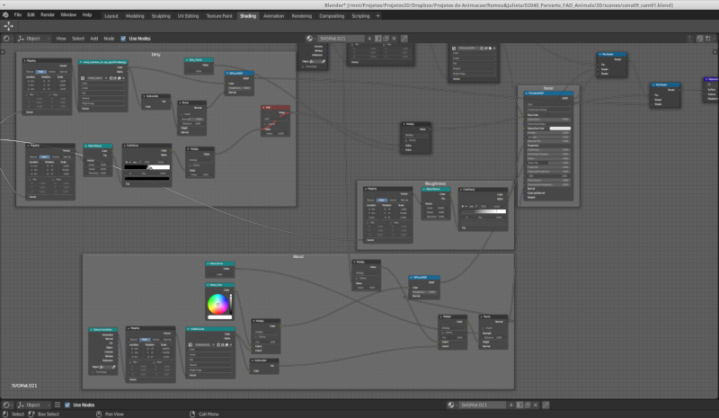 Initially for the light, the colorscript was developed by the artist Mikael Holz along with Jean Campos. This is the color palette that we followed in the development of the scenes, so that the desired emotions were conveyed. 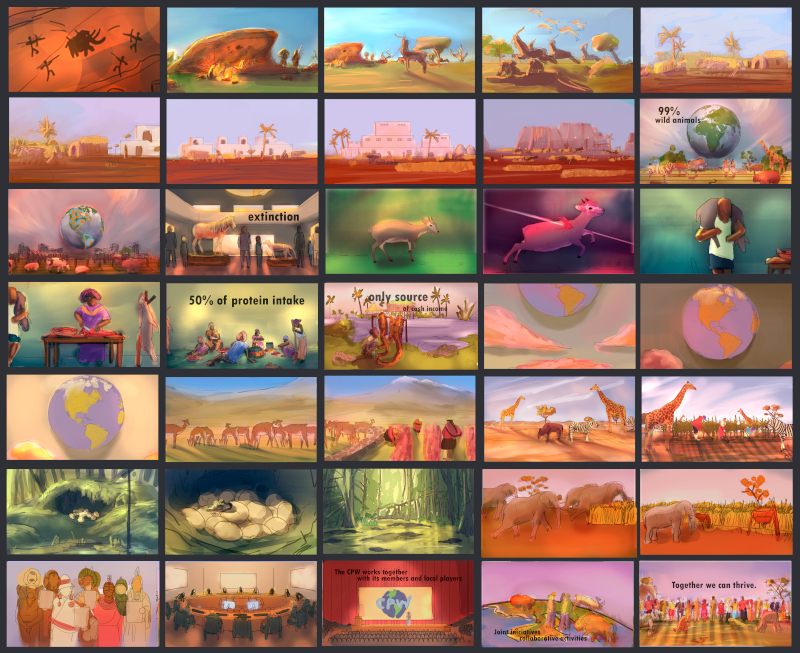 After the colorscript for the scenes was ready, we started to create the illumination of the scenes. Initially we went to work with EEVEE, but realized that we already had more in-depth knowledge of Cycles. The part of LookDev was done by Eric Soares, by Wemerson, who works at Romeu & Julieta and by myself, all based on the colorscript. 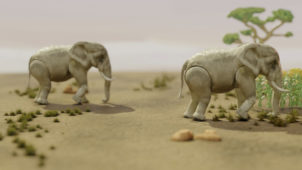 The animation process was quite simplified and for this I ended up doing simple rigs for the 2D/3D characters. For the characters that needed more elaborate rigs, I simplified them myself, making only some controllers, just the ones needed for the animation to work. We wanted to give the animations a sense of the model. The animations were created by me and Alex Rodrigues.

The whole movie was rendered using 3 computers using GPU, GTX 1060, 1070 and 1080, the video was rendered in 1920x1080. There was no need to renderfarm because the renders were taking an average of 1.5 minutes. The scene below was the one that took more time to render, going to 6 minutes per frame. This increase in render time was due to the DOF we used in all the scenes to give the feel of a miniature model and, of course, due to the vegetation contained in it that ended up increasing the time of rendering. However it was nothing much outside of normal. 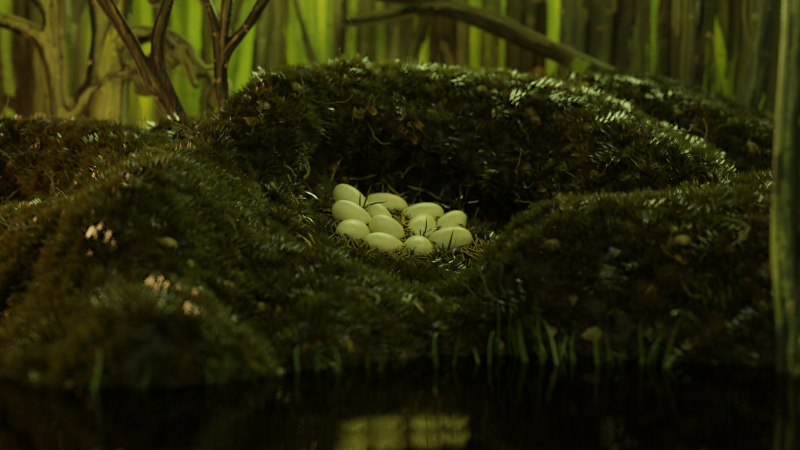 The entire composition was done in After Effects by Jean Campos because he was more familiar with that software for post processing and editing, so he preferred to use that to finish the project.

All the sound was done by the company Play It Again and is on display in the video at the beginning of this post.

Thanks to Jean Campos, Founder and Art Director, for the trust placed in the production of this project using Blender. In the end the project was very gratifying and it was very beautiful. 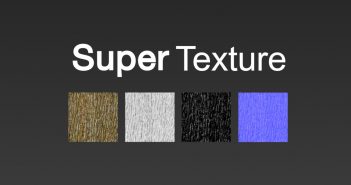 Next Article First Build of Animation Nodes for 2.8 Available