Chuck Norris does not sleep. He waits. Maybe he's waiting for Guilherme Freitas to explain how he made this Chuck Norris model. The time has come...

Hi everyone! 🙂 My name is Guilherme Freitas, and I’m a Brazilian digital artist. I have also been creating and posting narrated timelapse videos of my digital paintings and 3D projects for the past six years on my YouTube channel Brush Rush.

Back when I started practicing 2D painting on my own, roughly 8 years ago, I also gave 3D art a shot and, like most beginners, I thought Zbrush would be the best tool for the task. Super detailed awesome projects were everywhere, and seeking those results I ended up skipping 3D basics like traditional modelling, topology, UV unwrapping, rigging and such. Big mistake. I couldn’t advance much, and I wanted to create much more than digital statues.

So I ended up struggling for a few years with YouTube tutorials, while not really dedicating much time to 3D. Eventually I picked things up, and with the help of my friend from Argentina, Sebastian Cavazzoli, I managed to fill the gaps in my knowledge, and started creating something I wasn’t really expecting back when I started: low poly handpainted 3D models in Blender.

And now I’m creating all the assets for my first 3D mobile game, rigged characters, background, items, enemies and more. All done in Blender as well, I finally mastered to some degree the skillset I’ve been seeking for almost a decade now.

Previous ArticleLeft click select is now the default in Blender 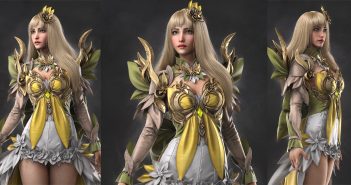 Next Article Behind the Scenes: Mystic