I recently featured Jan Drawc's work, and invited him to talk about the creation of one of his scenes.

My name is Jan and I’m a 19 years old artist from Poland. Currently I’m living in Ireland and recently I started my first year as an Animation student in the Tralee Institute of Technology.

I have been using blender on and off for around five years now, but only decided to take it more seriously a year or two ago. I use Blender, mostly to create illustrations of any ideas that I might have. I also try to tell a story with each piece I make and tend to work in a more realistic style (or at least i try:)

In this article I’ll talk about my workflow using my latest render as an example. It’s an illustration of a Baba Yaga’s Hut, a witch from Slavic legends. 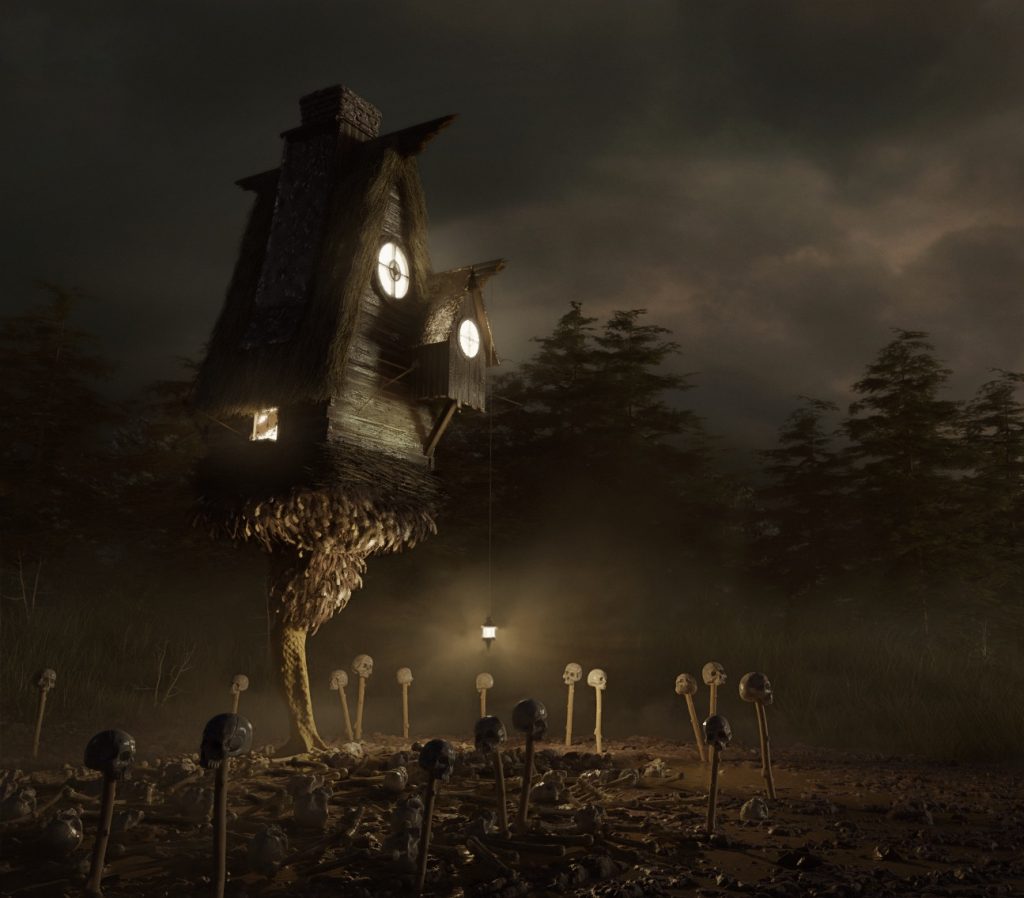 The initial inspiration for this scene came to me after watching movie ‘’The Witch’’(The VVitch) from 2015. I really liked the atmosphere that the movie created and wanted to do something similar with my final image. The movie also made me remember how my parents used to scare me and my sister when we were kids, they used to say that if we stayed alone in the forest the witch Baba Yaga would take us:)

The idea also came around the time of BlenderGuru’s fantasy competition being announced so i decided to create the render as my entry. However I was really dissatisfied with the way the piece was coming along and i abandoned it. Recently i came back to one of the early saves of the project and finished it. I won’t talk about the previous version of this render since I basically scratched it and didn’t use it for the final image, but here is one of those renders just to show you:) : 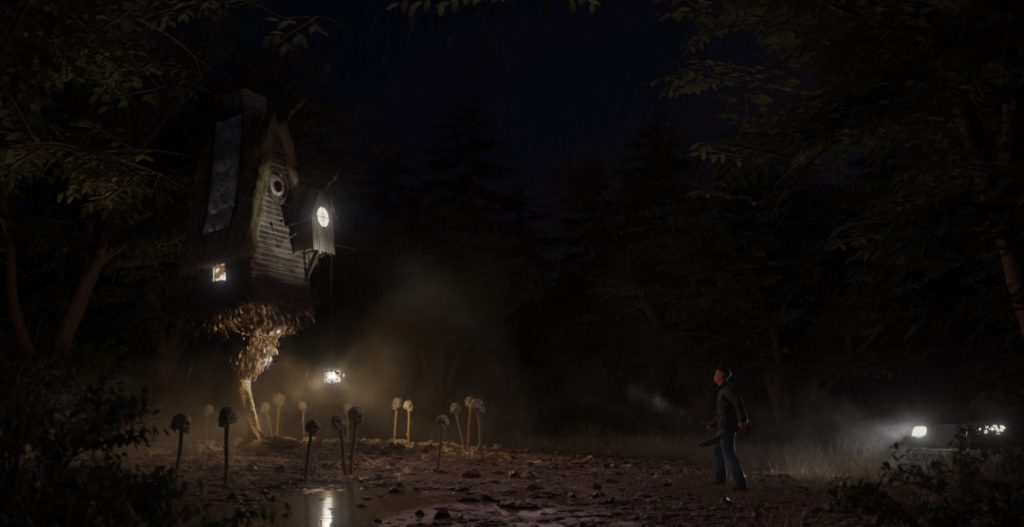 I usually don’t put more attention into the concept than just some thumbnails (which is probably not that good:) but I didn’t have a clear idea in my head for what the hut is going to look like, so i explored some ideas and came up with a final concept for it. As you see I didn’t completely follow it but it was only supposed to give me a starting idea:

Making of the hut

I started with working on the chicken leg that the hut is standing on. I started with creating a basic mesh for the leg without any details. Then I added a Multiresolution modifier to it and sculpted the details like scales and skin folds on it. Then i used the blender renderer to bake the normals (possibly there is a way to do it in cycles but I got used to doing it in the blender renderer, It doesn’t take much time and works great:).I came back to cycles and applied the normal map to the material and it’s done! 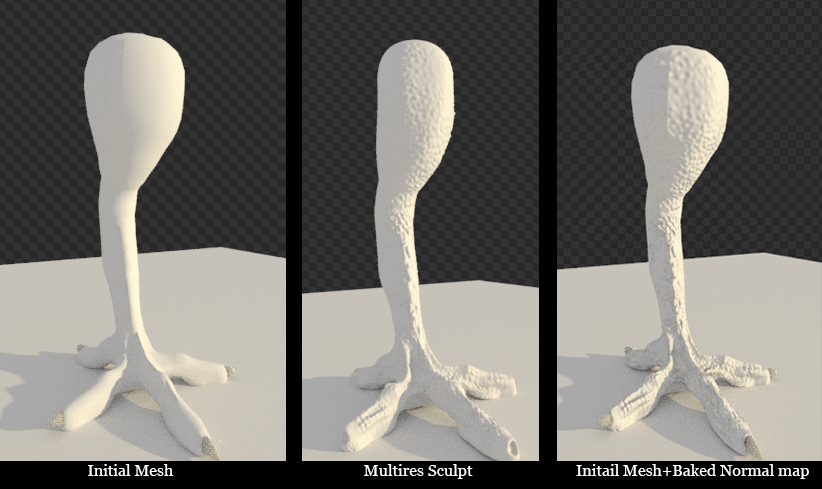 The rest of the hut Was very simple. First i blocked out a basic shape for it with few cubes and then just used simple shapes to create the walls and windows of the hut. I also used a displacement modifier for the chimney. Then i created the emitter objects for the particles(hair). I played around with the particle settings until i got the effect I was happy with and then the model was ready for materials. 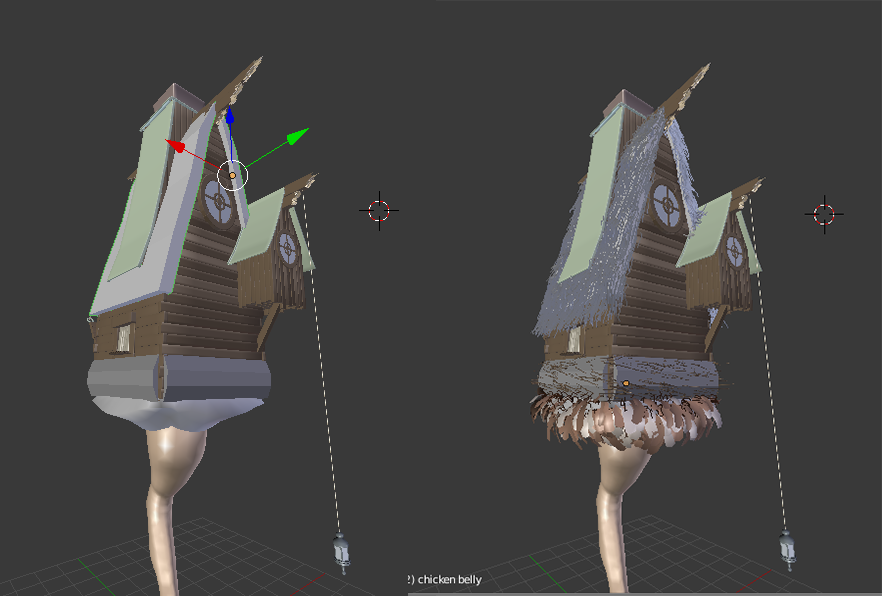 Most of the materials are just simple cycles Principled shaders, which i absolutely love:), with color,roughness and normal maps plugged in. One of the more complicated materials was the metal part of the roof. I know the node setup may look a bit messy but it's actually pretty simple. I created the material like any other but I plugged in 2 textures into each input, one a metal texture and the other a rust texture. Then I used dirty vertex colors with a noise texture to control the mixing. I could have just used a metal texture with rust on it already but i couldn’t find any that I would be happy with plus the use of dirty vertex made the material fit the model better.

Making of the scene

I started the with creating a ground by assigning a cloud displacement modifier to a subdivided plane. Then I UV unwrapped the plane and created a simple Principled shader for it with a texture based displacement. I also added one flat plane to create water in the puddles created by the displacement. Then I linked the hut into the scene file, positioned the camera and added some nice lightning. 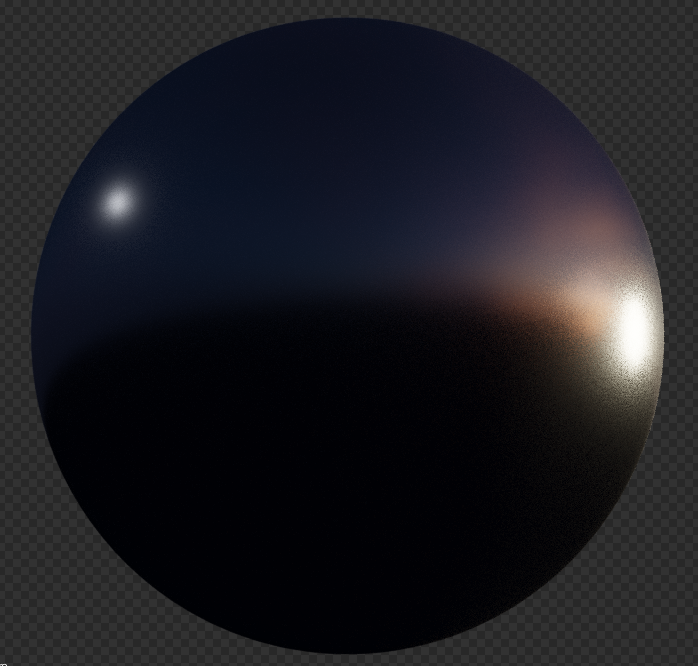 Then i added simple planes for the hill in the background and used proportional editing to shape it as I wanted, also the emitter object for the bones around the hut was added. Then i created grass and bones on the ground using simple particle settings. All the bones except for the skull were just cubes scaled up on one axis with edge loops at both ends and a subdivision modifier. The skull was made exactly the same way as the chicken leg described earlier. Material for the bones is just a principled shader with a noise texture controlled color and some sub-surface scattering.

Creation of the Trees

I’d also like to describe the way that i used to make trees in the background because it’s very simple and gives satisfactory results. I created the the tree using the sapling addon but didn’t use it for needles. To create the needles I used a simple shape with an alpha masked texture. It’s important that the texture isn’t just a picture of a single needle but of a small branch with many needles on it. That will make the tree look a lot more realistic and you would probably kill your computer if you wanted to add a particle for each needle on the tree:). Then I added a simple particle system, with a vertex group-controlled density, for the needles. The bark material is just a principled shader with color, roughness and normal maps plugged in. Material for the needles is the same plus it also has an alpha-controlled transparency and a translucent shader mixed in. 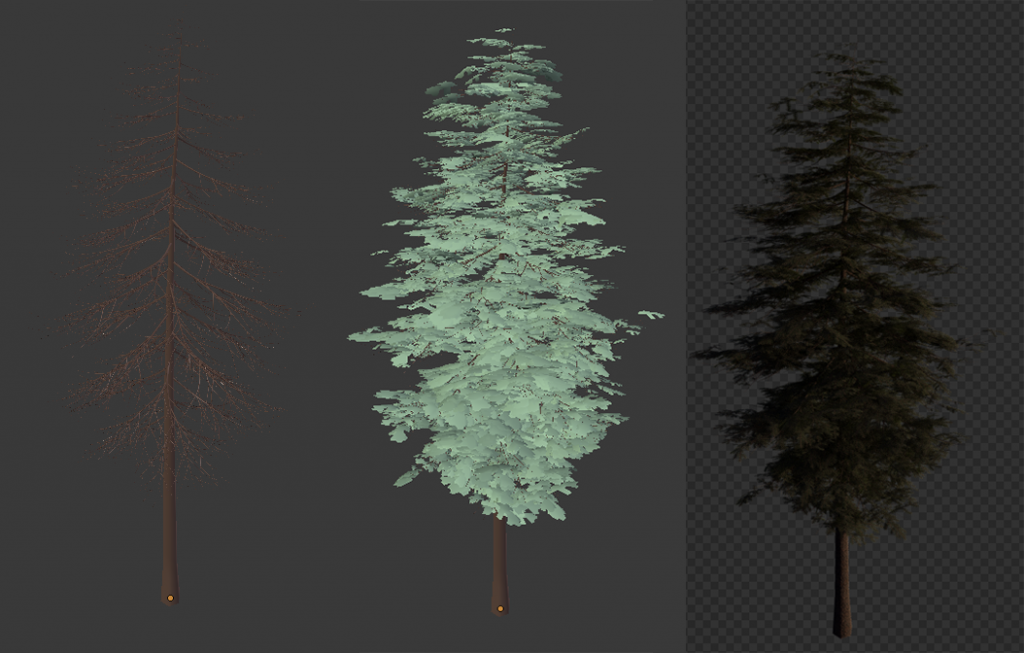 I had to only use 500 samples and the denoiser for the final render so my, a bit outdated, machine doesn’t explode (it already took around 12 hours with those settings). That created some artifacts but nothing too big that couldn’t be easily fixed in photoshop. I also used the filmic blender with a base contrast.

Post processing was done in photoshop but i’m pretty sure you can achieve same effect with gimp. I only added the sky and some Zpass-controlled volumetric effects with a color balance and levels adjustment layers on top. At the end i added a vignette, some fake noise and a bit of chromatic aberration. At the very end, after taking a small break from the piece I decided to crop it a bit. I believe that it’s good to keep your workflow fluid and make any changes that you believe will improve the piece.

Thank you for reading the article, hope you enjoyed it!

If you want to see some more of my blender renders as well as some of my 2D works you can visit my ArtStation page :) Happy Blending! 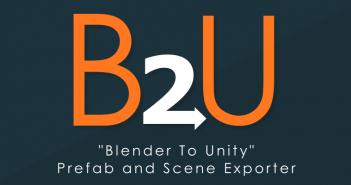 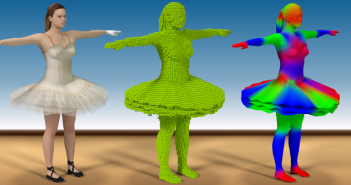