Italian Blender artist Davide Pellino shares a look behind the scenes of his 'Fantasy Village' scene on Sketchfab.

My name is Davide, I’m 31 years old artist from Italy and a self-taught guy who spends half of his time working on 3D models and the other half to make them look as if they were not 3D made.

I like to design dreamlike scenarios and fantasy characters, focusing on finding my own way to mix many different things together, such as combining handmade sketchy textures with realistic ambient lighting, or low poly fairy-looking models with procedural materials and toony lineart. After a long time (and a millions failed experiment later) I finally came up with something that would like it was drawn by Tim Burton and painted by Hayao Miyazaki, spiced up with some of my personal taste.

Let’s now take a look inside the Island following a breakdown on how the whole scene is made, starting from the base materials until the final compositing. To make things clear I’ll show all the steps by using only the Moka House since the workflow is the same repeated on all the other object in the scene. 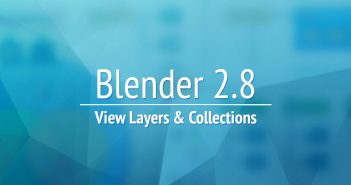 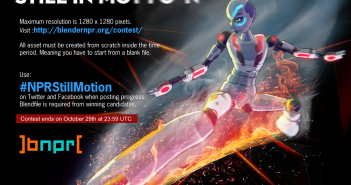 Next Article Still in Motion Contest