By Bart on March 3, 2017 1 Comment
You're blocking ads, which pay for BlenderNation. Read about other ways to support us.

Last month, I wrote about how Daniel Bystedt from Bläck studios used Blender in the creation of the characters Sebastian and Lu in the famous Unity Adam demo. I talked to him about this project and about using Blender in a high-end project like this.

Hi Daniel, thanks for taking the time to talk to us! Can you tell us a bit about yourself?

My name is Daniel Bystedt and I’m a character artist, working at Bläck studios in Stockholm, Sweden. I love sculpting and concepting characters and creatures, but I also do some environment work. I’ve been using Autodesk Maya since I started working with CG, but when I started using Blender three years ago I got hooked. I was very surprised over how much easier it was to work in Blender and how much stabler the application is. Now I do all my modeling and sculpting in Blender and Zbrush.

Can you introduce Bläck to our readers?

Bläck studios is a CG studio that is producing cinematics for games. I get to work with amazingly talented artists and in house directors, and I am very happy to be a part of the crew. The atmosphere in the workplace is very open and each artist takes a big part in the creative process during production. Regarding software we are mainly using Maya, Vray and Houdini but some people besides me has started to use Blender. Bläck studios is a part of the Goodbye Kansas entertainment group and we collaborate a lot with our sister companies:

What is your role at Bläck?

I am working as a character artist. In that position I get the opportunity to model and concept all kinds of characters and creatures, ranging from realistic humans to fantasy creatures and robots. From time to time I also do environment modeling work. On some projects I also have more of a lead and supervising role in the modeling team.

How do you use Blender in your workflow? Are other artists in your company working with Blender too?

I use Blender for pretty much any asset that I create. I still prefer to sculpt in ZBrush, but when it comes to big environments I prefer to sculpt in Blender where I also can scatter plants and such. I really love the procedural approach to modeling that Blender offers compared to other software. Being able to bevel edges with the bevel modifier is fantastic! I also use the addons HardOps and BoxCutter a lot. Both of those can be found at blendermarket.com. At work we use Vray, but I use cycles for all personal projects when it comes to rendering.

I have been preaching Blender to pretty much everyone at work. A lot of people are still using Maya, but some brave souls have jumped on the Blender train and think it’s great! We mainly use blender for modeling, uv and environment work. Other departments like lighting, animation and rigging are mainly using Maya or Houdini.

As you’re working in a high-end industry environment, are you getting any positive or negative feedback when using Blender?

When I started using blender, other industry professionals were surprised that I used it, since they saw it more as a “hobbyist cg application”. Nowadays people usually give Blender better recognition. I think that one factor to this is that the magazine 3d artist has featured a lot of blender tutorials and articles.

Creating Sebastian and Lu for the Unity demo: can you tell us a bit about what this project looked like? How did you get to do this project?

Bläck studios was hired by Unity to create these characters for their Adam unity demo. I was assigned the task of modeling and sculpting the high resolution models of these characters. I used Zbrush for sculpting, Blender for all hard surface parts and Marvelous designer for the Luitenants jacket. Georgi Simenov created the character concepts and I based the model on the Adam character model by Plamen Tamnev. During the project Jonas Thörnqvist from Pixelgrinder acted as my art director. Me, Sandra Isaksson and Christopher Brändström worked on the low resolution models of the character after the high res models were finished. Chris also did some texturing work on the characters. In the still renders that you can find on my artstation page I actually created some procedural shading and rendered them in cycles.

Grendel concept for the tv show Beowulf: return to the shieldlands

Skin shifter concept for the tv show Beowulf: return to the shieldlands

troll concept for the tv show Beowulf: return to the shieldlands

What was your biggest challenge?

The characters have a lot of detail and small objects attached to them. It was a challenge to adjust the shape of some objects and still making sure that no smaller objects were intersecting after that change. Luckily it was easy to solve with Blender. One example is the cable straps with attached shards that hangs on top of Sebastians cape. I made a nice solution with array modifier, curve deform modifier, hooks and vertex parenting to the cape in order to have the straps follow when I adjusted the shape of the cape.

Any tips or wishes for our readers?

In order to get good at art and CG there is one trait that will help you get there: grit. Keep your head down and put in the hours. Create project after project and try to do hands on work as much as possible. Don’t worry if the outcome of your latest project isn’t great. Just finish it and get on with the next one. Years from now you will look at your current work with new eyes and see flaws that you don’t see now, so there is no need to try and get everything perfect. Remember: progress - not perfect.

Be sure to visit Daniel's ArtStation to see more of his work. 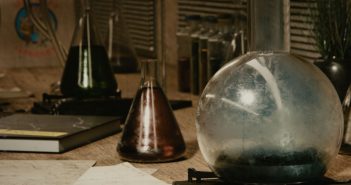 Previous ArticleTutorial: How to Create a Dirty Glass Material 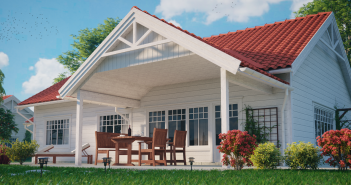