Here's another example of an indie studio who used Blender for the creation of their game assets and cinematics.

Omnidrone has just soft launched Titan Brawl on iOS, a MOBA on the go.

Titan Brawl is the result of the team’s commitment to changing the mobile space with 'Social from the Core' games!

This wouldn't have been possible without Blender - All the characters and backgrounds were modeled, UV'ed mapped and animated in Blender.

Whether you're a master of MOBA gaming or a total newbie, Titan Brawl will grab your from your first fight! Intense 3 minute brawls, awesome collectable heroes, single player and PvP battles! Titan Brawl blends action and strategy to test your combat skills to the limit! 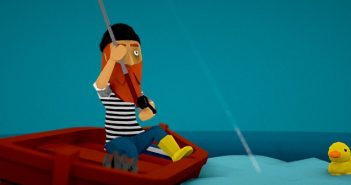