I was recently tasked with providing the visual effects for EMI Records country music artist Eric Paslay's music video "She Don't Love You." The video was shot in an abandoned 1850s opera house in a small town, about an hour south of Nashville, Tennessee. The space has gone unused since the 1930s and is in a state of extreme disrepair. At the video’s finale, director Wes Edwards, wanted an VFX shot to show the theatre in a restored condition. My job was to provide a 3d model of what the theatre would have looked like in a pristine state, integrate that model with footage of the artist, and provide some simulations of plaster walls crumbling backwards.

I had the pleasure of working for Wes Edwards before; I provided the VFX plane shots for Dierks Bentley’s "Drunk on a Plane" video in 2014. I was excited to travel with Wes and his crew to the location scout, armed with my laptop and a Microsoft Kinect. Using Scanect software from Occipital, I took scans of the interior of the theatre. The scans were very dense, but provided me with enough reference to reconstruct the room as it might have once looked.

I imported these scans to Blender and arranged them, which gave me a complete picture of the room. Due to the condition of the room (sagging floors and an all but nonexistent ceiling) this was not your typical retoplogy job. I ended up building out a complete model of the room. Wes and I spent an afternoon working out the details of the final textures and lighting scheme. It was a very helpful experience and I learned some excellent lessons about lighting. It was great to watch Wes at work; he is truly a gifted artist and filmmaker.

With the completed model ready, I used Blender's camera tracker to solve the camera move from a piece of footage taken on location. I rendered the file with Cycles. The original footage was somewhat grainy, and I was able to get by with rendering at only 400 samples. I rendered out depth passes and brought my renders into After Effects. There, I did the job of rotoscoping Eric from the original plate and compositing with my render. I used the depth pass to create depth of field using the Lenscare plugin for AE by Frischluft. All the footage was de-noised by Wes using the neat video plugin for Premiere.

For the plaster wall shots, I took a photo of the wall slats from the shoot and used it with the displacement modifier to give me a quick model of the wall slats as well as a texture. I added basic cubes and scaled them to make the plaster walls. After texturing them I used the cell fracture tool and generated the fractures that I needed. I then selected which pieces to use in the physics simulation. I slowed down the speed of the physical world and adjusted the gravity settings to make pieces jump out from the wall. Next, I created a hidden dummy object on a separate layer to collide with the wall. I lit the scene with an image from the shoot and rendered it in Cycles. Again, the footage was comped in After Effects with the Lenscare plugin.

I would like to thank Wes, our producers, Jennifer Rothlein and Marshall Altman, as well as Clarke Gallivan, Jana Laiolo, Angie Lorenz, and everyone at Ruckus Film.

Many thanks to Ton Roosendaal and everyone at the Blender Institute for bringing this amazing piece of
software to the world. 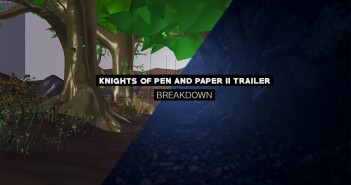 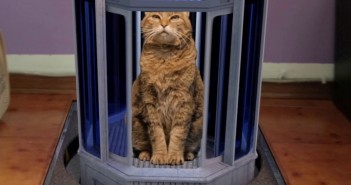