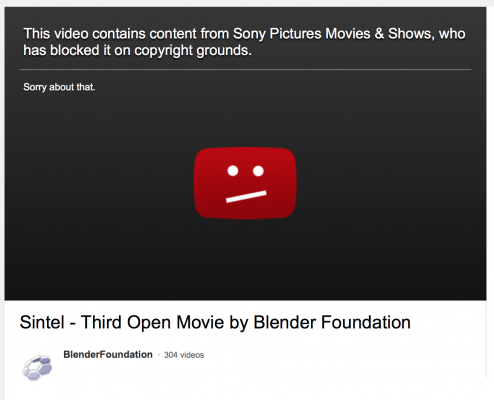 At the moment of writing, the official Blender Foundation version of Sintel on Youtube is unplayable. Instead, it shows the following message:

"This video contains content from Sony Pictures Movies & Shows, who has blocked it on copyright grounds."

No Sony, it does not.