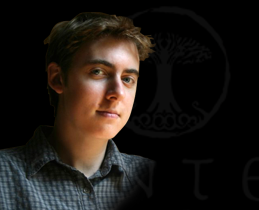 Colin Levy, Director of Sintel, has joined Pixar. It's pretty amazing what working on a Blender project can lead to :) Congratulations Colin!!

So! Here's the skinny: I've been offered a 12-month Resident TD position in Pixar's Camera & Staging department. So what that means is that starting September, I'll be working on an actual film in production, involved in the kind of work that's also sometimes called "layout" or "previs". Basically, placing/animating cameras and blocking characters, developing the shot design and timing of action within scenes.... at least that's what I think!

I don't know exactly what to expect, and I'm sure it'll take me a while to get up to speed. Mainly I'm looking forward to soaking in the creative energy and talent at Pixar. I know I'm gonna learn *so* much.

There's no doubt in my mind that I owe this opportunity almost completely to Sintel. When I had my interview with the guys at Pixar, basically that's all we talked about! (They seemed pretty impressed -- and very curious about the whole "Open Movie" concept!) Seriously, I feel deeply indebted to Ton and the Blender community.

Like a lot of kids my age, I've been dreaming of working at Pixar since I was in middle school-- about when I first discovered Blender, hah. So needless to say, I feel incredibly lucky to be in this position! Can't wait to start. :)