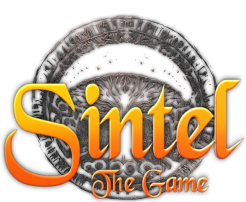 We mentioned Sintel the Game back in July. Here's a status update on the project and an excellent preview!

Part of our team attended the pre-premier of Sintel in Amsterdam a while back and we had the wonderful opportunity to show the Durian team a small demo of our game the next day. You can watch a video of Colin playing the demo here:

Focus since then has been on character modeling and re-thinking our workflow. David wrote a post about our modeling workflow on our blog as well as a time-lapse video.

A lot of our levels are being re-made (some entirely) so forgive us for the lack of in-game screenshots on our site. There will be updates in that regard in the upcoming weeks.

We've also re-worked our Sintel character to look more easy on the eyes. Although she isn't finished, we think we've improved her a lot. Noah re-did the hair entirely and re-designed the way we did character's eyes. You can read more about it here.

Also, we are still looking for character animators! Email jon(at)sintelgame(dot)org) if interested!