Sebastian König who created the Wasp timelapse last November, as promised has released his new project of a fly. This time along with his modeling timelapse video he has included the first part of a tutorial.

"After publishing my wasp modeling timelapse , quite a few people asked for a tutorial. So I thought, yeah, why not. And what's more, there was a VJ from the UK , who asked if I could produce for him an exclusive timelapse modeling video of a fly, because he wants to use that footage for the visuals which he is showing in the clubs where he is performing. I found it quite interesting to see how sexy Blender's interface seems to look to some people without any CG-background:Â  ;-)

So here it is, the first part of my first tutorial, covering a very short introduction to Blender's interface, the use of Grease Pencil and some modeling techniques. In the other parts of the tutorial, which I hope to finish soon, I will cover the use of dupligroups, some basic rigging, hair editing, shading and some basic compositing / rendering. 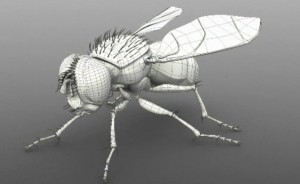 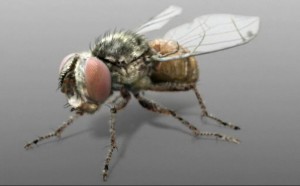 If you want to get an idea of the whole process you can watch the timelapse at For anyone who is interested, the tutorial can be found here: "