For those of you who are like me, that is, "technically challenged" to understand a new function in Blender, I really, really appreciate those of you who take the time to decipher a function and write a tutorial in a simple, clear and precise manner. Sometimes when I read what the Coders describe of how to use new function, it's usually in a more technical explanation. I get frustrated because it just doesn't sink in.

So I then dig in and experiment by pushing buttons and setting parameters, render it and hope I get the desired result. While this can be fun, it's also time consuming. Yes, I know, one can learn more by experimenting, but I'd rather be modeling, animating and creating a story than spending hours learning a new concept.

Oliver Saraja's Vector Blur tutorial is a prime example of a well written tutorial. It's simple and to the point. Thanks Oliver! It's just what I needed.

Here's an short clip of before and after adding the blur from an animation that I'm working on. 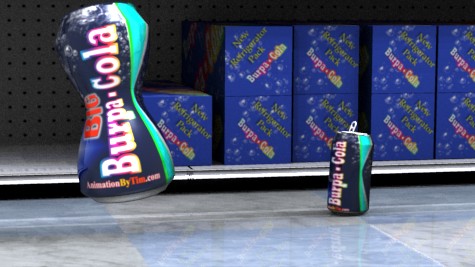 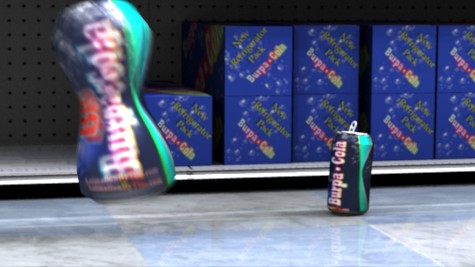 One other point to you tutorial makers, because Blender is constantly evolving, buttons and menus sometimes change locations. So when a tutorial is written for say Version 2.37, the same tutorial is no longer valid in 2.42. It would be great if every tutorial followed a basic protocol such as stating what version of Blender was used and who the author is.

Here's an example: I was going to write about a Softbody Video Tutorial that Eugene saw on BlenderArtist a while back. It's a very good tutorial but as I was following along I could not find the locations of the buttons. Well since it was a video tutorial, I could see what version of Blender was used which was older than the version I was using and the Coders must have change the location of the buttons in the newer version. Since I've been using Blender a long time and know my way around, it didn't take me very long to find them. But if a Newbie or an experienced CG'r are trying out Blender to see if it's good enough for their pipeline versus the paid-for program they're currently using. Think of the frustration that they will have and what a turn off it is to not find the buttons.

I know a lot of you have been there too. Something as simple as stating what version was used can save the tutorial user a lot of frustration and headaches and help make Blender more user-friendly.

So what do you think about this? Leave me a comment about your trials and tribulations with tutorials and what suggestions you have to improve them. If there's enough input, perhaps we can come to a consensus and I'll create a Tutorial Protocol list that will be posted in the BlenderNation Tutorial section. Oh yeah, and don't forget to check out the Vector Blur tutorial, it's very good and so are the other tutorials on OlivS' Feeblemind site.