Blender's next Open Movie has just been announced! Francesco Siddi just announced this new in a post on the Blender Studio blog. After the hyperrealism of CHARGE (which is still warm out of the oven!) comes "Pet Projects", a short film pushing stylization and hybrid workflows combining 3D NPR and Grease Pencil! Grease Pencil is the sleeper hit taking studios by storm, with it being widely adopted for storyboarding and even 2D animation, be it for short films or feature projects.

Open Movies are an incredibly unique aspect of the Blender ecosystem, and a boon for both its developers and the community at large. On the one hand, the various Open Films tackle challenging areas and CG/VFX production, serving as a test-bed and proving grounds for Blender's latest and greatest and not yet developed tools. On the other, the whole film-making process is extensively shared on the Blender Studio website, from the earliest sketches to the finished assets and scenes, making this an incredible learning resource for the community.

A Blender Studio membership is required to unlock all the assets and more mentioned above, and is also a great way to support the studio's creative endeavors for the betterment of Blender and its ecosystem.

Check out Francesco Siddi's announcement post for more information on the upcoming film on the link below, and sign up for the Blender Studio to get all out of the development cycle of this upcoming beast! 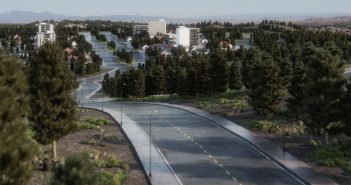 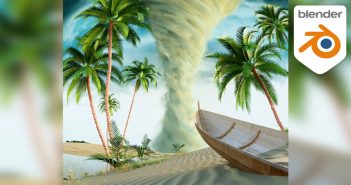 Next Article Behind the Scenes: Sandstorm