A young Tibetan lady goes on an expedition to The Himalayas in search of ancient hidden treasure up against the extreme cold temperature and weather conditions and at an altitude of 7,005 m or 22,982 ft from the sea level. Many people tried but none succeeded finding anything. But she believes in herself and with faith she continues her journey. Being guided by spiritual, divine energies and with extreme will power, she finally comes across an ancient sculpture of "Lord Buddha" which is mysteriously sculpted on a rock the wall of a mountain, yet unknown the creator of the majestic creation.

Okay so this one isn’t a regular anime edit. Neither this one was planned. So basically the thing that happened is I was sick so I had to stay at home. It was really boring so I was just playing around with blender experimenting stuffs and learning a lil bit. I was trying to learn environment design, terrain design and more refined camera movements. Turned out the outcome was pretty impressive. So I thought of a simple storyline as explained above and put my imaginations into action and made this short 3D CGI film in blender. After I was done with the renders and stuff I did the post processing and sound design In after effects and here’s this video is what it finally turned out.

Thanks for watching, tell me how you liked it in the comment section and if you really love the edit, shares to your friends would be highly appreciated. Yall can comment opinions, suggestions too :)

This 3D Project was inspired from the game "Tomb Raider"
Dedicated to all My favourite people and my favourite creators out there ! 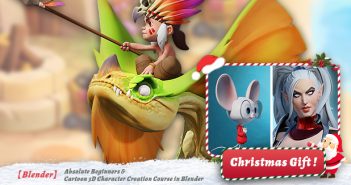