Hi, my name is Bhavin Solanki, and I’m a 30-year-old self-taught 3D artist from India. I’ve been using Blender for about 7-8 years now. I like creating realistic scenes in Blender.

I was chatting with my friend and we were talking about how much we liked Bob Ross. I like to go to sleep watching an episode of Joy of Painting on YouTube. I always wanted to make an art piece as a tribute to Bob Ross—so that day, I decided to start working on it.

I started by gathering references, some painting,  and photos with the elements I wanted. I don’t have much experience in natural scenes, so I wanted to keep the scene fairly simple, avoiding too many complicated elements. I decided I just wanted a grass field with a cabin and some trees. 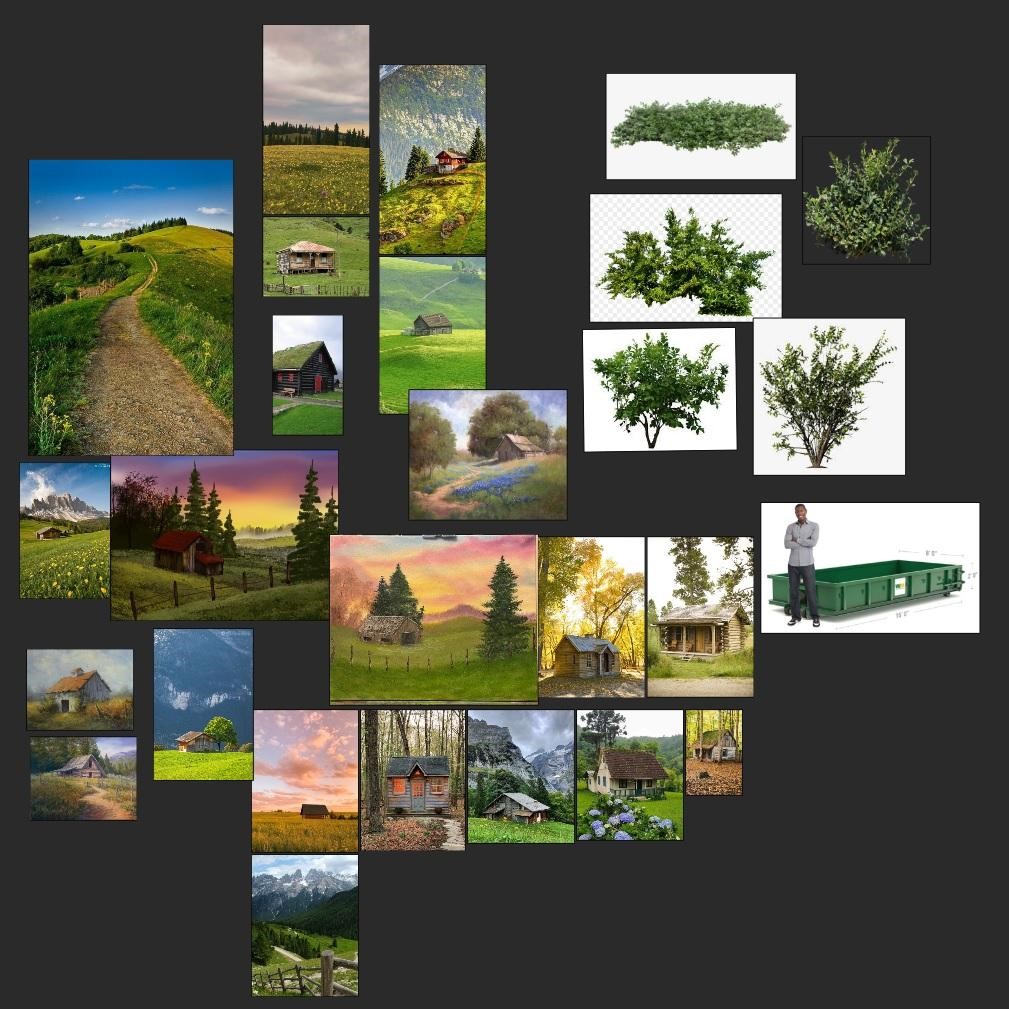 And I blocked out the idea with a horrible sketch at first. 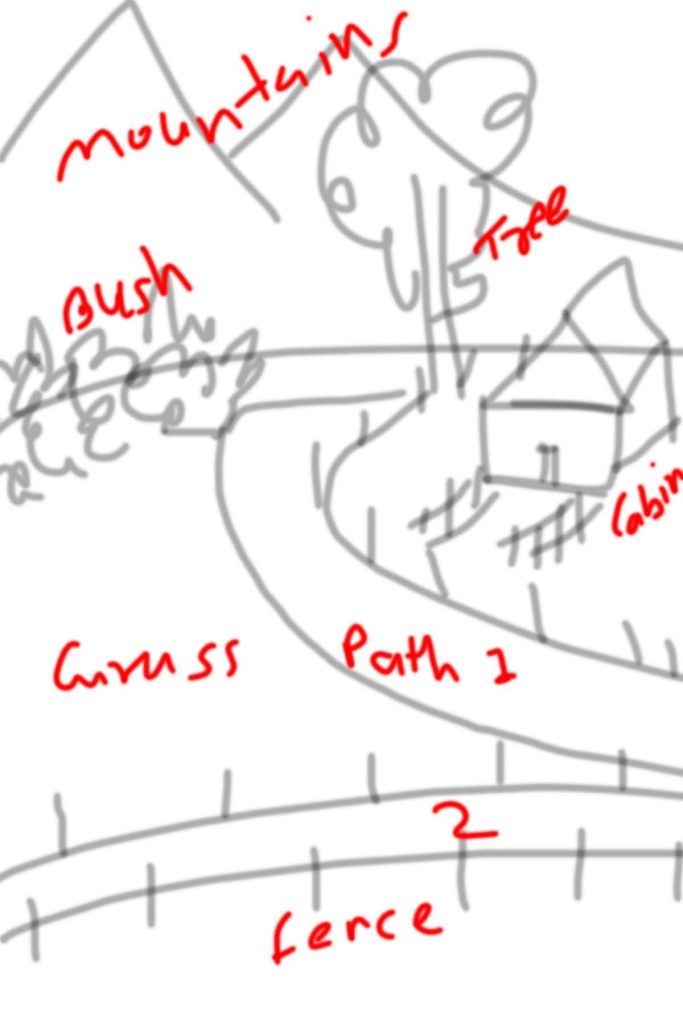 Then, I blocked out the shapes in Blender so I could set up a camera and have an idea of what it would look like, which also helps with deciding the scale of the scene and elements. 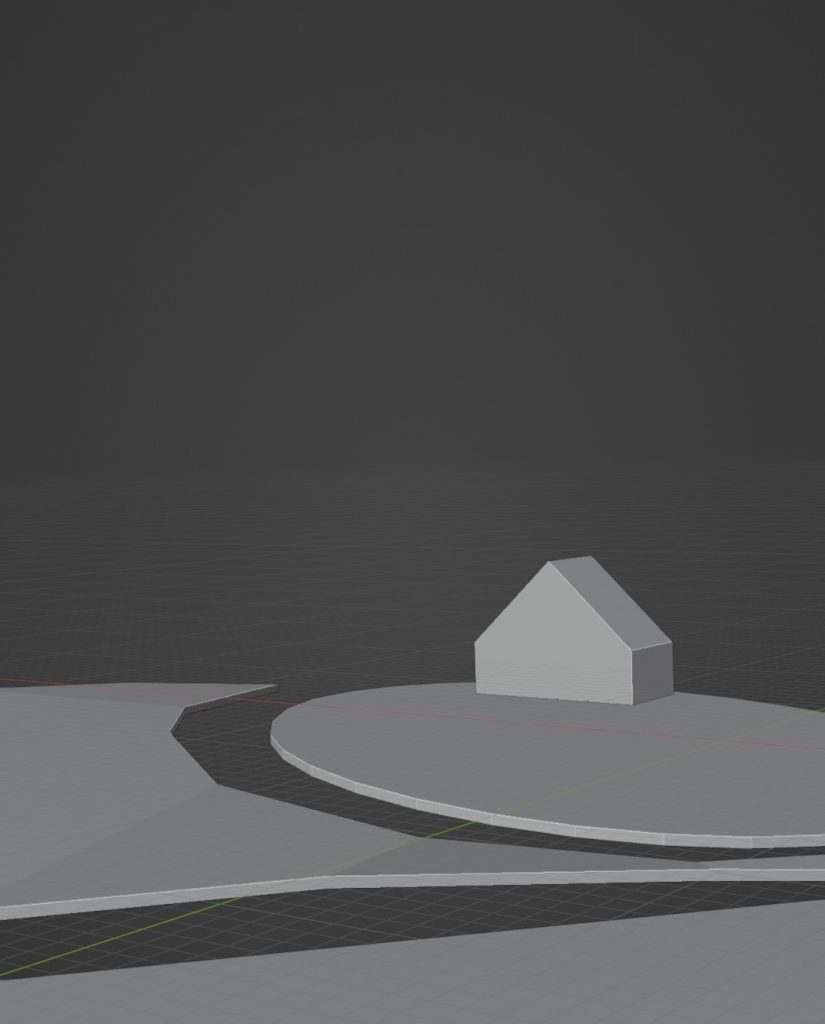 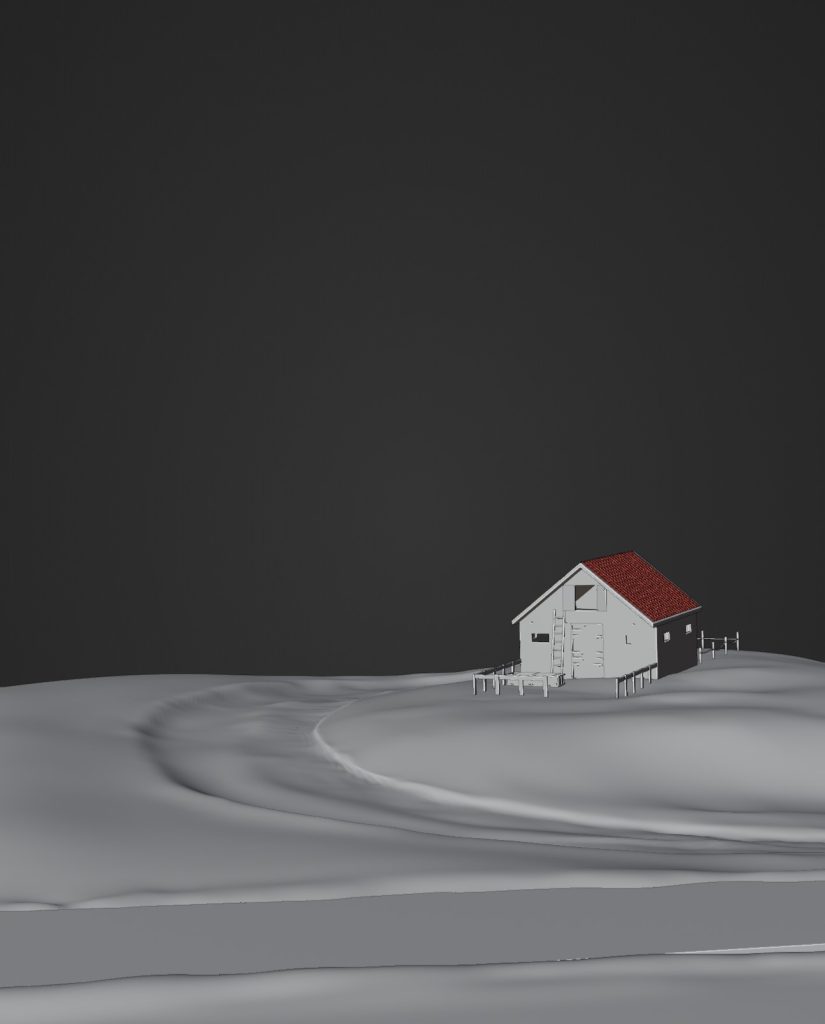 I made the big trees with MTree add-on, keeping it in high resolution and detail. I also made some bushes with the Sapling Tree Gen add-on. 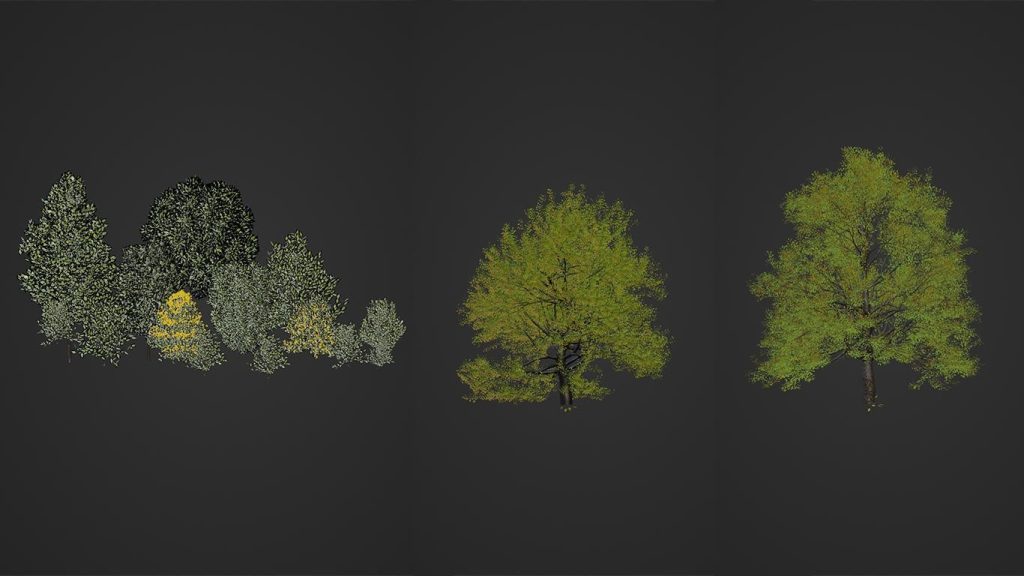 For the grass, I used Gscatter. I made a few custom grass and flower elements and used a few from the library, and scattered them on the terrain. Using the weight paint option, I scattered those elements exactly where I wanted on the terrain while avoiding the path. 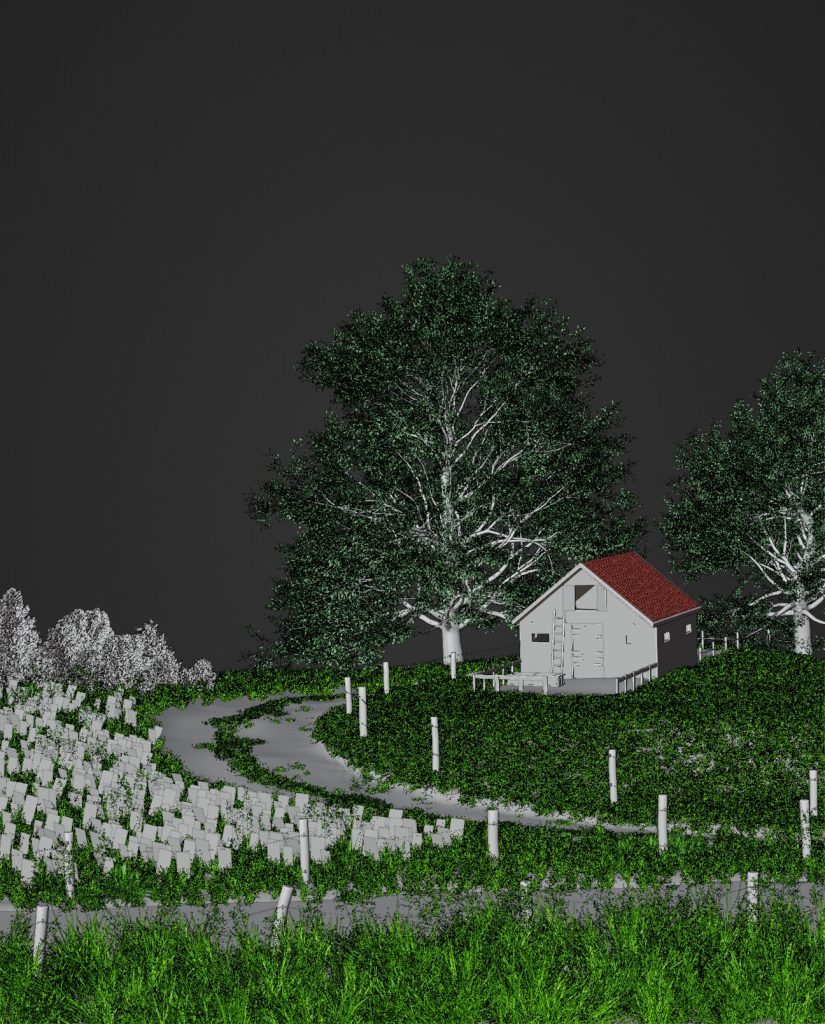 For texturing, I used pretty standard PBR materials. For the patch, I combined two shaders with a mask as a factor that I painted in texture painting with black and white. 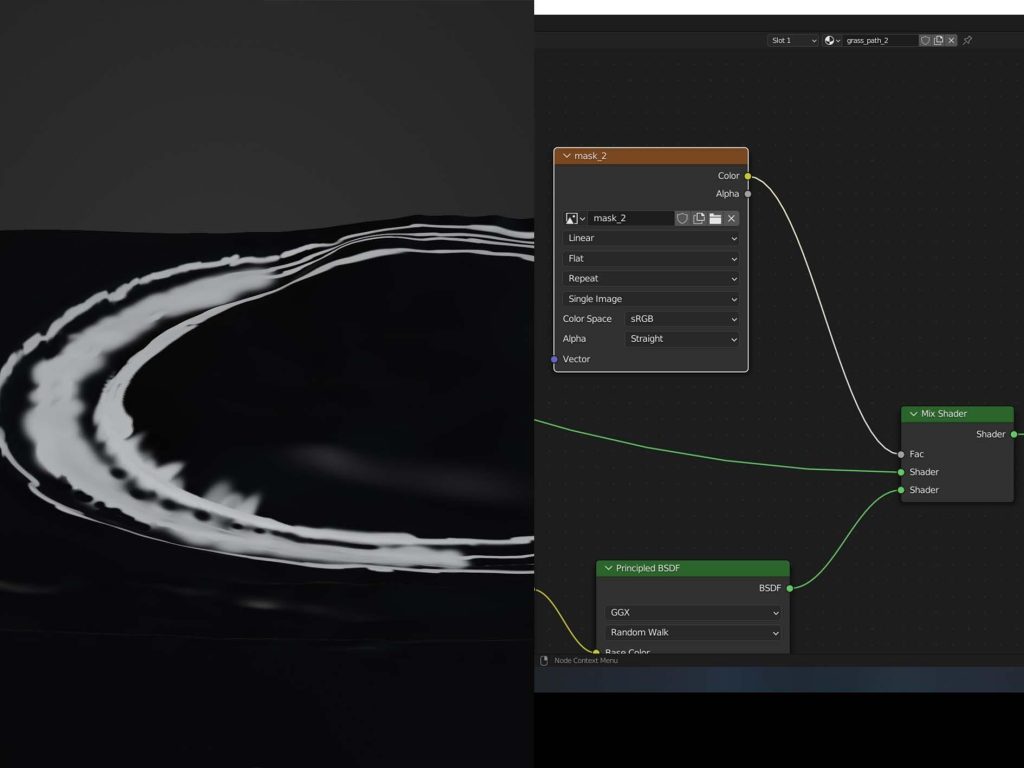 This allowed me to get a smooth transition from grass to dirt for the path. 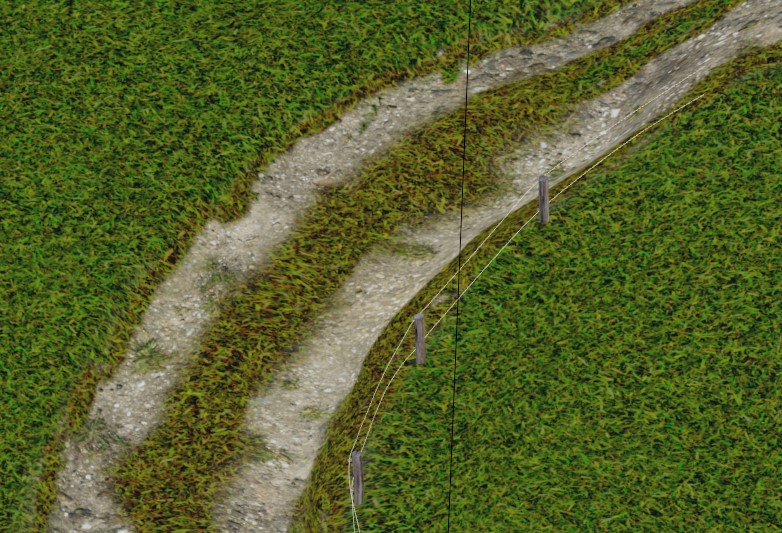 The lighting was very simple; it is just the cycles’ in-built sky texture in world environment settings. I kept the power and sun elevation low to get the nice long shadows and golden sunlight, and  I added a plane in the background as sky with just a sky image plugged in as diffuse and emission. This way, the sky is nice and visible and also casts some colors on the scene. 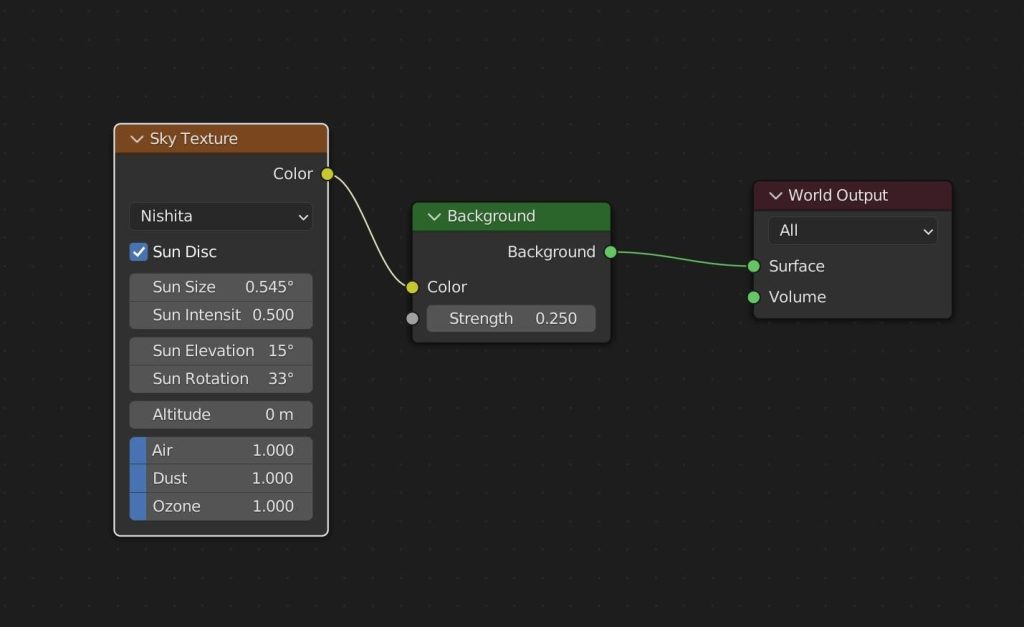 I like to bring the final image in Photoshop. I rendered it with a z-depth pass to add some fog and dust effect in the scene. That added a lot of depth in the image. I like to use the camera raw filter to get the shadows and highlights just right. I added some final touch elements like the birds in the sky and bunnies in the grass. And finally, a color lookup filter to get those warm sunny colors.

Here is a YouTube short that shows the progress of making this scene. 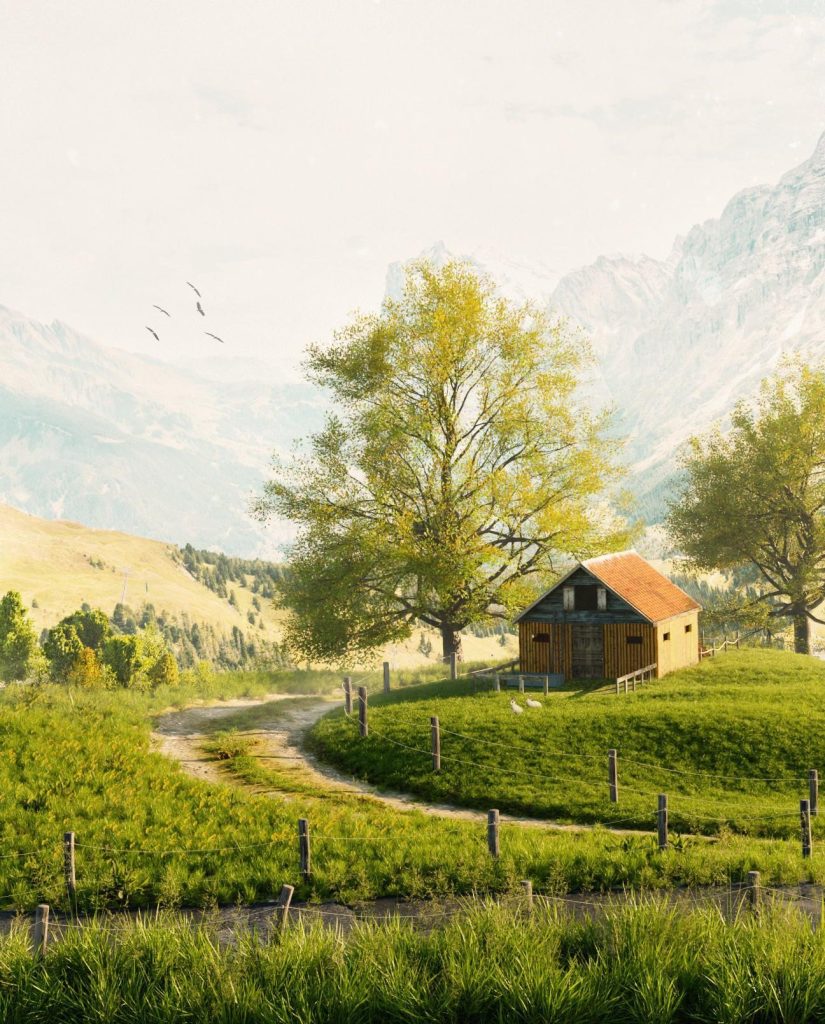 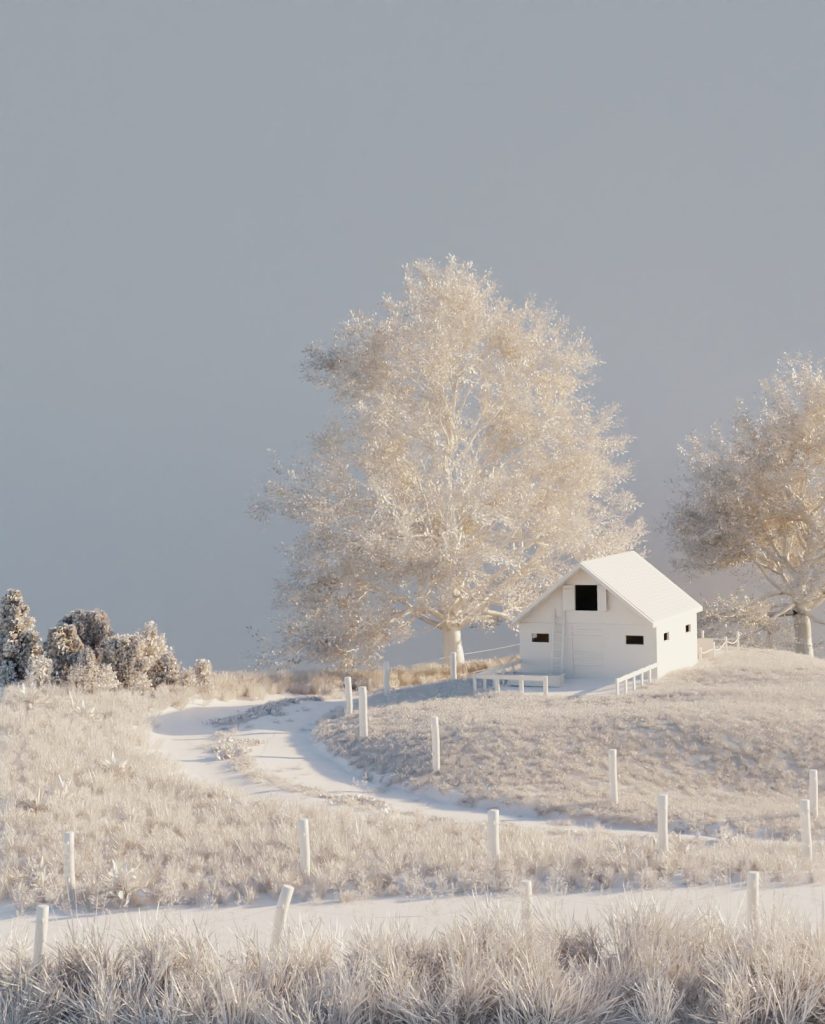 And that's all folks!

Thank you, and I hope you learned something! 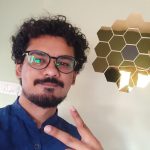 Bhavin Solanki, a 3D artist from India, currently working as an independent freelancer. 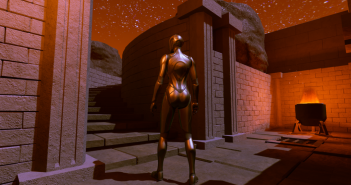 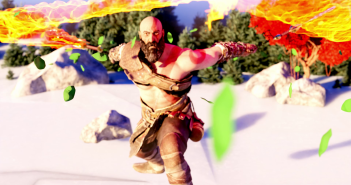