This is it: The first In-Person Blender Conference has just started after a three-year-long hiatus! The Felix Meritis was buzzing with energy from the very first minutes of the conference, helped in part by the surprisingly clement weather for end-of-october in Amsterdam.

All this anticipation and excitement came to a head during Ton Roosendaal's incredible keynote, which I can only describe as "glorious" and "triumphant". His steadfastness and vision made him the de-facto steward of open creation, and I can't think of a better person to lead us through the quagmire of the shareholder-appeasing-corporate-profiteering technological landscape we find ourselves in. Ton's keynote perfectly voiced the creeping dread artists and technicians are feeling over the world's direction these last few years, before quickly instilling a sense of hope for the future, rallying the auditorium, blender heads, and libre-lovers around Blender's resounding warcry, which is now 20 years and millions-people strong: The Freedom To Create. If you haven't already, do yourself a favor and watch it below:

Next, came the inevitable Sophie's choice: which talks to attend from the dozens of incredible ones, sometimes happening concurrently? This year's roster reflected Blender's incredible growth since 2019: From 2D to 3D, freelance artists to huge studios, films to microbiologists and forensic architects, artists to technicians, everyone was presenting amazing work and insights. Thankfully, every talk was uploaded shortly after it was finished to Blender's youtube channel, making this marvelous wealth of information shared public for all! The first day alone brought about 28 talks uploaded to Blender's youtube channel!

Behind the scenes. #bcon22 pic.twitter.com/OMuGD7nU0s

Beyond the more "traditional" talks, I also attended the French Speaking Meeting, during which I finally met people I'd only communicated with online up until that point! That meeting acted like a microcosm of Blender, with attendees varying from hobbyists to hardened right-clicking Blender veterans; There is only one place where you can find people working in industrial design chatting with crime scene forensic artists talking passionately about the same tool for their job.

Awesome! We were around 50 people at the French speaking meeting during the @BlenderConf #b3d #b3dfr #bcon22 pic.twitter.com/KovEgp0Nm9

This brings me to the really special thing about the Blender Conference: The small chats with Blender giants during lunch, meeting your favorite artists on the stairs as you're running from one talk to the next, your friend pointing at the Blender Guru or Dedouze as you muster up the courage to go talk to them, and the ever-precious selfie with the always smiling and bombastic Ton.

And that's just day 1. That's it from me for now, I have to go rehearse my talk (Saturday 13h30 with my ADV Colleagues!), and marvel at the three new Blender shirts I just got. See you tomorrow!

Hello, this is your friendly neighborhood Blendernation editor here, Mario Hawat. I'm currently at the Blender Conference 2022, and this is a post in a series chronicling my time there. . Check out the full series on this link.

Previous ArticleBCON: Use the Blender Add-on, Get a Month of Sketchfab Pro for Free 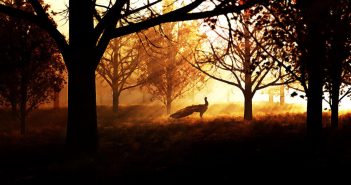