Time Tree is a Blender addon which adds a new way of dealing with Shot sequences using nodes instead of the common linear timeline. Idea is to speed up your iterative process of finding the best timing and sequence whether you’re working on a storyboard, montage or etc… Willing to reduce some workload of storyboarding iteration, I thought that instead of using a linear timeline we could maybe have some kind of non linear time tree.

And it actually ended up very promising 😄

The idea is quite simple, a node represent a camera shot with its own settings like:
- Start frame, end frame (yes it can go backward ^^).
- Final duration or speed.
- Scene.
- Camera.
- A previous & next socket linked to another shot.

Main features are:
- Choose any Scene & Camera for a particular Shot.
- Use and Reuse any timeline range of the same scene.
- Change speed, duration to create slow motion, fast motion, reverse or better timing.
- Work on alternative sequences in a non-destructive way.
- Keep your Sound Synchronized.
- Export everything automatically to the VSE. 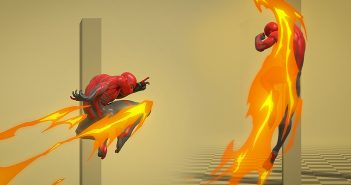