Hello everyone, my name is Minn Khant and I’m a beginner 3D artist from Burma. You can also call me Clark.

About four years ago, I got into Blender for the first time just to create Minecraft animations and stuff. It was pretty challenging for me because I didn’t know anything about doughnuts and other cool tutorials by Blender Guru. But, I’ve never used it to create my art pieces until I was inspired by a photo manipulation artist from Burma back in 2021. His works motivated me a lot to create my own artwork.

At first, most of my works were heavily inspired by songs from artists such as Avicii and ILLENIUM. After a while, I started focusing on cyberpunk and environmental nature. Still, I was limited by my pc though I love to focus on adding many details to the scenes.

For this piece, the whole concept was basically inspired by a place known as Bagan. There are literally thousands of pagodas and temples in Bagan. I hope everything will be okay in Burma soon.

In my project, I turned the surroundings into a greener scene to get the look of a natural environment. It turned out pretty cool, I guess.

Before starting my project, I browsed reference images on Pinterest and saw torii gates in the hill photographs. 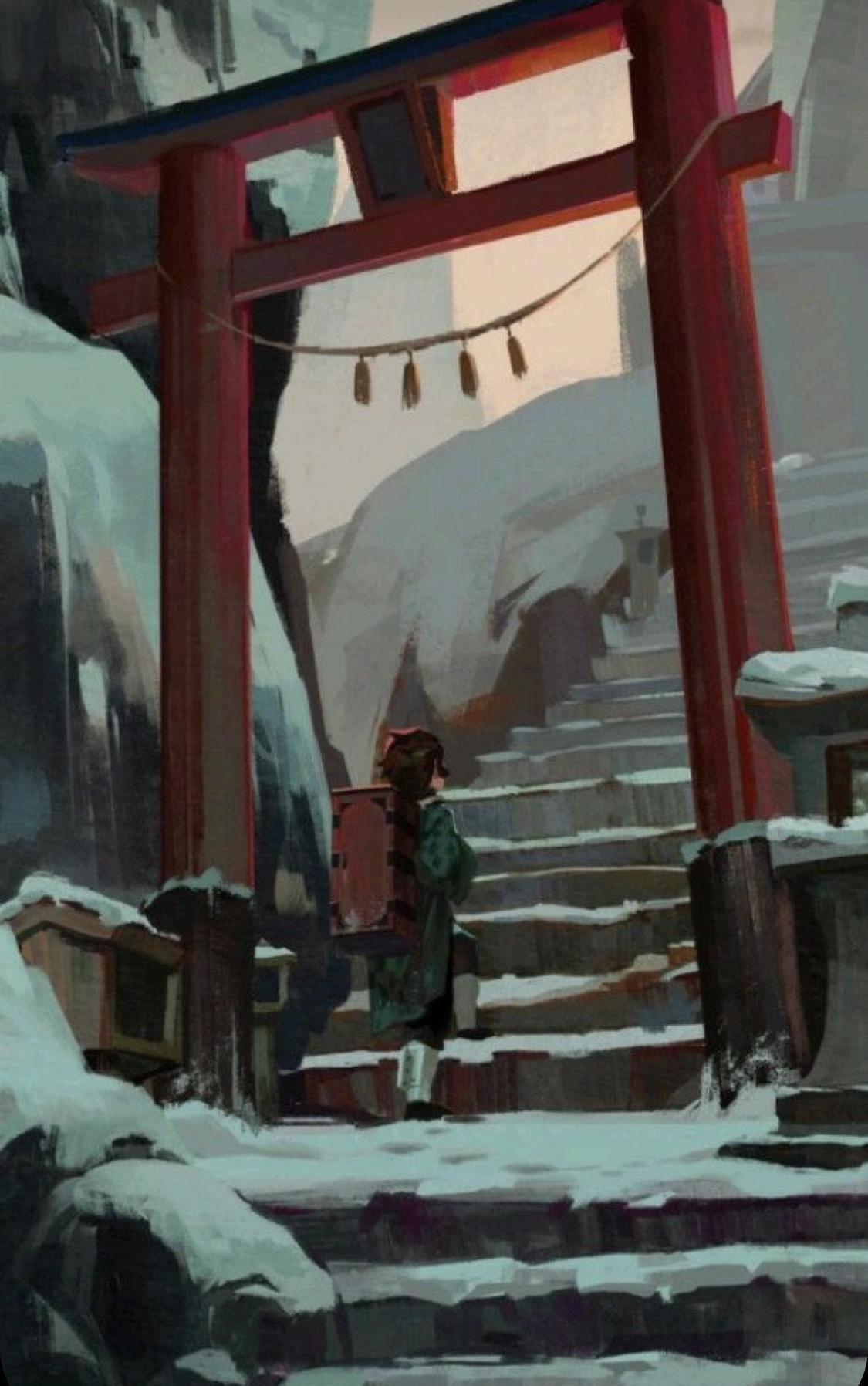 I initially planned to recreate the exact composition from the reference, but after sculpting the ground, I changed my mind and left it as a small hill.

After that, I added the ground texture which was downloaded from Quixel Bridge.

I’m not a huge fan of modeling but I tried my best to get that Bagan, ancient temple look. It became way easier for me after realizing the patterns. Still, I met a lot of difficulties while making it. 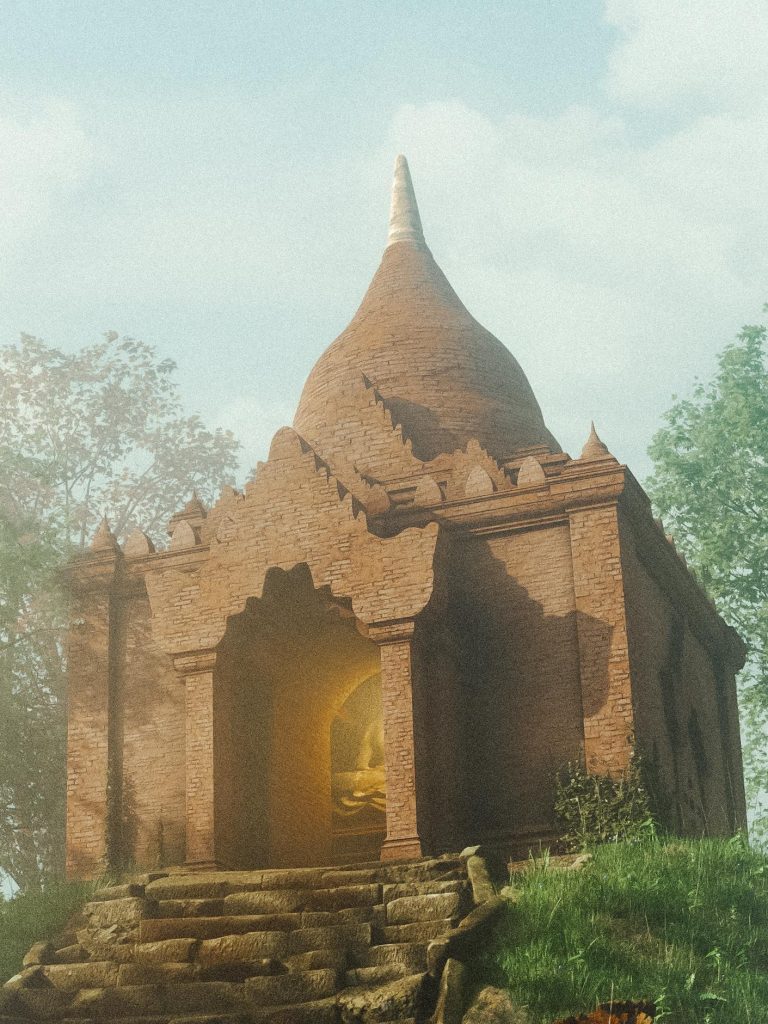 I also used the Botaniq addon to block out the scene with plants and trees. It has been a great addon for me since I started making natural environment artworks. Obviously, Quixel Bridge is the best place to find the assets when trying to get the realistic look. 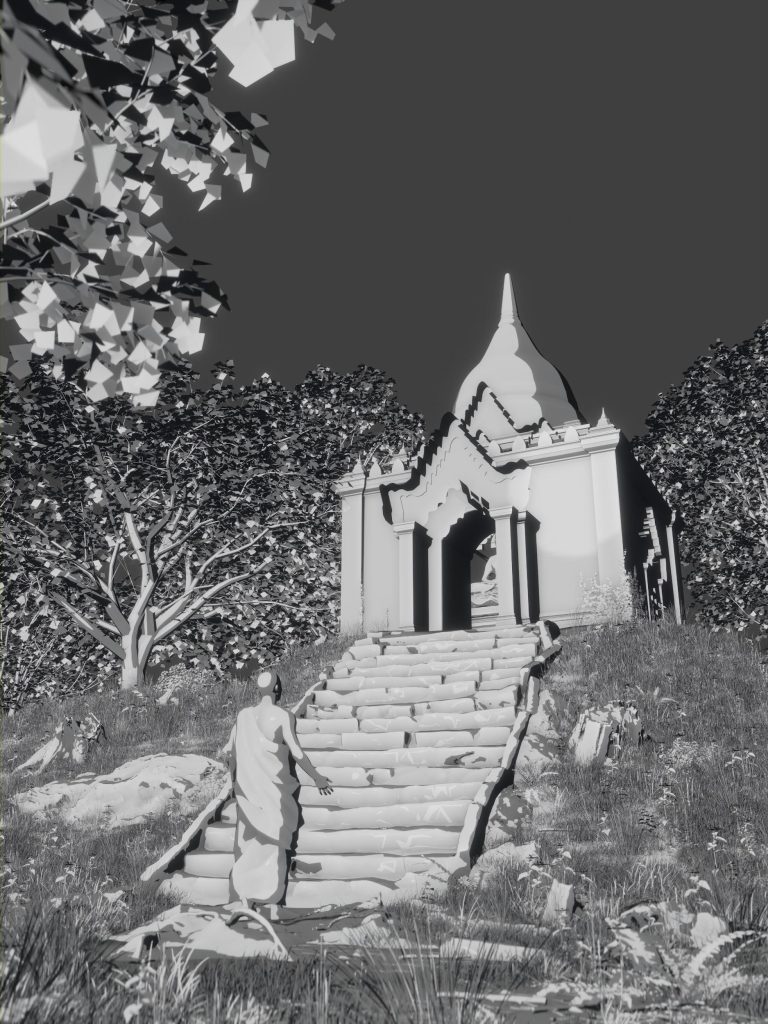 I placed the temple on the higher ground and placed the stairs to complement the greatness even for a small temple.

For the monk, I generated a model with the help of Human Gen addon. I wasn’t satisfied with the cloth simulation for the robe, so I downloaded a model with a robe from Sketchfab and then replaced the character with a few adjustments.

My initial plan was to have a man with modern clothes, looking towards the temple.

But later, to match the mood of the scene, I decided to change the character into a monk, walking towards the temple.

I mainly use Adobe Lightroom for post-processing. Here’s the comparison.

This is before and after post-processing. 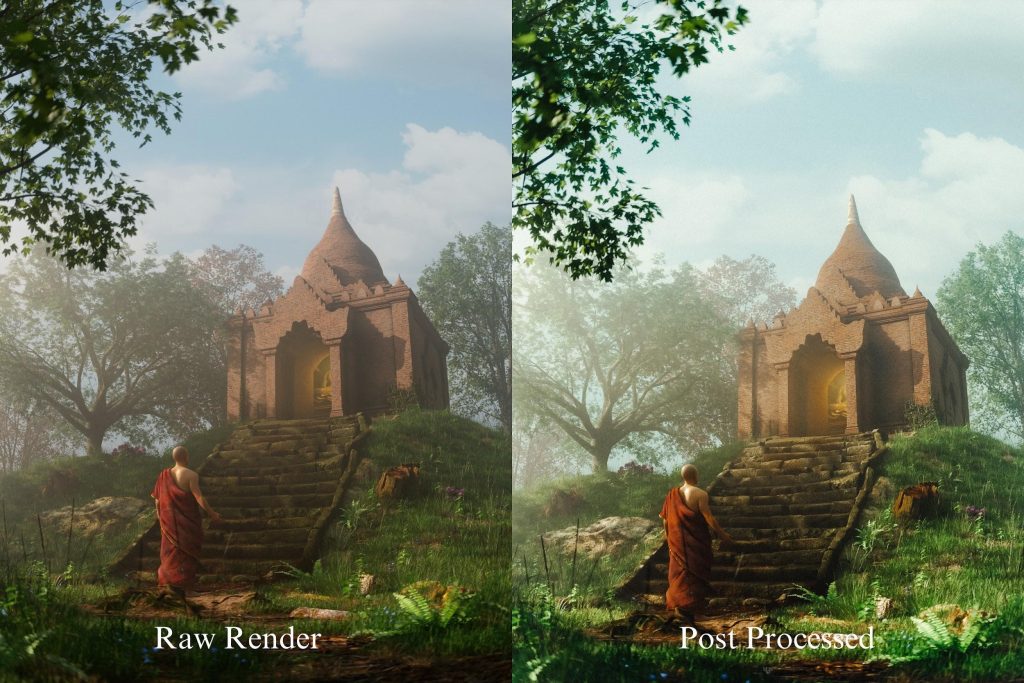 The lighting setup was quite challenging for me as I couldn’t get the full control on the Cycles render viewport. It took me about 3-4 attempts to get the final look. 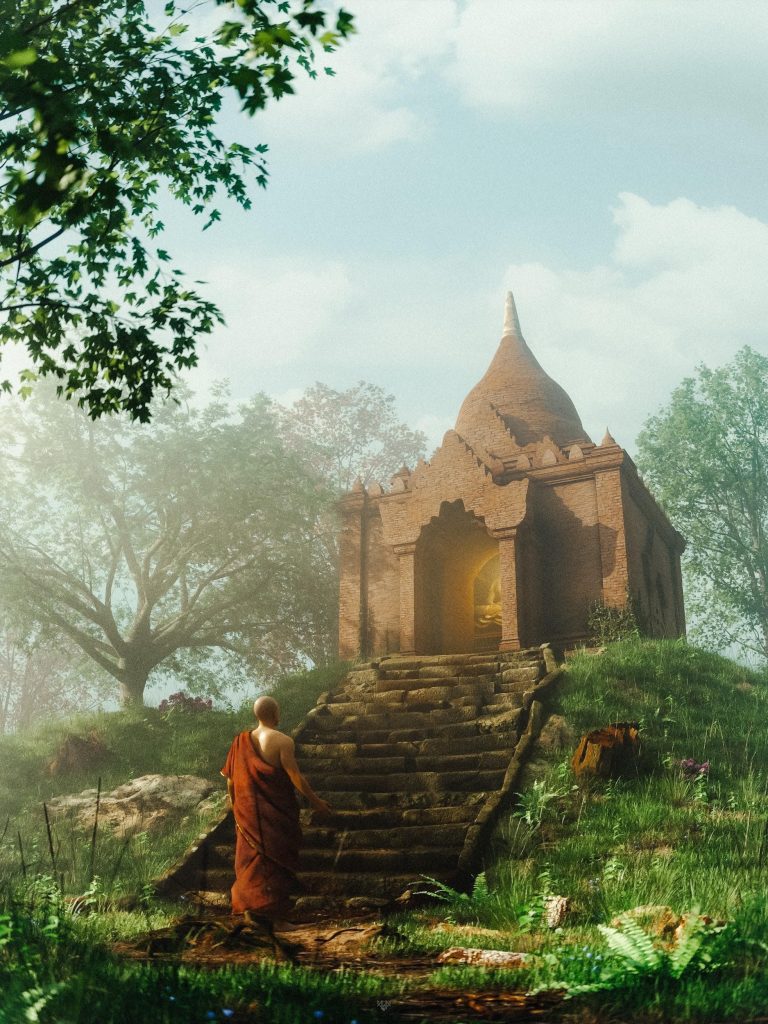 You can find more of my work on Instagram and Facebook. Thank you for taking your time to read! 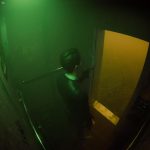 Minn Khant, a 3D artist from Myanmar. Currently looking forward to making a collaboration with music producers for album arts. 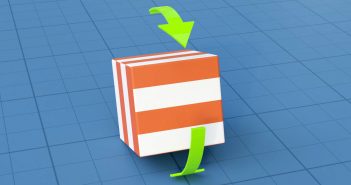 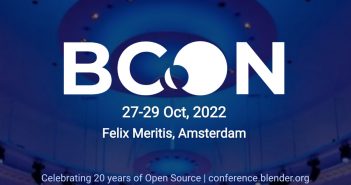